Furbies are Back—& They’re Evil on The Viral List

Evil Furbies are taking over pop culture, TikTokers are calling out Target and other big brands for “rainbow capitalism,” the emo revival on TikTok is more diverse, and New Balance’s new shoe is “ugly” and sustainable—plus more youth-focused news taking over social media! 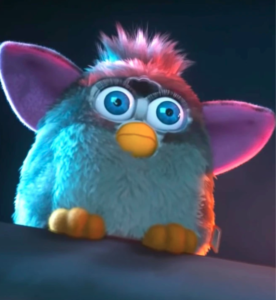 Furbys Are Back—& They’re Taking Over Pop Culture

The 2000s aren’t the only decade that’s back—the ‘90s have been coming back for years, and one of the latest things to make a comeback in pop culture? Furbies. This week, Netflix’s newest animated flick The Mitchells vs. the Machines has been trending on the streaming service’s top 10 most watched list, initially taking the number one spot during the first part of the week, and it’s all about a suburban family who band together to fight against a robot uprising full of, you guessed it, Furbies. According to co-director Mike Rianda, the film was inspired by both his “childhood nightmares” and love of the toy—and he told Slate that Hasbro was “surprisingly cool” with the use of Furbies in the film: “I think, to them, they have the new one, and the old one they don’t even sell anymore. I’m like, “Oh, that’s free advertising!”” though he cited that there was a limit to just how “evil” the toys could be depicted in it. Of course, this isn’t the first time a Furby has featured in a recent film: In 2019, a blinged out Furby necklace was the trademark prop of Adam Sandler-led Uncut Gems, and was heavily touted in the movie’s marketing. In a separate interview, Rianda told Thrillist his thoughts about why the toys have such a “potent legacy” that has “sustained the test of time”: “Unlike that some toys were just sort of made in a boardroom, [the Furby] seemed like it was one beautiful weirdo’s dream. It was just so singular.” And it’s true—despite the Furby shifting from adorable toy to being a scary, “cursed object,” it still managed to maintain its popularity through the years—which could also be partially credited to Gen Z’s continued fascination and love for weird, ugly things. On TikTok, the hashtag #furby has 158.6M views, while #furbies has 4.9 million views—and all the videos feature users sharing the toys, or creating strange scenarios with them. 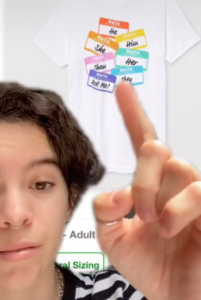 With Pride Month less than a month away, some brands have been starting to stock up on their rainbow-colored clothing, accessories, and products—and users on TikTok have taken to the platform to “rate” merch from stores like Target, Walmart, and Hot Topic. But many also call them out for “rainbow capitalism”—a.k.a the notion “that corporations earn both money and social capital from selling LGBTQ-themed merchandise.” Products range from t-shirts that feature name tags with pronouns to tank tops that say “hey ladies” with a color gradient design of the lesbian pride flag. On the app, users have specifically targeted Target’s newest LGBTQ-themed products, which come out every year. This year, their site lists around 250 items—which launched online in April and in stores earlier this week. TikTok user Sadie (@sfram1218) bluntly said, in a video that received 455.7K views, the collection “lowkey sucks” before going through each of their items. (She also has another series of videos criticizing Walmart’s Pride collection.) Another user, @trashbuns, created a video, garnering 706.4K views, going through the items of the collection and giving each item a rating of one out of ten. Users are using the hashtag #targetpride, which currently has 2.9 million views, to call out the brand. YPulse found that LGBTQ rights is one of the top social causes that young people are most passionate about—and last year, we told you about how brands need to stop “virtue-signaling” or “rainbow-washing” without taking any real action—and to be more transparent about the ways they want to support the community. 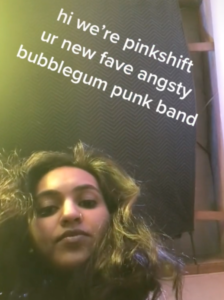 Thanks to Gen Z, Emo Is Back—& It’s More Diverse

The 2000s have been back and in the last year, the emo scene in particular has seen a prominent revival on TikTok as young people continue to turn to familiar songs and aesthetics to bring them comfort during lockdowns. We told you about how the TikToker who went viral for making POV-style videos about “waking up” in 2008—and since then, more and more videos revolving around the emo and pop-punk scene have emerged. The hashtag #emo has 4.1 billion views on the app, while #emorevival has 4.7 million views. Most of the videos are filled with songs by popular musicians and bands from that era, like Green Day, Paramore, Avril Lavigne, and My Chemical Romance. All Time Low’s 2007 pop-punk hit “Dear Maria, Count Me In” has become so popular again that it went “double platinum” earlier this year. But the genre is getting an update too: Previously popular artists like Sleeping with Sirens, Blink-182 drummer Travis Barker, and Machine Gun Kelly have been releasing new songs that have taken off on the platform, while bands like 3OH!3, Linkin Park, and Fall Out Boy have teamed up with newer bands like 1000 Gecs for new songs as well. This new crop of Gen Z musicians are diverse and “and are more reflective of the alternative community at large.” Emerging musicians like YUNGBLUD and TikTok stars Jaden Hossler and Hype House member Chase Hudson (a.k.a Lil Huddy) have released “radio-friendly pop emo songs.” Pinkshift is one of the several woman-fronted bands to ride the emo revival wave, while Fever 333—known for their “radical politics and imagery largely influenced by the Black Panther Party” has been getting a lot of attention for their first single “We’re Coming In.” 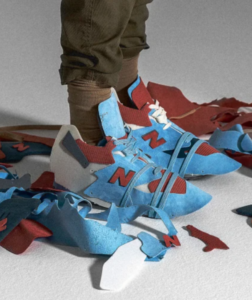 Last weekend, New Balance released a sneaker collection for their Made Responsibly line made “with a mix of factory scraps and new materials”—and because of the variety of sourced materials, each pair is unique. With only 2,700 pairs made available, they sold out as soon as they became available on May 1. With its explosive colorful designs that look like something out “of a Spider-Verse glitch,” Fast Company dubs them the “ugliest” shoe. But it shouldn’t come as a surprise that they sold out so quickly, since young shoppers have been part of the “cult of ugly” for some time now, with 70% of 13-36-year-olds telling YPulse that it’s now cool to wear clothing that was once considered ugly. Recently, other shoe brands, like Crocs and Birkenstocks, that are generally considered “ugly” have been popular again with Gen Z in recent years. But another interesting component of New Balance’s new shoes is the sustainability element: It’s all part of their Responsible Leadership strategy, which focuses on their sustainability goals until 2030 and include “sending zero waste to landfills,” a new apparel repair pilot, and only using 50% recycled polyester and 100% eco-friendly leather by 2025. Sustainability is at the top of mind for young shoppers today, and YPulse’s latest sustainability report found that young consumers are holding corporations at a higher standard to combat climate change, with 51% of 13-39-year-olds saying that brands should be creating more eco-friendly products. 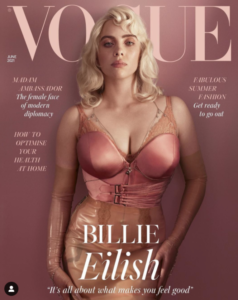 The hashtag #thriftflip is racking up millions of views on TikTok as users begin to move away from fast fashion.

TikTokers celebrated Teacher Appreciation Week with the hashtag #teachersoftiktok—and it has 9.4 billion views.

These “extremely specific” custom Starbucks orders are trending on Twitter—and baristas are tired.

This teen moved into a senior living complex—and TikTok can’t get enough of her life.

Britney Spears recently referred to the documentaries chronicling her life as “hypocritical.”