The YPulse team is forecasting the trends that brands should be watching in marketing, media, and retail this year…

We curated some of the biggest expert trend predictions for the coming year from other experts—and now it’s our turn. Based on our research on young consumers, we’re letting you know some of YPulse’s biggest forecasts for 2020. Our predictions from years’ past have included the fragmentation of streaming content, Black Mirror-esque tech, and increasing skepticism among young consumers—all of which we’ve seen come to fruition.

We’ve already shared some of the food and bev trends that could take off in 2020, now here are some of our predictions for the shifts in marketing, retail, and media that brands should have their eyes on: 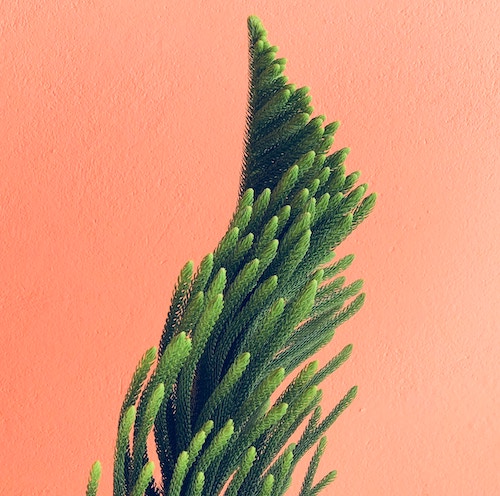 While some are saying plant-based foods will be a big trend in 2020, the reality is that it already became a major trend last year. It will of course only grow in that industry, with Impossible and Beyond brokering deals with major food chains and introducing new products (like pork and bacon) that will inevitably make their way into stores and young consumers’ fridges. But we think that’s just the beginning of the plant-based trend: in 2020, we’ll see the start of a plant-based everything industry. This fall, Reebok will debut their first ever plant-based performance shoe, which will replace oil-based plastics with plants. Already, plant-based clothing is beginning to be in vogue with young consumers—just look at Billie Eilish’s recent collaboration with H&M, which according to Plant Based News included “cowboy boots made with vegan pineapple leather and a ‘silk’ dress created from orange peels.” While that line was labelled “sustainable,” it’s just a matter of time before “plant-based” takes off as a bigger concept in the fashion world, and beyond. Sustainability is a major concern for these generations (see our Climate Change Decision prediction, below), and with “plant-based” a buzz word they’ve gotten behind, we’ll only see more industries adopt the concept in 2020. 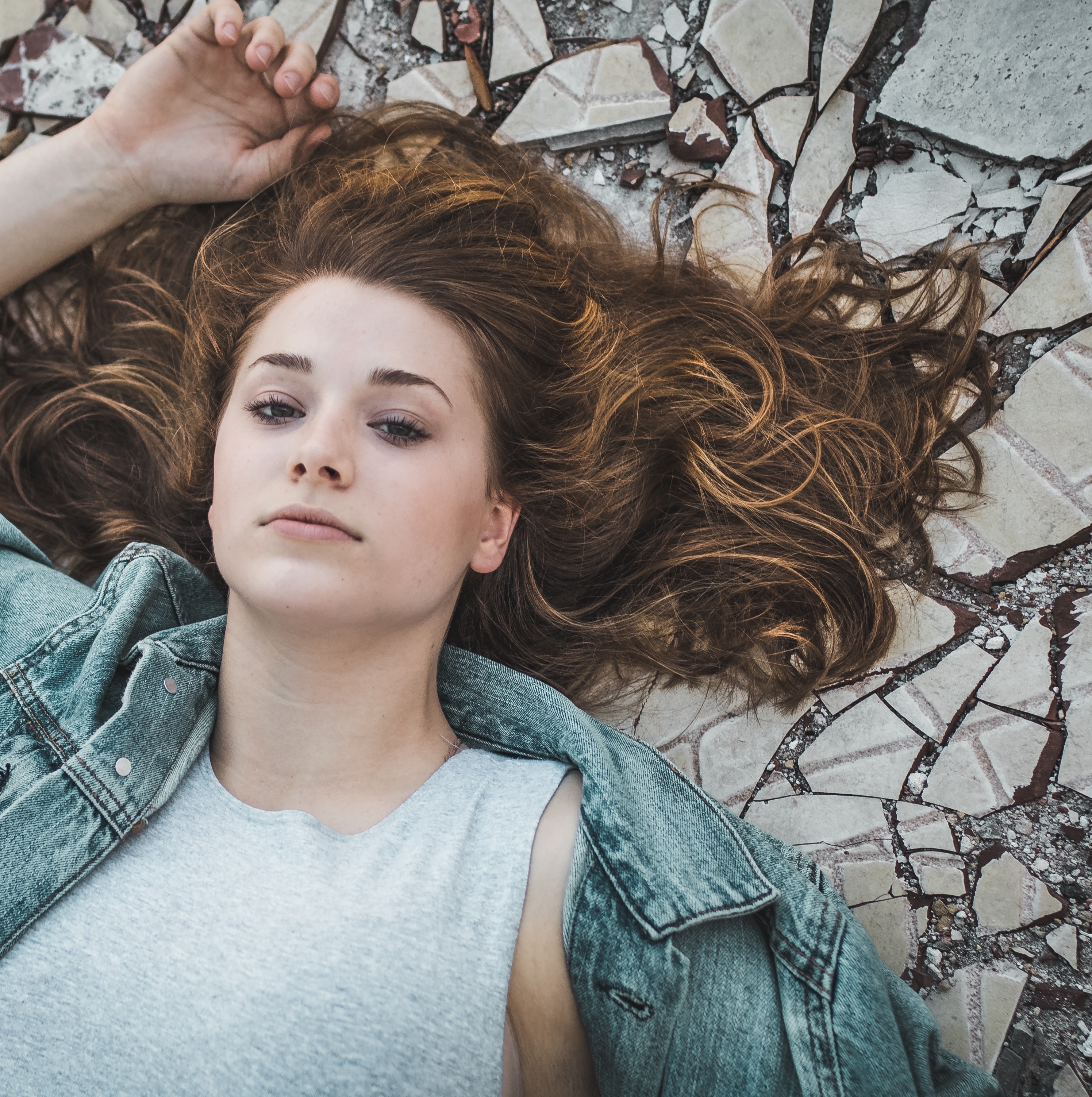 The Death of Instagrammability (As We’ve Known It)

In 2017, we wrote about the importance of Instagrammability. At the time, and still today, that idea has a very specific aesthetic. Perfect foods and dishes photographed in the most flattering lighting, over-the-top culinary creations in rainbow hues, glamorous shots of exotic locales out of a plane window or hotel balcony, or artfully arranged beauty products on a white marble counter—all have all become so popular they’re now normalized. But Instagrammability as we’ve known it could change in 2020. Perfection is getting old, and young consumers have been embracing the cult of ugly in fashion and beyond. Influencers who want to stand out have begun adopting a grainy aesthetic, or posting more candid “unposed” shots. YouTuber David Dobrik’s Instagram devoted to disposable camera pictures became so popular he recently released an app to copy the look—which was downloaded “well over” a million time in the first week of its release. While the hunt for the perfect social media shot has been fueling young consumers’ travels, concern over the negative impacts of Instagrammable travel is increasing as photographable locations are overrun with tourists and destroyed. It’s also now becoming common to show the real experiences that those perfect vacation shots are hiding, or to call out influencers who faked their seemingly flawless trips. In the food world, Instagrammable creations have begun to wear out their welcome as well. Grubstreet called those famous viral Instagrammable milkshakes “the dumbest food trend of the 2010s,” and it doesn’t take much searching to find a foodie who is annoyed by the rise of Instagram-famous foods like rainbow bagels and the like. Food that is just a visual show is becoming less popular, while more humble cheese boards are having a moment. Which brings us to an important point: the idea of showcasing interesting, enviable, and creative products, foods, and people isn’t going away—sharing on Instagram, and other visual platforms, is just as important as ever. But the style and content of those images is certainly changing, as young consumers’ look for more reality, and something a little more attainable in their feeds. 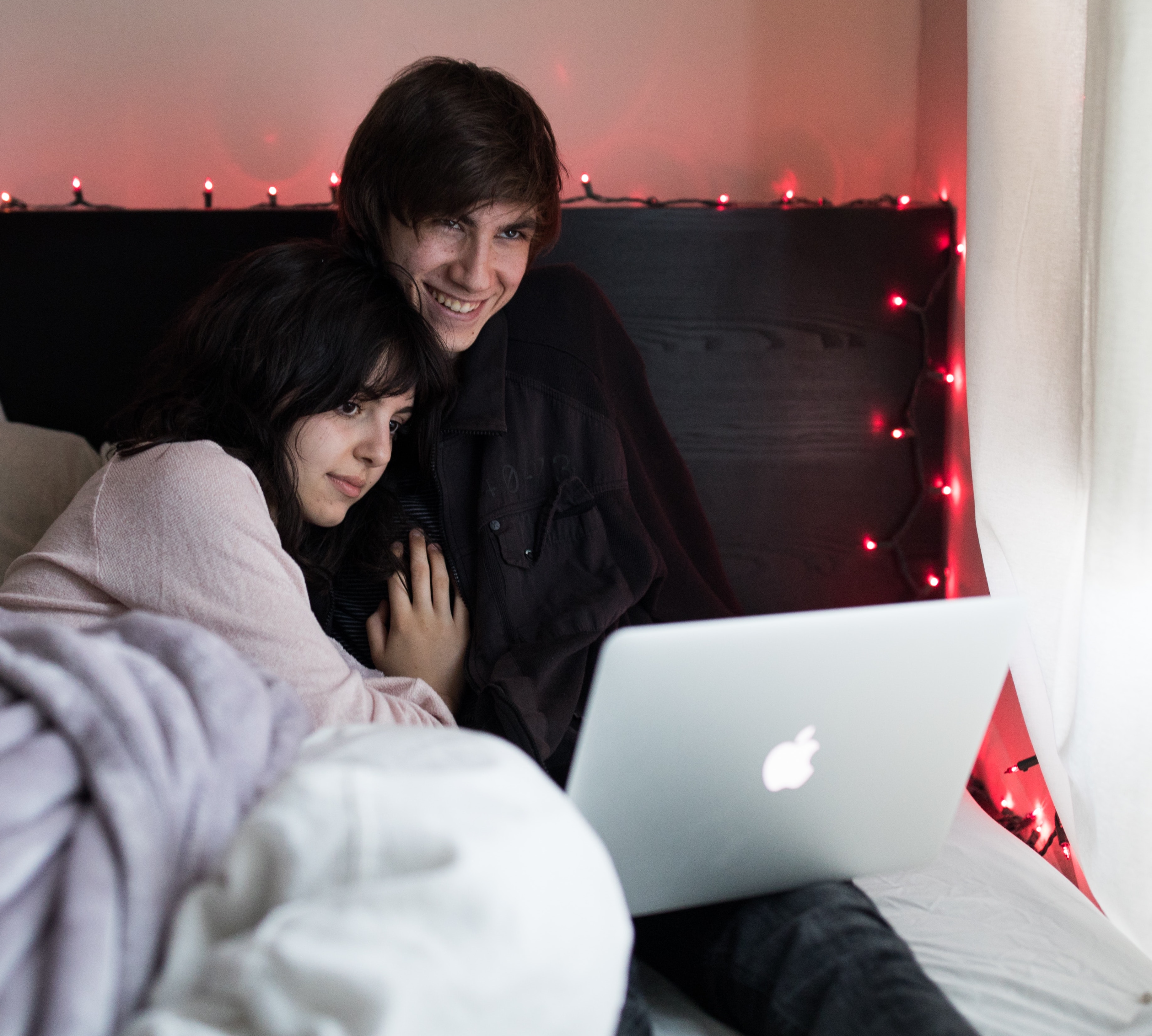 On a similar note, Instagrammable self-care could also get a make-under this year. Early in 2019, we wrote that baths, skin care, baking, and other unexpected things getting a profitable boost because of young consumers’ focus on self-care—this year we may be seeing a shift. Make no mistake, it’s not that the concept of self-care is going away. It’s actually more imperative to young people than ever. Today’s young generations are anxious and stressed out: More than seven in ten 13-36-year-olds tell YPulse they feel anxious about the future, and 52% say they feel constantly stressed. And who can blame them with the constant strain of financial worries, environmental concerns for their futures, and pressure to sway political issues in their favor. But it turns out that the very things that were supposed to relieve them of their stress are, for many, making them even more overwhelmed. Young consumers have started to call out the Instagrammable version of self-care—picturesque salt-soaked baths, early morning meditations, multi-step skincare routines, beautifully-arranged salad bowls etc.— as being more work than they’re worth. Instead, for 2020, young consumers’ definition of self-care will be doing whatever feels good them and their individual needs—which could just mean getting very cozy. According to Venkatesh Rao of the blog Ribbonfarm, Millennials crafted an aspirational self-image of self-care which he calls “premium mediocre,” and Gen Z is now prioritizing comfort or as he puts it “domestic cozy:” “Instagram, Tinder, kale salads, and Urban Outfitters are premium mediocre. Minecraft, YouTube, cooking at home, and knitting are domestic cozy…Premium mediocrity expends enormous energy preserving the illusion of normalcy. Domestic cozy slouches into the weirdness and simply ignores it.” 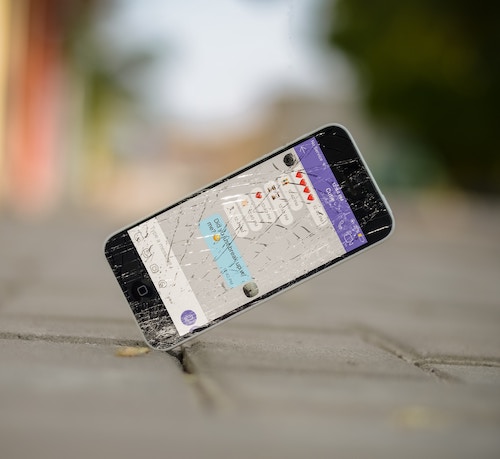 Niche and vertical social media networks are on the rise. According to eMarketer, Facebook lost over 2 million followers under the age of 25-years-old in 2018, and YPulse found that use among teens dropped in 2019 as well. Forbes reports that some young consumers are growing tired of irrelevant content and are turning to vertical social networks—ones that target specific interests and hobbies, like science, coding, or gaming—and connect them with like-minded users. Behance, StackOverflow, Goodwall, and ResearchGate are just some of the emerging niche networks gaining popularity with new users. YPulse’s own research shows that many of the social platforms that showed the biggest gains among young users in 2019 are the ones that cater to specific interests and passions, including Reddit, Twitch, and Discord. Last year, YPulse partnered with Reddit on a custom survey of over 1,300 13-39-year-old Reddit users exploring how the platform is engaging young users, and how engagement on the site is on the rise among Gen Z & Millennials. Our research shows that Reddit use among social media users rose 50% year-over-year, while Instagram was only up 9%, and use of Facebook, Twitter, and Snapchat all fell. Meanwhile, eMarketer reports that Reddit is on track to double its ad revenue over the coming years. The reality is that young consumers are looking for places that speak to their specific interests, and where they can connect with others that are passionate about the same things they are. While broad social networks have provided a lot of that connection, they haven’t catered to it. Instead, Gen Z and Millennials have learned to “hack” the social media the frequent to find and foster those groups, creating private Facebook groups devoted to their passions, or hunting through the hashtags on Instagram that speak the secret language of their focus. Now, they’re increasingly flocking to the platforms that are actually built around community building, or accommodating specific groups. Brands targeting young consumers need to pay attention to the rise in niche-networks, and the spaces that foster community around young consumers’ biggest interests. 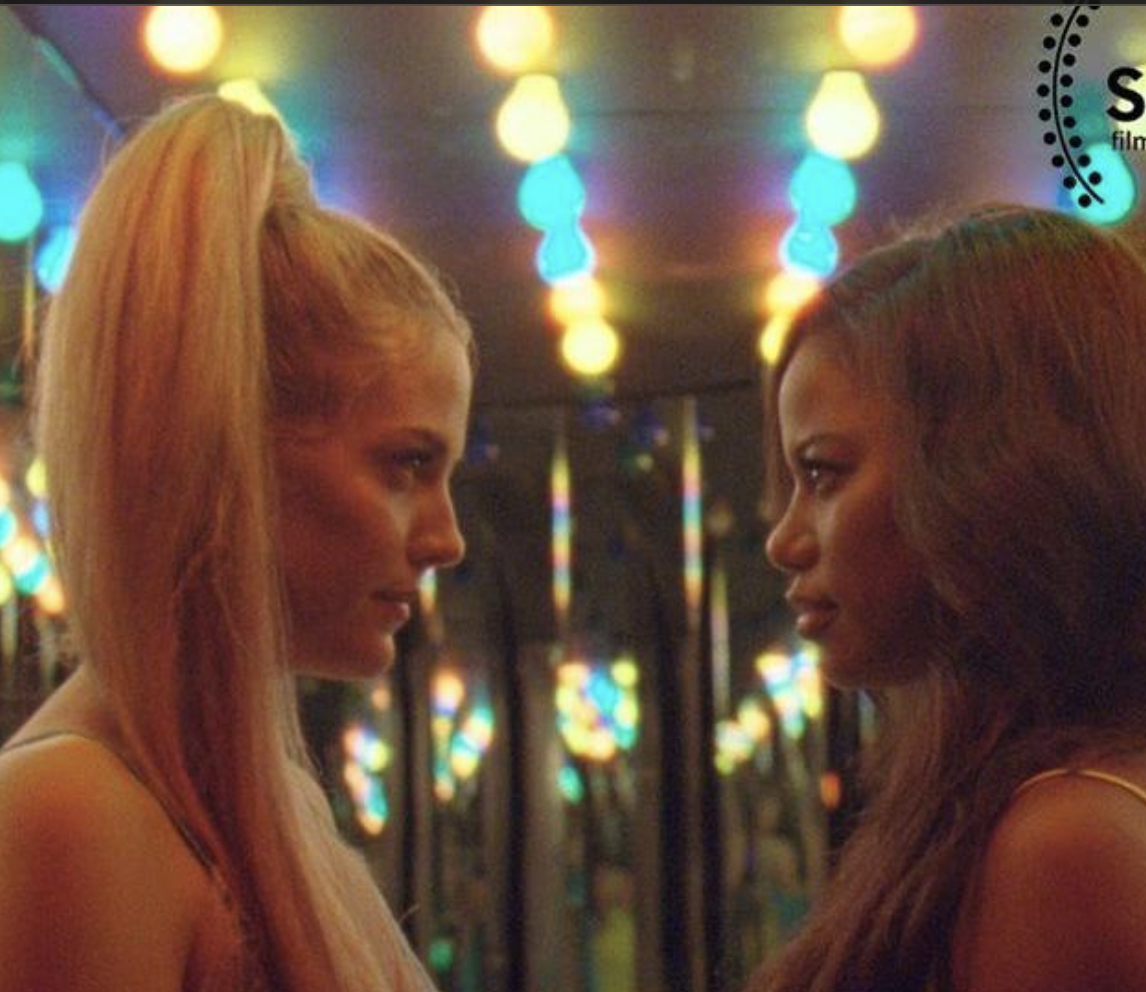 More and more, Hollywood is turning to the internet for viral stories to turn into movies and TV shows. This year, Zola—the first ever movie based on a viral Twitter thread—will premiere at Sundance. Based completely on a 148-tweet Twitter thread that blew up in 2015, the movie is perhaps the biggest example of a trend we’ve seen percolating for some time. Shows, films, and documentaries are being created out of content that first finds a major audience online, after articles, podcasts, and other content go viral. In 2019, we already saw several examples released: Viral news stories like the New York Magazine article inspired the film Hustlers, while a ProPublica article was the basis for Netflix’s Unbelievable, and a popular 2016 BuzzFeed article inspired Hulu’s hit The Act. More articles that created major buzz online will become movies in 2020. HBO already has plans to release the documentary McMillions based on The Daily Beast’s article about the notorious “Uncle Jerry” who took McDonald Monopoly pieces and sold them for cash. A Netflix series about the fake heiress who scammed NYC’s wealthiest, and was profiled by New York Magazine is in the works, and HBO is also working on a separate project about the story. But now it’s not just popular articles that are being plucked up by Hollywood for content. Television shows and films based on podcasts are becoming almost the norm—and viral social media stories are the next wave of content inspiration. We all witnessed the viral and disastrous Fyre Festival, which earned itself not one, but two documentaries on Netflix and Hulu. With the release of Zola we could be seeing the beginning of Hollywood’s viral era. 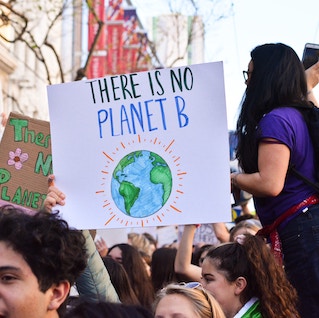 Last year was the first time YPulse saw climate change at the top of the list of problems Gen Z and Millennials believe their generations are facing—for both groups simultaneously. Awareness about the issue is likely increasing, and we’ve seen young people’s concern about climate change being expressed globally in the last year through walk outs and protest. In 2020 young people are already calling out celebrities and brands for not doing more to help and they tell us climate change will be the top issue they consider when voting in this year’s election. As part of their fight for the earth and its resources, we predict that young people will be making some more drastic changes and climate-change-based decisions this year. One of those could be opting to have less children—and proclaiming it as an act of activism and social responsibility. Teens are already pledging to have no children at all if a plan to combat climate change is not made. While this an extreme tactic, it reveals young consumers’ willingness to make serious decisions based on climate change fears. On the less extreme side, climate change is on their minds as they shop, and it’s likely they’ll be making more decisions about the brands and products that they buy—or choose not to buy—based on their impact on environmental issues.