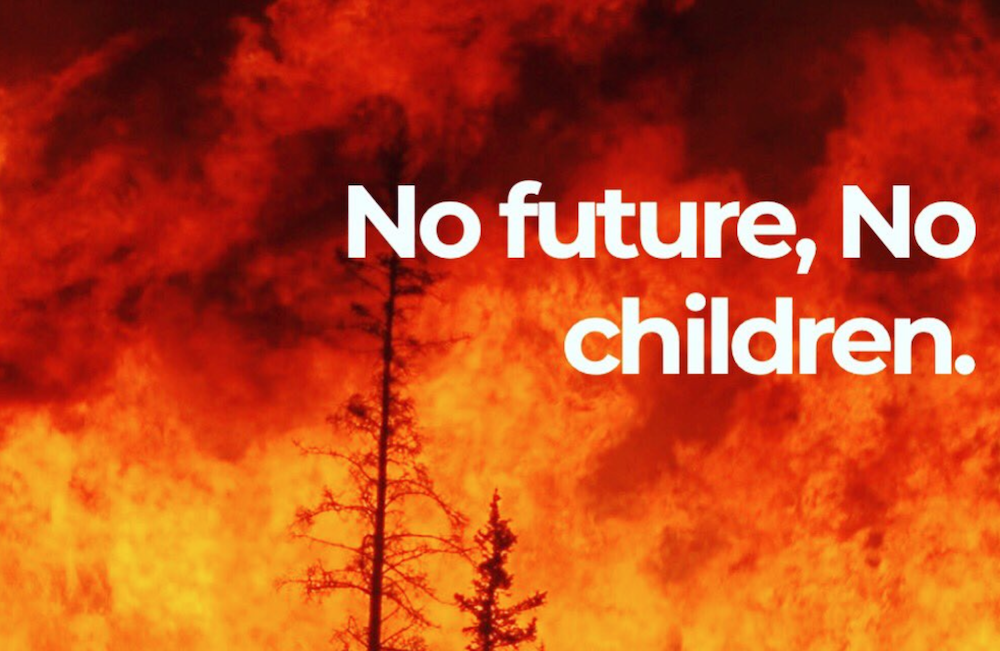 The #NoFutureNoChildren movement is growing, Eos’s TikTok campaign has over a billion views, KFC’s “Chicken and Donuts” sandwich is shaking up the internet, and more of what’s being scrolled on social media this week… 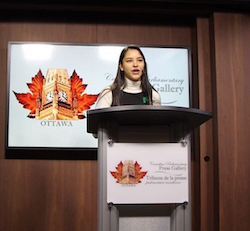 1. The #NoFutureNoChildren Movement Is Demanding a Plan To Avert The Climate Crisis

Eighteen-year-old Emma Lim is encouraging her peers to never have children, and the movement has a viral hashtag: #NoFutureNoChildren. Lim’s pledge is in response to her rising concerns about climate change, an issue that Gen Z & Millennials agree is the biggest problem their generation is facing. Lim told Insider that, “I have always, always wanted to be a mom, for as long as I can remember. But I will not bring a child into a world where they will not be safe.” She hopes that “the government develop a comprehensive plan to stay below 1.5 degrees [Celsius] of warming.” Hundreds have joined Lim’s cause in Canada, and it’s gaining momentum fast. 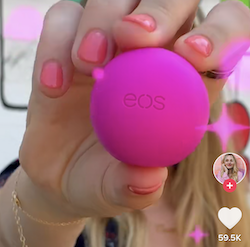 Eos’s first TikTok hashtag challenge already has 1.5 billion views. Glossy reports that the lip care brand rebooted their image last year and upped their media spend to let everyone know; now, they’re the latest beauty brand to funnel some of that spend into the short-form video app. They launched a #MakeItAwesome campaign, challenging users to creatively integrate Eos into videos for a chance to win products. Influencers have joined the challenge, snow-balling engagement and views, which have skyrocketed past one billion, according to counts on TikTok. More brands have noticed the marketing potential of TikTok, and beauty brands especially are seeing success with creating viral challenges. 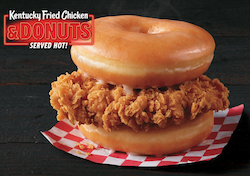 3. Another Chicken Sandwich Is Going Viral—& This One Includes Donuts

Popeye’s just went viral for their chicken sandwich, and now every fast food chain with a chicken leg on the menu is trying to one-up them with their own sandwich. But it seems that KFC is a cluck above the rest when it comes to getting social media’s attention. According to the New York Post, they recently debuted a chicken sandwich in which they replaced the outside buns with—wait for it—two glazed donuts. Business Insider reports that the crazy concoction is garnering polarizing opinions across the Twittersphere. On one hand, @BlairGuild wrote, “KFC wants us to die so badly,” and on the other, @sarahcpr tweeted, “This looks disgusting when can I try it.” However, for some, a road trip will be needed to try it out for themselves. The “Chicken and Donuts” is currently being tested at 40 locations throughout Virginia and Pennsylvania. 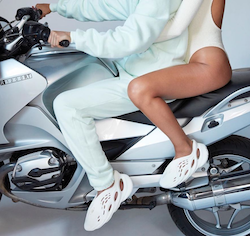 Kanye West has come out with what’s sure to become a Cult of Ugly classic. Yeezy’s Twitter account announced the 2020 launch of “Yeezy Foam Runners,” and fans were quick to notice that they sure do look a lot like futuristic Crocs, reports Teen Vogue. The move may not be a coincidence, considering Crocs’ ascending success as a Gen Z cult fashion staple in the era of ugly aesthetics. The new shoe has unsurprisingly become fodder for memes, like @XLNB’s post comparing regular Crocs with Yeezy Foam Runners, in which he writes, “You vs. The Guy She Tells You Not To Worry About.” 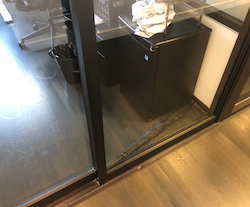 A mishap at WeWork has the internet laughing, CBD leggings are athleisure’s version of selling snake oil, fans are speculating that Rihanna could be pregnant, and TikTokers are ringing in fall with skeleton dances.