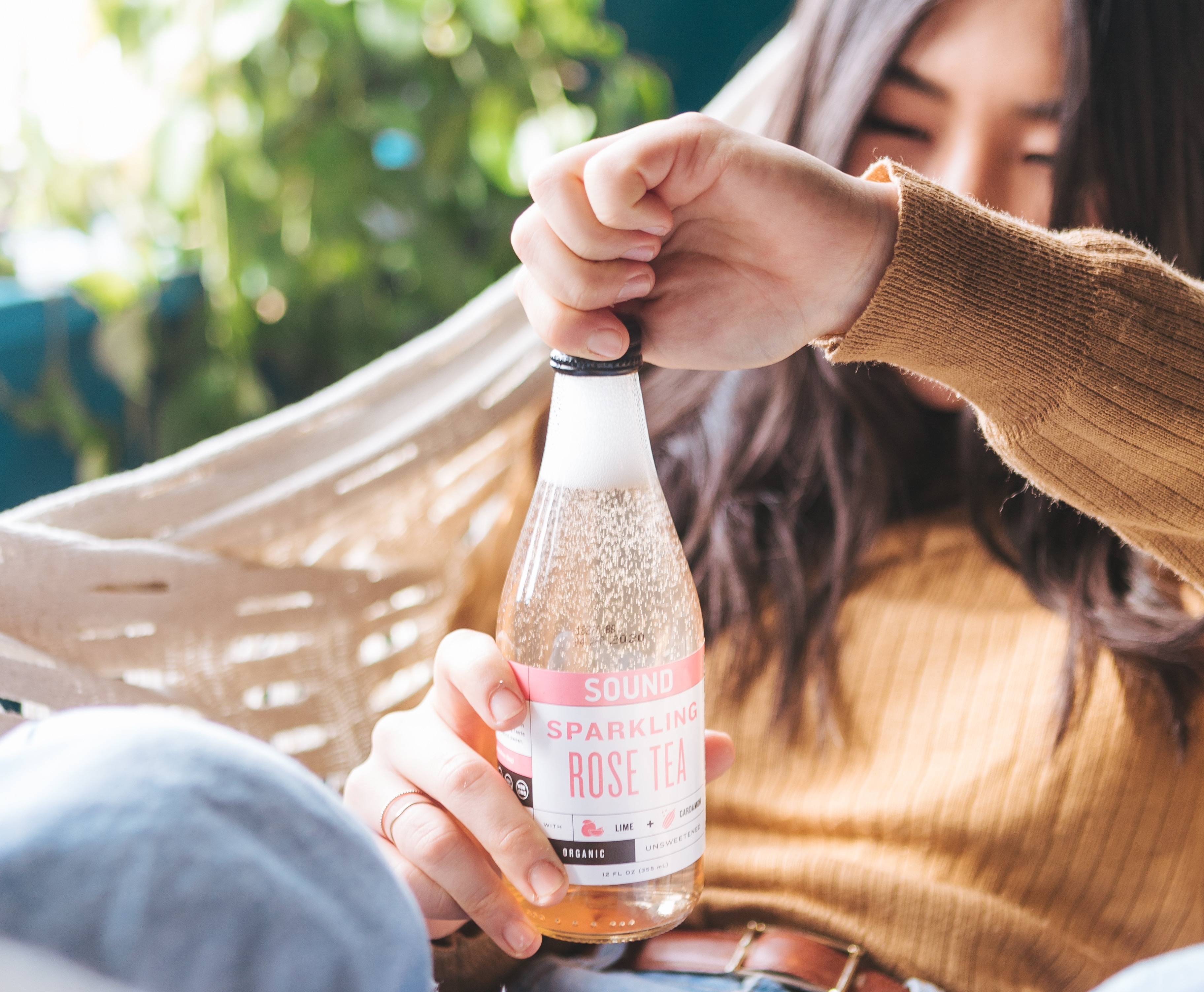 Sure, everyone is predicting plant-based meat will be big in 2020 (as it was in 2019)—but what other food and beverage trends could young consumers be eating up this year? Here are five to watch…

Food trends driven by young consumers can make or break brands and industries. Last year, we saw the mass-popularization of plant-based meats and plant-based milks thanks to next generation diners. YPulse wrote about how Gen Z and Millennials are fueling a fake meat food rush, with brands jumping onto the trend seeing big bumps in their sales (and their brand scores). We also found that non-dairy milk was a top food trend among young consumers, with more saying they’ve tried it than have eaten the stereotypical avocado toast. The trend got big enough last year that it shouldered some of the blame for the nation’s biggest milk producer going bankrupt. There’s no question that plant-based products ruled the food trends of 2019.

But you’ll also find both of these plant-based crazes at the top of food and beverage predictions lists for 2020. Last week, in our roundup of some of the biggest trend forecasts for the year, we had no choice but to include plant-based and meatless dishes—everyone is saying they’ll be big in the coming months. But these were already big in 2019, and are certainly not the only food and beverage trends to watch in the year ahead. Here are five that young consumers could be eating, and drinking, up next, and that brands should have their eyes on: 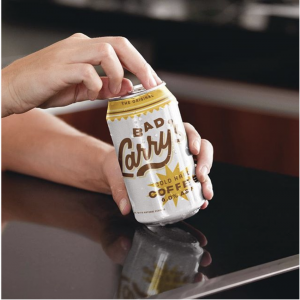 If 2019 was the year of hard seltzer, 2020 has the potential of being the year of hard coffee. You read that right. Hard coffee brands already exist, and several big names are now creating their own versions of the beverage. Insider reports that Jägermeister is coming for Millennials with cold brew-infused liquor, combining cold brew coffee (which Millennials are obsessed with) with their digestif blend of 56 herbs, roots, and other elements. According to Vice, Molson Coors is moving away from beer (Millennials are to blame, of course) and their non-beer efforts include canned wine and hard coffee. And PBR is taking their hard coffee offering national this year, after seeing a successful small launch in 2020. Oh, and that’s all competing with already established hard coffee brands, like Bad Larry’s. In other words, you’re going to be seeing a lot of hard coffees on the shelf this year, and Millennials’ desire for new booze flavors and their love of cold brew could make it the next alcoholic hit. 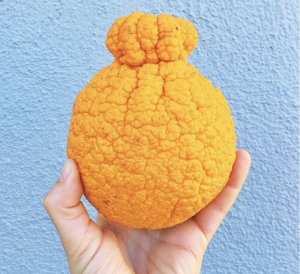 Last year, YPulse wrote all about how ugly design has come to dominate in fashion—but it’s also coming into young consumers’ kitchens (and their Instagram feeds). As Refinery29 reported, ugly produce is being packaged up in direct-to-door subscription kits by startups like Imperfect Foods and Misfits Market. Siamese carrots, mis-colored grapes, and more fruits and veggies that don’t make the cut to get from farm to grocery store are being packaged up and sent to customers. Embracing ugly foods is a step towards eliminating food waste, which speaks to young consumers’ eco-consciousness. But ugly foods are also trending on social media, where perfectly plated dishes and glamorous produce are now same-old-same-old. Last year, the Sumo, a wrinkly orange, trended briefly on Instagram—and we’re betting that this year will see more imperfect foods and dishes grow in popularity. 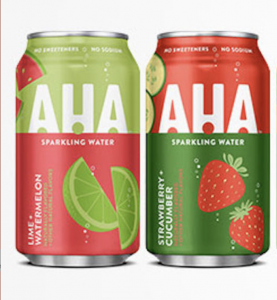 EVEN MORE SPINS ON SELTZER

Thanks to young consumers, sparkling water sales have skyrocketed by 54% in the last four years, bringing it to $2.2 billion. And seltzer dominated in 2019, with hard seltzer becoming Millennials’ drink of summer, and big brands joining the seltzer race with new (Instagrammable) cans that gave cult-favorite La Croix some serious competition. This year, we’re going to see even more takes on the seltzer trend. According to Grub Street, Four Loko and Bud Light are joining the hard seltzer party, both debuting their new seltzers in 2020, and both will be including black cherry in their lines—a clear attempt to steal White Claw drinkers by copying their most popular flavor. But it’s not just more seltzer designed to get you drunk that will be pitched to young consumers. The Wall Street Journal reports that Coca-Cola is joining the sparkling beverage wars with a new, caffeinated seltzer. In March, the company will debut AHA, the sparkling water brand with fruity flavors like strawberry and cucumber, and an added pop of caffeine. 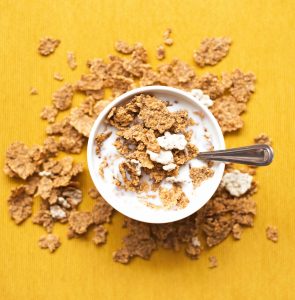 Cereal brands have struggled to reach young consumers, with some leaning into nostalgia and some trying to healthify their offerings—to mixed reviews. But 2020 could be the year that cereal gets a real makeover. Vox reports that cereal startups are betting wellness-obsessed Millennials will splurge for keto-friendly offerings. As General Mills and Kellogg struggle to reverse sliding cereal sales, startups want to become “part of this complete breakfast” by tapping the low-carb Ketogenic diet trend. Magic Spoon’s “Fruity” cereal has 12 grams of protein and 3 grams of net carbs, while “Catalina Crunch” is full of pea protein, turmeric, and chicory root. The Cereal School is taking it a step further, rethinking packaging with individual bags for snacking Millennials. Meanwhile, according to Food Navigator, Kashi worked directly with young consumers to co-create their latest products: Kashi by Kids. The brand “went straight to the source” to create a new line of superfood-packed cereals and snacks, teaming up with five young people—the “Kashi Crew”—to find out what 7-to-20-year-olds like to eat. Young participants told developers that products needed less sugar, more peanut-free offerings, and organic ingredients—a top food trend that YPulse has been tracking for Millennials and Gen Z. Kashi also found that Gen Z is looking for adventurous flavors that are “really exciting and fun.” It could be cereal’s year. 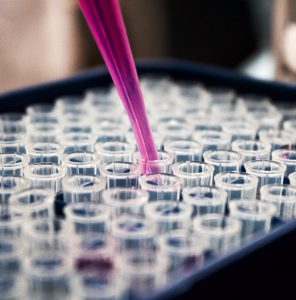 Yes, Gen and Z Millennial consumers are fueling the fake meat industry—but they also might be open to more lab-made dishes. Food Dive reports that young consumers are more comfortable eating food “produced using technology” than older generations. According to a report from Ketchum, 77% of 9-24-year-olds are willing to try tech-assisted foods, compared to 58% of Xers and Boomers. The data indicates that the next generations of consumers will be the biggest opportunities for food tech brands and startups. Focusing on how food tech will impact issues like climate change and food waste “will be key to gaining trust”—but food tech could also produce new trends in 2020 that young diners will be more than willing to try.