In short order, fake meat has become a must on fast food menus. Here’s how quickly the plant-based food rush has grown, and how young consumers have fueled its rise…

Back in 2017, YPulse called fake meat a major food trend to watch—and in the two years since we’ve seen it take over the industry. Beloved burger restaurants like White Castle, Momofuku, Bareburger, Umami Burger, and even TGI Friday’s all added the plant-based Impossible “burger that bleeds” to their menus in 2018, and Gen Z and Millennials ate them right up. Now we’re seeing the plant-based meat trend hitting the top of our food trend charts and more major brands are jumping on board. In fact, sales in the area are soaring—while fake meat sales still can’t hold a candle to real meat revenue, AdAge reports that profits have more than doubled from 2013 to $1.4 billion last year and Allied Market Research predicts they’ll surpass $5 billion by 2020. 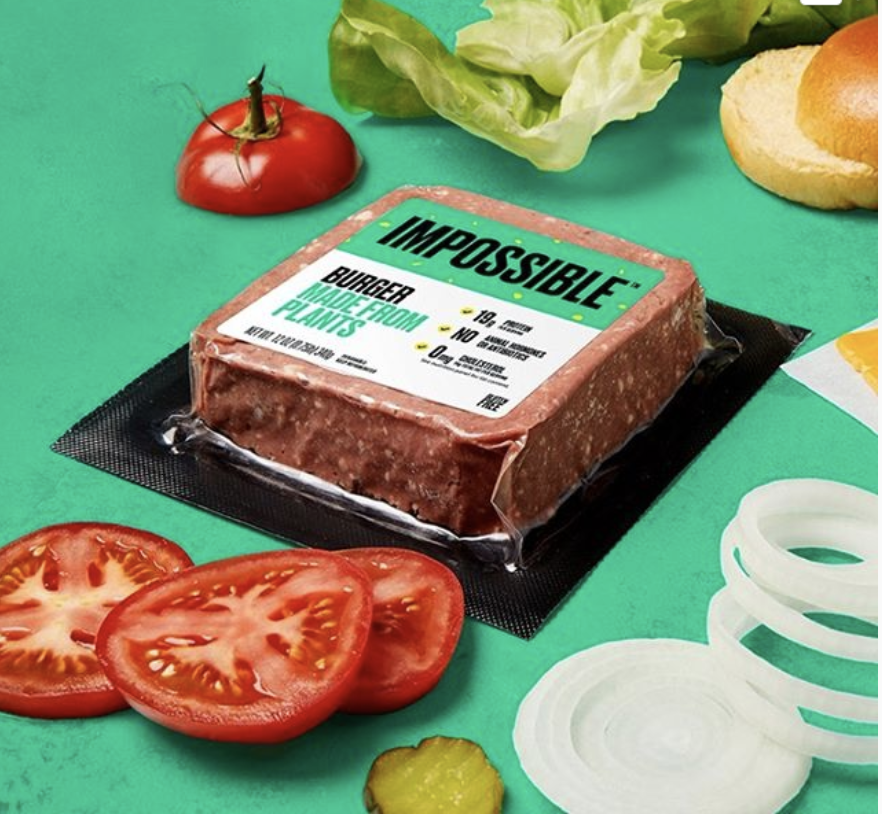 While Gen Z and Millennials have always been interested in eating healthy, these days they have a growing interest in a vegan diet—vegan/vegetarian diet is number two on our ranking of food trends that young consumers are interested in. But that doesn’t necessarily mean they’re constantly prioritizing healthy choices. After all, a vegan burger isn’t exactly a salad. And it’s certainly not just the vegans that are interested in fake meat. “Flexitarians,” or those who eat meat sparingly, are likely the ones driving the trend—according to the NPD Group, 95% of customers who have bought a plant-based burger have also bought a beef burger in the last year. A Gallup Poll found that the percentage of people who identify as vegetarian hasn’t risen since 2012, and is only up 1% for veganism. But whether to temporarily try out a new diet or just to test out one of the year’s top food trends, young consumers demanded vegan options this year and—bleeding burger or not—restaurants delivered. In fact, menu penetration of the word “vegan” has risen 490% since 2008, according to Forbes, and our research has seen the number of young consumer who have tried fake meat increase, from 24% of 18-35-year-olds in 2018 to 28% of 18-36-year-olds in 2019. 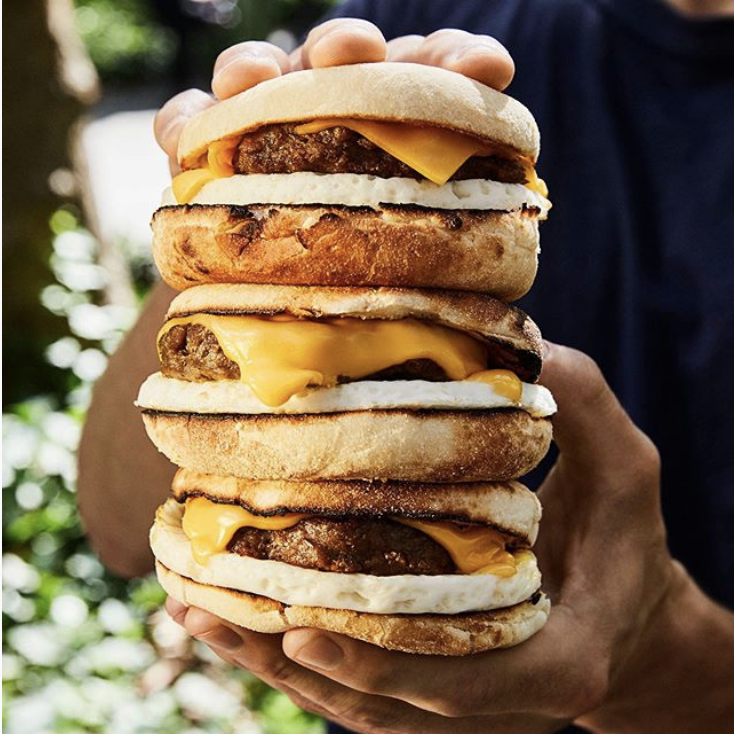 Teens and young adults are more open to the fake meat trend than any other generation, and more and more restaurants looking to capture their loyalty early are catering to the generations with plant-based burgers. As mentioned, White Castle was the first fast food chain to add a vegan burger to their menu, introducing a plant-based version of their iconic slider in 2018. This year, it’s been a veritable fake meat rush as other brands have raced to follow suit, and capture young diners. In July, Dunkin Donuts partnered with Beyond Meat to roll out a plant-based sausage breakfast sandwich. In August, KFC paired up with Beyond Meat to release “Kentucky Fried miracles,” plant-based chicken nuggets, and at one Atlanta franchise. They reportedly sold out in just five hours, which could mean a nation-wide rollout. Pizza Hut went “incogmeato” this month with the release of its own plant-based product. The brand partnered with Kellogg’s MorningStar Farms to make a Garden Specialty pizza with plant-based sausage—which comes in a round, environmentally-friendly box. The move makes Pizza Hut one of the first major pizza brands to join the meatless meat trend, following in Little Caesars’ footsteps. The latter brand partnered with Impossible Foods to create a faux sausage for the pizza chain for the new Impossible Supreme Pizza earlier this year. Ikea’s famous meatballs are also getting a meatless spin. Though the company has long offered a veggie meatball, it announced earlier this year that it’s in development on a meatless meatball a la Impossible, which will be released at a later date. And Chick-fil-A also recently announced it’s planning a meat-free sandwich for young foodies. 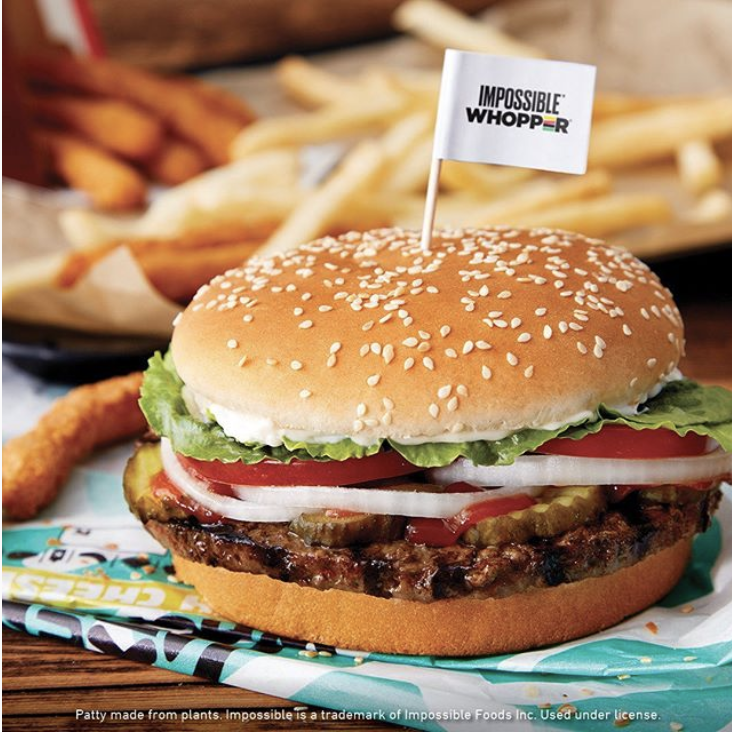 And there is clear evidence that adding vegan options to fast food menus is a successful way to appeal to young diners. After a successful limited-market trial of the Impossible Whopper in April, Burger King rolled out the burger nationwide in early August, which Restaurant Brands credits for the burger chains’ impressive third quarter—sales rose more than 10%, outperformed only by Popeyes’ viral spicy chicken sandwich. YPulse’s own youth brand tracker (where we ask young consumers to assess their feelings on over 400 brands) found that Burger King’s scores began to majorly spike among 13-37-year-olds after the plant-based burger’s introduction, with their Yscore leaping from around 18 points at the end of July to almost 28 points at the end of August—an almost 50% increase.

Meanwhile, fast food giant MacDonald’s has been more reluctant to join the trend, despite mounting pressure from young consumers. After the brand decided to test out its own bleeding plant-based burger to its German menu, a petition for MacDonald’s to add a vegan burger in the U.S. has reached over 230,000 signatures. This September, the brand announced it would test the P.L.T., a plant-based burger, in 28 Canadian locations—which might not have been enough of a high-profile rollout for U.S. audiences. Analysts so far say this hasn’t been the “blowout success” that other brands have seen with the move, and the brand tells Food & Wine that they want to get the item right before moving forward with a larger launch.

But other restaurant brands are racing forward—as is the CPG industry at large. Beyond restaurants, major meat suppliers are also trying their hand at the meatless trend. Last fall, Perdue Farms announced it was looking into its own plant-based products, and in February, Tyson Foods announced it was also launching a plant-based product line. Tyson has also made investments in plant-based and lab-grown meat research and operations, including cell-based meat startups Memphis Meats and Future Meat Technologies Ltd. and plant-based meat startup Beyond Meat.

With young consumers increasingly interested in healthy food, vegan diets, and lowering their consumption of meat, the fake meat trend shows no signs of slowing. We’ll likely see more brands onboarding plant-based burgers and lab-grown chicken nuggets in the near future—along with a surge in brand support from young consumers looking to try the trend themselves.