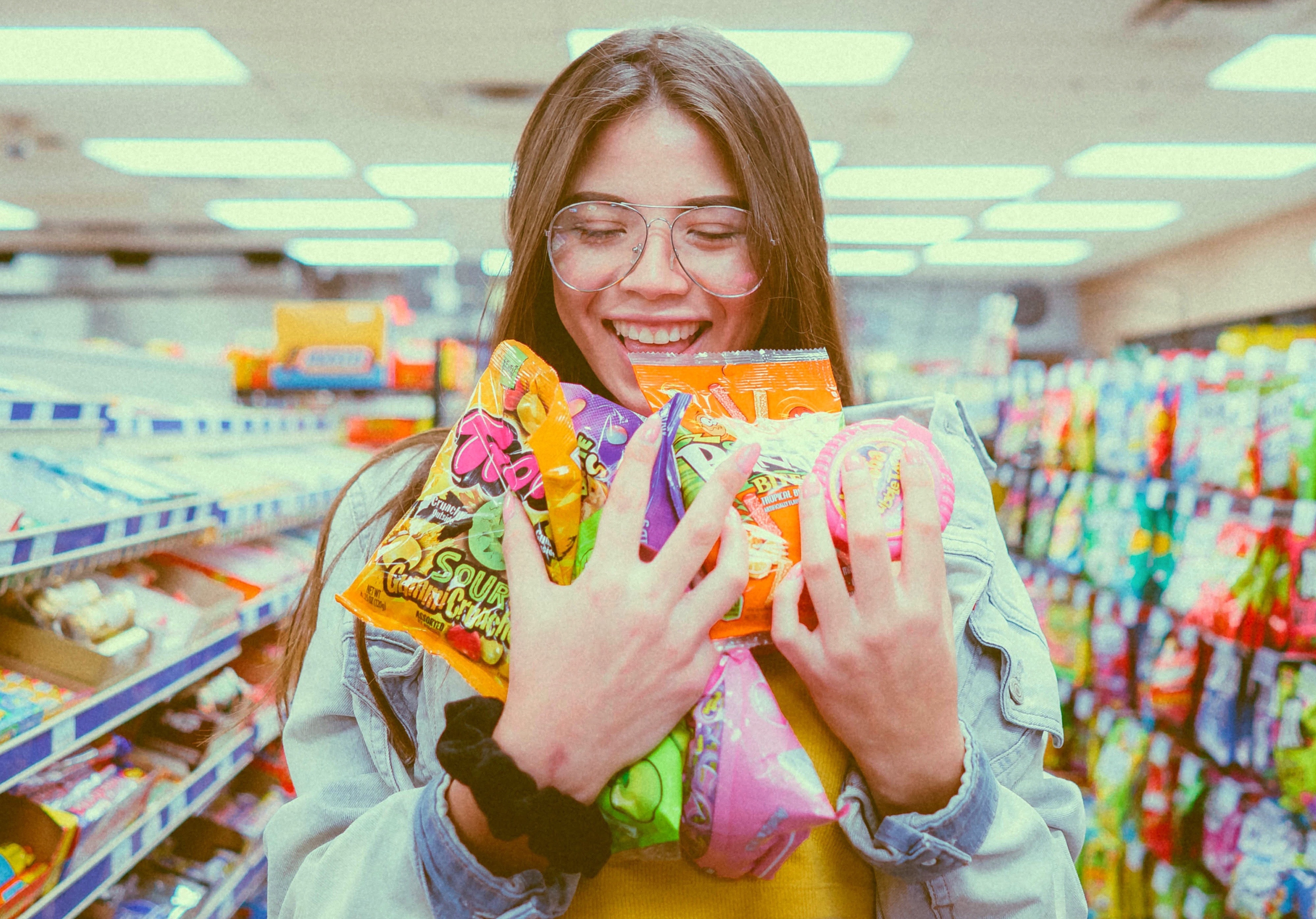 Millennials’ and Gen Z’s interest in healthy eating is a complex one. Yes, there is no doubt that they want to eat healthy: 65% of 13-35-year-olds tell Ypulse they spend extra money to buy healthier foods, and 59% agree with the statement “I care about my health and being healthy.” As we’ve reported before, these desires are clearly at the root of the healthified fast food trend. But we’re also talking about generations that celebrate all kinds of foods, lots of it not-so-good-for-you. This is the group that lines up for cronuts, over-the-top milkshakes, and demanded that McDonald’s make their McMuffin available all day. Our Ybrands youth brand tracker shows that the brands Gen Z and Millennials trust most include Oreo, Kraft Mac & Cheese, and Hershey’s—hardly farm-to-table fare. Oh, and the biggest food trends right now according to Millennials and Gen Zs? While organic ingredients and vegan/vegetarian dishes are at the top, elaborate desserts aren’t far behind on the list, which also includes rolled ice cream and burgers.

MediaPost reported this year that food and beverage brands are struggling to understand Millennials’ confusing buying behavior, as their top food and beverage brands show indulgent treats shouldn’t be forgotten, or changed. They’re also likely confused about the fact that offering healthy fast-food options into traditionally treat-filled menus isn’t a cure-all. Case in point: the failure of the McDonald’s McWrap. The wrap was introduced in 2013 to lure in young consumers looking for healthier meal alternatives, but failed to interest them. According to one analyst: “A lot of people who eat at restaurants aren’t interested in health and wellness,” and McDonald’s doesn’t seem to be a place where Millennials are calorie-counting. Instead, young consumers expect chains like McDonald’s, Shake Shack and Five Guys to offer indulgent menu items and satisfy their craving for comfort foods.

The mistake is thinking that because they are interested in healthy foods that they are rejecting the opposite. What they’re looking for is brand variety—options that allow them to eat nutritious meals, and those that let them indulge in the darker side of the food pyramid. Need proof that many young consumers are only interested in eating healthy-ish? Here are five stats from our recent monthly survey on health and fitness that tell the story: 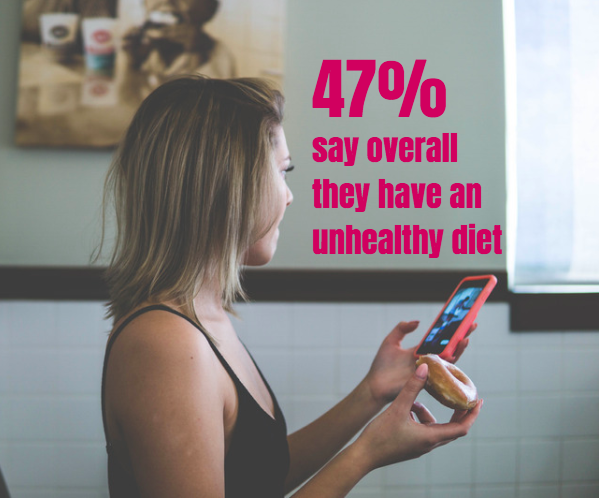 1. Almost half of 13-35-year-olds say overall, they have an unhealthy diet.

The generations known for their fixation on health and wellness don’t necessarily see themselves as healthy eaters: 47% of 13-35-year-olds agree that overall, they have an unhealthy diet. Interestingly, Millennials are the most likely to believe they are not healthy eaters, with 55% of 21-24-year-olds and 53% of 25-29-year-olds agreeing that they have an unhealthy diet overall. Males were far more likely than females to agree with the statement. Could they just be tough self-critics? Maybe, but… 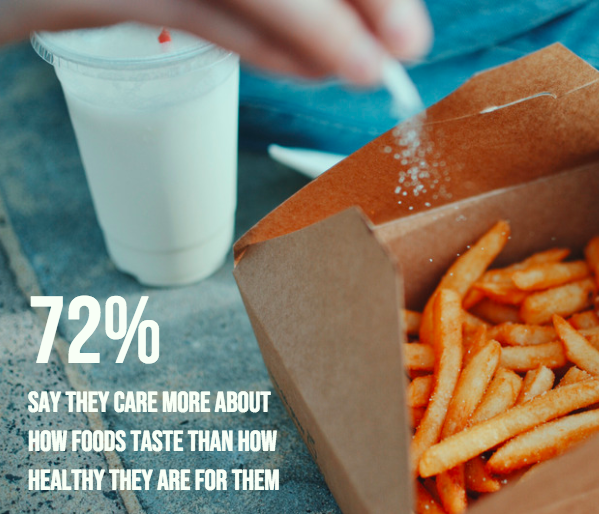 2. Almost three quarters say they care more about how foods taste than how healthy they are for them.

That’s right, it’s taste that rules supreme among young consumers, with 72% of 13-35-year-olds saying they care more about how foods taste than how healthy they are for them. Here’s a great example of that preference in action: In a 2015 “expose,” the New York Times revealed that a typical order at Chipotle is roughly 1,070 calories. The chain responded to the “scandal” with a verbal shrug, saying that food is “something to be enjoyed. Not a science experiment aimed at engineering away calories or grams of fat.” We posited that it was more than likely that the young consumers who have helped put Chipotle on the map didn’t care about this calorie “shocker.” They know that Chipotle food isn’t low-calorie, they made the chain popular because they like the taste, and the brand’s ethos, not because it was health food. Of course, Chipotle has struggled in more recent years, but it’s not because they offer high-calorie items. In fact, only 13% of 13-35-year-olds tell us that they count calories daily. And there’s even more proof that they care more about foods’ taste than health-level… 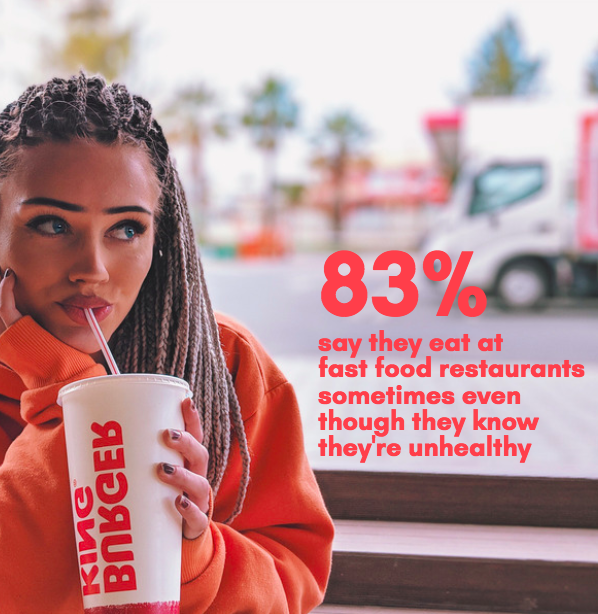 3. Four in five say they eat at fast food restaurants sometimes even though they know they are unhealthy.

Many food brands have assumed that they need to have healthier menus in order to attract young consumers—but it’s not necessarily the case. They’re still buying from food brands they know aren’t so good for them: 83% of 13-35-year-olds say they eat at fast food restaurants even though they know they’re not healthy. In our look at what young consumers want from fast food brands we reported that though the industry has been understandably anxious about young consumers’ healthy preferences, the fast food industry has actually fared well among these health-loving generations. Less than one in 10 young diners say they never eat at fast food restaurants, and two in five say they eat at them often or even very often. The U.S. fast food industry grew from $206 billion to $209 billion between 2016 and 2017, according to Statista, and it’s expected to grow another 6% by 2020. According to the New York Post, sales of the Big Three—McDonald’s, Burger King, and Wendy’s—are growing faster than the GDP. 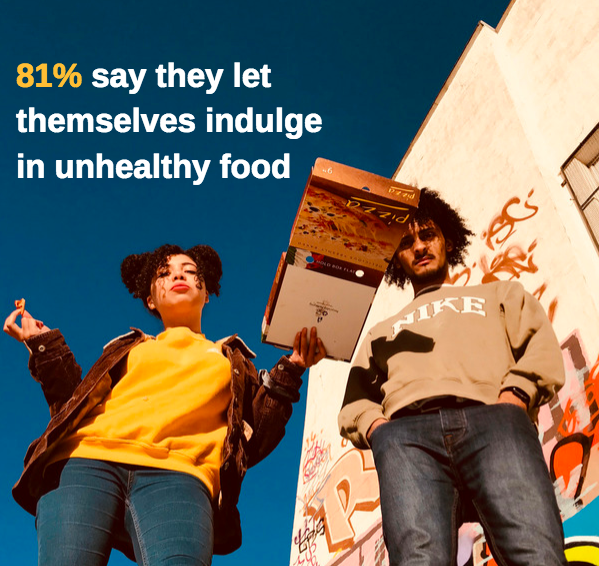 4. Four in five say they let themselves indulge in unhealthy food.

The majority, 81% of 13-35-year-olds, let themselves indulge in unhealthy foods, and they are boosting brands that provide their cravings. Cereal companies are the latest to realize that young consumers don’t want everything to be healthified. As the Wall Street Journal reports, “fun flavors, range of colors, and sweet taste” matter more to cereal buyers than nutrition, and that cereal is no longer just “part of a complete breakfast”—but an indulgent snack or dessert as well. The success of recent creations from General Mills like Lucky Charms Frosted Flakes and Cinnamon Toast Crunch go to show that sometimes people just want to them themselves. In addition, 46% of 13-35-year-olds think fast food restaurants should not change up their original menu offerings. There are two ways to read this: The first is that, while 13-35-years-olds may be healthier than previous generations, they too want to indulge every now and then. And what better way to get your fix than some greasy fries and a Coke? It could also mean that Millennials and Gen Z are looking for classic fast food options, but they want those options themselves to be made with healthier ingredients and less additives—in other words, made healthy-ish. 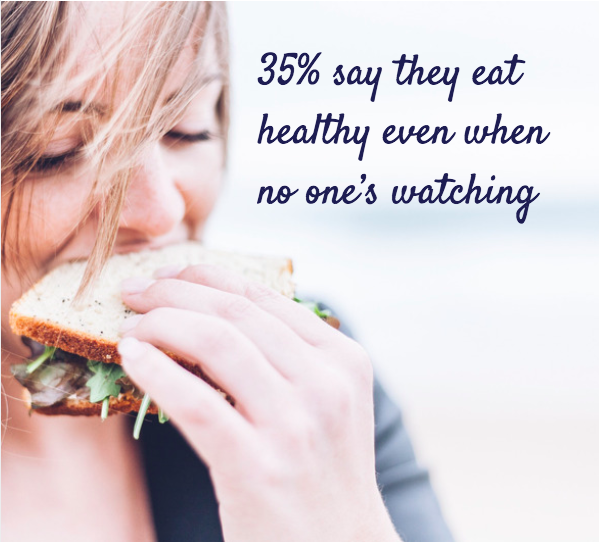 5. Only a third say they eat healthy even when no one’s watching.

Young consumers might have a reputation for bringing kale and quinoa to the party, but when it comes down to it, only 35% of 13-35-year-olds say that they eat healthy even when no one is watching. Instead, they’re looking for a mix of comfort foods and foods that make them feel a little better about their diet. As we’ve said before, you don’t have to do both, but you do need to do one of them very well. That means their food spending is going to continue to be fragmented, but it also means that there is room for both “healthified” and the good old grease-laden fast-food brands in young consumers’ lives.