Fyre Festival is on The 5 Most Viral Stories of 2017 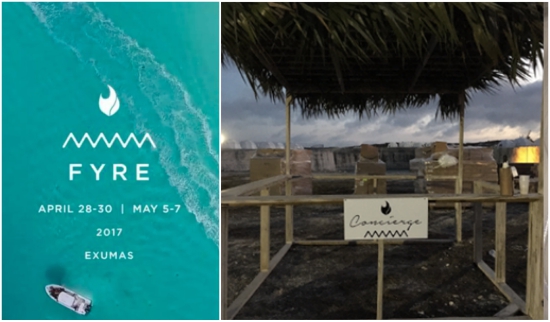 The Millennial music festival that promised luxurious experiences but delivered a disaster, Starbucks’ highly-anticipated, Instagram-ready Unicorn Frappuccino that took over feeds, Beyoncé’s hard-to-miss announcement that is still breaking records, and more of the biggest viral stories of 2017: 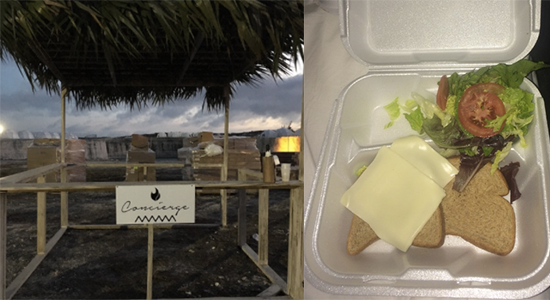 Fyre Festival Went Down In Flames

Remember when we first told you about the almost too Millennial to be true event, Fyre Festival? Well, things didn’t go as planned…and that’s an understatement. The two-weekend music festival on a private island, promoted by Insta-models and promising luxury experiences at ticket prices of $1,000 or more, trended on Twitter for being a “complete disaster.” Flights to the island were grounded due to over-capacity, and those who did make it were greeted with “an unassembled festival site, lost luggage, inadequate transportation,” sad boxed lunches instead of promised chef-prepared meals, and lodging resembling “disaster relief tents.” The internet had a field day, spreading meme after meme about the catastrophe. Founders Billy McFarland and rapper Ja Rule quickly went on the defense, stating they were not out to defraud anyone. However, a U.S. Attorney’s Office disagrees, and McFarland is currently undergoing court proceedings on charges of making “false representations to investors.”

Inspired by the viral unicorn trend, Starbucks’ Instagram-ready concoction made quite the impression this year. The Unicorn Frappuccino, an “insanely colorful, magical” drink, was launched as a limited-time offering, causing consumers to start “freaking out.” Its “highly-photogenic” appearance made it “tailor-made” for social media, and Instagram postings under the hashtag #unicornfrappuccino went into the hundred thousand. Tales from unprepared Starbucks employees on the popularity of the drink also went viral, and one Twitter rant—that was taken down—garnered over 1,500 retweets and over 3,000 likes. Since the successful viral launch, Starbucks has been consistently looking for their next unicorn, launching a dark Frappuccino, a Zombie Frappuccino, and most recently a Christmas Tree Frappuccino.

Unless you went off the grid this year, you probably know Beyoncé had twins. The oh-so-extra announcement was made through an artful Instagram post on the first day of Black History month, and it went so viral it broke internet records, beating out Selena Gomez’s Coca Cola post to be the most-liked on the platform ever with 7.2 million likes in 24 hours. Not surprisingly, it also beat out a viral Instagram post from Cristiano Ronaldo to became the most-liked post of the year, now clocking in at over 11.2 million likes. During a time of intense political divide, fans were thanking Bey for the good news. Twitter reactions included: “Into each generation a slayer is born. They alone will face the vampires, the demons, and Donald Trump,” and “Beyoncé did this specifically for us, yall know that right.”

So, who was behind trending hashtag #SaltBae this year? Chef and restaurant co-owner, Nusret Gökçe, earned his nickname because of his “flamboyant salting skills and an almost erotic appreciation for a hefty slice of meat.” Gökçe first went viral when a video of him enthusiastically salting meat took the internet by storm, inspiring a wide array of memes. As BuzzFeed explains, the screenshot is being used to describe how extra one can be. (Extra: how someone may add hilariously unneeded embellishment to a situation.) Since his viral success, Gökçe has partied with celebrities, inspired a character move on Activision Blizzard’s video game Destiny 2, reached the 10 million follower mark on Instagram, and is soon to open a highly-anticipated restaurant in NYC.

A small spinning gadget reached Beanie Baby and Pokémon popularity levels as the hottest toy this year on the market. Designed to spin around when positioned on a finger, Fidget Spinners inspired competitions where fans try to beat average spinning times. But that’s not its main draw, or why Walmart, Toys R Us, and other retailers had a hard time keeping them stocked. The toy, along with other products on the market, are part of a rising trend of devices being used to alleviate anxiety and stress. Students nationwide found relief through the gadget, pushing the product to the top of Amazon’s toys and games bestseller lists. The sustainability of the trend was questionable though, as reports that schools were beginning to ban the toys started to surface. However, the toy’s biggest obstacle ended up being oversaturation in the market, leading to new and creative spins of the popular gadget.