A mock ad featuring a Millennial Commuter Barbie is trending, Starbucks is jumping on the dark foods bandwagon with their new Frappuccino, a red bathing suit took over Instagram feeds, and more stories you won’t want to miss…

Don’t fear, Millennial Commuter Barbie is here. Created by two New York-based comedians, the fictional Barbie that comes with a “buzzy new novel, coffee-stained New Yorker, headphones, Strand tote bag,” and of course a metro card in tow, stars in a parody YouTube video which has generated over 55,000 views. In the video, two little girls hilariously note the struggles that come with being a Millennial commuter like manspreading, spilling Starbucks beverages, and grabbing on to sweaty train poles. The comedians came up with the idea after a trip to the bookstore, The Strand, that “set off a PTSD flashback to every canvas-lined rush hour commute [they] had.” 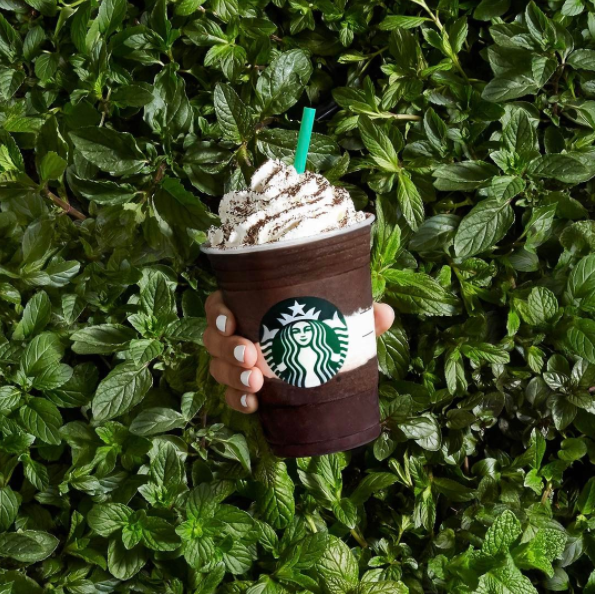 No longer wanting to be behind on any trends, Starbucks is going goth. The chain has introduced the Midnight Mint Mocha Frappuccino—a nod to the emerging dark foods trend— just in time for their Frappuccino Happy Hour. The “jet-black frozen concoction” is made with dark cocoa and “infused” with mint sugar crystals. Just like their highly publicized Unicorn Frappuccino, which Starbucks says drove “significant traffic, awareness [and] brand affinity,” the Instagram-worthy beverage will only be around for a limited time and is already creating a buzz—a promotional Instagram post has already garnered over 460,000 likes. “People are gravitating toward vibrant colors,” says the chain’s development manager, and they plan to “have a lot more coming.” 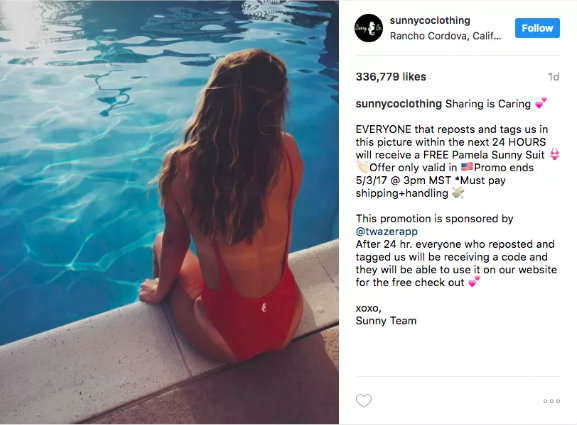 Sunny Co Clothing went too viral for their own good this week when a promotional post to give away bathing suits backfired. Using the caption “Sharing is Caring,” the retailer posted an Instagram asking followers to repost a picture of a girl in their red Pamela Sunny Suit within 24 hours to get one of their own for free. With a few thousand people participating, the image took over feeds and even prompted Olympic gymnast Simone Biles to tweet “please stop posting the red bathing suit picture”—a post that has been liked over 16,000 times. As evidenced by their follow-up post, however, the retailer was unprepared for the success. They have since added a list of rules to the promotion that included reserving the right to cap the number of suits given away, prompting backlash from participants.

McDonald’s went viral this week with an infomercial introducing their latest invention: a fork made with French fries known as the Frork. Anthony Sullivan, the pitchman best known for promoting OxiClean, stars in the “goofy” video, demonstrating how the Frork can be used to scoop various sauces and noting the obvious by stating “Will the Frork change your life? Probably not.” It has generated almost two million views, and although it was created to promote the restaurant’s new Signature Crafted Recipes sandwich line, it has built up interest on its own. Starting today, McDonald’s is selling a limited supply of Frorks when consumers purchase one of their new sandwiches. 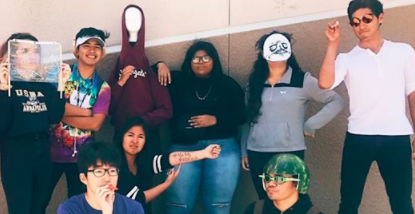 A Kermit the Frog Twitter thread with Solange lyrics goes viral prompting a reaction from the singer, high school students brought memes to life with costumes that are going viral, and a Finland microbrewery is creating a buzz by selling 1,000-can pack of beers.