The In-N-Out NYC pop-up that fooled thousands of excited fans, the trending Starbucks Frappuccino that has baristas spooked, “first of all” is the meme of the week, and more viral stories to know… 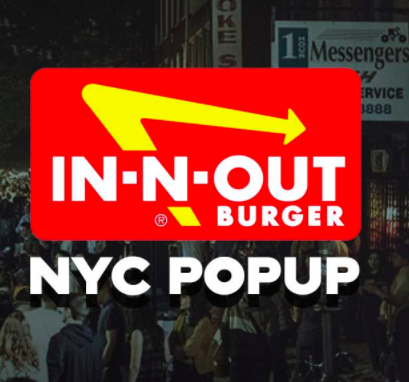 The In-N-Out Pop-Up That Wasn’t

A Facebook event announcing In-N-Out’s first NYC pop-up went viral last weekend, building a RSVP list of over 40,000 fans—problem is, it’s not real. The event, created by Facebook group NYC Popups, promised food, art, music, and free hats and t-shirts in Manhattan’s SoHo neighborhood from October 27-29. But, to the disappointment of many, the beloved burger franchise revealed the event to be a hoax on Monday, stating there were no future plans to come to the city. Although many could say the event was too good to be true, west coast-based In-N-Out has made the trek to cities like London, Sydney, Zurich, and others before, so perhaps the big apple will be next in light of the prank’s viral response. 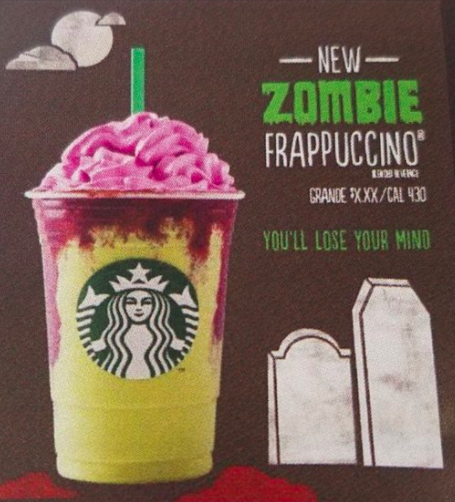 Get ready for Starbucks to take over your Instagram feeds once again. Consistently looking for their next unicorn, the chain is reportedly launching a new instagrammable Frappuccino just in time for Halloween. The Zombie Frappuccino, yet to be confirmed by Starbucks, is pictured in leaked marketing materials as a green and pink concoction with red blood-like drizzle coming from the top, and the tagline “You’ll Lose Your Mind.” That tagline could also be describing the brand’s baristas, who are being very vocal on Twitter about their displeasure of having to create complex and colorful beverages all over again. 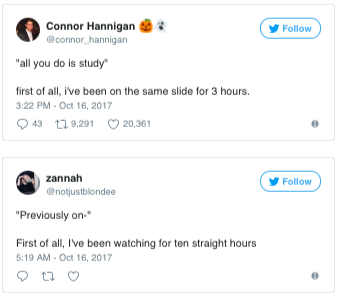 “First of all is the viral meme of the week.” First of all…actually yes, it is. The meme, which has taken over Twitter feeds and inspired a viral Netflix tweet with over 400,000 likes, “celebrates [the] elaborate art of the self-own.” Tweeters start an imaginary conversation with a quote, and then respond to “set the record straight,” with, “First of all…” The meme’s hilarious and main draw is the its self-depreciating nature. One example: @notjustblondee’s viral tweet poking fun at the binging generation with, “previously on—First of all, I’ve been watching for ten straight hours.”

The Internet Takes on The Grande Challenge

This week, the internet came together and asked, “how did Ariana Grande kneel on a tiny stool?” First asked by @McJesse in a viral tweet with over 300,000 likes, the question is about Grande’s latest album cover, which features the singer in an “impossible-looking pose” on a small stool. @McJesse hilariously failed his attempt at the pose, inspiring many others to take on the challenge and call into question the validity of the image. Successful attempts and leaked outtakes from the photoshoot took the investigation further, showing that “believe it or not she actually did it.” Grande herself has responded to the controversy in a tweet with over 700,000 likes.

Google pays tribute to Selena Quintanilla in a trending doodle, a kindergartner raised over $5,000 in a GoFundMe campaign to buy her classmates milk, and the contender for Halloween costume of the year—Snapchat’s Dancing Hot Dog—is here.