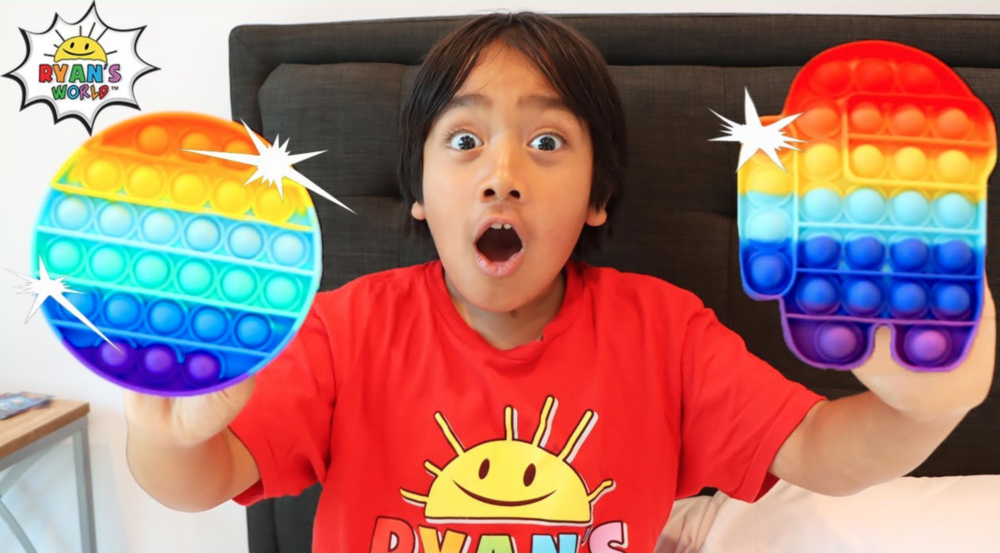 The pressure to shop for holiday toys is already on for Millennial parents, so we asked what their kids are asking for to put together a list of what might be the hot toys of the season…

YPulse’s recent Holiday Shopping Plans behavioral report found that holiday shopping is starting early this year for Gen Z and Millennials—and especially Millennial parents. Over two in five Millennial parents plan to start holiday shopping this month, and, of course, games and toys are at the top of their holiday gift list. This year, the pressure is on to get hot holiday gifts as soon as possible. With news reports of shipping delays related to COVID and the previous blockage of the Suez Canal, brands and toymakers have warned about low stock and shortages, and are urging families to do their shopping as early as possible, with some retailers launching holiday shopping guides as early as this summer. The stakes feel high: Target has taken the perhaps unprecedented step of chartering their own container ship to “sidestep the global shipping crisis.” While big toy companies like Hasbro and Mattel claim to be better equipped to handle the challenges, others like MGA Entertainment reported that they initially anticipated 50% sales growth this year but now expect to grow by 18% to 20%.

Meanwhile, Amazon, Target, and Walmart are among the retailers that have unveiled their Black Friday deals and holiday gift guides at the beginning of this month to help people plan and get ahead of the holiday shopping rush. But what toys will kids actually be clamoring to get? To find out what will actually be the in-demand hot toys this holiday season, we used our on-demand survey platform PULSE to ask Millennial parents exactly what toys they plan on buying their kids.Here are some of the trendy toys that are likely to start flying off the shelves and taking over online carts this season: 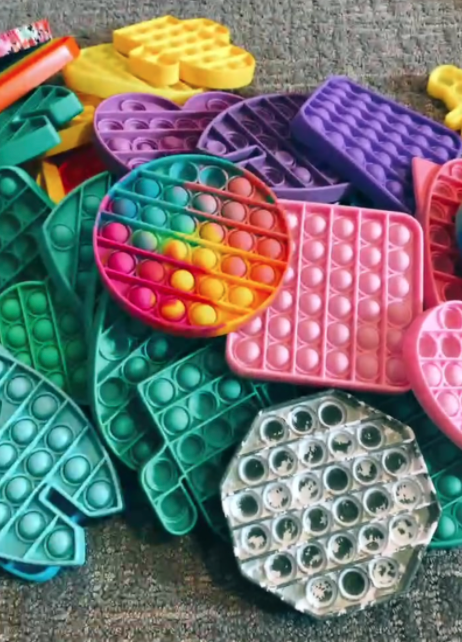 Pop Its
If you’re a Millennial parent, you probably already know about Pop Its, the inescapable fidget toy that kids can’t seem to get enough of. It’s hard to avoid the hype online, and we weren’t surprised to see that parents are planning to get their kids Pop Its for the holidays as well. The WSJ dubbed Pop Its, which mimics the sensation of popping bubble wrap, the “toy of the pandemic,” and videos of the toys have exploded on TikTok via #fidgettoys, which has a whopping 14.7 billion views. FoxMind, is the original maker of Pop Its, notes that the toy has grown from selling 700,000 units in 2019 to seven million between 2020 and 2021. The toy is transcending generations according to the vice president of design and marketing at Buffalo Games, and has become even more popular than fidget spinners did in 2017 due to the fact that they come in all different shapes, colors, and styles. Learning Express has 90 toy stores across the U.S. and says they waited until the last minute to finalize their holiday catalog product selection to ensure they had the most in-style Pop Its and fidgets ahead of holiday shopping this year. YPulse’s State of Mind research found that 42% of Millennial parents are interested in toys or games that help their kids deal with stress or anxiety. Meanwhile, fidget toys have even infiltrated the advent calendar market, with seemingly hundreds of fidget advent options flooding Amazon—and most of them prominently featuring holiday themed pop its. 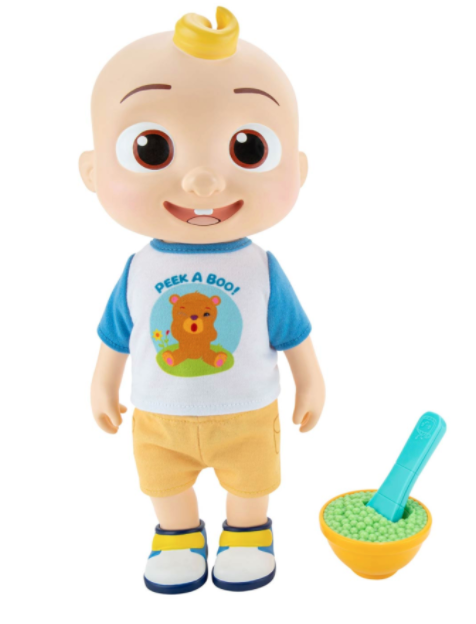 Our PULSE survey found that nearly 40% of parents say their kids see the toys they want on YouTube—and more than one parent told us they’ll be getting their kids “anything CoComelon” for the holidays. CoComelon, a series about a toddler named J.J. who sings nursery rhymes with all his friends, was one of the YouTube channels that took off during quarantine—and it currently has 119 million subscribers. And last summer, it got its own series on Netflix, which has consistently been one of the most-watched series on the streaming service since it premiered. The streaming service even announced that they are planning to order three more seasons of CoComelon Lane as well as 48 episodes of Little Baby Bum, which is based on another hit YouTube show from the CoComelon team. In short, it’s CoComelon mania out here, and yes, there are memes for parents who have listened to the show’s songs 305,436,432 times. And ther are also lots, and lots of CoComelon toys. Last winter, CoComelon’s production company Treasure Studio teamed up with  toy company Jazwares to create the first line of products based on CoCcomelon videos and launched with plush, bath play, vehicles, figurines, and role play products. Ahead of the holidays, the streaming service partnered with Walmart for “the largest online destination for Netflix merchandise,” that will include products, toys, and games to feature tie-ins with shows like, Stranger Things, Squid Game, and yes, CoComelon. Millennial parents tell us their kids will go for anything related to the series, so you can bet this merch, and other retailer’s CoCo toys, will be popular.  Meanwhile, other YouTube channels mentioned in our survey included Ryan World’s and Blippi, which is a series of educational videos geared toward 2-6-year-olds. The former branched into branded merch by signing licensing deals with Walmart, Amazon, and Skechers USA Inc. while the latter has a line of plush plush toy featuring 15 of the character’s sounds and phrases, toy vehicles, and “surprise boxes” aimed at helping children count or learn colors by putting accessories inside numbered or colored boxes—which was created by Jazwares. 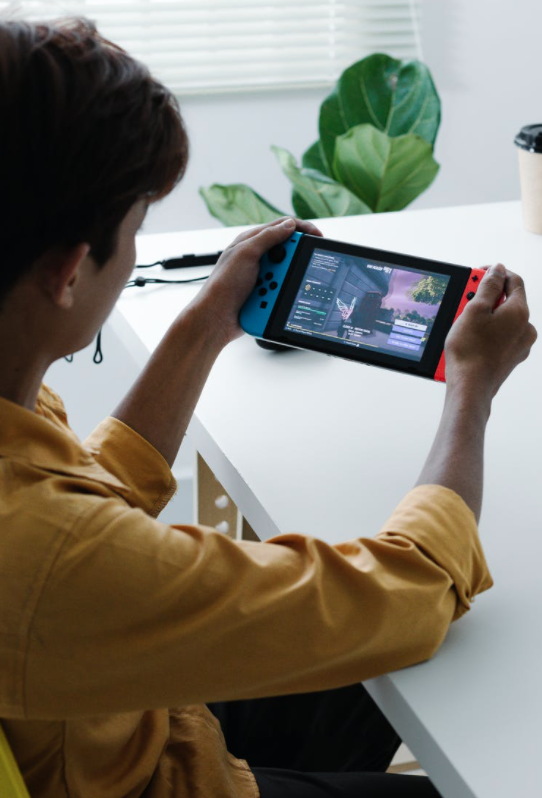 Video Game Everything (But
Especially Switches)
When we looked at the results of our PULSE survey, video games and gaming-related toys dominated Millennial parents’ responses. Twenty-two percent of parents tell us their kids see the toys they want on video games, and many say they will be getting their kids gaming consoles, with  Nintendo Switch the most mentioned among this group. Online gaming equipment like gaming computers and mouse pads were also listed as gifts they plan to get their kiddos Specific toys tied to Minecraft and Roblox were also mentioned, which Millennial parents tell us are some of their kids’ top favorite video games. After racking up millions of users for app downloads and virtual concerts with Ava Max and Lil Nas X, brands including toy makers like Lego and L.OL. Surprise Dolls have been flocking to the gaming platform, with the latter brand launching a game for the platform in the spring. Meanwhile, Jazwares launched a line of official Roblox toys to further reach kids offline. It shouldn’t come as a surprise that video games, related equipment and toys are taking over kids’ wish lists this year since gaming saw increased interest during lockdowns. Our gaming report found that 67% of Millennial parents say their children play mobile games every week, while 61% and 53% say their kids play video games on a console and computer, respectively. 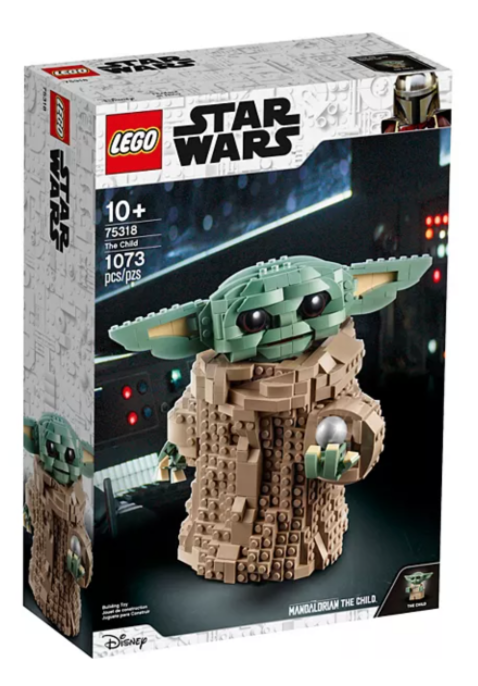 Classic Toys
Though video games and newcomers like Pop Its will surely be big this holiday, the toys Millennials grew up with themselves are also high on their shopping lists. Classic toy brands and playthings like Lego, Mattel’s Barbie and Hot Wheels, and Hasbro’s Transformers were mentioned in our PULSE survey. YPulse’s Playtime trend report explored how Lego is one of Millennials’ favorite childhood toys, and the brandserved as a stress-reliever to many during the pandemic. Last month, Lego announced that their profits “more than doubled” in the first six months of the year as “brick fans stayed home to build Star Wars and Harry Potter models” even after quarantines were lifted. Lego highlighted the success of its tie-up with the games company Nintendo with the sets devoted to Super Mario, which reportedly helped it combine physical and digital play. Meanwhile, Mattel has been doing everything in their power to stay relevant with this generation of Millennial parents and their kids in recent years through online resources that mix physical and digital play: Barbie has spent the past few years remaking its image, adding diverse body types, races, and abilities to its line of dolls, as well as honoring female pioneers such as European astronaut Samantha Cristoforetti and young athletes like Naomi Osaka. Meanwhile, we told you that several classic toy brands were making movies as a way to continue the next gen of toy fans—and for a good reason. When we asked parents in our PULSE survey how their kids are seeing the toys/products they want, nearly 22% say they do on TV shows or movies.  Millennial parents also told us that figurines for Disney-related titles like Star Wars, Marvel and Avengers (along with MCU newcomer Shang-Chi) are on their kids’ wishlists, and, of course, there were mentions of Anna and Elsa toys from Frozen. 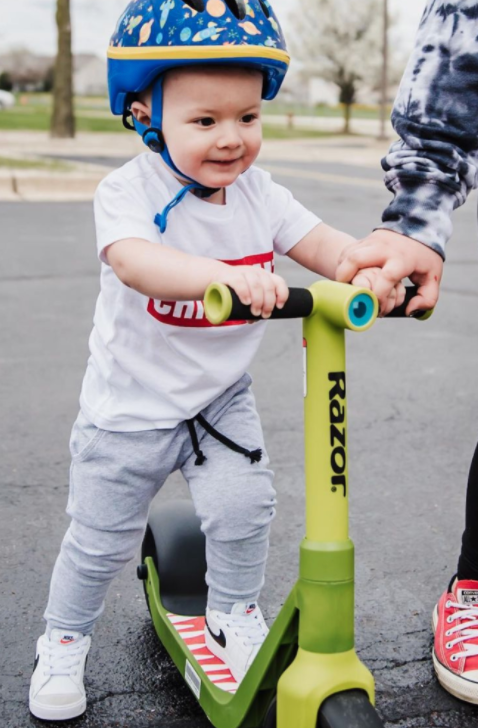 Outdoor & Active Toys
Winter may be coming, but outdoor and active toys were still mentioned by Millennial parents, who say their kids want swingsets, scooters, and trampolines for the holidays. Last spring, the NPD reported that sales of outdoor and sports toys surged by $193 million—a 51% increase over the same time the previous year. When we interviewed outdoor toy brand B4 Adventure last fall, they told us that “parents were looking for more entertaining products for their children at home” during lockdowns. One parent tells us they want to get their kids “3 swing sets,” while several mentioned scooters and bikes. Last summer, classic scooter brand Razor collaborated with some “unexpected” brands including Sharpie, Takis, AriZona, Beverages, and Sriracha to release branded scooters to “reflect the logo, brand identity, and hues” of each brand to reach young customers. But there’s also been an emergence of more high-tech scooters including Razor’s own line, Segway scooters, Gotrax’s e-scooters, and many more. Even kid tech companies are creating outdoor-focused products to get kids outside: Flycatcher created a Smarty JoJo airplane and Smarty FLUTTER butterfly toys designed for preschoolers to take the toys on mini scavenger hunts; DIY.org is gamifying young kids’ online learning environment with virtual classrooms and camps that give them challenges to share with others like taking a picture of themselves planting a tree; Biba Ventures uses AR to get kids to visit their local playground with its free Biba Playground Games mobile app that includes scavenger hunts or obstacle-like courses for kids to participate in. Speaking of more active toys, this year’s Summer Olympics seemed to have made an impact on kids’ toy desires as well: One parent tells us “They have asked for things they saw in the Olympics such as batons and archery bows.”