As young users turn to new spaces to creatively express themselves and stay connected with friends, these platforms are ones to watch…

In the COVID era, digital platforms and apps have become an even bigger part of quarantined young consumers lives. The pandemic caused social media usage to boom as the focus of young users at home shifted into entertainment—making already popular social networks even more popular and turning once-niche networks into mainstream platforms. YPulse’s social media behavior report shows that Youtube, Instagram, and Facebook are still the most popular. But over the last year, use of some of the biggest platforms has fallen among many young consumers, while once-niche apps have thrived. And as the pandemic drags on, newer platforms that offer something different, and a respite from some of the rules and regulations of long-standing players, are starting to gain traction.

From gaming to NSFW to an exclusive, audio-focused app, these are some of the platforms that are getting noticed by more young users, and that brands should keep their eyes on in 2021: 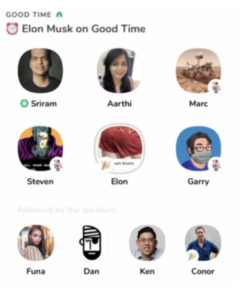 Developed by Paul Davison and Rohan Seth and launched last spring, Clubhouse is an exclusive, invite-only app that is focused on voice chatting, and allows users to set up discussions and audio events that can then be joined by others. While it was originally created for techies to connect and network, it has attracted professionals from other industries, including major celebrities like Oprah, Kevin Hart, Mc Hammer, Jared Leto, and Elon Musk. Users have gone from hosting discussions between venture capitalists to adding in celebrity talk shows, D.J. nights, speed dating, theatrical performances, political debates, and general networking events. Earlier this week, Musk hosted his first event on the app, which “busted” the 5K limit of users in a chat room forcing many of them to livestream it to YouTube. Currently, the “drop-in audio app” has reported 2 million users—but they have even bigger plans to grow in 2021. They recently raised an “undisclosed amount” of funding that is reportedly valued at $1 billion, and plan to use “a portion” of the funds to develop “content monetization features” and a grant program for emerging creators, as well as develop an Android app. According to the NYTimes, they began plans to test their own influencer program last month to “cultivate its own local celebrities.” The projected “Creator Pilot Program” is expected to have more than 40 influencers who represent “a new class of online fame.” So far, they’ve been promised regular meetings with one of the app’s founders and early access to special tools designed for “power users.” 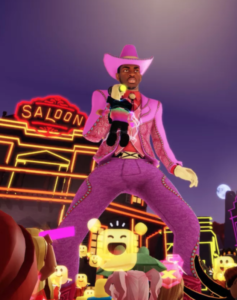 Despite being around since 2006, Roblox has been getting a ton more attention in the last year. During a time when quarantined young consumers turned to gaming, the platform (which allows users to program games and play games created by others) surged in popularity among young gamers during the pandemic. About three quarters of 9-12-year-olds in the U.S. are reportedly on the platform, and we told you how Millennial parents reported that it’s one their kids’ top favorite gaming platforms. There are free and premium offerings: On the free site, users can create avatars and access “millions” of games that include first-person combat, solving egg hunts, and chatting with other players. To become premium members, gamers can pay $5 or $10 to purchase “Robux,” in-game currency, which lets them buy outfits, weapons, and hot air balloons for their characters. In August, RTrack reported that the number of active players on Roblox had jumped 35% since February and reached 164 million in July. That same month young gamers spent a whopping 3 billion hours on the site and app. Recently, Roblox has been finding ways to compete with other popular gaming and social platforms like Fortnite, Minecraft, and yes, even TikTok—to become the emerging destination for “branded virtual experiences.” Over the summer, they teamed up with DC and Warner Bros. to create “an entire universe” full of Wonder Woman-inspired virtual gear and clothes to promote Wonder Woman 1984—which brought in more than 18 million visits. Then in October, they hosted an album launch party for pop star Ava Max and the following month put on their first virtual concert featuring Lil Nas X who generated 33 million views. The recent announcement of their eight-figure investment from Warner Music Group proves that the platform is focusing on becoming a major media player—and that their growth is one to watch this year. 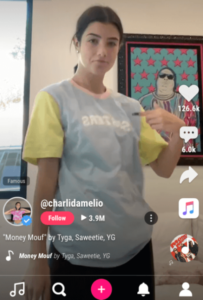 We already told you about the sea of TikTok copycats that exist out there, and Triller is one doing everything in their power to compete and attract talent to their platform. In 2020, they “pull[ed] out all stops” and began shelling out money on lavish gifts to grab influencers from TikTok. Some of Sway House’s members migrated to the platform, with members offered Triller roles if they posted more content to the app, while Charli D’Amelio opened an account as well and was given a black Rolls Royce with a TRILLER vanity plate. And, thanks in part to Snapchat, they’ve also been able to attract beauty brands. In an unexpected move, “TikTok regular” E.l.f Cosmetics jumped on Triller as “the first beauty brand” to launch a campaign on the app to debut their holiday album “e.l.f the hauls.” Meanwhile, NYX Cosmetics launched an AR lens and virtual shopping experience that will be available on both Triller and Snapchat. As part of their #NYXCosmetics21Drop campaign, the AR experience promoted new items for the brand’s 2021 beauty drop and allows customers to try on makeup via the lens, and they hosted a livestreamed concert with singer Bebe Rexha. But Triller has even bigger marketing plans in store: according to Marketing Dive, the app is reportedly prepping a Super Bowl ad as it looks for its “breakout moment.” If their big game commercial is successful, they could gain more awareness and users very soon. 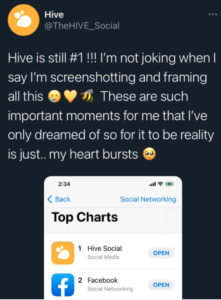 Hive is a social media app that has been around since October 2019, but interest in it has spiked this year—well, this week to be exact. Seemingly overnight, the app has exploded in popularity, reporting on February 2nd that they gained 130,000 users overnight. As of the time of this writing, Hive is the No. 1 social media app on Apple’s App Store and the No. 2 most-downloaded app overall. Hive has been described as a mashup of some today’s most popular apps: It has “nostalgic feeling” of MySpace with the ability to set songs on a user’s profile where they can also incorporate status posts where they can like, comment, and repost in a similar fashion to Twitter. It also allows users to show off their life, hobbies, and talents by sharing posts and videos in chronological order, which some have reported is “reminiscent of Instagram when it first began.” So, why the sudden explosion in popularity? According to Hive’s creator, Kassandra Pop, they paid a user on TikTok to promote the app—and it caught the interest of a One Direction “psychic” who tweeted about it and grabbed the attention of “Stan Twitter.” Now the app (22-year-old founder Pop and a small team are working overtime to get their servers updated to keep up with demand. Brands willing to get in on the ground floor of a new social media space should start planning their Hive aesthetic and learning the lingo (besties is a favorite term on the app). 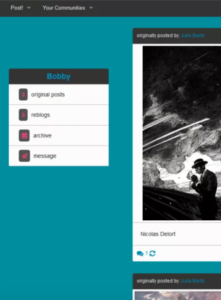 At the end of last month, newly launched site Pillowfort announced via Twitter that it was open to all new users who wanted to become members after being in beta mode (with over 100K registered users) for the last year. According to its founders, they wanted to create a site that “takes the best features from popular blogging platforms while aiming for a site that is user-friendly, community-friend, efficient, and fun.” They’ve depicted themselves as “a hybrid of Tumblr, Twitter, and LiveJournal” that functions very similarly to Tumblr, complete with likes, replies, private mail, reblogs, and a “bottomless home feed”—making it a “perfect home for Tumblr refugees.” The company said they would also be welcoming makers of NSFW content, many of whom were impacted by Tumblr’s initial porn ban—and will have much more control over how they view, access, and hide that type of content through a filter and blacklist section on the home screen’s sidebar. While they came across hiccups on launch day, Pillowfort seems to already have plenty of fans with one user reporting that it is “100x better than Twitter.” Meanwhile, Lips is another NSFW platform on the horizon, founded by Annie Brown, which is a new social network for sexual expression that provided a safe space for sex workers, erotic artists, queer people, and activists to post “without fear of censorship or harassment.” Last year, we told you how OnlyFans was one of the apps to watch last year, and it’s success has led to more young consumers joining apps that allow them to post more risqué content.