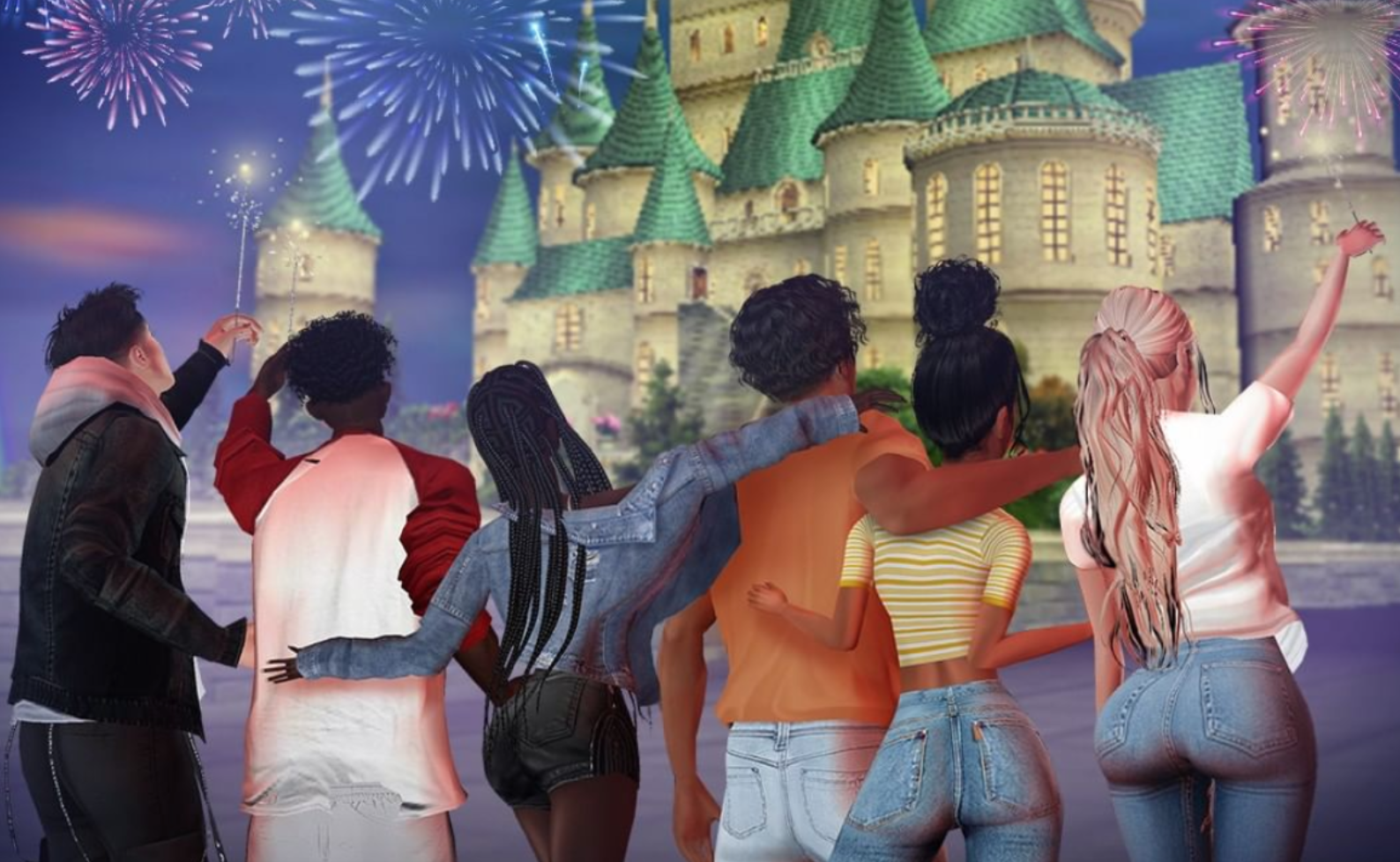 It’s not all about TikTok. These apps have seen a surge in popularity among Gen Z and Millennials during the pandemic—and brands should know about them…

YPulse’s special report on social media use during COVID found that 82% of 13-39-year-olds agree: “I will be relying on technology to stay close with friends and family during this time”—and as a result, using social media is the number one activity that they’re doing in their free time during quarantine. We’ve explored how this has fueled massive growth for some platforms (ahem, TikTok and Animal Crossing) but brands shouldn’t sleep on some of the other lesser known platforms have been seeing surges during this time as well.

According to the Wall Street Journal, while social media usage has spiked during the pandemic, some young consumers are turning to “niche” platforms instead of the much broader platforms like Facebook and Twitter. Discord has seen sign-up rates increase 200% since the start of the pandemic, as gamers turn to it as a haven. Platforms like BakeSpace and running and cycling app Stava have seen popularity surges as young quarantined people focus in on their hobbies—and look for communities that share those passions. It’s also no surprise that platforms that focus on connection, access, and virtual socialization have seen their numbers surging—though not everyone has been paying attention. Though you may not have heard of them, these three social platforms are engaging users and providing unique ways to connect during the pandemic—likely earning them more long-lasting popularity: 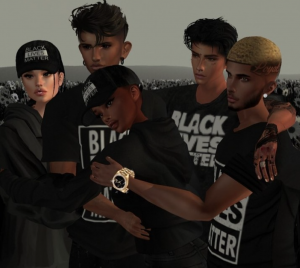 While IMVU has been around since 2004, the social game has seen a resurgence during the pandemic with a 75% increase in users young consumers search for platforms where they can “hang out” with friends while distancing. YPulse found that 50% of 13-39-year-olds are playing games more often on social media since COVID, and currently 12% of 13-17-year-olds tell us they use IMVU (compared to 9% of 18-37-year-olds). The game allows users to create their own avatars to explore different “metaverses” and interact with other players. IMVU has been described as a combination of The Sims, The Last of Us, and Chatroulette, with each nurturing their engagement through “an avatar-influencer culture” that goes beyond the virtual galaxy and “spills onto social media like Instagram.” In March, they launched the “Live Rooms” feature, which has proven to be beneficial during the quarantine. COVID has fueled the rise of virtual events, and IMVU’s Live Rooms has been used to host live events like fashion fundraisers, wedding ceremonies, and Pride parades to help cooped up young consumers missing out on celebrations and milestones. They’re also keeping track of current events like the #BlackLivesMatter protests, which users have shown support for. Live Rooms allows users to entertain and engage an audience of thousands, invite others to present with them, and customize their presentation space. The audience can even chat, interact, and tip the host of the room. To make money, the game charges users who want to host an event a subscription fee to create those experiences, design the space, and market it through chat rooms. However, attending the event is usually free for invitees. For brands looking to enter the live event space, IMVU is one to watch—and one that might be overlooked by others. 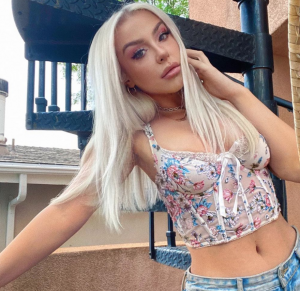 OnlyFans is a subscription-based service where creators can earn money from users (“fans”) who subscribe to their content. Through the service, creators can receive funding directly from their fans on a monthly basis through tips, and a pay-per-view feature. While it supports a variety of content creators, it’s especially popular in the adult entertainment industry with amateur porn stars, escorts, and webcam models. During COVID, the site saw a 15% uptick in users after Beyoncé name-dropped them in a verse for the “Savage” remix. OnlyFans even responded saying: “Beyoncé, and any artist, are welcome to join OnlyFans at any time to foster a deeper connection with their fans.” But that hasn’t been their only popularity-booster: the platform has exploded during the pandemic with a 75% increase in new sign ups, reporting to Forbes that they have been gaining 150,000 new users every 24 hours, and cutting their referral payments because so many have been joining. Influencers and reality TV stars like Tana Mongeau, Caroline Calloway, and Blac Chyna have created accounts during quarantine. Chyna offers a $50 monthly subscription and bundle deals, while Calloway charges $49.99 to unlock her content each month, and Mongeau is offering $74 of video content. Love & Hip Hop stars Safaree Samuels and Erica Mena, rappers Casanova and The-Dream, and Real Housewives star Dorinda Medley also started accounts while in lockdown. The platform is seen by many creators as not just a way to monetize their popularity, but as a space where they’re able to share NSFW content that isn’t allowed on other platforms. Meanwhile, some young consumers who have no sex work experience prior to the pandemic and are worried about finances have joined to pay off mortgage bills and take care of other necessities. OnlyFans is definitely on the more risqué side of social media—but with millions joining and paying to engage with the creators and celebrities fostering communities there, it’s one that brands should know about. 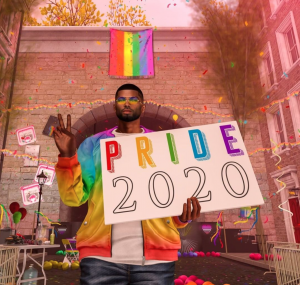 Ok, so you’ve probably heard of Second Life, but it’s probably time you took a second look at the platform. (Sorry.) The social and online virtual world game that launched in the early 2000s, has seen higher engagement during the pandemic that’s led to a more than 75% surge in users and a 40% increase in the amount of time a user stays logged in. Now, they’re up to 900,000 active users monthly. While they have VR headsets to offer an augmented reality experience, this special gear isn’t a necessity to use the platform. With the designated Viewer feature, users can form chat groups with other like-minded players to communicate about the latest events they want to attend together. Of course, games like Minecraft and Animal Crossing: New Horizons have captured the attention of Gen Z players, but Second Life has been attracting Millennials. Like IMVU, the platform has been heavily relying on their virtual events—milestones and relevant celebrations such as Pride for the month of June—and launched a destination guide to help users navigate what is happening “at any given moment.” One of their most popular events is the Book Club, where they invite real authors for a virtual meet and greet. They’ve even experimented with recreating movie theater experiences by hosting livestream premieres of popular Adult Swim series like The Shivering Truth. Last year, the game launched Lab Gab—a biweekly live streamed variety show to showcase events, destinations, and even invite Second Life residents from around the world to be interviewed. Though Second Life might have been out-buzzed by other big social platforms in years past, it’s proving that it can still draw in users, and keep them engaged.