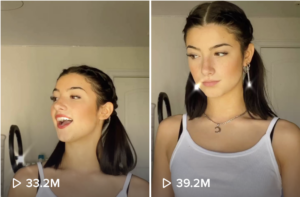 Social media has become a lifeline for Gen Z and Millennials—so which platforms are their favorites now? We asked…

There’s little doubt that social media has never been as important to young consumers as it is now. Stuck at home and separated from friends, they’re more reliant on social networks than ever before to connect them, distract them, and comfort them. While the negative impacts of social media on Gen Z and Millennials were much debated pre-pandemic, they have clearly been a resource for young consumers dealing with massive change and isolation. According to our exclusive survey on COVID-19’s impacts on these generations, 82% of 13-39-year-olds are relying on technology and social media to stay close with friends and family during this time.

And their social media use has been changed. In our recent survey on social media use, we found that Millennials are spending a self-reported five hours a day on social platforms, and Gen Z is spending closer to six. The majority of both groups say that their social media use has been changed in some way, with half saying they’re checking their feeds more often. Their engagement is up—though we found that it’s not up on all platforms. In fact, daily use of some of the biggest social apps has decreased, while once smaller players steal up time and attention. To find out what platforms they’re enjoying the most now—which will certainly influence which they continue to use more going forward—we asked young consumers “What’s your favorite social media platform to use during the quarantine?” These are their top responses—revealing the tectonic and lasting shift that the COVID crisis has created for social:

Do you see that shift that we were referring to? All over the world, cooped up Gen Z teens are flocking to TikTok—and this data shows they’re not alone. TikTok is now a top favorite platform not just among Gen Z teens, but among all age groups of young consumers. According to DataTrek Research, it’s seen the biggest surge on Google search in the last 90 days over social networks like Facebook, Snapchat, and Twitter.

Our data shows that while other platforms’ use has remained steady or even fallen (thanks to the rise of niche networks and new video chat competitors) TikTok’s has skyrocketed in the last few months. Currently, 52% of 13-18-year-olds are using TikTok, and increase from 35% in February of this year. The growth has been massive among younger Millennials as well, with 45% of 18-24-year-olds now using the platform, compared to 22% in February. In fact, TikTok ranks even higher as a favorite among this group. Now, with unemployed young service workers and bored teens alike joining the app to escape, it’s become, according to The Guardian, the “perfect platform to ride out the pandemic.”

Of course, it’s not number one for any group—yet. Instead, Instagram sits comfortably at the top for both 13-18-year-olds and 19-25-year-olds, and Facebook still has a strong hold on older Millennials. (In fact, if we were to show an overall ranking, Facebook would be at the top thanks to the sheer number of 25-37-year-olds who say it’s their favorite). YouTube also outranks TikTok among both Gen Z teens and older Millennials. Back in February, when we asked young consumers to tell us how they felt about some of the top social platforms, both Gen Z and Millennials were most likely to name YouTube as entertaining, and they’ve been relying on the platform during quarantine: watching YouTube videos is actually their top leisure activity, according to our data. According to a survey from the Channel Factory, 80% of consumers go to YouTube to improve their mood while they’re in quarantine—continuing the Content Cure trend we explored pre-pandemic.

The social media trends that have started thanks to quarantines will undoubtedly continue to impact social media use going forward. Video-first platforms are winning out among young consumers who not only look to social apps for connection, but for that entertainment and mood-boosting content they very much need, not just right now, but for the foreseeable future.