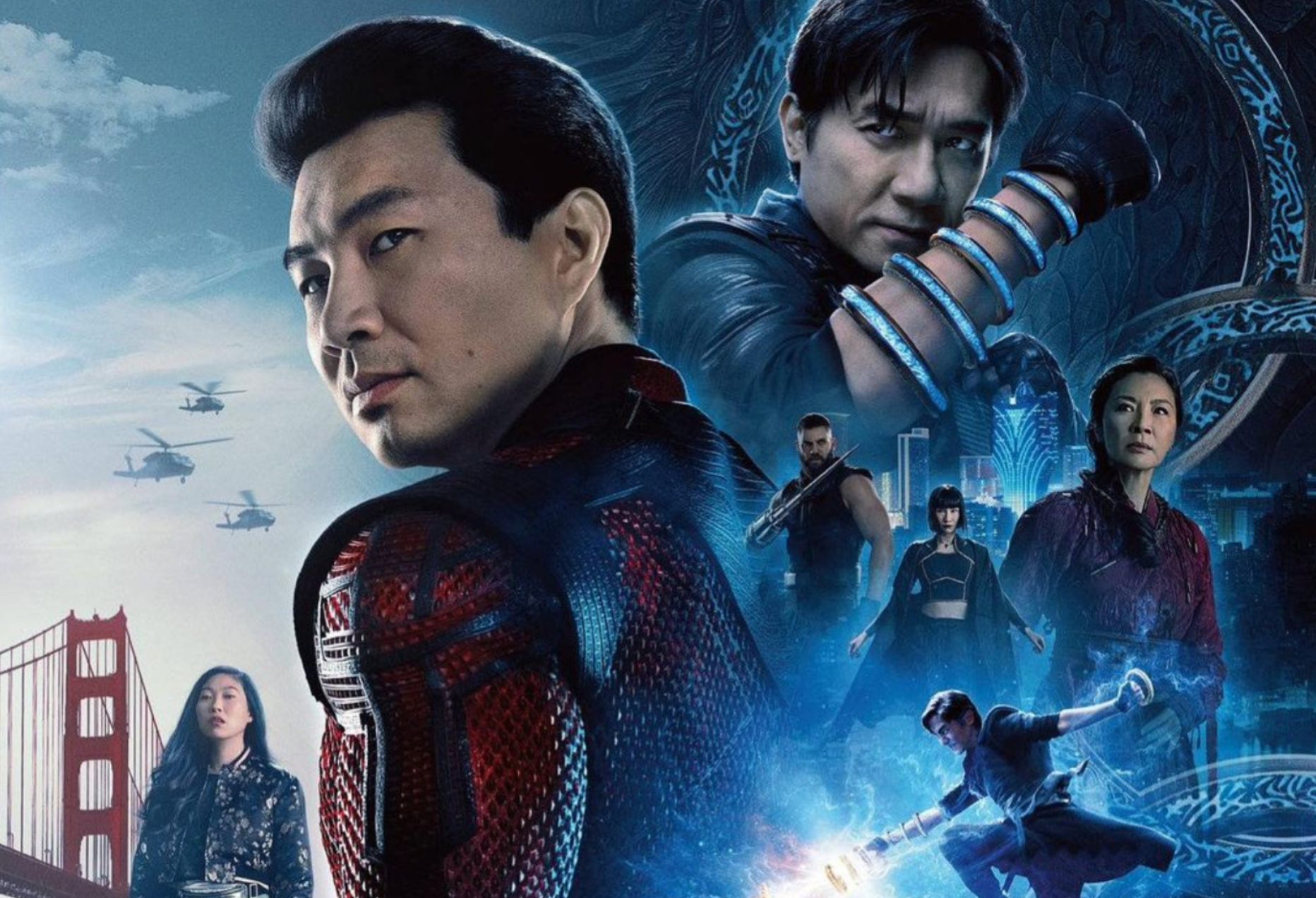 Marvel’s Shang-Chi And The Legend of The Ten Rings flew past box office predictions, Kim Kardashian’s crypto ad is being called out by a U.K. financial watchdog, Hulu’s The D’Amelio Show is sparking conversations about mental health, TikTokers are reminiscing about summer via #SummerRewind while showing how they’re getting ready for #SpookTember—plus more youth-focused news taking over social media this week! 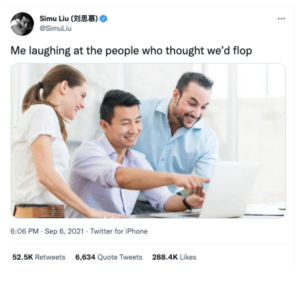 YPulse reported that the film was one of the movies that young BIPOC moviegoers were excited to see this summer—and fans certainly showed up for it. Marvel’s Shang-Chi And The Legend of The Ten Rings made history of its own and broke records over Labor Day weekend, making $94.4 million in the first four days of the film’s theater-only rollout (after an initial $45-50 million prediction). It is the MCU’s first Asian superhero film with a predominantly Asian cast starring Awkwafina, Michelle Yeoh, Tony Leung, and Simu Liu as the titular martial arts master and former assassin who comes out of hiding to protect a mythical village from evil creatures that have been unleashed upon it. Fans are celebrating the highly anticipated film on Twitter, noting, “this reminded me of why I fell in love with film thank you so much this was incredible”; “I’m so happy my son has Shang-chi to grow up with and I hope this paves the way for more people like us to take center in solid western films”; and “It’s better than iron man.”  The film’s soundtrack is also highly praised, and was produced by Asian-American record label 88 Rising, featuring several young Asian musicians as headliners including NIKI, Audrey Nuna, Rich Brian, Guapdad 4000, and Saweetie—a momentous moment for the industry as there’s a severe lack of representation of Asian-American musicians who have found mainstream success. Earlier this year, Twitter fans discovered that Simu Liu used to be a stock photo model, appearing in textbooks and advertisements all over the world. Users have been resurfacing the images saying, “You’re cool, but not Simu Liu stock photos kinda cool,” and “That man aged like a fine wine.” Simu Liu responded to the resurfaced images on Twitter last month saying, “Got paid 120 bucks and signed away all my rights to them because I was in credit card debt. Now they are everywhere.” Then this week the actor used one of those stock images to comment on his movie’s massive success, prompting over 50K retweets. 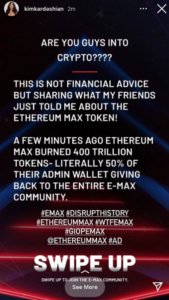 Financial watchdog Charles Randell (chair of U.K.’s Financial Conduct Authority) this week called out an Instagram Stories ad posted by Kim Kardashian West in June asking her more than 200+ million followers to “speculate on crypto tokens by ‘joining the Ethereum Max Community’,” raising awareness for the amount of scammers who often pay social media influencers to “help them pump and dump new tokens on the back of pure speculation.” The post “may have been the financial promotion with the single biggest audience reach in history,” notes Randall. While Kardashian’s post was accurately flagged as an ad, many influencers and celebrities have promoted tokens that turned out to not exist, amplifying the risk (of an already risky financial venture) for Kardashian’s now 250 million Instagram followers who potentially saw the ad. The D’Amelio family, Tana Mongeau, Floyd Mayweather, and Kim Kardashian are among a few celebrities and influencers who have recently started posting paid advertisements promoting different digital coins and exchanges. And despite crypto’s star-studded reviews or recommendations, ethereummax is considered a “more risky cryptocurrency” as it’s an altcoin that redistributes a small percentage of transactions to its token holders—and has only been around since May 2021. YPulse research shows that while young consumers’ knowledge of cryptocurrency and NFTs is growing, there’s still a gap in education, making it that much more risky for influencers and celebrities to promote the concept to their large (and often young) following. 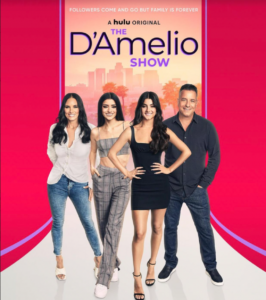 From going mega-viral during the birth of TikTok, to scoring brand partnerships, launching their own clothing line, and more, Charli and Dixie D’Amelio have taken social media by storm the past two years. (Charlie is currently the most-followed TikTok user with 123 million followers and Dixie has over 54 million.) Now, they’re diving into their viral success and (very real) lives as two teenage/twentysomething social media influencers in Hulu’s eight-episode series, The D’Amelio Show. Viewers are talking about how raw the series is when it comes to talking about the massive amounts of criticism the stars deal with daily. With several scenes showing the negative social media comments along with Charlie and Dixie’s reactions, breakdowns, and constant struggles responding to the hate, a mental health trigger warning plays at the beginning of each episode—signaling how bullying and mental health are deeply ingrained in the show’s message. One scene shows Dixie in tears while talking about how critical social media is of her appearance: “Everyone picks apart every single thing I say and do and the way I look. I know it’s just people’s opinions, but it hurts so much.” Social media users and viewers of the show have also been talking about the mental health struggles both sisters face in the show (#thedamelioshow currently has 331.3M views on TikTok), with @isaaclikes_ calling out how “miserable” Charlie and Dixie appear in the show and @justinhinsley saying, “this actually breaks my heart” as they watch a scene where Dixie’s is breaking down and crying from some of the hateful social media comments she receives daily, saying, “Do y’all realize the effect you guys have on people? Big influencers are humans too…they have feelings.” Charli and Dixie’s mother explains in the show that they didn’t originally want to include footage of the girls’ IRL therapy sessions, but have come to see it as an important conversation for Charli and Dixie to have with their viewers who could be experiencing their own mental health struggles. While some have speculated that The D’Amelio Show could turn into Real Housewives– or Keeping Up with the Kardashians-like reality shows Charli notes, “We told [Hulu] we do not want this to be drama-filled. We do not want to be flipping tables. That’s not us, that’s not true and we’re not going to put that out there.” While the Charli and the D’Amelio family have experienced backlash from past videos, they’re hoping their Hulu show will give the world a glimpse into what it’s really like to be “TikTok’s first family.” 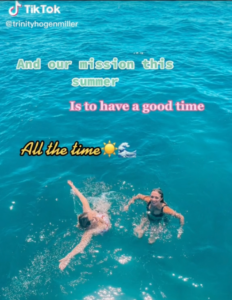 Raking in 277.7M views thus far, Gen Z and Millennial TikTokers are using #SummerRecap to share videos summing up the highlights of summer 2021. YPulse asked young people what their summer plans were, with spending time with family, getting outdoors, travel, hanging out with friends, and going to movies (for some) topping their list. So, it’s fitting that the trending videos for the tag include montages of young people’s summer travel (340.9K views), adventures with friends (60.9K views), and more celebratory moments (18.7K views) young people were able to get back to during a somewhat “normal” summer 2021. Taylor Swift’s “August” is also trending on the app with 20.7K videos using the track to sum up how fast “August slipped away,” while others can’t help but get ready for fall now that #Spooktember has arrived. Now that summer is officially over (depending on what your definition of fall is, of course), #Spooktember is in full swing IRL and on TikTok with 4.3B views. Cozy (and spooky) fall decor, autumnal coffee drinks, and Halloween costume inspiration videos are some of the most trending clips. 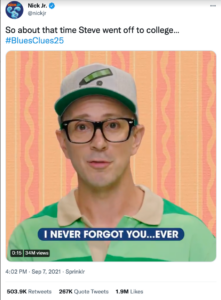 Steve from Blue’s Clues showed up on social media to remind Millennial fans “I never forgot you” for the show’s 25th anniversary—the post from Nick Jr.’s Twitter garnered 1.2M likes and 195K+ tweets.

BTS’ ”Butter” moved up to No. 1 on Billboard’s Hot 100 Chart following the release of the song’s remix with Megan Thee Stallion.

A TikTok video of a DoorDash driver “throwing a tantrum” at Sonic is sparking debate over how drivers are treated.

TikToker @healthy_punk is going viral for sharing their (extreme) minimalist home tour—and viewers are calling out the $7,400 chair that’s “not meant for sitting.”

A “Dazzling Look” TikTok filter is going viral for making people look like a Cullen vampire from Twilight.