TikTokers are Quitting Their Toxic Jobs on The Viral List 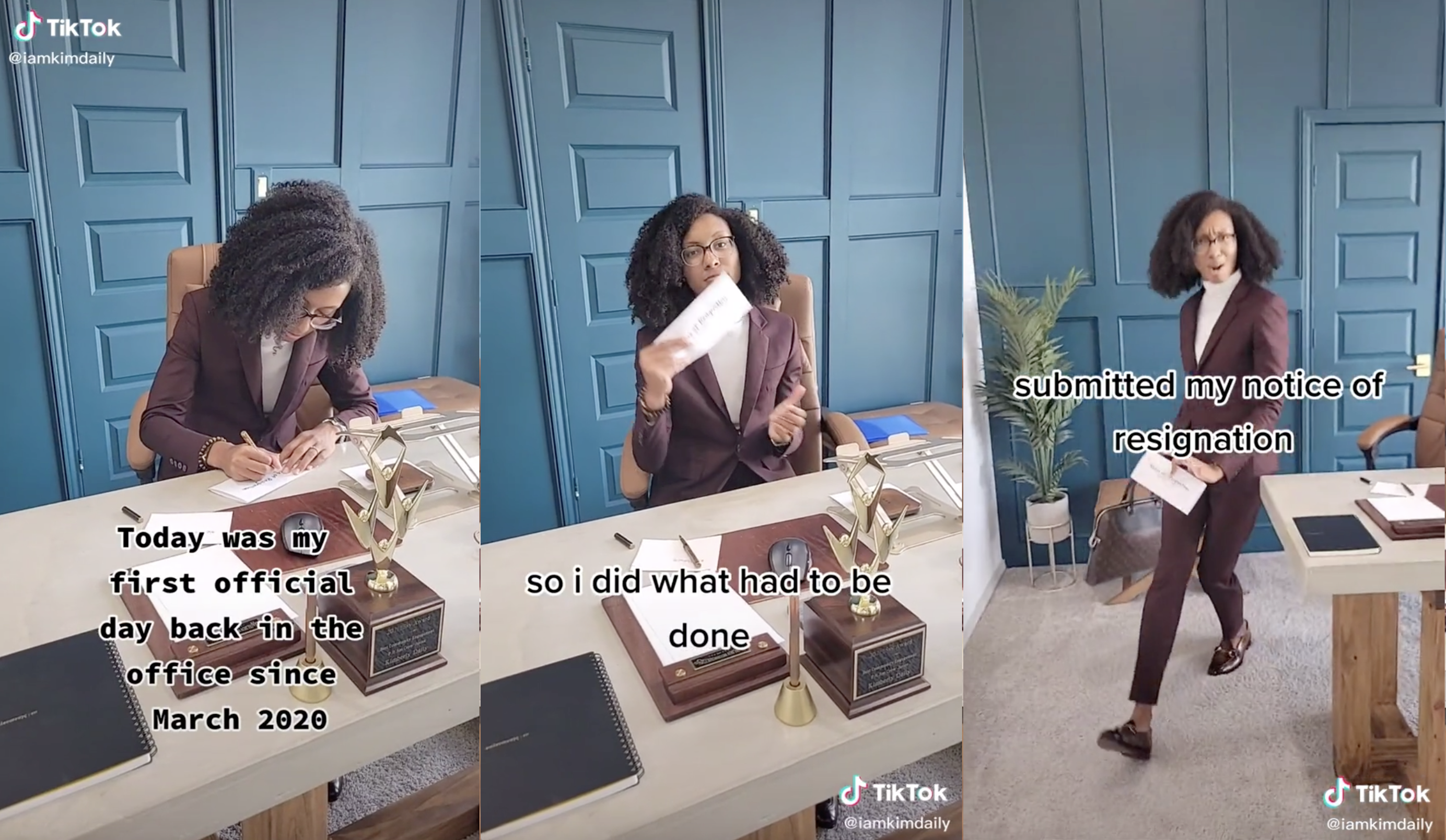 TikTokers are venting about quitting their toxic jobs on the app, Kraft Heinz and Van Leeuwen launched a cheese-flavored ice cream that is selling out, Naomi Osaka’s new Barbie doll sold out within a few hours of dropping, Olivia Rodrigo’s visit to the White House (and her tweed outfit) is getting the meme treatment, and—plus more youth-focused news taking over the internet this week! 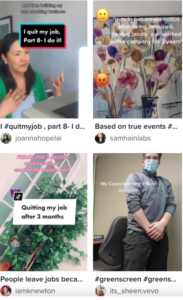 TikTokers are Quitting Their Toxic Jobs on the App

Last week, we told you about how young people have been flocking to TikTok to apply for jobs, but another trend taking over the platform features users quitting their toxic jobs. In the last year, more and more young workers have been quitting their jobs—part of a trend being called the Great Resignation, which is reportedly being fueled by Gen Z and Millennials. According to a survey from global staffing firm Robert Half, 33% of employed Gen Z and Millennial professionals plan to pursue—revealing that Gen Z mostly wants a change so they can earn a higher salary (40%), while Millennials say they’re struggling with low morale (33%). According to the Labor Department, four million people quit their jobs in April alone. The trend of documenting resignations on TikTok reportedly began at the end of last year when Shana Blackwell, who worked as a night stocker, showed herself quitting her job at Walmart by broadcasting it on the store’s intercom system, in a video that received more than 25 million views. According to Blackwell, she previously complained to Walmart about abusive behavior from their managers, but “nothing came of it,” so she finally quit—and documented the whole thing. Another user Marisa Mayes the moments leading up to her resigning from “fancy corporate sales job” via a phone call, in a video that received more than 2.7 million views. Since then, they’ve been seen on the platform more and more, especially in recent weeks. Currently, the hashtag #quitmyjob has 112 million views, and features different TikTokers sharing their own experiences of leaving their jobs as well as venting about the reasons they want to quit. Earlier this month, workers at a Burger King in Nebraska went viral for collectively quitting their job by putting a sign up in front of the restaurant, after complaining of having to work under intense heat, and other poor working conditions. 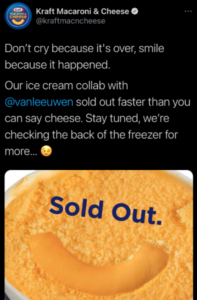 In honor of National Mac & Cheese Day, Kraft Heinz leaned into weird marketing, and teamed up with Brooklyn-based ice cream maker Van Leeuwen for a macaroni and cheese-flavored ice cream. Described by both companies as a “cool, creamy scoop of ice cream that brings that comforting, nostalgic feeling from a warm bowl of Kraft Macaroni & Cheese,” the limited-edition flavor dropped on Wednesday online and at Van Leeuwen locations in NYC for $12 a pint. That morning, Kraft announced on Twitter that their collaboration caused their servers to be overwhelmed and their site to crash. After a few hours, they announced that the cheesy frozen treat was already sold out, though they did launch a giveaway the following day to give 100 people a chance to win the remaining stock of their pints at MacIceCream.com. Sure, while the ice cream was in high demand, it also caused some divided reactions on the internet: some claimed that the flavor is “strange” to what “greets you at the gates of hell,” while others say it was “very good.” Some even compared it to the cheese ice cream in the Philippines, where the flavor is popular. Collaborating with ice cream brands and coming up with unique flavors has certainly proven to be successful: A few months ago, Dolly Parton collaborated with Jeni’s Splendid Ice Cream for a limited-edition Strawberry Pretzel Pie flavor, which crashed their site—and eventually sold out. 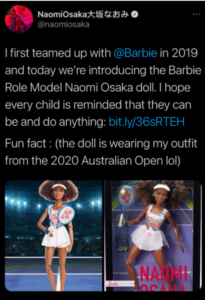 At the beginning of the week, Mattel launched a new Naomi Osaka Barbie doll as part of their Barbie Role Model series, and it sold out within a few hours of dropping. Osaka even tweeted a photo of the doll, which received 27.5K likes and more than 4K retweets, writing, “I hope every child is reminded that they can be and do anything.” She also added: “Fun fact : (the doll is wearing my outfit from the 2020 Australian Open lol).” The doll launched just a few days after Osaka penned an essay titled “It’s OK to not be OK,” and was featured on the cover of TIME magazine explaining why she chose to prioritize her mental health over playing tennis. Her decision to drop out of the French Open due to her mental health made headlines at the end of May, most of her fans, as well as celebrities, and brands like Nike, Sweetgreen, and Mastercard, were quick to show their support for her. Mattel debuting a new Barbie doll modeled after her just shows how more and more brands not only continue to support the young athlete, but are also prioritizing mental health. This isn’t the first time Mattel has made a Barbie inspired by Osaka. In 2019, she was featured as one of the 20 women which the toy brand launched a unique doll of, as part of their “Shero” line. 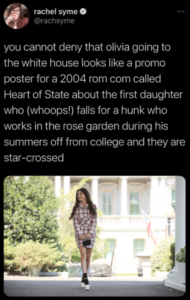 We told you how brands have been encouraging young people to get vaccinated, and the government is now enlisting a teen popstar to make COVID shots cool. At the beginning of the week, it was announced that Olivia Rodrigo was being recruited by Joe Biden and Dr. Anthony Fauci to be part of a video campaign to encourage young people to get the vaccine. Wednesday, Rodrigo visited the White House to briefly join press secretary Jen Psaki in the briefing room “to help spread the message about the importance of youth vaccination.” The White House also shared two separate videos on their official Instagram account featuring Rodrigo—both of which garnered thousands of views., and Rodrigo shared a photo on Twitter and Instagram posing with President Biden, which has received more than four million likes. Vice President Kamala Harris also shared a photo of herself with Rodrigo, with the caption “@oliviarodrigo and I agree, vaccines—they’re ‘good 4 u.’” generating millions of likes. Of course, the moment quickly became a meme on social media—and the other thing that people couldn’t stop talking about was Rodrigo’s Chanel tweed suit and six-inch white platform heels. Many compared her plaid-patterned attire to that of Clueless protagonist Cher Horowitz. New Yorker staff writer Rachel Syme tweeted that Rodrigo looked like she was the star of a 2000s romcom about the first daughter falling in love, and the comments are filled with followers who created fake posters of the hypothetical movie. Rodrigo’s star continues to climb, and Billboard reported that her debut album Sour has topped the Billboard 200 for the third week straight. 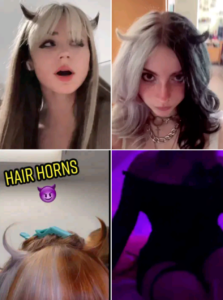 “Hair horns” are the newest hairstyle trend taking over TikTok—and the hashtag currently has 62.7 million views (and counting).

WandaVision, The Mandalorian, Bridgerton, Cobra Kai, and Bo Burnham’s Inside are among this year’s Emmy nominees as streaming services like Netflix and Disney+ dominate the categories.

Meanwhile, Pose’s Mj Rodriguez is the first trans person to be nominated for a major lead acting category in the Emmys.

WNBA’s Candace Parker is the first woman to be on the cover of NBA2K.

People have a lot of thoughts about McDonald’s UK’s new McSpicy burger.