From Scented Face Masks to Chicken Pillows, Brands Are Amping Up On Weird Marketing 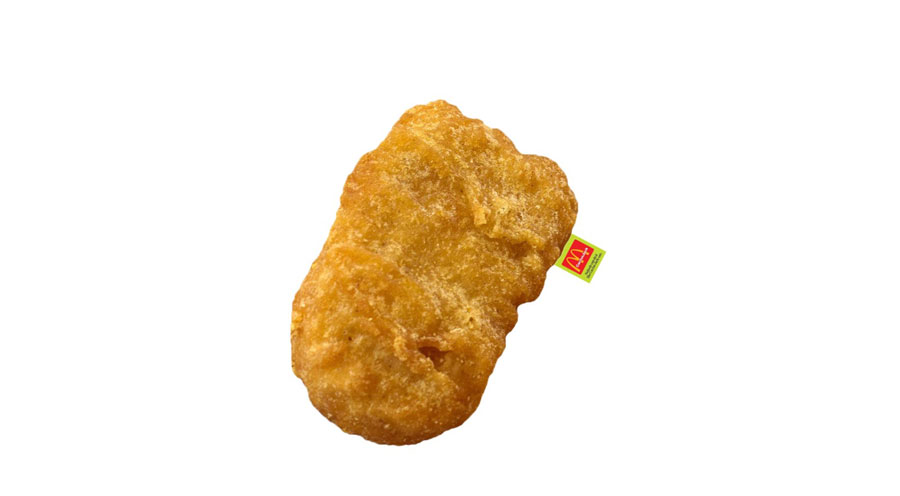 From scented products to giant chicken pillows, these are “weird” products brands launched this year…

Branded products are perhaps more popular than they’ve ever been. Food and bev brands having their own merch collections, has become a norm and it seems every brand these days is a lifestyle brand. But as the marketing tactic has gotten more popular, the products seem to get ever more outrageous. We’ve tracked bizarre marketing for some time and last year, holiday marketing got weirder than ever. Of course, the continued rise of Brandoms and the popularity of the “ugly” aesthetic in recent years has helped fueled this trend. But in 2020, during an unprecedented time, weird marketing and offbeat branded products seem to have taken over the entire year.

Not only are brands creating “weird” items during the holiday season, they’re doing so to celebrate everything from live sporting events to the launch of popular gaming systems—or even to keep young people safe during the ongoing outbreak. Here’s how six brands created outrageous products to reach young consumers this year, proving that there’s no limit to how weird brands can be right now: 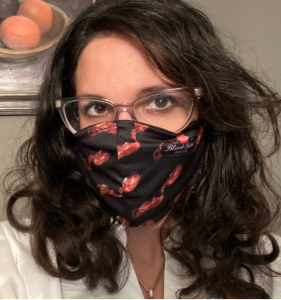 Face coverings are the new normal, and brands have been getting creative with mask marketing. Earlier this year, Burger King allowed customers to print orders on their masks so they could order without having to speak. Now branded masks are getting a little weirder…and smelly. At the end of October, Hormel Foods, known for their Black Label Bacon, announced they are launching “Breathable Bacon” face masks, which yes, actually smell like bacon. The brand gave away the bacon-scented face masks for free until the end of that month through breathablebacon.com. Previously, scented marketing is something that young consumers have proven to love: Last year, Taco Bell unveiled Crunchwrap Supreme-scented wrapping paper, and KFC is bringing back their popular fried chicken-scented fire logs this year, and they also released scented crocs that went viral in February. 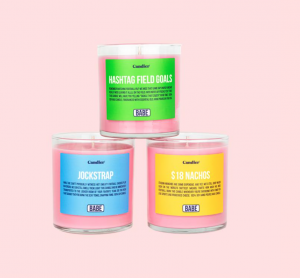 Following in the pattern of scented products, Babe Wine took a different approach in September by launching football-themed candles to celebrate the NFL kickoff and reach quarantined young sports fans. The alcohol brand teamed up with Ryan Porter’s Candier brand to introduce three “stadium-scented candles:” Hashtag Field Goals, which features a “hint of turf,” Jockstrap, which is inspired by players’ locker room scent, and $18 Nachos, which is “reminiscent” of overpriced nachos sold at concession stands during live sporting events. Each individual candle is priced for $29, while the bundle (which is already sold out on the brand’s site) is $69. BABE told YPulse that young consumers have “always loved” their merch, which they develop directly with them in mind with the designs coming from conversations from their Instagram followers. For the wine brand, merch is “a way to hook people up with items they want, and for [the brand] to get the data that makes them smarter.” In general, candles have become increasingly popular during the pandemic: They “infiltrated” the beauty aisle, and according to NPD Group, candles saw a sales increase of 13% this year compared to the same time last year. Even popular influencers like Jackie Aina launched her FORVR Mood lifestyle brand to be focused solely on candles.

In September, when Travis Scott teamed up with McDonald’s for a menu collaboration, it led to a shortage in Quarter Pounder burgers around the country. But along with the partnership, the rapper’s record label Cactus Jack worked with the fast food chain to drop merch that included t-shirts, hoodies, shorts, sweatpants, lunchboxes, cereal boxes, cardboard cutouts of a Scott action figure, and house slippers with fry laces—all of which sold out. One of the most talked about items? A $90, 3-foot-long nugget pillow, which also quickly sold out. It has been spotted on sites like eBay reselling for hundreds and thousands of dollars. McDonald’s is no stranger to weird marketing: At the beginning of this year, they also launched their own scented candles which smelled of Quarter Pounder burgers, while they collaborated with reggaeton singer J Balvin on limited-edition Big Mac shoes. Meanwhile, Arby’s unveiled a Deep Fried Turkey Pillow ahead of Thanksgiving which customers can slip over over their heads for “the best turkey sleep of [their] life.” It cradles the head and covers the eyes and ears to help drown out nearby noises, while the “plump turkey thighs” on each side add “additional padding and maybe some additional neck support.” The product, which can be found on arbysdeepfriedturkey.com, is already sold out—but interested parties can enter for a chance to win a free one. 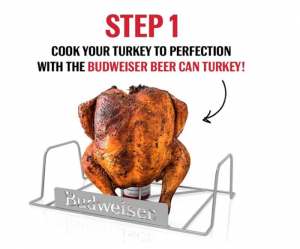 Alcohol brands have reinvented their marketing to reach young drinkers in unique and interesting ways, and Budweiser is the latest to do so with their latest merch drop. Ahead of Thanksgiving, the beer brand launched two themed products to get their fans into the holiday spirit: A Bud can turkey stand and a lockable “King of Leftovers” box specifically for leftovers. YPulse’s Thanksgiving and Winter Holiday Plans research found that 75% plan to cook this holiday season, and the stand comes with detailed cooking instructions to allow consumers a slick, new way to cook a bird. The basic idea is similar to a classic beer can chicken recipe, which requires “stuffing the bird with a partially full beer can and putting it on the grill.” For a turkey, consumers “simply level up” to a 25-ounce can of Budweiser and stick the whole thing inside the grill. The latter product is more self-explanatory: Bud fans will be able to store and lock away (it comes with a combination lock) their favorite leftovers in a Budweiser branded Tupperware. 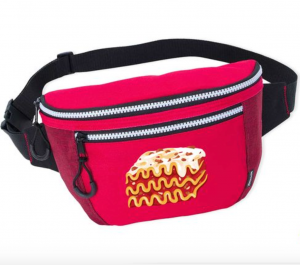 Budweiser isn’t the only food and bev brand that made a product where customers can pack their meals. This week, Stouffer’s dropped a merch line that includes t-shirts and mugs featuring phrases like “Don’t Talk To Me Until I’ve Had My Mac & Cheese” and “Mac & Cheese Is Self-Care,” a blanket that says “Let’s Canoodle,” and a lasagna-inspired sweatshirt that says “Layer Up” as well as a t-shirt donning the phrase “Live. Laugh. Love. Lasagna.” The collection also includes some notably weird items like a mac & cheese printed sweatsuit, lasagna printed onesie, and mac & cheese printed sleeping bag. But perhaps their most-talked about item is their $25 insulated “one-of-a-kind fanny pack,” which is sized to fit lasagna so wearers can keep their pasta dish warm on-the-go. And so passersby don’t confuse the purpose of the fanny pack, the lasagna design is right on the front of it. 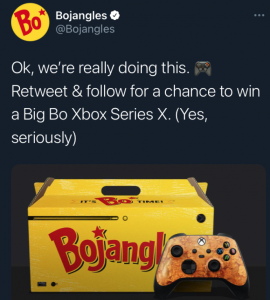 Last week, the anticipated Xbox Series X and smaller, digital only Xbox Series S made their debut in the U.S. And because gaming has been a hit during quarantines, chicken and biscuits chain Bojangles decided to get in on it. The brand announced on their Twitter account that they created the Bo Box, an Xbox Series X with a custom skin that looks like one of their popular meal boxes (and no, it’s not a joke as they clarified in the tweet, which received 48.3K retweets). The chain said they would be giving the controller away to one of their followers who retweets the tweet. However, the gaming console isn’t the only weird product Bojangles has given away: They also recently gave away a branded caddy to help young sports fans tailgate at home.