The Internet Can’t Stop Roasting “McPlant” on The Viral List 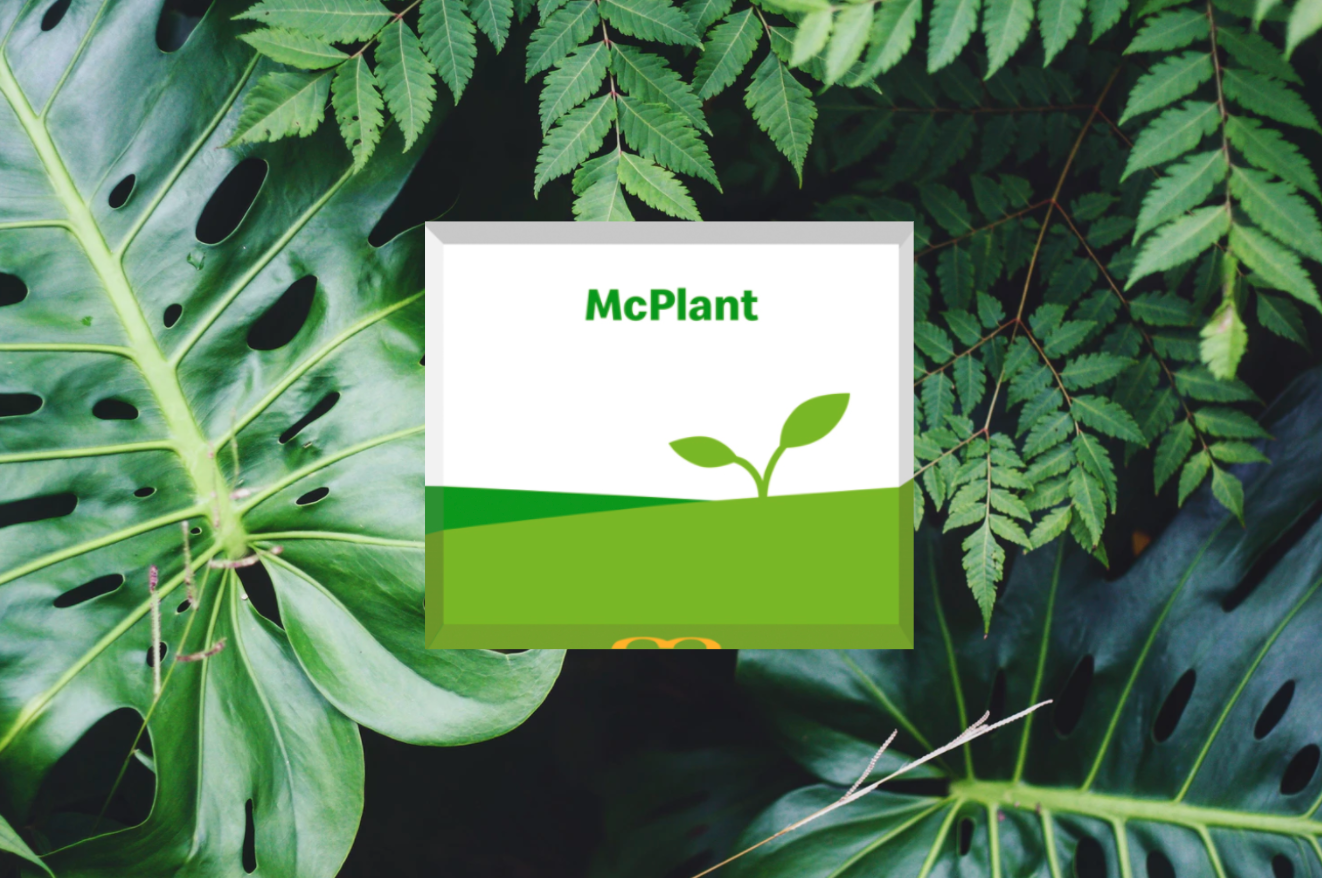 People are poking fun at the name of McDonald’s new plant-based line, Arby’s deep fried turkey pillow is selling out, these Miley Cyrus and *NSYNC songs are back on the charts following the election results, Lil Nas X is pumping up fans for the holidays—and more stories and youth news you shouldn’t miss this week… 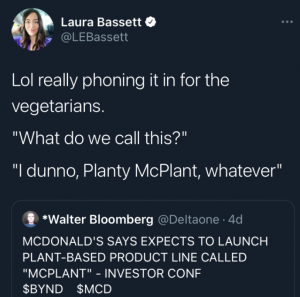 The Internet Has A Lot of Thoughts About McDonald’s “McPlant”
It’s been a big year for McDonald’s. In September, they went viral after selling out of their Travis Scott combo meals, which gave their business a boost during the pandemic. This week, they finally jumped on the plant-based trend, which young consumers have been accelerating during COVID, following in the footsteps of fast food competitors like Burger King and Chipotle. The chain is launching their very own plant-based meat alternatives in 2021, which include burgers, chicken substitutes, and breakfast sandwiches—and they’re calling it “McPlant”. However, people have a lot of thoughts about the name, and it’s being “mocked” by many. One user on Twitter referred to it as the “laziest name for a McDonald’s plant based product,” and some TikTok users have started using the hashtag #mcplant (which has 33.1K views) to share their thoughts on the name. Mashable asked their Twitter followers if they “could think of a better name than McPlant” and the suggestions ranged from “Big UnMac” to “McNotaBurger” to “McVeg” and “McVegan.” But regardless of the thoughts surrounding the name, if Burger King’s success with the Impossible Whopper is any indication, McPlant will likely be successful. Plant-based experts are already projecting fake meat in the fast food industry to have an “explosive year.” 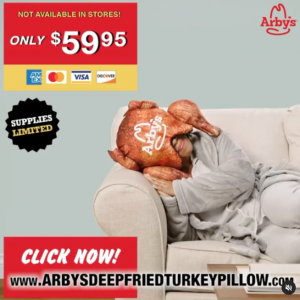 Continuing the spirit of weird holiday marketing, Arby’s debuted a very real Deep Fried Turkey Pillow earlier this week ahead of Thanksgiving. The ad, which was initially supposed to air on SNL, was shared across Arby’s social channels from Instagram to Twitter which received thousands of views on each. The food chain designed the pillow to allow customers to slip it over their heads for “the best turkey sleep of [their] life.” It cradles the head and covers the eyes and ears to help drown out nearby noises, while the “plump turkey thighs” on each side add “additional padding and maybe some additional neck support.” The product, which can be found on arbysdeepfriedturkey.com, is already sold out—but interested parties can enter for a chance to win a free one. So far, the reactions on social media range from “this is the dumbest thing I ever saw” to “This is somehow the most perfect thing I’ve ever seen?” During the pandemic, brands have been launching more weird products to catch young consumers’ attention: For Halloween, Dunkin’ released a ghost pepper donut, while Hormel Foods gave away bacon-scented face masks. 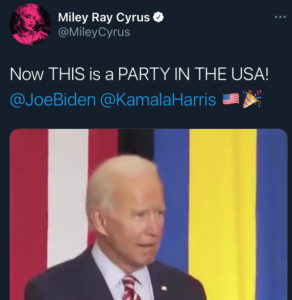 “Party in the U.S.A,” and “Bye, Bye, Bye,” Are Back on the Charts Following the Election

After the results for the presidential race were officially called on Saturday declaring Joe Biden and Kamala Harris the winners, many young people celebrated by dancing in the streets—and playing 2000s hit songs like Miley Cyrus’ “Party in the U.S.A” and *NSYNC’s “Bye, Bye, Bye.” These songs have been called “unofficial anthems of the election”—and made their way back into the music charts. Within two hours of the race being called, Chart Data tweeted that “Party in the U.S.A” had “re-entered the top 200 on US iTunes.” Following the news, Cyrus herself referenced the song in a tweet that featured a fan-made video (which received 1.8 million views) with the caption: “Now THIS is a PARTY IN THE USA! @JoeBiden @KamalaHarris.” Cyrus’ Twitter account was full of retweets from followers and fans playing the song at outdoor celebrations, and fellow Disney alum Selena Gomez was also spotted on Instagram blasting the track. Rapper YG’s song “FDT” (a.k.a. “F**k Donald Trump”) featuring the late Nipsey Hussle also started to see a “steady increase” ahead of the election before hitting a peak on Saturday. By then, it was the seventh most popular song by streams, with 2.3 million on-demand audio and video streams—a 489% increase from the day before, according to Alpha Data. It was also the Number One song by sales, with nearly 3,200, an increase of 785% from Friday.  YG shared a fan-made video on his Instagram account on Saturday with his rap song edited into it—and also received more than 1.5 million views. 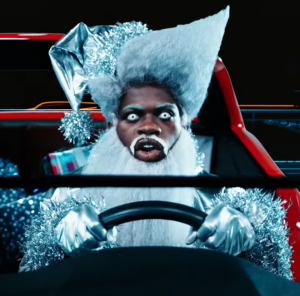 Ever since Lil Nas X went viral for “Old Town Road” early last year, the fame has been nonstop for the young musician. He’s dropped two other singles, and has been a favorite among Gen Z. Now, he’s back with “Holiday” just in time for, well, the holidays. In his new music video, the singer is dressed up as a “futuristic Santa Claus” and is seen “flying” in a red Dodge Challenger in place of a traditional sleigh being pulled by robotic reindeer. So far, the video has earned more than 2.1 million views in just 16 hours, and is the number three trending video on YouTube. But that isn’t the only thing Lil Nas X has up his sleeves for the holidays: The week before Thanksgiving, he’s teamed up with Roblox for an “elaborate virtual concert” as the first major artist to perform on the gaming platform. Following in the footsteps of Fortnite’s successful concert with Travis Scott, Lil Nas X’s concert will feature a “motion-captured avatar” of the musician as he performs “Old Town Road” in a set full of virtual “wooden saloons and spinning dust devils,” before transforming into a “darker, almost vampiric stage” for “Rodeo,” and morphing into a “futuristic city” for “Panini.” While the move shows how serious Roblox is about becoming a social and entertainment venue beyond just being a kids gaming platform, it also shows how Lil Nas X wants to bring some entertainment into his fans’ lives during the holiday season in the midst of the pandemic. YPulse’s Thanksgiving and Winter Holidays report found that 58% of 13-39-year-olds agree: “Holiday movies and music can’t come early enough this year,” and we told you how young consumers have been celebrating the holidays earlier this year due to COVID. Brands and celebrities bringing themed and special content could help give them a memorable holiday season. 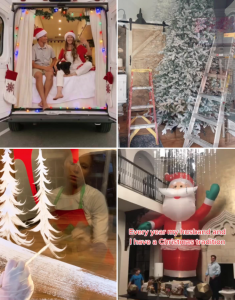 TikTokers are using #holidaycountdown to show how excited they are about the winter holidays—and it has 3.9 billion views.

After a fake meme circulated, Microsoft had to warn players to “ not blow vape smoke into your Xbox Series X.”

The latest meme on Twitter has users identifying “things that feel racist, but technically aren’t.”

Thanks to Ariana Grande’s “Positions” music video, this 1960s makeup trend is taking over TikTok.

Billie Eilish just dropped a new music video and song “Therefore I Am,” that calls out her critics and haters—this comes a few days after her other hit song “Bad Guy” hit a billion views on YouTube.

The “Kornacki Kraze” from election week has led to a surge in khaki pants sales for Gap.

Netflix’s Emily in Paris is getting renewed for a season 2—and viewers have mixed feelings about it.

Meanwhile, the streaming service’s chess miniseries The Queen’s Gambit has “fended off” all other content for the last two weeks in the top 10 most-watched list.