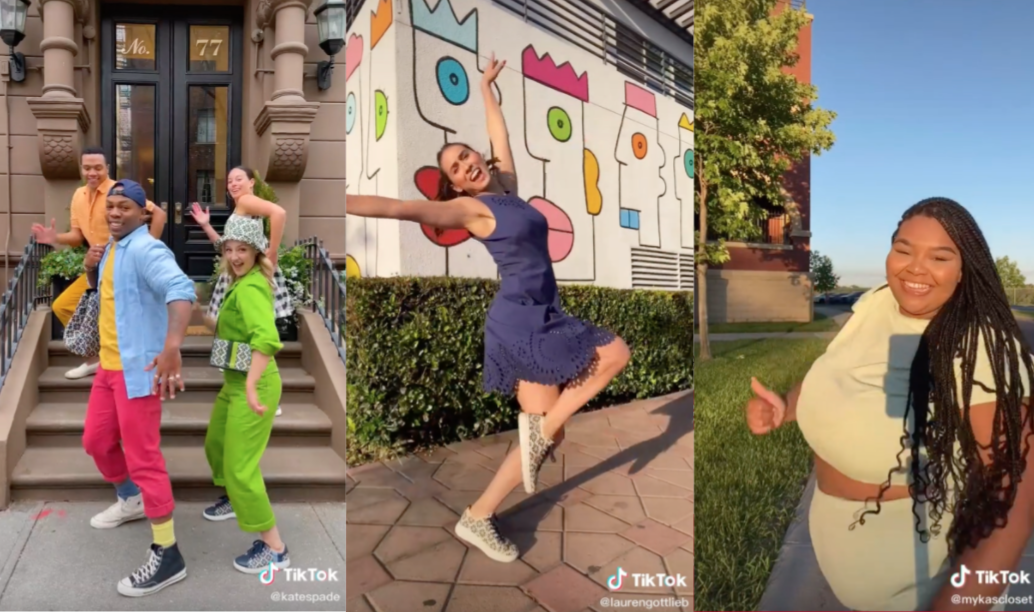 Billions are participating in Kate Spade’s new dance challenge on TikTok, fans, brands, and athletes are praising Naomi Osaka for her decision to drop out of the French Open to prioritize her mental health, a TikToker is accusing Converse of stealing and using her designs, and audiences are excited for Nickelodeon’s upcoming reboots—plus other youth news taking over the web this week! 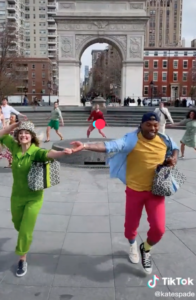 With nearly three million followers on Instagram and just over 3K followers on TikTok, Kate Spade New York hasn’t utilized the latter social platform as a marketing tool as much—but their biggest foray onto the app has been a major success. As part of the luxury brand’s revamped marketing strategy, they opted not only for a more uplifting and positive tone for their new summer campaign, but an influencer-led one. With the help of Kelli Erdmann, who has 1.9 million followers, and Todrick Hall, who has 1.1 million followers on TikTok, they shared a video (which currently has 71K views) on their official account earlier this week of the two dancing around the streets of NYC to the tune of “Get Happy,” using the hashtag #KateSpadeNYHappyDance. Within 24 hours of launching, the hashtag received 950 million views, and it currently has a whopping 3 billion views—and features other users dancing along to the track either outside or in their homes. Until now, luxury fashion brands  like Coach, Gucci, and of course Kate Spade, have relied on organic posts from fans and users to generate hype for their business to go viral—and so far, it’s worked. Netflix’s Emily in Paris led to a surge in sales for their pink teddy Nicola bag, while a heart-shaped purse started selling out after a user on TikTok raved about it. The quick success from Kate Spade’s branded challenge just reinforces how much marketing power TikTok can hold for brands—even when they’re new to the app. 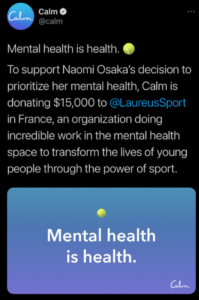 Brands Support Naomi Osaka After Dropping Out of the French Open Due to Mental Health
Last week, young tennis star Naomi Osaka announced that she was not participating in any press conferences during the French Open to prioritize her mental health. Then, after being fined $15K over the weekend for not talking to the media after her “straight-set victory,” the 23-year-old announced that she was withdrawing from the tournament altogether. In a tweet that received 406.8K likes and 58.8K retweets, Osaka wrote that she will be taking time away from the court and was pulling out so that “everyone can get back to focusing on the tennis going on in Paris.” The star athlete added that she “suffered long bouts of depression” since the U.S. Open in 2018, and has had a difficult time coping. While her decision generated a few mixed reactions, most of her fans, mental health professionals, as well as celebrities and fellow athletes like Serena Williams, Megan Rapinoe, and Michael Phelps have praised and supported Osaka for prioritizing her well-being. Some brands have also taken the opportunity to speak up in support of her as well. Nike, who signed a sponsorship deal with the tennis player in 2019, told CNN that they “recognize her courage in sharing her own mental health experience.” Sweetgreen and MasterCard, who also have sponsorship deals with Osaka, backed her decision as well. Meanwhile, meditation app Calm took their support a step further and tweeted that they will be donating $15K on Osaka’s behalf to an international nonprofit organization focused on mental health in sports. They also offered to pay the fine for players who opt out of media appearances for the 2021 Grand Slam. YPulse’s State of Mind trend report found that 78% of 13-39-year-olds would appreciate mental health support from brands, while 73% believe brands have a responsibility to help end the mental health stigma—and by supporting a young athlete like Osaka, they’re showing young consumers how serious they are about prioritizing their mental health. 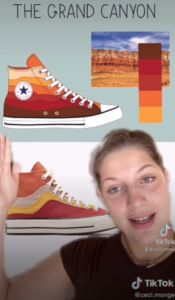 A Former Intern Applicant Called Converse Out on TikTok for Allegedly Stealing Her Designs
Over the weekend, designer Cecilia Monge (a.k.a @ceci.monge) shared a video on TikTok, which received 2.2 million views, accusing Converse of allegedly stealing designs for their Chuck 70 National Parks shoes from her 2019 internship application pitch. In the video, she shares her original pitch deck with her designs and color schemes, along with an image of Converse’s current shoe—which bears a striking resemblance to her work. She ends the video by saying “I don’t think it’s a coincidence, and I think it’s unfortunate when large companies “borrow” from smaller designers.” In a statement to Insider, representatives for the shoe brand confirmed that Monge did apply for the internship two years ago though she “was not hired or screened for any of the roles,” and added that the application did not include a request for portfolios or samples. In a follow-up video in response to Converse, Monge claimed that while the shoe brand emailed with a statement, they haven’t apologized or compensated her in any way. She also encouraged designers to use the hashtag #designersspeakup, which currently has 502.8K views. While this isn’t the first time small designers have accused large corporations for stealing their designs, YouTube and YPulse recently explored in our What’s Working webinar series how important it is for brands to credit creators and artists for their creations and designs, where credit is due. 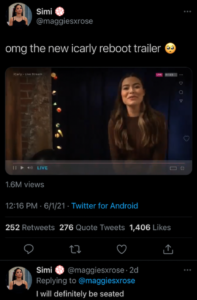 From iCarly to Teenage Mutant Ninja Turtles, Fans are Excited for Nickelodeon Reboots
The reboots, revivals, and reunions just keep on coming—and one of the latest one fans are hyped about  is Paramount+’s iCarly. While the original series ran from 2007 to 2012 on Nickelodeon, the reboot’s updated storyline features the return of Miranda Cosgrove as the OG influencer Carly Shay, now 26-years-old, who decides to restart her once-popular web series with the help of her brother and best friend Freddie. So far, the trailer has two million views on YouTube. Across social media, users on Twitter can hardly contain their excitement, while the hashtags #icarlyreboot and #icarly have 122.1 million views and 2.8 billion views on TikTok, respectively. But that isn’t the only reboot Nickelodeon has up its sleeve: Actor and weed entrepreneur Seth Rogen announced that he is producing the movie reboot of Teenage Mutant Ninja Turtles, which is expected to come out in 2023. In a tweet that currently has 15.4K likes and 1.7K retweets, he shared the release date as well as a “sketch” from young Leonardo’s science notebook that references his other tortoise pals. Last month, the much-anticipated Rugrats reboot also premiered on Paramount+. However, they aren’t the only network gearing up for anticipated reboots. Just last week, HBO Max debuted the first trailer for their upcoming Gossip Girl reboot—complete with Kristen Bell’s iconic narration from the original series. With all the early excitement and reactions surrounding the previews for upcoming reboots, it’s only a sure sign that fans want them to keep on coming, especially as it hits their nostalgia sweet spot. 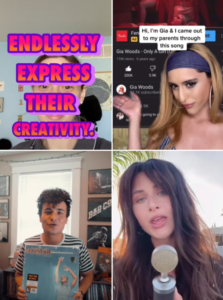 To kick off Pride Month, users on TikTok are sharing their favorite #prideanthems to celebrate.

A Paste Keyboard app has been at the top of the App Store’s most downloaded free apps since last spring.

Billie Eilish just dropped the music video for the latest single off her upcoming album—and it features all her best friends.

Harry Styles might be launching his own makeup and perfume line.

Never Have I Ever star Maitreyi Ramakrishnan has been cast to lead another Netflix project—this time as Lizzie Bennett in romcom The Netherfield Girls. 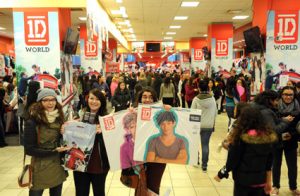