The Netflix Effect: How The Streamer’s Shows Create Viral Products

Netflix is becoming a force behind some surprising product sales. Here’s how the streamer has made products, shows, and more go viral…

Netflix dominates young consumers’ viewing. YPulse’s recent media consumption report found that 73% of 13-39-year-olds watch Netflix on a weekly basis, making it their top source of entertainment, ranking ahead of YouTube, Hulu, Disney+, and yes, far ahead of cable. YPulse surveys also show that Netflix is young viewers’ favorite video streaming service, and shows like Stranger Things and 13 Reasons Why are on the top of their list of most binge-worthy series. And the shows that they’re watching on the platform are having an influence on their real-world behavior.

In the last few years, Netflix shows have become cultural trendsetters. According to Pulsar’s examination of Twitter and Google Search data, Netflix shows have been shaping “mainstream culture.” If a show becomes popular on the platform, it creates a “surge in conversations around the topics the show is covering.” For instance, shows like sports docuseries The Last Dance increased people’s interest in basketball legend Michael Jordan, while the much talked about true crime docuseries Tiger King brought more attention to big cats. But it’s not just chatter that the streamer’s shows create. Perhaps even more significantly for brands, they have also been impacting viewers’ behavior—and purchases. Following the success of Cobra Kai, local dojos across the country reported an increase in enrollment. That’s just one instance of the Netflix Effect, a growing phenomena showing the influence that the shows on the platform can have on culture and young consumers. Here are five more things that have gone viral, and gotten sales boosts, thanks to Netflix shows: 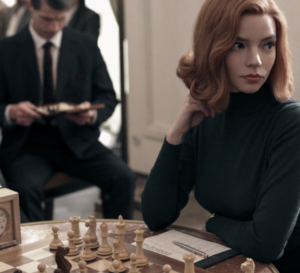 Chess Sets
When chess drama miniseries The Queen’s Gambit premiered on Netflix at the end of October, it instantly became a hit and spent several weeks in the streamer’s top 10 list—and is their “most-watched scripted limited series to date.” The interest in the show led to an interest in the game shaping its drama. The show is being credited with the massive increase in chess interest in recent months. According to the NPD Group, unit sales of chess sets jumped 87% in the U.S. and chess book sales rose an “eye-popping” 603% in the three weeks after the miniseries premiered at the end of October. Goliath Games reported that sales for their chess sets were up 178% in October compared to the same time last year—then in November, sales spiked 1,048%. eBay also reported a 215% increase in chess set and accessory sales after the premiere. Meanwhile, NPD BookScan cited higher sales for specific print book titles like Bobby Fischer Teaches Chess by Bobby Fischer, Chess Fundamentals by Jose Capablanca, Chess for Kids by Michael Basman, and The Complete Book of Chess Strategy: Grandmaster Techniques from A to Z by Jeremy Silman. While chess has always been “alluring,” experts and real-life grandmasters believe the series has made it “seem accessible” and will continue to boost the game’s global appeal. At the start of lockdowns, we told you how young consumers were fueling the board game industry so it shouldn’t come as a surprise that they quickly flocked to play chess after Anya-Taylor Joy made it look cool on Netflix. 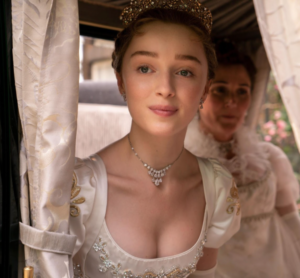 The Queen’s Gambit isn’t the only period drama that turned heads, and boosted some surprising product sales, thanks to Netflix. Recently, they announced that the period romance Bridgerton is their “biggest series ever.” And the Bridgerton craze just isn’t going away—viewers love it so much they’ve been getting into the fashion and music. Since the premiere, corset brands have been seeing a surge in business: According to Orchard Corsets, traffic to their site grew by 71%, while Corset Story saw a 20% increase in site traffic last month. Etsy saw a 91% increase in searches for “corsets” in the last three months as well as a similar lift in searches for old-fashioned and Regency-inspired lifestyle items like tea sets, which went up by 110%, and lace gloves which surged 744%. Meanwhile, the show’s music has gotten popular too: Vitamin String Quartet, the band behind the classical covers of Ariana Grande and Billie Eilish songs on the show, has seen a 350% increase in listeners streaming their music since the series premiered. 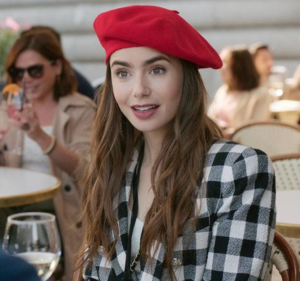 But more modern fashion trends have also been given a boost by Netflix.  By now, you probably know the Lily Collins-led Emily in Paris has gone viral for, well, many reasons (both good and bad.) While social media has debated the protagonist’s sense of style, viewers can’t get enough of the clothing and accessories, whether they love them or hate them. According to Lyst, searches for many of Emily Cooper’s “most daring sartorial choices” were skyrocketing after the show’s premiere. Searches for bucket hats increased by 342% since the beginning of the show’s premiere in October, and the terms “beret hats” and “berets” collectively rose 41% compared to the week before it began to air. Handbags experienced a similar Emily-related spike in searches: The light pink Aldo Handful bag, silk top featuring the Eiffel Tower, and snakeskin mini skirt seen in the pilot episode allegedly sold out before it aired—and searches for other Aldo-branded handbags experienced a 64% increase on Lyst. In a later episode in the season, Emily is seen with a hot pink Marc Jacobs’ Jelly Snapshot Camera Bag which skyrocketed 92% in searches on Lyst. The same thing happened to the pink teddy Kate Spade Nicola bag, which sold out and caused a 34% rise in online demand for the brand. 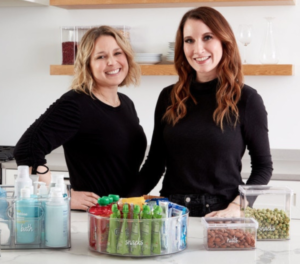 Thanks to Netflix’s Get Organized with The Home Edit, customers flocked to The Container Store. The unscripted series, which premiered at the end of August, follows two professional organizers who declutter celebrities’ and fans’ homes, and The Container Store experienced a surge in business in the wake of its release. There’s a reason: The duo uses products from the store as their “ideal solutions” to organizing their clients’ spaces. In the following weeks, viewers and customers reported “unusually long lines” outside retail locations across the country. And the company’s stock price nearly doubled from $3.73 to $6.58. But this isn’t the first time a home improvement reality show on the streamer caused a lifestyle change in young consumers’ lives: In 2019, Tidying Up with Marie Kondo inspired a wave of “minimalist Millennials” who were looking to gut their closets. Following the premiere, thrift stores across the U.S. reported “record hauls” as patrons got rid of items that no longer “spark joy” in their lives. According to one thrift store chain, they specifically credited Marie Kondo to their rise in donations. Resale app Poshmark felt the “Marie Kondo effect” and climbed to the top of the App store charts to the number two spot. 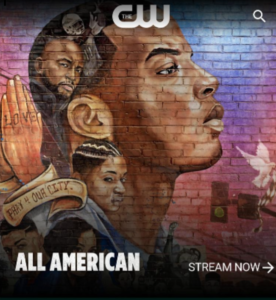 It isn’t just products that Netflix is making go viral, but other networks’ TV shows. Recently, the CW surprisingly reached the top of the free apps on the App Store, surpassing YouTube, TikTok, Instagram, and more. But the network claims that this is the “third year in a row” this has happened during a premiere week. Most of the CW’s series end up on Netflix after the finales, and once subscribers catch up on all the episodes, they’re motivated to download the CW’s app to catch the new episodes when they begin airing. According to SensorTower, the app saw approximately 36K installs in the U.S. App Store and Google Play on Monday— “seven times as high” as the week before. Riverdale, All American, and Batwoman are among the shows audiences are watching. Meanwhile, CW isn’t the only network whose shows have seen a boost because of the streamer. The CW wasn’t the only network to experience a surge in popularity after a show was aired on Netflix: Nickelodeon’s Avatar: The Last Airbender (and anime in general) consistently stayed on Netflix’s the top 10 list, and became the most-watched kids show last year, Cobra Kai has become a trending show on Netflix after starting on YouTube Red, and You has become a major hit for the streamer after it was first cancelled on Lifetime.