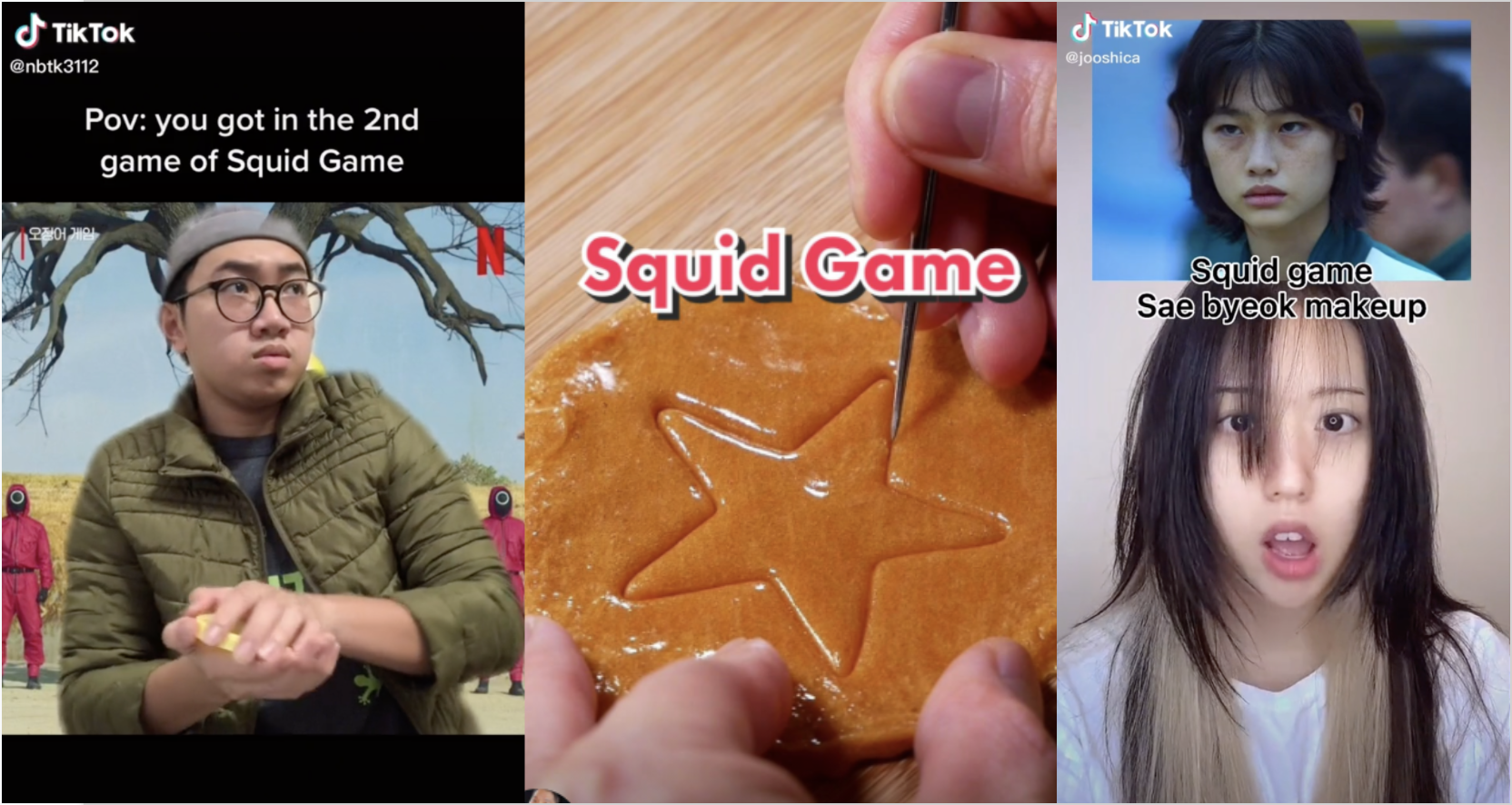 Fans of Netflix’s Squid Game are making the show a major hit on social media, the argument about the “right way” to eat a Kit Kat is going viral on TikTok, young activists are reviving the #FridaysforFuture movement, the #MyStory TikTok trend is reviving a 2007 Mika hit—plus more internet buzz on this week’s Viral List! 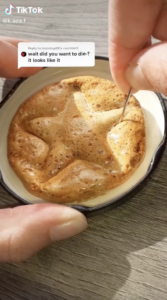 Squid Game is a Netflix original South Korean drama where characters compete in a series of deadly children’s games (like red light, green light) for a grand money prize. The show became the No. 1 most popular TV show on the platform this week since premiering September 17, and Netflix co-CEO Ted Sarandos says Squid Game might be its “biggest show ever,” so it was only a matter of time before TikTokers started talking about the show in their own entertaining fashion. #SquidGame currently has 17B views on TikTok, and users are making memes about the show by reenacting how they would act as game contestants. A bulk of the memes stem from the “red light, green light” game from the first episode of Squid Game, where contestants attempt to make it past a giant animatronic girl before she triggers a gun and shoots them. TikToker @yovincaprafika created a sound set to the animatronic girl’s voice saying, “mugunghwa kochi pieotsumnida,” that has been used in more than 200,000 videos as people reenact the game. Another popular meme reenacts the second game from the show where contestants attempt to cut a shape out of dalgona candy (a.k.a. honeycomb toffee, a popular South Korean street food). Fans of the show are also talking about Squid Game’s “extremely good-looking” cast, while trying to recreate some of the characters’ hair and beauty looks like faux freckles, curtain bangs, and a wolf cut. Squid Game makeup tutorials are also taking over, and HoYeon Jung’s character (Sae Byeok in Squid Game) is one of the most popular characters going viral under the tag for her hair and makeup looks while tutorials for Jiyeong and even the animatronic girl are being shared just in time for Halloween. YPulse’s Borderless Culture trend report explores young consumers’ interest in content from other countries, and Squid Game is yet another example of a global trend they can’t stop talking about. 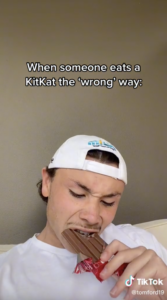 Eating a Kit Kat is anything but simple science. While most will argue that the correct way to eat a Kit Kat is by breaking the four individual chocolate wafers packaged inside, others prefer to watch the world burn by biting into all four wafers at once. Luckily, Kit Kat Australia and New Zealand is finally addressing the issue with the “Have a Bite” TikTok campaign, inspired by the brand’s “Have a Break Have a Kit Kat” slogan. Within the first 48 hours of launching, the campaign reached 4.3 million views across TikTok and Instagram, with #rulebreak amassing 16 million views. Popular Australian influencers like Millie Ford (@milligram96), Tom Ford (@tomford19), and The Rybka Twins (@rybkatwinsofficial) were enlisted for the campaign, each putting their own spin on how to properly indulge a Kit Kat. This past June, Kit Kat Australia and New Zealand released an ad starring Michael Caton that sparked a viral controversy after producers for the ad noticed how Caton was eating the Kit Kat (hint: he didn’t break off the individual wafers) once the cameras stopped rolling. Fans rushed to social media, sharing their (disgusted) reactions over Caton’s Kit Kat-eating method, eventually becoming the inspiration for the brand’s current “Have a Bite” TikTok campaign. Creative directors for the campaign tell Adweek, “Rather than trying to engineer a discussion from scratch, use social to shoehorn a brand message or kickstart the next branded dance craze, we just fed into the existing debate.” Creating ads that speak to the trends/conversations that young consumers are already engaging in on social media is a top way to reach them according to YPulse’s social and mobile marketing preferences research, and 71% of young social media users say they don’t mind seeing ads as long as they’re entertaining. 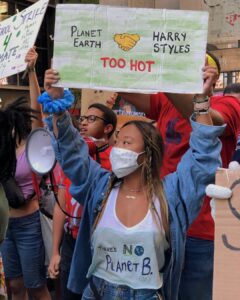 YPulse told you that climate change is one of the biggest problems Gen Z and Millennials are facing today, and after hitting pause on in-person protests last year because of the pandemic, young strikers are bringing back the #FridaysforFuture movement—a regular global call for governments and societies to make necessary change. Greta Thunberg (an 18-year-old climate activist from Sweden) started the movement in 2018 after launching a strike outside the Swedish parliament, demanding government action on the climate crisis. A reported 1,400 rallies across 80 countries participated in the Fridays for Future event that kicked off September 24, including cities in the U.S., Germany, the U.K., Italy, India, Japan, Africa, Pakistan, New Zealand, and the Philippines. Additionally, protests in 420 locations across Germany were held as Thunberg attended a rally in Berlin with German climate activist Luisa Neubauer and others ahead of Germany’s election where they would determine a new federal parliament to succeed Chancellor Angela Merkel. Young activists are also protesting on social media via #UprootTheSystem, angling the climate change conversation around intersectionality in regard to colonialism, discrimination, sexism, and climate injustice. The next in-person #FridaysforFuture strike is planned for October 22 where activists will continue demanding leaders to create concrete plans for addressing the climate crisis. K-pop band BTS has also been speaking out on climate change, and with YPulse’s sustainability research showing that 85% of 13-39-year-olds worry about climate change, their call to action isn’t stopping anytime soon. 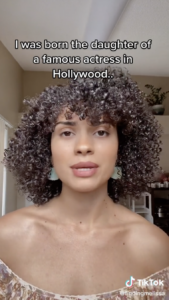 Set to Mika’s 2007 hit “Grace Kelly,” the #MyStory trend (also called the Grace Kelly trend) has gone viral on TikTok as young people share stories about how they obtained their dream job, fell in love, and in some cases, how they escaped traumatic (and sometimes funny) childhood moments. The trend starts with users lip syncing the chorus of “Grace Kelly” by Mika—“I can be brown, I can be blue, I can be violet sky…”—while they tell their story via text splashed across the clip. Their stories progress as the song’s rhythm picks up, leaving viewers locked in to learning how it all ends as the song progresses. #MyStory currently has 2.5B views on TikTok, and some of the most viewed clips are from young users sharing strange childhood memories, unique family backgrounds, love stories, and other celebratory life moments. Others are putting their pets at the center of the story while sharing their near death experiences. The trend first kicked off as an ode to Mika’s 2007 hit as TikTokers attempted to sing (and duet) the catchy track—Ryan Reynolds and Will Ferrell put their own spin on the trend to promote their upcoming Christmas musical together. And while Mika’s “Grace Kelly” track may seem like a random song to revive, TikTokers are also bringing back another 2007 hit from Starburst’s “Bus Station” commercial featuring the Little Lad and his catchy #BerriesandCream melody. 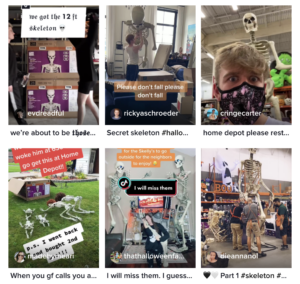 TikToker @emilymariko is going viral for a food hack where she microwaves cooked rice with an ice cube on top—the video has garnered more than 34.4M views.

Eminem served customers at his new Mom’s Spaghetti restaurant in Detroit this week.

Netflix dropped a chilling first-look of Stranger Things season four at its “Tudum” event on Saturday.

Lil Nas X paid homage to Dolly Parton with a “Jolene” cover—Dolly Parton responded in a Twitter post explaining how “surprised,” “honored,” and “flattered” she was.

#VictoriaParisBlockedMe is trending on TikTok (3.9M views) as users share how influencer Victoria Paris is blocking them on the app.

A science professor known as Chemical Kim (a.k.a. the Bill Nye of TikTok) is gaining thousands of young TikTok followers for videos making “boring” science fun.