Who Do Gen Z & Millennials Think Define Their Generations? 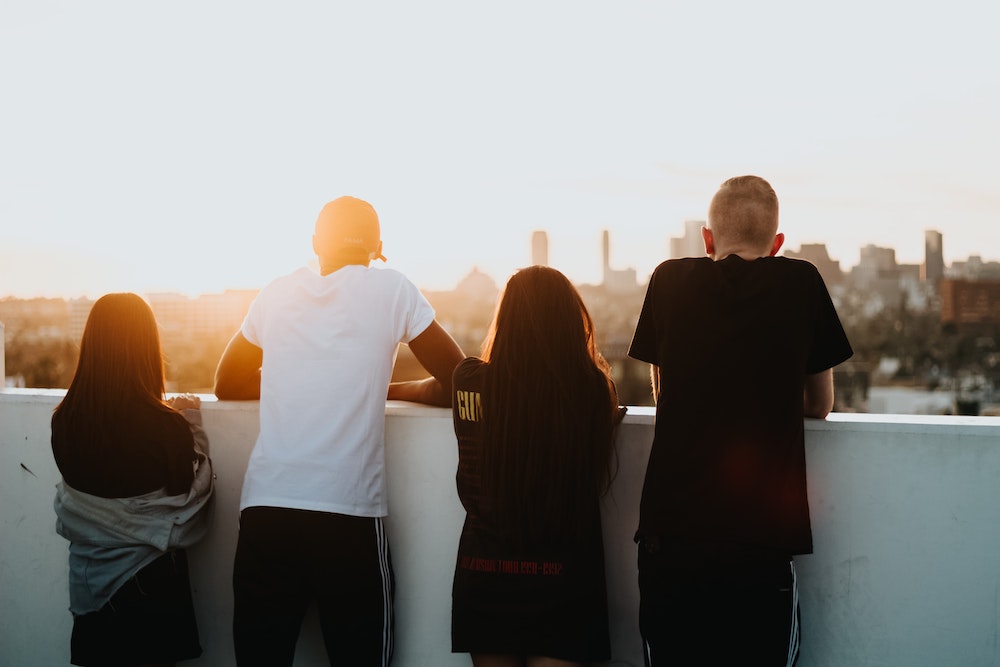 In 2017, we asked Millennials to tell us who defines their generation. But we don’t have to tell you that since then, a lot has changed. In this historic year alone, Gen Z and Millennials have been weathering a pandemic (and the economic fallout) and standing up for what they believe in via mass protests and activist movements. Their paths, and many of their beliefs, are being reshaped as we speak. So, we decided to revisit the question, asking them in a time of momentous change to tell us “If you had to pick one person who defines your generation, who would it be?”

But before we delve into the lists of those who received the most responses, we have to explore a different finding. The reality is that that the most popular answer to this question won’t be found on the rankings. Nearly half of young people could not or would not name a single individual that would represent or define their generation. And it wasn’t out of laziness. Whether Gen Z or Millennial, many respondents told us that it was impossible to choose just one person because their generations are so unique and diverse. A 15-year-old female explained, “Our generation is so diverse and filled with different people, there is no one person that would ever be able to define us a generation. Every single person in this generation plays such an important role.” A fellow Gen Z 13-year-old male said, “I don’t believe that anyone defines my generation simply because, in my opinion, this is the generation of individuality.” Being diverse and unique was a common reasoning among the younger respondents who couldn’t name a single person to define their generation. Among Millennials we saw some similar themes, but also hints that they believe their generation has had too many ups and downs and gone through too many changes to have one person define them. A 34-year-old female told us, “Nobody defines this ambiguous, precarious generation,” while a 38-year-old-female elaborated, “There cannot be just one. My generation has been so outrageous, outraged and all over the map emotionally that trying to pick any size, shape or color peg to try to cover that hole is just a ridiculous impossibility.”

True to Millennials’ group-oriented natures, there was also a common feeling that no one person could define the generation because they believe they are defined as a collective. A 24-year-old female explained: “I think we all equally define our generation (millennials) because we have so much [more] struggle than previous generations.” This idea was echoed by many others, including a 23-year-old female who said, “there hasn’t been a single person that stands out as defining my generation because we all came together as one united front and stood up and fought for what we believe in. So its [sic] not one person, it’s a group.”

A lack of trust in public figures was another thread uniting some of the respondents who wouldn’t pick an individual that represents them, according to a 30-year-old male, “The world is in a crazy place [it’s] hard to trust anyone nor believe someone defines my generation,” while a 15-year-old female explained, “Honestly, no one that I know defines my generation since leaders now are people that I do not look up to.”

A 27-year-old male put forward another interesting theory around the idea that no one person can define Gen Z and Millennials: “I believe with the increasing internet accessibility, and the ability to find more and more niche groups, it’s difficult to have one person truly define a generation anymore.” We’ve seen this theory play out in celebrity culture, which has become increasingly fragmented over the years.

With half of respondents telling us they couldn’t pick a single individual, the responses we did get for this question were far more fragmented as well. But over 500 people were named by Gen Z and Millennials as individuals that they believe define their generation, and these were the people who received the most responses for Gen Z teens, and Millennial 20somethings and 30somethings:

Who said Gen Z and Millennials don’t have anything in common? While each age group has unique responses, there are some that appear on multiple lists, most notably the answer “me.” Many young respondents, especially Gen Z teens, told us that they are the person that best defines their generation. While some of this is confidence, it’s also another way of saying that no public figure can define them. A 26-year-old who named herself explained “we are truly responsible for ourselves and need to provide and protect ourselves.”

Elon Musk also appears on each ranking. Nearly all of the respondents who named Elon Musk as the individual who defines their generation were male—and big fans of the entrepreneur. When we last asked this question in 2017, Mark Zuckerberg appeared on the list—but this time around received fewer responses. Musk seems to have taken his place among young males who are looking for an innovative, rebellious and successful person to admire.

But of course there are big differences between age groups here as well. Notably, Gen Z’s ranking is the only one to include a social media star, TikToker Charli D’Amelio. As a generation that has been raised on social media (and is fueling TikTok’s success) it would make sense that an online influencer might define them, and those who named D’Amelio told us that her impact on others and massive following were reasons they named the young star. A 14-year-old male explained, “I think Charli D’amelio defines our generation because she showed the world the power of social media and became a successful millionaire by doing what we have all been trying to do. Also, if you ask any teenager if they know who Charli D’amelio is they will most likely say yes.” But the fact that climate activist Greta Thunberg is also on 13-19-year-olds’ top ranking is incredibly significant as well. Gen Z has made it clear that climate change is an issue that is incredibly important to them and Thunberg has become a representative of her generations fears and their passion.

The rankings for Millennials are equally telling. Back in 2017, the list for 18-34-year-olds was full of celebrities, with Taylor Swift topping the ranking and Jennifer Lawrence and Beyoncé following up. But this time around there were some major differences—though T.Swift was still a top five response among both 20-29-year-olds and 30-38-year-olds. But the singer was the only “traditional” celebrity to receive enough responses to make the top ranking. Instead, the top five lists for both older age groups here are distinctly more political—perhaps because we are asking in an election year. But while Barack Obama made the top ranking for both Millennial groups here, 20-29-year-olds were the most likely to name Alexandria Ocasio-Cortez, while Donald Trump only appears in the ranking among 30-38-year-olds.

Some may be surprised to see the current president on the list at all considering Millennials’ reputation as a progressive-leaning generation. (Though significantly Barack Obama actually topped their ranking.) And indeed, YPulse’s Not Waiting for the World to Change trend found that Millennials are far more likely to affiliate with the Democratic party than Republican. But we also found that in the years since the 2016 election, the number of 18-39-year-olds who affiliate as Republican has increased from 16% to 25%. The fact that Trump appears on the 30-39-year-old ranking and AOC appears on the 20-29-year-old ranking could signal some of this increasing political polarization within the generation.