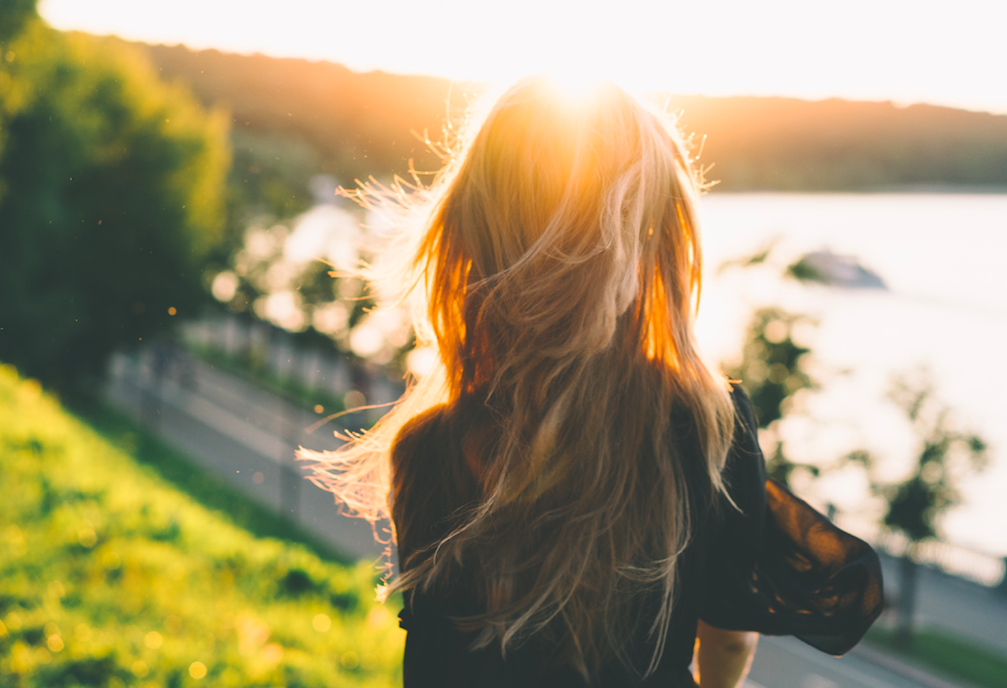 Who are the individuals that Millennials feel represent their generation? We asked 1000 13-34-year-olds, and compared their responses to the ones they gave us five years ago…

In 2012, we asked Millennials to tell us who defines their generation, and found that “some of the most creative, active, and cause-driven stars were the ones they mentioned the most.” In the five years since we first asked that question, interest in the generation has grown enormously. While Ypulse has been studying young consumers, they’ve aged up, and more and more industries have made the generation their focus, fueling massive amounts of conversation—and stereotype trafficking—about the generation. Just look at the Google Trends line showing interest in the generation (based on web search) since 2012:

There’s been so much negative press about them that most Millennials haven’t identified with the label “Millennial” at all: In 2014, Ypulse research found only 19% of 13-32-year-olds felt that the term Millennial described who they are. But more Millennials have also aged into adulthood in those same five years, and their common characteristics have become even more clear. To see how their own view of their generation might have shifted, five years after we first asked the question, we’ve once again asked 18-34-year-olds to tell us, “If you had to pick one person who defines your generation, who would it be?*” Here are their top 10 responses:

*These were open-end response questions to allow us to capture the full range of individuals that 18-34-year-olds feel represent their generation. As with any qualitative question, the responses include those that are top of mind and those that are least favored. The lists are ordered according to number of responses received, and alphabetically when ties occurred.

Who Defines Their Generation?

Fitting for International Women’s Day, the top four responses were all female. The responses were also fragmented, but T. Swift received the most mentions as the person who defines their generation. Don’t jump to too many conclusions just yet though—the reasoning behind her mentions is a mix of positive and negative, showing the range of emotions that young consumers have about their peer group. One 20-year-old female wrote that she named Swift because, “She is constantly innovative, a prominent women that is successful, and is still not married at 27,” while a 27-year-old female explained, “She’s business savvy, works hard, and is exploring the relationship world…our generation has come to realize, however slowly, that the traditional plan of college, job, marriage, kids, is not the norm anymore and we adapt and still try out many experiences so when we find the right person we’ll know it. We live in the public eye with all of the social media present. Taylor Swift embraces the public eye and despite all the flack she gets for having different boyfriends, she’s saying it’s ok to be who you are and experience life.” The idea of innovation, strength, a good work ethic, and changing relationship norms as key elements of their generation were not uncommon. On the more negative end of things, a 20-year-old female said she named Swift because, “She is superficial, prioritizing appearances and public approval. Is looking for a serious relationship but can’t hold anyone down.” (Ouch.) And a 26-year-old female called up a classic criticism of Millennials with her explanation: “Because she is entitled.”

When we compare the 2017 responses to 2012, we see some interesting differences—but Swift’s number one spot today is not too huge a shift; she was in the number four spot five years ago: 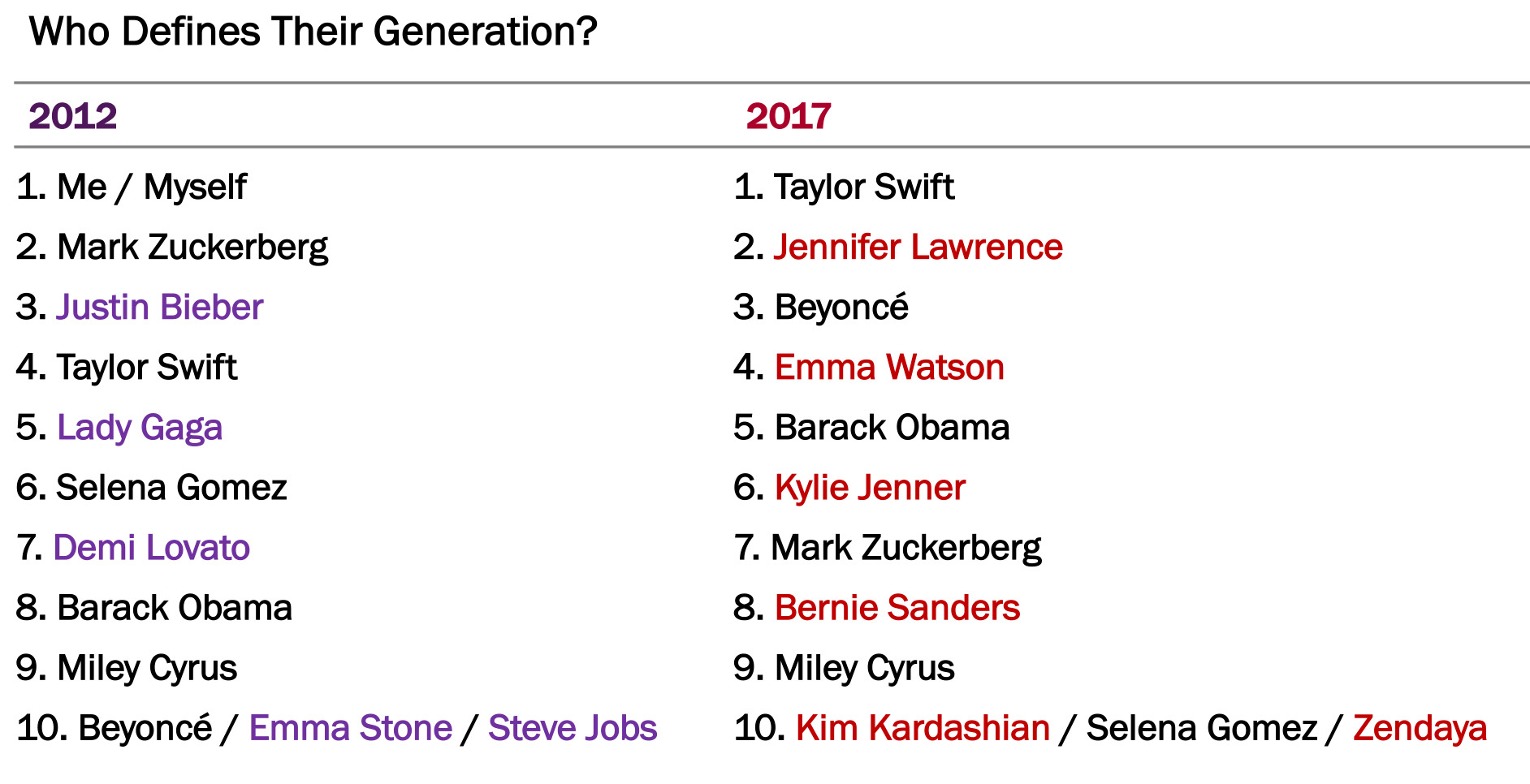 Beyoncé has also moved up on the list, and the number three and four spots are occupied by Jennifer Lawrence and Emma Watson, who did not make the top 10 back in 2012. Tellingly, multiple reasons behind naming both actresses included the word “outspoken.” Today, Barack Obama is still considered a key representation of the generation’s values—but he’s not the only politician on the list. Bernie Sanders also made the 2017 top 10, with those who mentioned the Senator naming his political views as representative of their mindset, and expressing that he “understands what [their] generation is up against. (Hilary is not on the list—which is potentially telling.)

It’s pretty amazing considering their ubiquity now to see that not a single Kardashian made the list on 2012. Today, there are two Kardashians in the top 10—and Kylie outranks her once-more-famous sister Kim. Oh, how times have changed.

We do need to point out that the majority of those who named Swift in 2017 were females—and we saw very significant differences between the individuals males feel represent their generation and those females named: