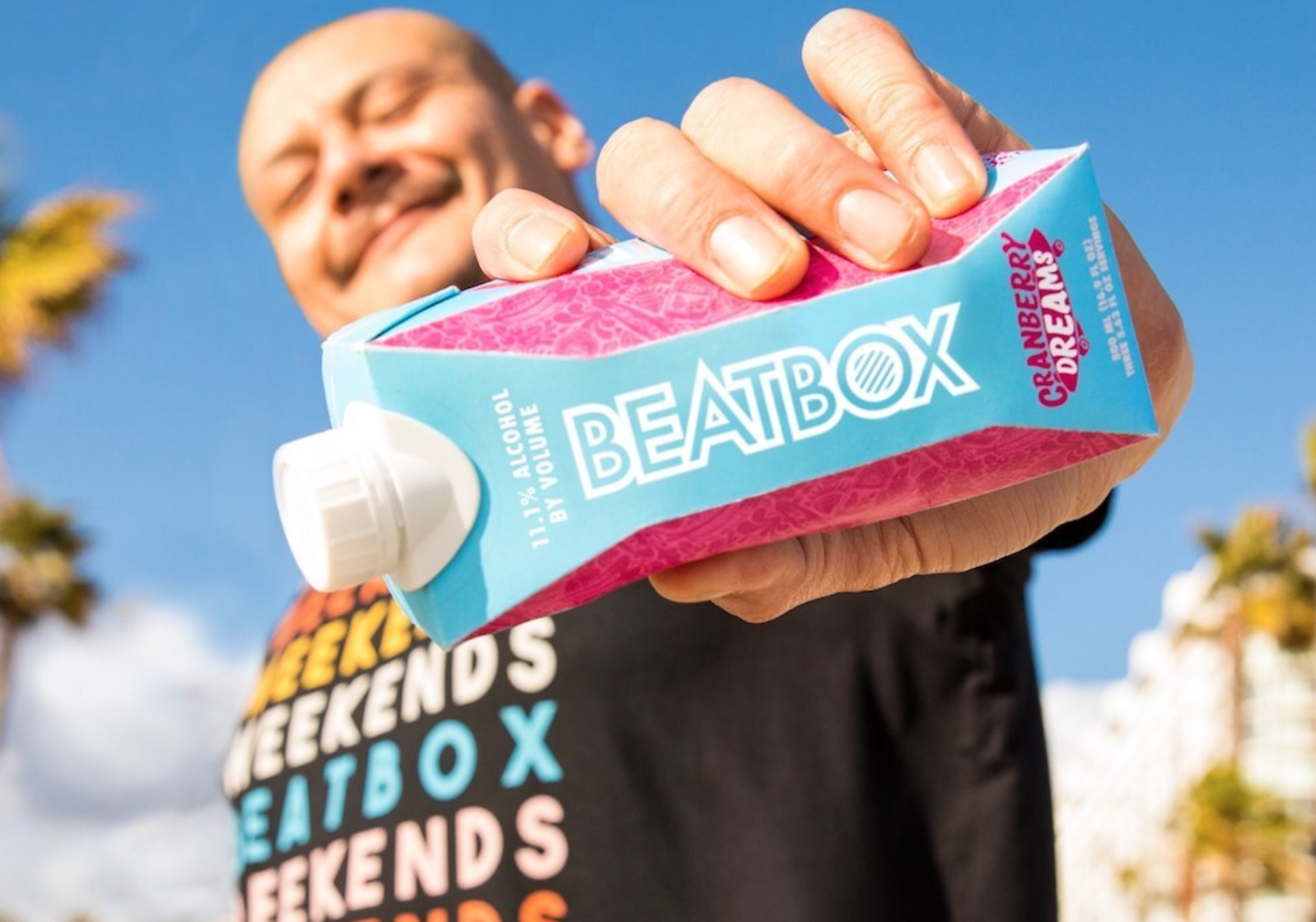 Every week, YPulse keeps readers up-to-date with the most viral stories and content capturing young consumers. These stories can be signs of bigger trends to understand about Gen Z and Millennials, fodder for marketing moments, and the spark for major cultural conversations. And now, they’re being used as the inspiration, and springboard, for new products and brands.

YPulse’s Social Media Deep Dive trend report found that 75% of 13-39-year-olds enjoy engaging with viral online videos, while 61% say they’d like to go viral for something they post on social media. Especially during lockdowns, the speed of viral content seemed to accelerate, and new platforms—yes, we’re talking about TikTok—became viral story hubs. On the app, ordinary creators quickly turn into newfound influencers, and YPulse’s research found 60% of Gen Z names TikTok as the social media platform(s) they feel trends are created / found first before they catch on with everyone.

Creating a product inspired by a viral story isn’t entirely new—for example, in 2018, Lush Cosmetics created “Goddess,” a limited-edition bath bomb inspired by Gen Z-favorite artist Ariana Grande’s hit song and pastel-ladened and cosmic music video “God is a Woman” (which has more than 335 million views on YouTube). But as viral content speeds up on TikTok, more and more brands seem to be teaming up with the creators responsible for some of the internet’s most viral moments for limited-edition products—and in some cases, creators are using their viral fame to launch brands of their own. Here are five recent examples of viral TikTok stardom being turned into a product launch: 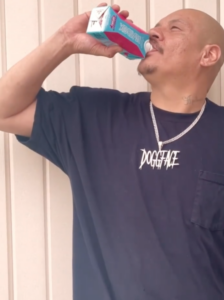 By now, you probably already know about Nathan Apodaca (a.k.a  420doggface208) and how a simple video of him skateboarding on TikTok drinking a bottle of OceanSpray’s cranberry juice and gliding to the tune of Fleetwood Mac’s “Dreams” was one of 2020’s biggest viral moments and the video currently has more than 81 million views. When it came out last year, users donated money to Apodaca via PayPal, Cash App, and Venmo, when they found out he was living out of an RV without running water. The story also caught the attention of Mick Fleetwood and OceanSpray’s CEO Tom Hayes, who recreated Apodaca’s original video on their respective social accounts. Hayes took it a step further, and teamed up with Nissan to give Apodaca a new truck and a trunk full of their cranberry juice. Now, months after the viral video made its debut, boxed-booze brand BeatBox Beverages has teamed up with Apodaca for a Cranberry Dreams flavor, where he has been intricately involved, and will serve as the “marketing champion” for the new drink. All of campaign imagery is expected to feature the viral star, and will be displayed in-store and across the brand’s social channels, while Apodaca will be promoting the rollout on his own social profiles. The packaging even features his tattoo—and the brand notes: “this isn’t a one-off pay-to-play kind of thing…Nate is really a partner in this product….this is an ongoing flavor he’s going to be tied to.” The new flavor will join BeatBox’s lineup of its six other beverages, which include tropical punch, fruit punch, pink lemonade, peace punch, fresh watermelon, and blue razzberry. Cranberry Dreams will join the other BeatBox flavors at most Kroger’s locations, as well as Circle K and other select retailers. With the success of other new celebrity drink brands like Travis Scott and AB InBev’s CACTI Agave Spiked Seltzer, it’s likely that BeatBox and Apocada’s new drink will do well. 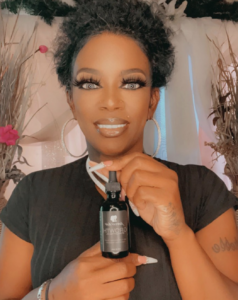 Earlier this year, we told you about Tessica Brown, who went viral and was dubbed “Gorilla Glue girl” after she shared a video (which currently has millions of views) revealing that her hair got stuck in place for a month after using Gorilla Glue adhesive spray instead of her usual got2by hair spray. Brown and her sister created a GoFundMe that ended up raising thousands of dollars, and a doctor performed surgery on her pro bono out of sympathy. While the video initially led to some users and celebrities making jokes and poking fun at the situation, it quickly led to many showing their support for her as the situation escalated, and even sparked a conversation about the lack of awareness about Black hair care. Earlier this month, Brown announced via Instagram (in a post that received 384K views) the debut of Forever Hair, a new haircare line that has been in development “for months.” So far, the line includes two products including an $18 Growth Stimulating Oil, which includes the ingredients of black cumin seed oil and biotin, and promises to increase “blood flow to the follicles promoting growth” and reduce “excessive shedding” and an $14 Forever Hold hairspray. Brown’s announcement explains that she was inspired to create the line because of the hair loss and scalp damage that she experienced after her Gorilla Glue hairspray incident. According to Brown, she’s planning to add shampoos, detanglers, and bonnets to her collection in the future. 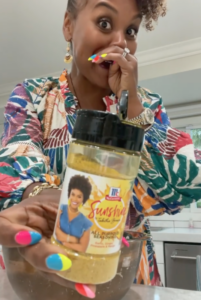 Last spring, vegan influencer Tabitha Brown captured the hearts (and the stomachs) of TikTokers after she gained two million followers in two months. So far, Brown has millions of followers—and her videos often feature quick vegan recipes, cooking tips, playful moments with her family, and words of wisdom and positivity. In one of her most-watched videos, she can be heard saying “You need a hug?” and her followers and fans have described her voice as “calm and magical.” Brown actually got her first taste of viral fame back in 2018 when she shared a Facebook video about a vegan sandwich from Whole Foods, and inspired a challenge where others also bought the sandwich and recorded their reactions. It was Brown’s daughter who introduced her mother to TikTok last year, and since then, her viral fame led her to getting signed by CAA, she has since been cast in TV shows, and collaborated with other brands like meditation app Calm. This month, McCormick’s announced that they were teaming up with Brown to launch a new, limited-edition Sunshine All Purpose Seasoning in July. The new spice mix, which is salt-free and Caribbean-inspired, will feature her face on the label, and include garlic (Brown’s favorite), allspice, thyme, turmeric, cayenne pepper, mango, and pineapple. As part of the partnership, Brown created three recipes using the new spice blend, including Sunshine Shick’n, Maple Roasted Sweet Potato Wedges, and a Chicky Farro Bowl. According to Brown: “Sunshine for me is about spreading positivity. I always say, ‘Have a good day and if you can’t, don’t you dare go messing up nobody else’s.’ This seasoning is all about bringing that radiance and positive energy into your kitchen.” During the pandemic, young consumers spent a lot of their time cooking in the kitchen and getting into viral food trends, and Brown’s new seasoning is likely to be a hit with TikTokers, and her fans. 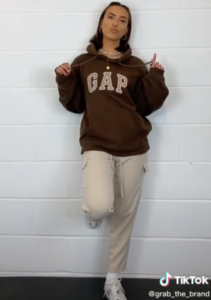 The 2000s have been brought back by Gen Z—and at the beginning of the year, users on TikTok took to the platform to share content of Y2K-inspired looks. The trend led to a resurgence in popularity of a certain brown Gap logo hoodie, and the hashtag #gaphoodie currently has 5.8 million views on the app. The style was first introduced in 1995 and has since “evolved into other styles with various logo fonts, colorways and design elements,” and the brown logo hoodie hasn’t been available to purchase from the retailer since the early ‘00s. Thanks to its viral popularity, hoodie has been listed by resellers on sites like Depop, Grailed, and eBay for up to $300. Now, the viral moment has inspired Gap to re-release the line. They’re also teaming up with TikTok for the  “Gap Hoodie Color Comeback” competition, a campaign to crowdsource ideas for the next colorway of the Gap hoodie to be released this fall—and customers will be able to vote on their favorite one through the brand’s social accounts starting at the end of this month through July 2nd on headtopics.com. This isn’t the first time Gap has gone viral for their older products: Last month, we told you how users on the app were flocking to get their hands on a pink, heart-filled velour hoodie from Gap that was featured on 2009 comedy-horror flick Jennifer’s Body—which led to resellers listing the piece on resale sites like Poshmark and Depop, where it’s also been listed for hundreds of dollars. It even inspired online brands, like Dolls Kill and Fine Girl, to release their own versions of the hoodies. While Gap hasn’t made any announcements about re-releasing this particular pink hoodie, the resurgence in popularity and revival of the brown hoodie shows how brands can capitalize on older styles that become popular again. 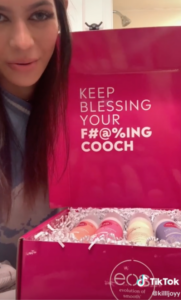 In February, TikToker Carly Jay (whose @killijoyy account has  963.9K followers) posted a video of herself sharing tips about how to avoid razor bumps,  highly endorsing and praising EOS’ Shea Butter shaving cream, which she claimed would “bless your f*cking cooch.” The video has raked in more than 19 million views, and led to a surge in sales for the brand. Shortly after the video went viral, EOS partnered with Mischief @ No Fixed Address to launch “Bless Your F*cking Cooch,” a limited edition line of shaving creams as a way featuring her catchphrase to show their gratitude and appreciation toward Joy for bringing attention to their other products. The shaving creams, which came in a variety of different scents, were sent to certain followers who slide right “into those Eos TikTok DMs.” In a follow-up video reacting to the line launch, Joy does an unboxing of the new shaving creams, and shows users how the product’s instructions were “directly quoted” from Joy’s original videos. While other skincare products have gone organically viral on the app, leading to a surge in sales for certain brands, this is the first example of a brand taking initiative of launching a new, limited-edition line based on an organic viral moment. 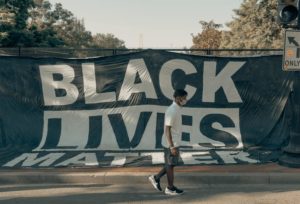