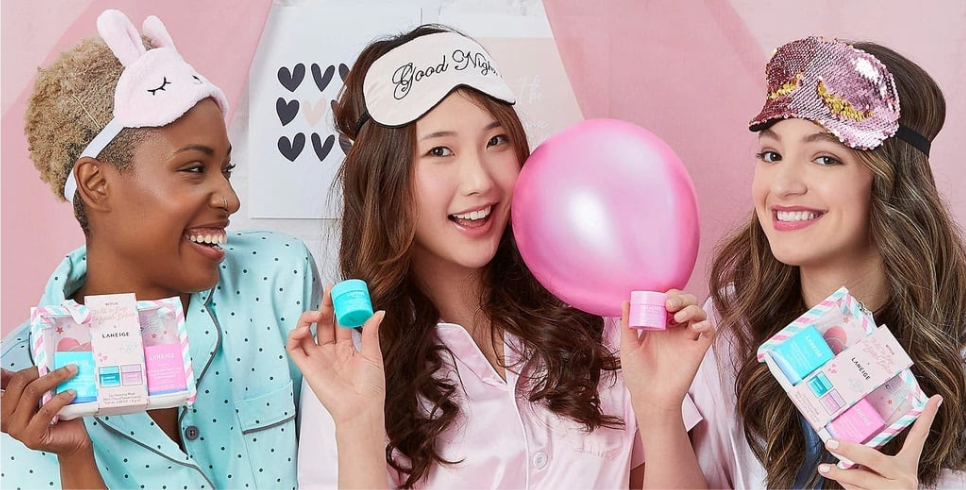 Netflix refuses to bring ads to their platform, but they’re still helping brands to reach their massive audience of Gen Z and Millennial viewers. Here’s how…

Young consumers are more likely to watch content on Netflix every week than content on any other service—streaming or traditional. Our most recent media consumption monitor survey found that 73% of 13-to-37-year-olds watch content on Netflix weekly, far more than any platform that’s supported by ads, making Gen Z and Millennials a massive challenge for brands. It’s no surprise that those brands are actually desperate for Netflix to take their money, with marketing agencies are pressuring the platform to launch an ad-supported streaming tier. But despite the demand to somehow integrate ads into their content, the streaming giant refuses to budge.

Of course, marketers think they’re making a mistake, but the company has its reasons for not wading into targeted advertising. The majority of young consumers tell YPulse they using streaming services to avoid ads, so Netflix actually risks alienating the very audience they’ve been relying on if they were to start. Instead, Netflix has been helping brands reach their viewers in other creative ways—most notably through innovative brand partnerships.

Last year, Netflix collaborated with various brands to promote its bingeable, breakout series Stranger Things, partnering up with Hot Topic and Target to sell sweaters, coffee mugs, and more merch with designs inspired by the popular show. Board games like Monopoly and Clue were given Stranger Things spinoffs, a special edition-DVD of the series made to resemble a VHS, and Funko and others created products starring the show’s characters. Ahead of its third season, they partnered with H&M and Coca-Cola to release ‘80s-themed hair bands, scrunchies, neon prints, and of course New Coke. At the time, we told you that the partnerships were a major win for brands, who are otherwise cut out of young consumers’ entertainment consumption on the platform—and that creative product placement and limited-edition lines that cater to fans of Netflix’s content are potentially a glimpse of the future of advertising in an SVOD world.

Now, just barely over a month into 2020, Netflix has hit the ground running with more brand collabs. The fast and furious pace of branded products based on the streamer’s hit shows, especially those popular with a young audience, proves that the post-commercial future to TV advertising has arrived. Brands have to be more creative than ever to become a part of Gen Z and Millennials’ viewing habits, but these campaigns show how they’re doing it: 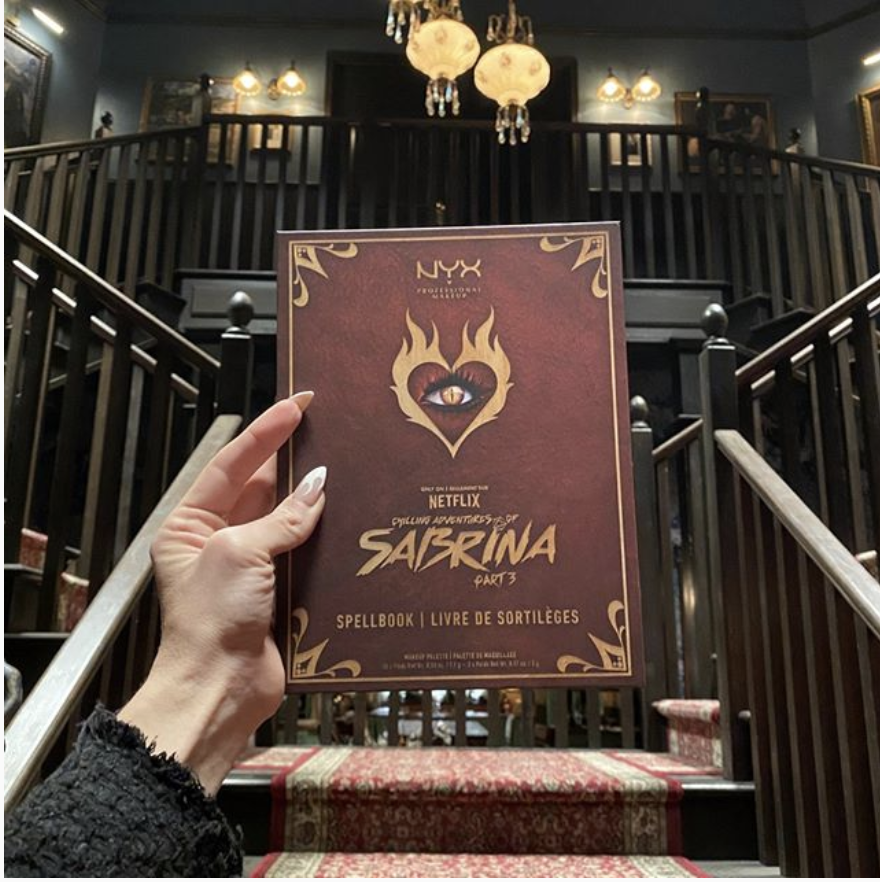 YPulse found that the Chilling Adventures of Sabrina was one of young viewers’ most anticipated shows of the fall before it made its debut on Netflix in 2018, and three seasons in Sabrina has a solidified fanbase. The show has also earned a reputation for enviable makeup looks (hello, red lips). So in anticipation of the most recent season, Netflix teamed up with NYX Cosmetics for its first ever cosmetics partnership. The brands released a limited edition Chilling Adventures of Sabrina makeup kit that included lipstick and an eyeshadow palette—all packaged as a spellbook. The line sold out quickly online, so clearly the streaming service knew how to reach its young beauty enthusiasts. 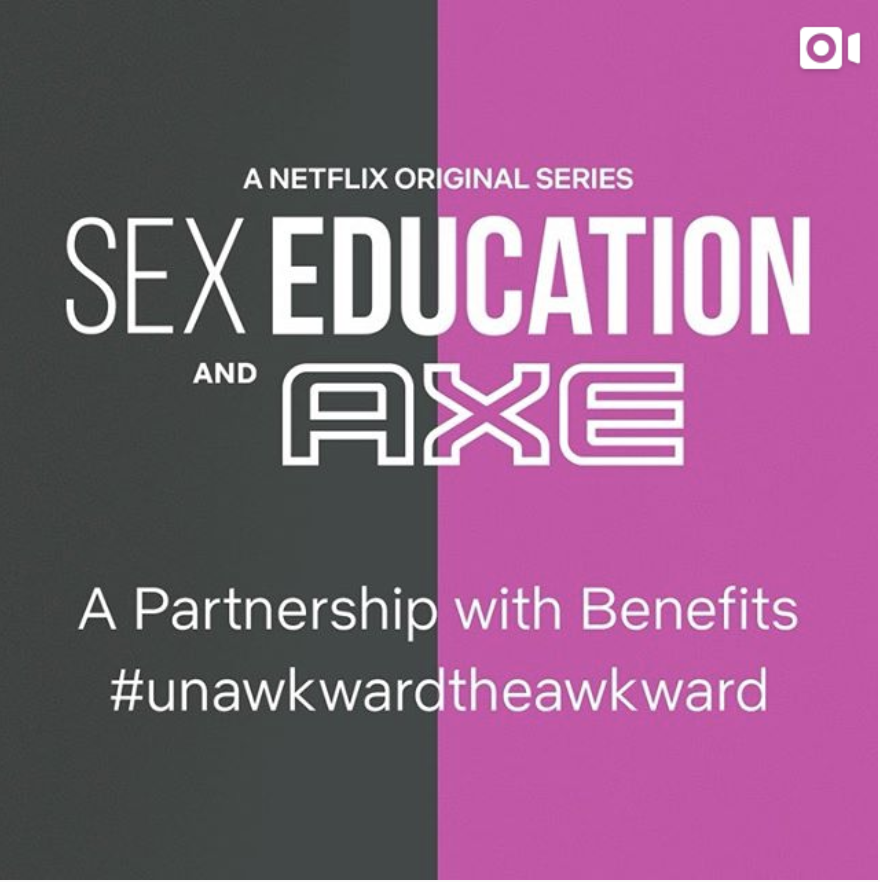 According to an AXE study, 47% of 14-to-24-year-old males have refrained from asking someone out because of their lack of confidence, while 42% are more comfortable talking to potential dates on social media than in real life. This month, the men’s grooming brand teamed up with Netflix’s high school series Sex Education to tackle the “confidence crisis”—in what they refer to on their Instagram as “a partnership with benefits.” They’re using the hashtag #UnawkwardTheAwkward to offer sex and dating tips via videos and social media, enlisting characters from the show to advise teens. (And using the book Bringing Up Men, which was written by a character from the series.) Sex Education has become a hit with young viewers since launching last year, when it reached 40 million views within a month of its release, according to Deadline. 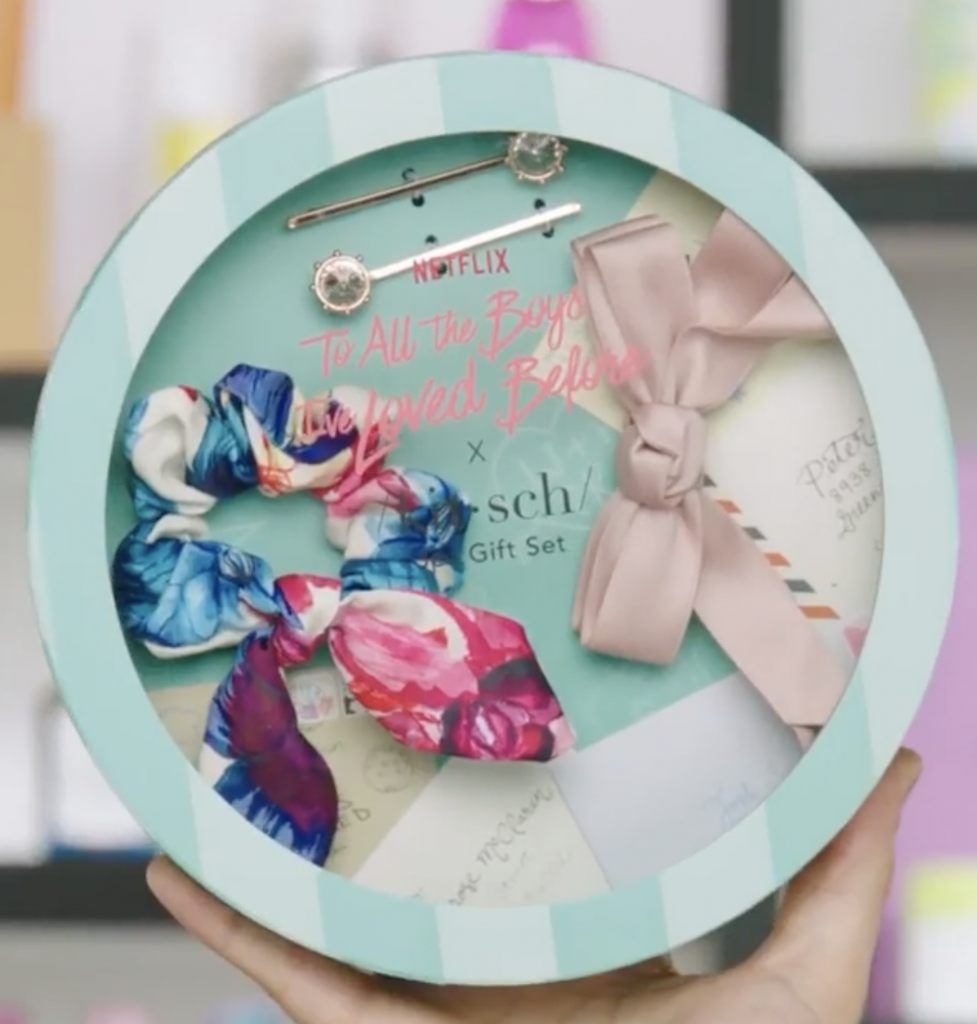 Sephora x To All The Boys: P.S. I Still Love You

We’ve credited Netflix with bringing back teen movies, and their hit To All The Boys I’ve Loved Before is perhaps the best example, and one of the platform’s most rewatched programs. The film, based on the popular books, was beloved by young fans, and the sequel has been highly anticipated. (The trailer has been watched 7.8 million times in the last two months.) For the promotion of the To All The Boys: P.S. I Still Love You, Netflix dropped another beauty collaboration, but this time with multiple brands including Glow Recipe, Laneige, Kitsch, Amika, Milk, Kaja, and Kitsch. The line includes limited edition scrunchies, skincare, and makeup products, all To All The Boys branded and sold at Sephora. And P.S., for vinyl-loving young consumers, Netflix also partnered with Urban Outfitters to release a limited edition glow-in-the-dark record of the soundtrack on Valentine’s Day. 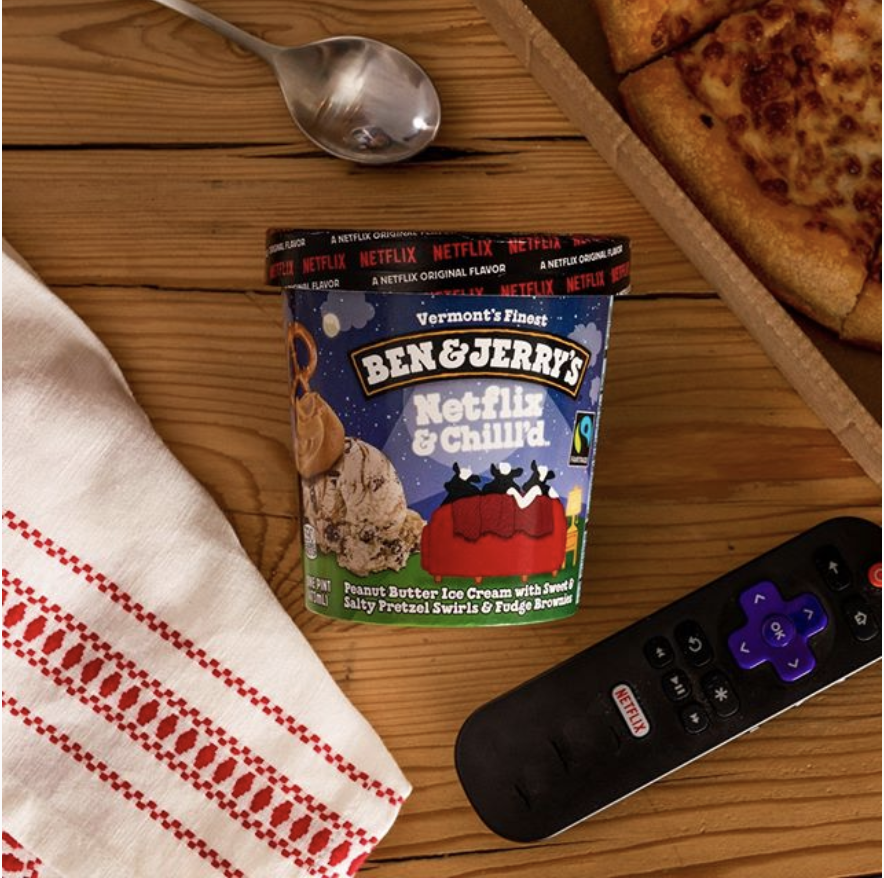 In a marketing stunt that was one of our favorites last month, Ben & Jerry’s partnered with Netflix for a new ice cream flavor catering to Gen Z and Millennial homebodies. The new Netflix & Chill’d flavor is their first “Netflix Original” creation—implying that there are more to come. The ice cream company’s Yscore jumped 13 points in 2019, proving their continued innovation and experimentation makes them popular with young consumers. The partnership proves it doesn’t have to be a specific streaming show that brands use to reach young viewers—they can just play on their overall love of Netflix and binge watching.