4 Analog Products Millennials Are Bringing Back 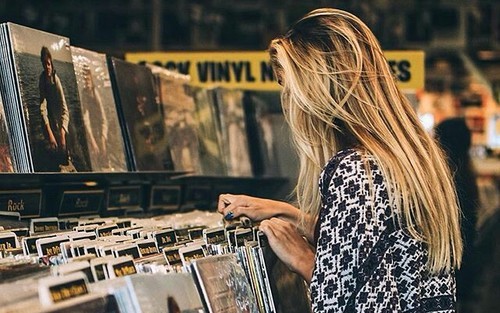 There is no doubt that Millennials and Gen Z have embraced their upbringing in the digital era. They’re making online shopping more commonplace, fueling the chatbot revolution in communication, killing off marketing without a digital presence, and are almost always tied to their addictive devices.

These young consumers were either introduced to the online space at an early age or have not known a world without it. Some have had access to smartphones for over half their lives. So it’s no surprise that their behaviors are key in forming today’s digital-forward landscape.

But as much as they have embraced digital trends, they are also looking for a chance to unplug: according to a YPulse survey more than half of 13-33-year-olds told us that they’ve unplugged, with 77% saying they’ve unplugged from their smartphone, followed by 66% who say they’ve unplugged from their social media accounts, and 63% from their computers. They may be hooked on tech, but they also exhibit a clear desire to come back into the physical world from time to time—a desire that might be providing a boost to products that some thought had met their demise with the generation.

Here are four non-digital products making a (sometimes unexpected) comeback with consumers, likely thanks to their IRL appeal: 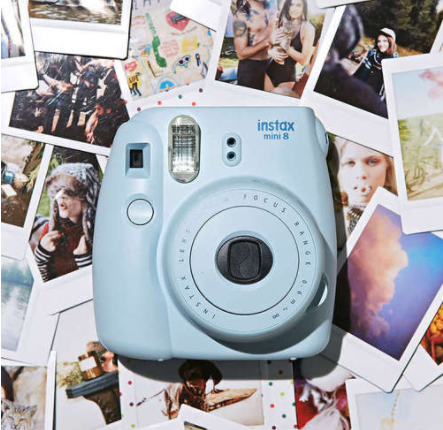 While the digital camera market is starting to lose steam (thanks smartphones) analog cameras are making their way back: Fujifilm reports selling 5 million of its instant cameras in the fiscal year ending in March 31—almost four times the number of digital alternatives it sold during the same period. Their ‘retro-style’ Instax mini-camera, which gives young photographers prints in hand seconds after shooting and comes in fun colors, is one of their most popular models, and its accompanying products came in at the top of Amazon’s best-selling Camera & Photo items over this past holiday season for the second year in the row. The back-from-the-past style of shooting is so popular, Michael Kors released his own branded version.

At CES this year, Polaroid introduced their latest spin on the trend: Pop, a “classic instant camera for the social media era.” The camera features a four-inch touchscreen, image stabilization, and a 20-megapixel sensor that is definitely capable of taking higher-quality photos than a smartphone, and also includes filters and stickers. According to the brand, they had young consumers in mind when making Pop: “The simplicity, fun, immediacy of it—we want to bring that back to a new generation, in formats that they would find interesting and exciting.” 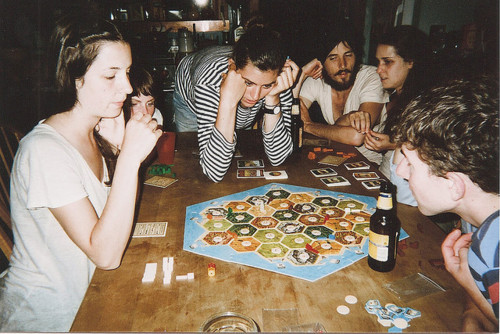 Board games are making a comeback, thanks to Millennials. According to Euromonitor International, global sales of games and puzzles have gone from $9.3 billion in 2013 to $9.6 billion in 2016, with much of the growth driven by Millennials’ nostalgic behavior and need for affordable entertainment. In particular, Euro Style games or games that “emphasize strategy and co-operation over conflict and luck, and often revolve around economic themes” is growing in popularity with young players, and Settlers of Catan is a prime example. The game has sold more than 18 million copies wordwide and in 2013 generated more than $80 million in retails sales in the U.S.

Another element driving the board game revival is Millennials’ desire for an activity while drinking and socializing, with Mintel research revealing that 30% of Millennials are interested in visiting a board game themed café or bar. They are also likely turning to board games as entertainment while they drink at home: according to a Ypulse survey, 71% say they’d rather drink at home than go out to drink at a bar/club. 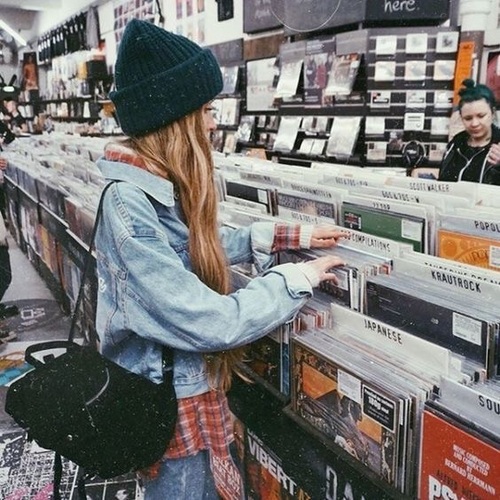 Vinyl sales in the U.K. reached a record high last year. According to the British Phonographic Industry, 3.2 million records were sold in 2016, an increase of 53% from the year before. The last time vinyl was selling like hotcakes was in 1991, when Simply Red’s Stars was at the top of the best-seller charts. These days, David Bowie’s posthumous album Blackstar is helping drive sales, selling more than double the number of copies of Adele’s 2015 25. An industry insider cites Millennials’ desire for experiences for helping to drive the increase, but also says that today’s music fans’ listening preferences are “multi-channel,” with them listening to music “in so many ways now.” Although CD sales experienced a drop of 11% last year from 2015, they still sold a strong 47.3 million, and audio streams increased by more than two-thirds. 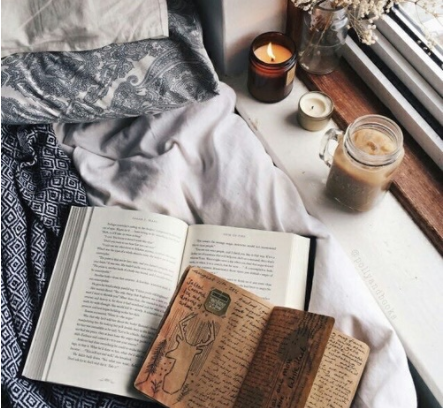 Over the last year, the American Bookseller’s Association reported sales have enjoyed a steady growth, Amazon opened 3 bookstores, and media empires like Star Wars and Harry Potter have successfully invited fans to dive into their respective universes through print. For a generation that’s always plugged in, many predicted the demise of physical books, but instead they are now representing the opportunity to have a digital detox. In early 2016, Pew showed that 72% of 18-29-year-olds have read a physical book in the last year, and according to Nielsen Books and Consumers, 22-34-year-olds make up 37% of the physical book buying demographic—up from 27% in 2012. Meanwhile, as we noted last year, e-book sales have “slowed sharply.” Despite predictions that digital would overtake print by 2015, they accounted for 20% of the market in 2014, and fell 10% in 2015. E-book subscriptions services have shut down, while independent bookstores are seeing a stronger market. According to one study, 79% of Millennials in the U.S. read a print copy of a book in 2015, almost double the amount of those who read an e-book…which could be one reason that Kindle sales have been sliding.