The Trends Experts Predict Will Take Off In 2022 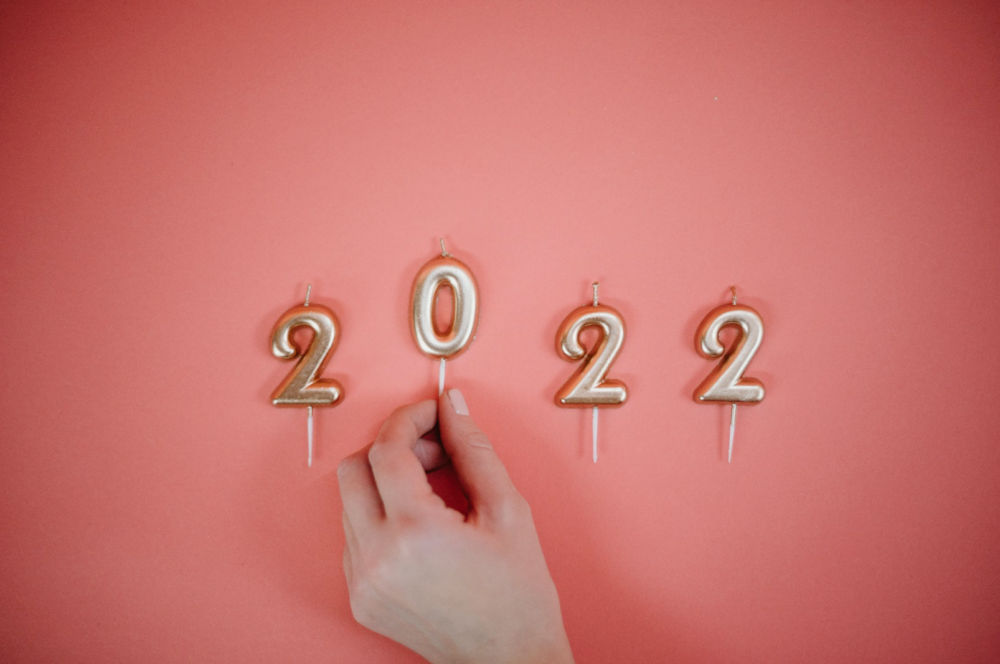 We rounded up the biggest predictions about food, fashion, and media for the year to come. Here’s what experts are saying will trend in 2022… 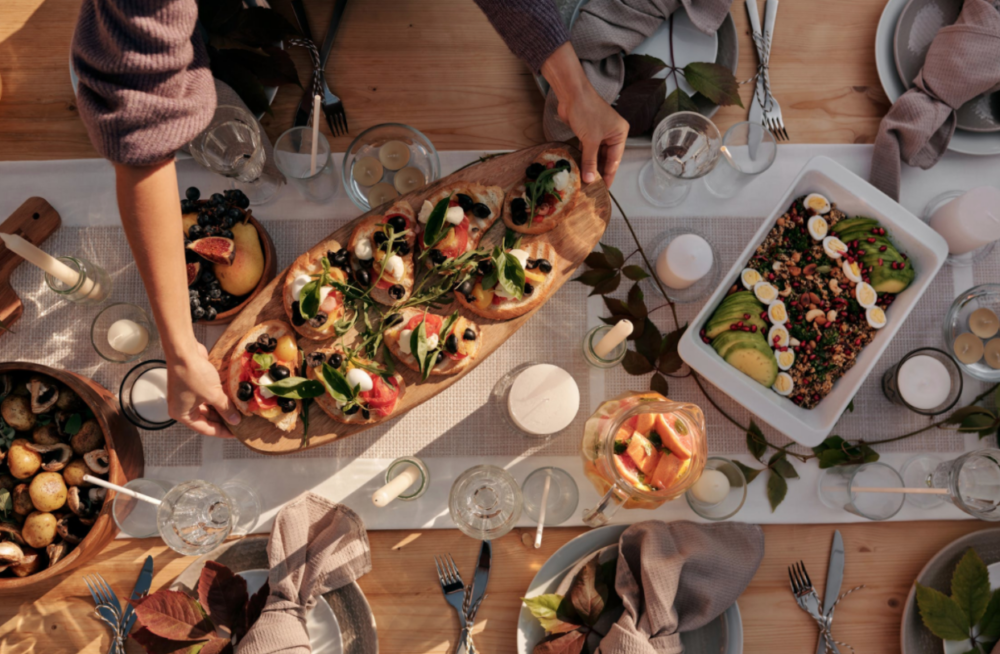 FOOD & DRINK:
Last year, experts predicted that plant-based food is here to stay—and that seems to be the consensus for 2022 as well, especially as consumers who haven’t tried a vegan or plant-based cuisine yet are beginning to show an interest in it. We told you that vegetarian / vegan diets are a top health and wellness trend that young people are interested in and according to Whole Foods, the continued interest will lead to “reducetarianism” foods in the new year. This refers to consumers who aren’t quite ready to go “full vegan” yet, but “want to significantly reduce their consumption of meat and other animal products.” And when they do choose to consume animal products, “reducetarians” will make sure the meat is “high quality.” In the beverage space, Whole Foods predicts that “buzz-less spirits” and non-alcoholic drinks will (continue to) be big. YPulse research has long explored how more young people have been adopting a sober lifestyle, while IWSR Drinks Market Analysis reports that the category is expected to expand 35% by 2023. At Whole Foods Markets, it had record growth in 2021, which includes Greenbar Distillery’s lavender non-alcoholic bitters and soda, Ritual’s zero-proof whiskey, and Ghia. Heineken recently released its first alcohol-free draught beer on a mass scale in the U.K. just in time for Dry January, while a wave of new shops dedicated to zero-proof cocktails and booze-free batched cocktails are emerging: Open Road is a Pittsburgh bottle shop dedicated to selling bottles of wine, beer, batched cocktails, spirits, and aperitifs that are .5% ABV or lower; Sipple is a Houston-based shop that started as an ecommerce site and recently opened its first in-person store near Rice University to push the nonalcoholic beverage category to young consumers; and Minus Moonshine is a nonalcoholic bottle shop in Brooklyn aimed at cultivating an inclusive space for people of all backgrounds to congregate. When it comes to drinks, Pinterest predicts that “afternoon tea will be the new happy hour” since searches for “tea party aesthetic,” “drinking tea pose,” and “vintage tea party” have spiked across all age groups. Pinterest is also predicting that TikTok pasta and recipes will continue to thrive in the new year along with “ancestral eats” and cultural foods from all over the world. Meanwhile, chefs from the industry are predicting that comfort food will be sticking around in 2022—and YPulse’s Comfort in the Kitchen trend research found that the majority of young consumers say food has given them comfort during the pandemic. 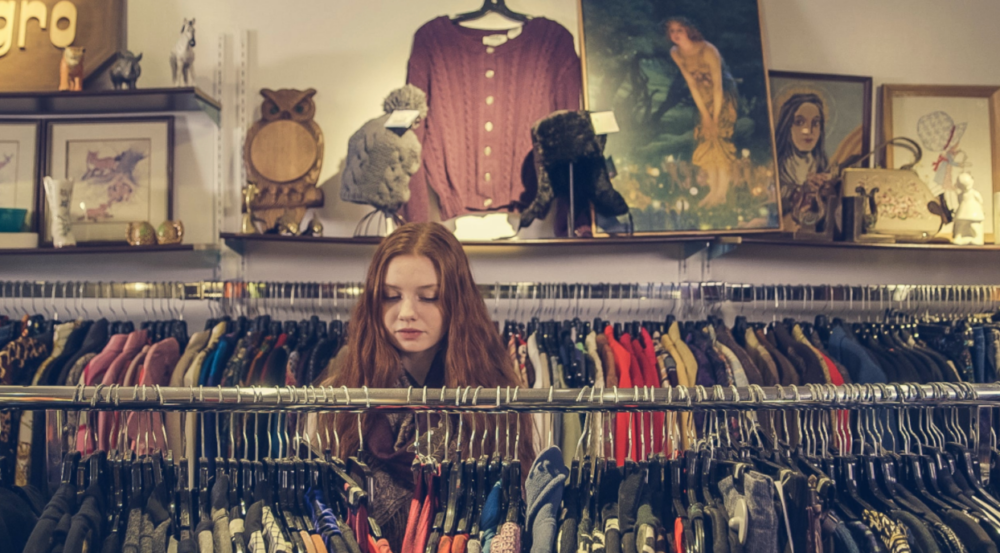 RETAIL:
Shopping online certainly has certainly intensified during the pandemic, and YPulse’s shopping and retail report found that more than half of 13-39-year-olds prefer online shopping to in-store shopping, while 66% say they’re interested in livestream shopping. According to Forbes, livestreaming will continue to be popular in 2022, with retail livestreaming events becoming “embedded features” in social media. Social platforms including Facebook, Instagram, Snapchat, Twitter, and TikTok partnered with retailers and brands this year on livestream shopping events. We told you that marketing in the metaverse was a trend that started in 2021, and experts are certainly predicting that it’s going to become even bigger in the next year as brands launch more digital stores in the virtual world. But it isn’t just the ecommerce retail landscape that is expected to shift: While traditional malls have been declining in popularity in the last several years, Forbes predicts that “scaled-down” versions are emerging in popular chains through “store-within-a-store” (SWAS) formats, which could see a “mini-revival” in the upcoming year. In-store co-branding will be  taken to a “more sophisticated, digitally-driven level” in 2022. For instance, the Hy-Vee store in Grimes, Iowa, is being formatted to function like a mini mall, with an “express-sized DSW shoe store” and an exercise equipment showroom by Johnson Fitness & Wellness. Overall, the shop-in-shops concept is projected to be big in the next year especially with Ulta and Disney shops inside Target, and Sephora inside Kohl’s and JCPenney stores. Meanwhile, online secondhand shopping isn’t going away anytime soon, especially as experts predict that more and more brands will compete to grab sustainable shoppers’ attention. We’ve told you about the many ways fashion brands are getting creative when it comes to sustainability, and according to Instagram’s first-ever trend report, nearly one in four of young shoppers are expected to thrift more online through secondhand sites like Depop and Poshmark. 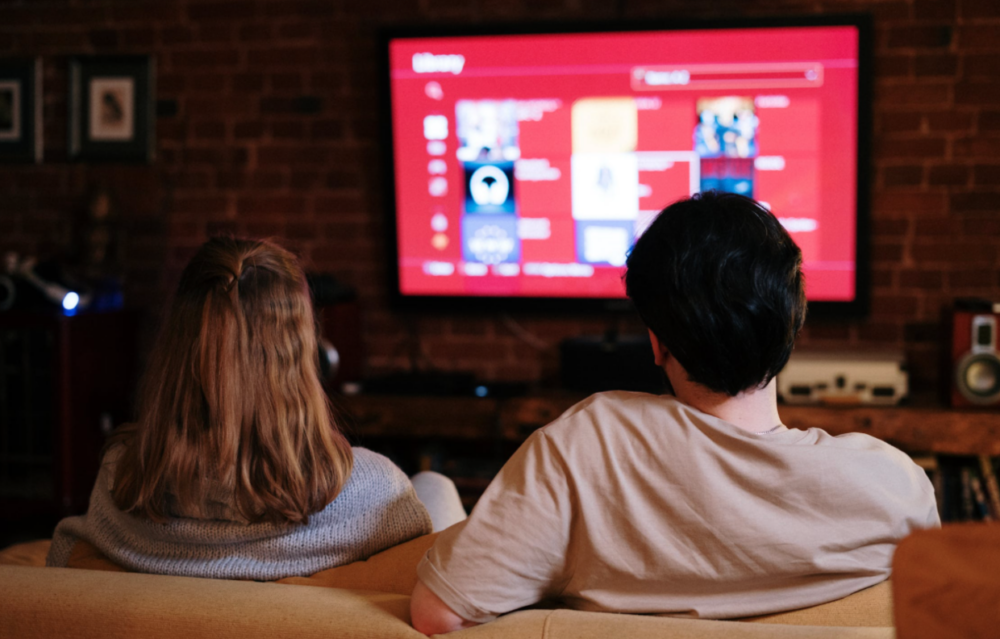 MEDIA & ENTERTAINMENT:
YPulse’s media consumption report found that 65% of 13-39-year-olds pay for an online streaming account, with Netflix, YouTube, Hulu, Disney+, and HBO Max among some of their top streaming platforms. But one expert is predicting that amid the continued growth of well-known streaming giants, niche streaming services will take off in 2022. We told you that the horror / thriller genre saw an increase among young viewers last year, and horror streaming platform Shudder reported that their subscriber numbers and daily engagement have steadily increased in the last year. Anime and manga streamer Crunchyroll surpassed five million subscribers, while Britbox has already surpassed two million subscribers since its debut in 2017. Then, there’s Dekkoo, a streaming platform for LGBTQ+ content; Mubi and Criterion; a service for classic movie buffs; and ALLBLK, the streaming destination for exclusive Black TV and film content. At the rate that new streaming services are being released and growing, there will be “at least a dozen” new ones by the end of 2022. YPulse’s Borderless Culture trend report explored how Gen Z and Millennials enjoy content from other countries, and with the massive success of Netflix’s Squid Game, some experts are predicting that streaming services will release more international content. Meanwhile, Variety predicts that more streaming services will launch their own mobile games. YPulse’s gaming report found that 66% of 13-39-year-olds believe that video games are more entertaining than TV and movies—and after Netflix launched its own video games this year, other competitors are projected to follow suit.

What about the social media landscape? The Drum is predicting that long-form video content could start to become popular again given that social platforms including TikTok have been expanding to three-minute-long videos, while Instagram Reels have gone up to 60 seconds. Young people told us that it doesn’t matter how many followers an influencer has, and Forbes is predicting that nano and micro-influencers will impact marketing even more in 2022. Meanwhile, Instagram reports that one in four 13-24-year-olds agree that micro-influencers with loyal and highly engaged audiences are most important when creating new trends. 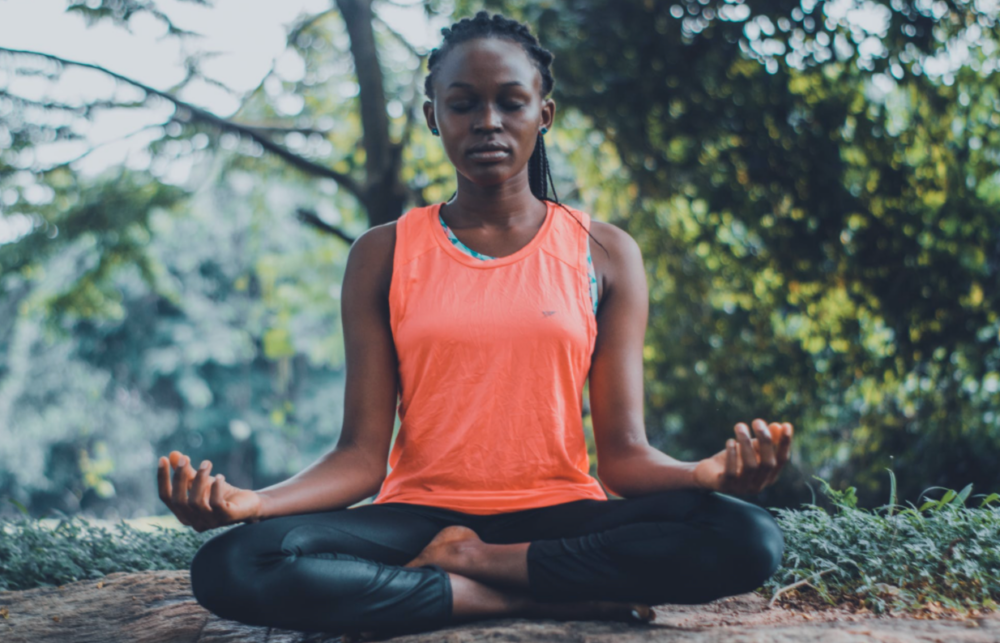 HEALTH & WELLNESS
YPulse’s State of Mind trend research found that more than half of 13-39-year-olds say their mental health has been negatively impacted by COVID, while 33% tell us they have tried mindfulness exercises to combat stress. Instagram predicts that one in three young consumers will continue to partake in mental wellness activities like guided meditation and manifestation exercises. Meanwhile, Pinterest is predicting that 2022 will be about people feeling their emotions in spaces made just for that, especially as searches for “emotional escape rooms” trend. Our trend data found that 54% of 13-39-year-olds have tried holistic remedies to combat stress and anxiety, and experts in the cannabis industry are predicting that cannabis will “will continue to piggyback on wellness” as “consumption lounges” are expected to become popular, and companies plan to “evolve the cannabis experience.” Meanwhile, YPulse’s fitness report found that the majority of young consumers say people are working out now more than they used to, and Pinterest is projecting “flexercise” (a.k.a low-intensity workouts that focuses on strength including mobility training, walking, stretching, yoga and pilates) to become more popular. ClassPass is predicting that working out with friends will also become a more popular way to workout than it already is, after finding that 45% in a recent survey are more likely to continue a new workout if they’re in a class with a buddy of theirs.