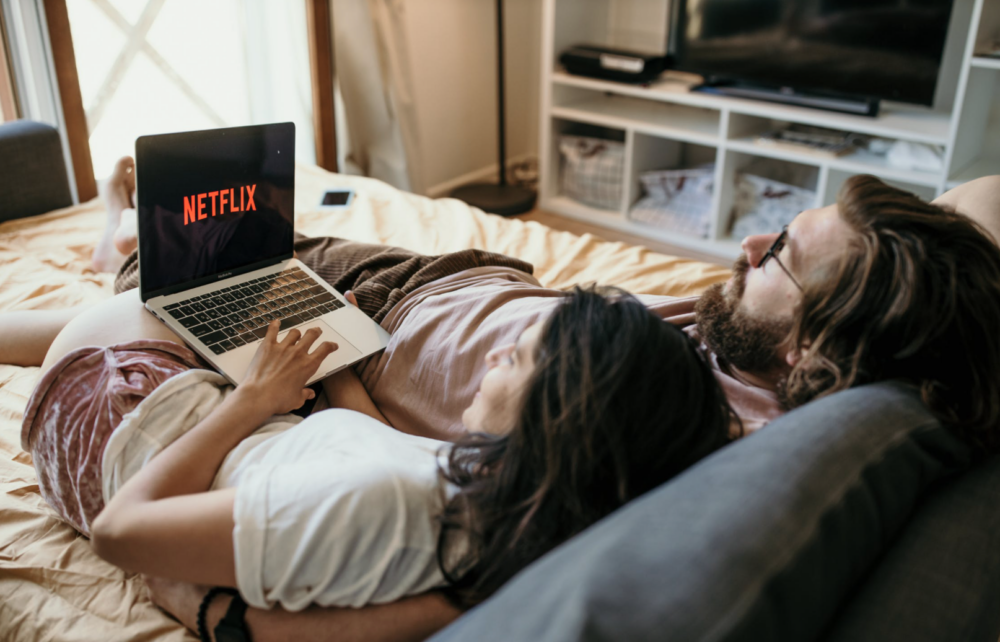 In 2020, young consumers stayed at home and streamed more videos as a way to not only entertain themselves, but to cope with the pandemic. And it’s no secret that streaming has increased drastically over the two years, especially as established and up-and-coming streaming services battle it out for customers’ attention.

YPulse’s recent TV and Entertainment report found that the number of 13-39-year-olds who pay for streaming services has increased from 62% to 66% in the last year, and the average number of streaming platforms they  pay for has increased as well. The majority of 13-39-year-olds watch TV shows on streaming services weekly, compared tohalf of young consumers who watch TV shows on cable weekly. And research from The Digital Entertainment Group (DEG) found that customers spent billions of dollars on “movies and television shows consumed at home” in 2021. This means they have access to a seamingly endless amount of content. When we ask young viewers what their favorite TV shows are right now, the list is dominated by long-running series no longer in production, including Friends, The Office, and Supernatural. But streaming platforms, and cable of course, are also pumping out a huge amount of original content. So, we also ask them “What currently airing show is your absolute favorite?” and we found that streaming, and one show in particular, dominated the lists:

Netflix’s Squid Game has been a massive global hit—and it’s also young consumers’ top favorite currently airing show. But that’s not it: The series is also at the top of the ranking of their favorite shows overall, and the top favorite show in Western Europe. We told how TikTokers reenacted the scenes from the show on the app, recreating some of the deadly games like “red light, green light.” To lean into the show’s popularity, Netflix launched Squid Game merch ahead of Halloween this year to accommodate fans wanting to dress up as its iconic characters, while other businesses and restaurants around the world gave customers the opportunity to participate in real-life challenges, like the dalgona candy challenge. The first season ended in a cliffhanger leaving audiences craving more, and the director recently announced that the second season is currently in development, hinting that they have a lot in store. While some young respondents told us the show was “very stressful to watch,” many say they like the show because it’s “interesting,” “thrilling,” “unpredictable,” and “fresh and innovative.”

Grey’s Anatomy is next on the ranking—which could be a surprise considering how long the show has been airing. But last year, Grey’s was actually at the top of the list of currently airing shows they said are their favorites. We highlighted in our Content Cure trend report how the long-running medical drama has served as comfort TV during stressful times, and the reality is that many young people have literally grown up watching the show. According to one respondent, “I have been watching them forever,” while another told us, “I love the story lines and I have watched it since season 1.” There is clearly an attachment to the series for them, and Grey’s continues to be one of their favorites, particularly among young females.

Netflix’s On My Block took the fourth spot on the list. This is the show’s debut on the ranking of their favorite TV shows. The coming-of-age dramedy follows four friends navigating the challenges of school, relationships, and growing up in their predominantly Hispanic and Black neighborhood in South Central Los Angeles. According to a new report from UCLA, Latinx representation is still “largely” lacking on TV. YPulse’s Representation in Action trend research found that 72% of 13-39-year-old Hispanic consumers wish they saw more people of their race in TV shows / movies, and On My Block is one of the few series that has been praised by audiences for its representation of Latino and Black teens. One 14-year-old female respondent told us, “It has down to earth topics and shows more into a life of different cultures. It has very many captivating topics that draw you into the show,” while others find it “relatable.” The show just aired its final season, but a spinoff series was just announced on Netflix, which will clearly have some built-in fans.

Lucifer, a fantasy TV series based on the DC Comics characters from The Sandman, is ranked fifth and might be another surprise on the ranking to some. The show started airing on Fox in 2016 before getting cancelled only after one season, but was picked up by Netflix to finish out the remainder of the series. A respondent tells us they enjoy the show because they love “the combination of police procedural, supernatural, and comedy,” while another tells us “strong, dramatic twists and an interesting storyline that keeps me engaged.” We told you about “The Netflix Effect,” and how the streaming service has helped other TV shows go viral—and there certainly seems to be a pattern of shows that were previously cancelled by other networks that Netflix has swiftly picked up. Looking at the list, young viewers listed You, Cobra Kai, and Manifest as their favorite shows, and all three were cancelled on their respective networks of Lifetime, YouTube, and NBC before getting picked up by the streaming giant. Clearly, getting the Netflix seal of approval can catapult a show into mass popularity, but also Netflix is Gen Z and Millennials’ top entertainment source, so shows have a far better chance of getting in front of them if they’re on the streaming platform.

North America
Taylor Swift is The Newest Celebrity Private Jet Controversy on The Viral List
TL;DR Taylor Swift has been called out for having the highest emissions of...
North America
The Top 10 Retail Apps Gen Z and Millennials Are Using
Retail apps are the bottomless scroll feed of the online shopping world… TL;...
North America
4 TikTok Influencers You Haven’t Heard of Yet, That Millions of Gen Z and Millennials Have
“I never expected this to blow up” is the new “thanks for one million subscribers” ...