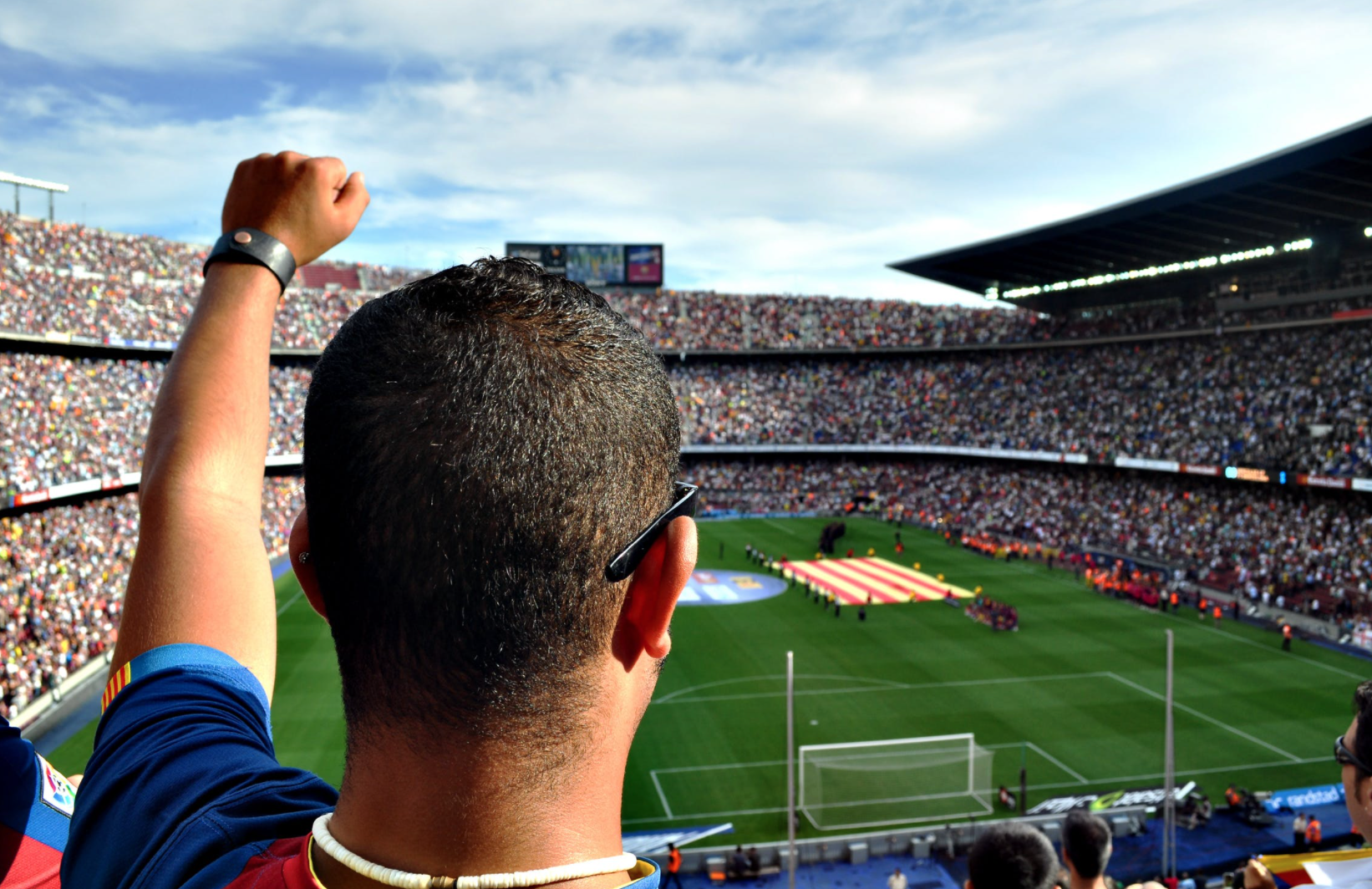 YPulse’s Scouting Next Gen Sports Fans trend report explored Gen Z and Millennials’ sports fandom, and found 63% of 13-39-year-olds consider themselves a sports fan, while 70% of young sports fans agree: “Being a fan of a sports team is a big part of who I am.” These generations have had a reputation for abandoning sports viewing, but the majority are, in fact, fans. Of course, their streaming habits have been eating into live sports viewing, social media has changed the way they consume sports content, and their increasing occupation with gaming and esports has been said to be stealing their attention—so their fandom doesn’t always look exactly like it did for previous generations. However, YPulse research shows 53% 13-39-year-olds are watching sporting events monthly, while 78% follow a sports league of some kind.

But what leagues are managing to reach them, and win them over? YPulse’s exclusive youth brand tracker recently launched a new Sports League industry to track Gen Z and Millennials’ affinity for the biggest, and up-and-coming, sports franchises, including traditional sports, esports, as well as domestic and international leagues. For brands in the industry, this data shows if their efforts to gain (or keep) young fans are succeeding, and for those outside the sports world, these are valuable indicators of what leagues and athletes to partner with to best connect with young sports fans. We ask young consumers about their feelings for over 400 brands, across 20 different youth-specific diagnostics. Those scores are rolled up into an overall YScore+ measurement that shows what brands are performing best among young consumers. Today, we’re letting you in on the top 15 sports leagues winning over Gen Z and Millennials with a ranking of those with the highest YScore+ among 13-39-year-olds:

The Sports Leagues with the Top YScore+ Among Gen Z & Millennials

Let’s start at the beginning: The NBA is the top sports league with the highest YScore+ among Gen Z and Millennials outpacing the others, followed by the NFL. YPulse’s annual sports survey also shows that these are the two top leagues that Gen Z and Millennials say they follow, with 35% saying they follow the NBA and 39% saying they follow the NFL. But the NBA outpaces the NFL in terms of brand affinity. There may be some seasonality at play here: The NBA finals just finished up this week, with the Milwaukee Bucks taking home the championship. Prior to the final games, the league certainly did their part to reach young users on social: The sponsored hashtag #nbafinals received 1.2 billion views on TikTok. And as young fans continue to show their interest in more diverse and inclusive marketing, there’s also a lot of excitement and hype building around the upcoming NBA2K video game, which will feature WNBA player Candace Parker as the first woman to grace the cover. (The WNBA appears a little lower taking the eleventh spot in their rankings). Of course, there has also been the recent success of the nostalgia-filled Space Jam: A New Legacy, which stars LeBron James and premiered simultaneously last week in theaters and on HBO Max. When we asked young consumers what movies they planned on buying tickets to this summer, Space Jam: A New Legacy was ranked third—and it ended up beating Marvel’s Black Widow at the weekend box office, bringing in $31.6 million—surpassing the initial prediction of $20 million.

But there is evidence that affinity for the NBA is stronger than the NFL even outside of the finals and Space Jam frenzy. Our sports survey also shows that LeBron James is Gen Z and Millennials’ favorite pro athlete and three of the top five athletes are basketball players. A signal that the NBA hosts the talent and personalities that young consumers are more likely to be paying attention to. While several football players did make the top 20 of that ranking, they were not as likely to be mentioned.

But the NFL takes the second spot on the top YScore+ ranking among Gen Z and Millennials. Despite some initial controversy surrounding the league ahead of the start of last season, affinity for the brand is still strong. And while the league has been criticized in the past for how they treated former San Francisco 49ers quarterback Colin Kaepernick after he peacefully protested police brutality, they have been attempting to take steps to show young football fans that they are more progressive. Earlier this month, after Las Vegas Raiders’ defensive lineman Carl Nassib became the first active NFL player to publicly come out as gay, the league swiftly showed their support for him across social media. And just like the NBA, they have turned to sponsored hashtags to gain traction on social media on platforms like TikTok to stay connected with their young fans.

It’s significant that UFC ranked as the third sports league, beating out more traditional sports franchises like the MLB, Premiere League, and NHL. The mixed martial arts league. YPulse’s Scouting Next Gen Sports Fans research found that young sports fans are just more interested in competition than non-fans, regardless of the form that competition takes. Our research shows that they’re more likely to be watching and to be interested in watching competitions of all kinds, and clearly a sport does not need to be traditional to win them as fans.

Which brings us to esports. YPulse’s sports league industry in the brand tracker includes several esports leagues—and two of them made the top ten ranking here.

League of Legends Championship and Major League Gaming take the ninth and tenth spots, while Overwatch League takes the 13th. While they’re not outpacing the affinity scores of the likes of the NFL and NBA, their relatively high ranking should be a sign that all brands need to pay attention to esports. YPulse data shows that 59% of 13-39-year-olds are interested in esports—and that sports fans are actually more interested in esports than non-fans.

And our sports league brand tracking data indicates that esports are even more successful among Gen Z. When we compare top leagues for Gen Z and Millennials, esports leagues score even higher among the younger gen: 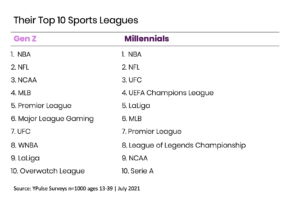 Looking at the generations’ rankings, the NBA and NFL both rank as their top two sports leagues, but we start to see the differences further down the list. Gen Z ranks the NCAA as their third league, which could possibly be attributed to them feeling more connected with the younger athletes, while the UFC takes the third place for Millennials. Esports leagues appear in both of their rankings, but Major League Gaming is at number six for Gen Z, while The League of Legends Championship appears on Millennials’ list at number eight. And there are two esports leagues in Gen Z’s top 10 (Major League Gaming and Overwatch League) compared to one in Millennials’, showing that while both generations are leaning into esports, Gen Z is more invested in esport leagues. 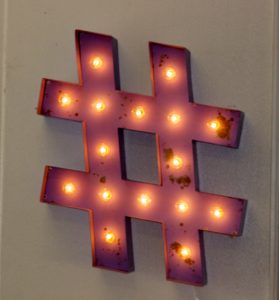 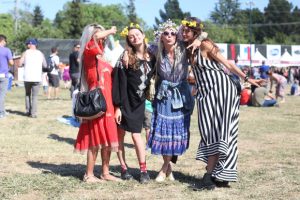