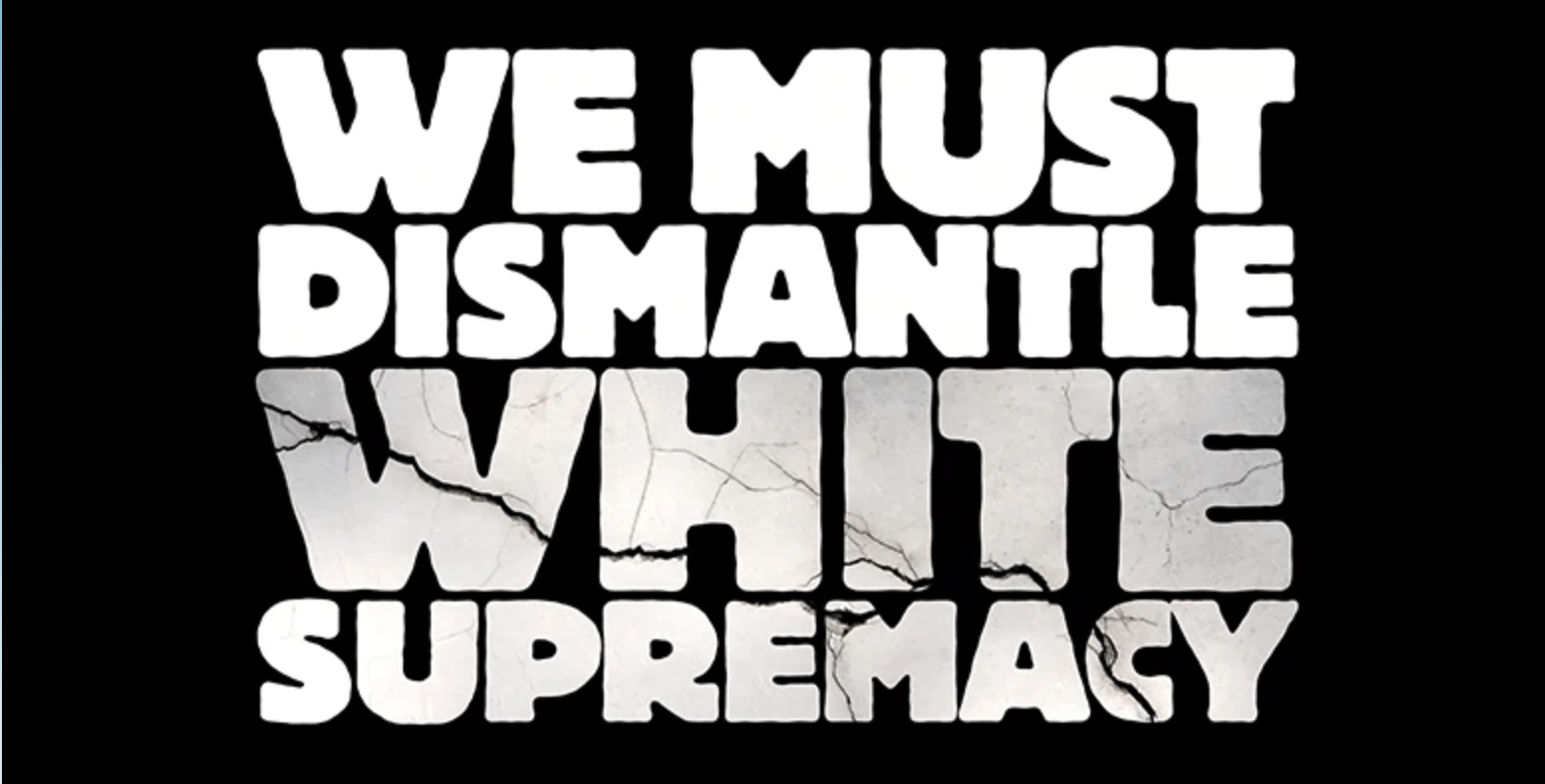 In response to #BlackLivesMatter: Blackout Tuesday backfires for some brands and influencers, Ben & Jerry’s is telling white American to dismantle white supremacy, K-pop fans are drowning out racists with fan cams, and Signal has a moment with young protests—plus more stories and youth news you shouldn’t miss this week… 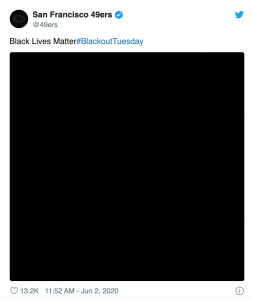 The #ShowMustBePaused initiative was started by Atlantic Records executives Jamila Thomas and Brianna Agyemang to observe “the long-standing racism and inequality that exists from the boardroom to the boulevard” in the industry through a social media “black out.” Companies like YouTube, and Amazon, Apple Music, and Spotify stepped up to participate with special playlists and moments of silence. The idea was quickly adopted by the public as and became known as Blackout Tuesday, as social media users, and many, many. celebrities posted black squares to show support of #BlackLivesMatter—which is when it all began to go wrong.  While the effort was praised by some, it was met with backlash as users pointed out that using the #BlackLivesMatter hashtag was “drowning out vital information shared under the BLM hashtag.” It was quickly suggested that those participating in the backout avoid using vital tags and find other ways to help, whether donating or pointing followers to “helpful” resources. Meanwhile, some brands and groups who posted were called out for not being true supporters of the cause. The San Francisco 49ers, in particular, received backlash for sharing the black square on Twitter (in a post that got more than 9.9K comments) as NFL fans and others bashed the team who kicked off former quarterback Colin Kaepernick after “taking a knee” protesting police brutality in 2016. Other celebrities, were criticized for “performative activism”—like Emma Watson after she seemingly altered her squares to fit her Instagram aesthetic. Many young consumers have said that celebrities and influencers with large followers either need to show their support for the Black Lives Matter movement, or not post at all if they plan on sharing “off-topic” or self-promotion content. YPulse found that 59% of Gen Z and Millennials who think brands should be involved in Black Lives Matter want them to make a social media statement, 58% think they need to donate to related funds or racial justice organizations and grassroots groups. 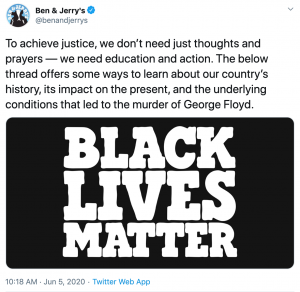 As brands continue to step up to show support for the #BlackLivesMatter movement, some have faced criticism. Even Nike’s ad has been called both “empowering” and “exploitation” by consumers. But Ben & Jerry’s is being praised for taking a different approach and calling on white America to “acknowledge its privilege.” In the ad (which received more than 310.8K likes on Twitter), which they unveiled across all their social channels, the words “We Must Dismantle White Supremacy” is plastered across a black background. Shortly after the it went live, director Jordan Peele praised the brand, and even gave his favorite ice cream flavor a shout out, in a tweet that also went viral. A few days later, Ben & Jerry’s released another statement on Twitter (that got 12.5k likes) which read “Black Lives Matter” and with a caption that said: “we don’t need just thoughts and prayers—we need education and action.” In general, Ben & Jerry’s is a master at viral marketing—and has been exhibiting “corporate activism” for decades. The ice cream brand isn’t the only one to receive praise for its approach and respond to the Black Lives Matter movement and protests. Despite some backlash from some parents for “scaring children,” many young users praised Nickelodeon for its nearly 9-minute “I Can’t Breathe” commercial that honored George Floyd saying that it is an “important message for kids to hear.” Lego garnered praise for donating 4 million dollars to organizations supporting Black children, and announcing that they will be removing any marketing for toy sets that include police figurines or are based around a police theme. 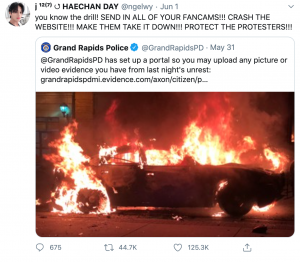 In response to #BlackoutTuesday, some Instagram users started the #WhiteLivesMatter hashtag—but K-Pop fans had other plans to drown out racist posts: flooding it with fancams. K-Pop fans mobilized in a similar way to disrupt the Dallas Police Department’s use of iWatch Dallas, which many are referring to as the “police snitching” app. The next day, Dallas police tweeted that due to “technical difficulties,” the app would temporarily be shut down. The fans also targeted the Grand Rapids Police Department who set up a portal for users to submit “video evidence of crime in downtown during protests” after Twitter user @ngelwy called attention to their police department’s account telling followers that they “know the drill” to “protect the protestors” (in a post that got 125.3K likes). And of course, they didn’t disappoint. The department’s original tweet (which has now more than 6.1k comments) was flooded with videos of K-pop groups, as well as Nicki Minaj lyrics, plus videos that “appear to show police instigating violence.” Earlier this week, massively popular K-pop band BTS released a “rare” statement (to their 26 Twitter followers) in solidarity with the Black Lives Matter movement stating: “We will stand together.” The tweet amassed 1.8 million likes. 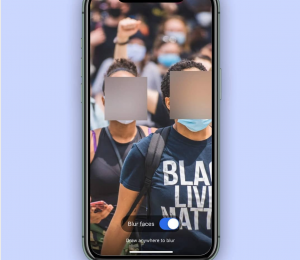 YPulse found that 55% of 16-34-year-olds have participated in #BlackLivesMatter protests or awareness—and to protect themselves while protesting on the streets, young activists have been downloading free encrypted messaging app Signal in droves. According to Apptopia, the app was downloaded 37,000 times over the weekend, “a record” for the service, and since the end of May, it has been downloaded 121,000 times in the U.S. alone. The app came out in 2014, but is clearly having a moment among young protesters who want to keep their messages secure. While there was concern whether the police could access it, the platform features disappearing messages—meaning that if it was seized by law enforcement, they would only be able to see the most recent messages, but not all of those ever sent or received. This week, to protect young users even further, Signal rolled out a “built-in blurring” tool for photos taken during protests. 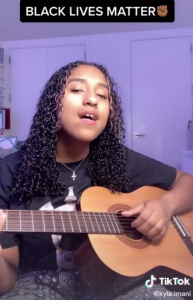 #Blackmusic is trending on TikTok as the platform recognizes Black artists and creators who have changed and shaped the culture.

The cast of Brooklyn 99 donated $100,000 to the National Bail Fund Network—and other “TV cops” are calling for other actors who portray police officers to step up and show support for the protests.

Someone edited the final battle scene from The Avengers: End Game to match the real-life protests.

Instagram users are calling for the app to make the “swipe up” feature more accessible so that everyone can share helpful #BlackLivesMatter resources.

Hello Fresh cut its partnership with Glee’s Lea Michele after former co-stars accused the actress of racism and mistreatment on the set.