Black TikTok Creators Are on Strike On the Viral List 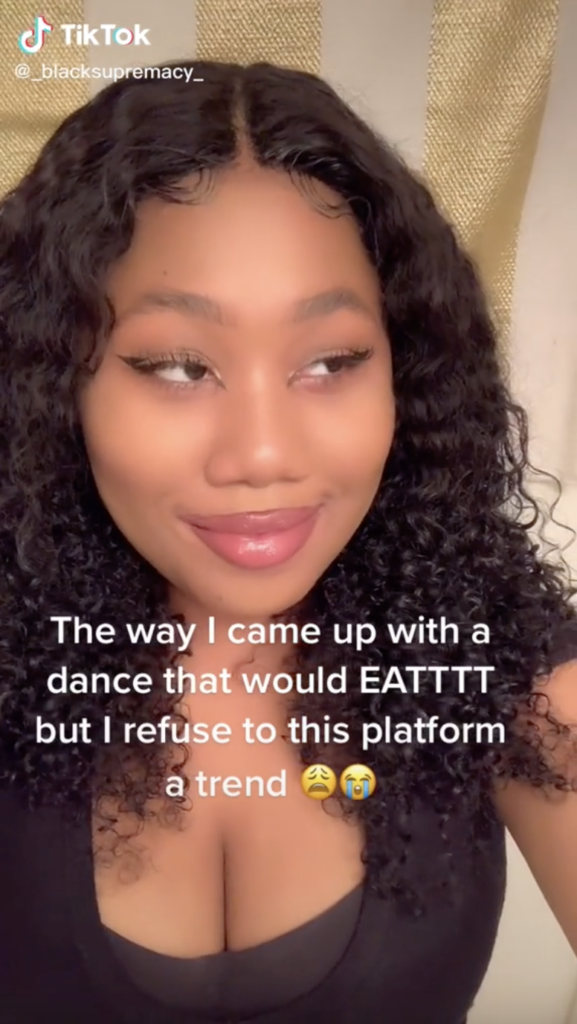 Last week, Megan The Stallion released her new single “Thot Shit,” which has been featured in more than 33K TikTok videos and has nearly 13 million streams on Spotify. It’s a total banger, just like all her other hits that spark cultural trends, but unlike her “Body” music video, “Thot Shit” hasn’t spurred a new dance trend—and it’s intentional. Black creators are refusing to choreograph a dance to the track, instead posting videos about how they won’t be starting a trend for it, to dispel TikTokers from capitalizing on more choreography originating from the Black community. TikTok creator Capkenknuckles responded to the strike in her video explaining: “We’re not making a dance for ‘Thot Shit.’ Sorry. We’re just gonna let them keep flailing,” talking about non-Black creators making up their own dances to the song. Black TikTok creators @theericklouis and Jazmine Moore have posted videos mimicking TikTok users who have (poorly) attempted to create their own dance trend for “Thot Shit,” and Moore notes: “We contribute to the app so much that now people are slowly realizing that not every popular [influencer] is creating these things…it really does show that even when Meghan was giving instructions, they really didn’t know what to do without our help.” Meanwhile, videos commenting on the strike and the lack of a good dance are going viral themselves: TikToker @astrogirl13578’s video with the message “me confused on why all the thot shit dances do everything but what she’s telling y’all to do??? Like she says hands on your knees and it’s simply not clicking for y’all”  has 1.1M views, and user @itsskeonluv29’s video, which shows the TikToker imitating the non-dance videos being created for the song with the caption “Yt People under this sound because a Blk Person didn’t make a dance yet” currently has 1.6M views. YouTuber and TikTok creator Skai Beauty posted a dance to “Thot Shit” choreographed by her and TikToker @sir.rez, which has received overwhelming praise, but many have commented saying they’re worried that Skai Beauty’s choreography will be stolen without proper credit. Lizzo also posted a video under the song’s audio asking people to “tag their favorite black dance Tiktok creator and choreographer.” The strike comes at a time when dance trends to songs like “Renegade,” “Savage,” “WAP,” and more have gone uncredited by non-Black creators on TikTok who end up generating viral success from their versions of the trend. Addison Rae Easterling and The Tonight Show Starring Jimmy Fallon were called out after airing a segment where Easterling taught Jimmy Fallon the moves to eight popular TikTok dances that Easterling has become known for, failing to credit the Black choreographers behind the dances. Mya Johnson, the TikTok creator behind the dance to Cardi B’s “Up”, which Easterling performed on the show, spoke out after not receiving credit for her dance moves saying, “I feel like it is very important for us to get our credit because we are very good creators that are very overlooked in what we do…This isn’t the first time this has happened and I don’t want it to continue.” The “Thot Shit” strike on behalf of Black creators is not an effort to protest white creators dancing on TikTok but to shine a light on the culture that’s been created on the app where white people continue to profit off Black talent. 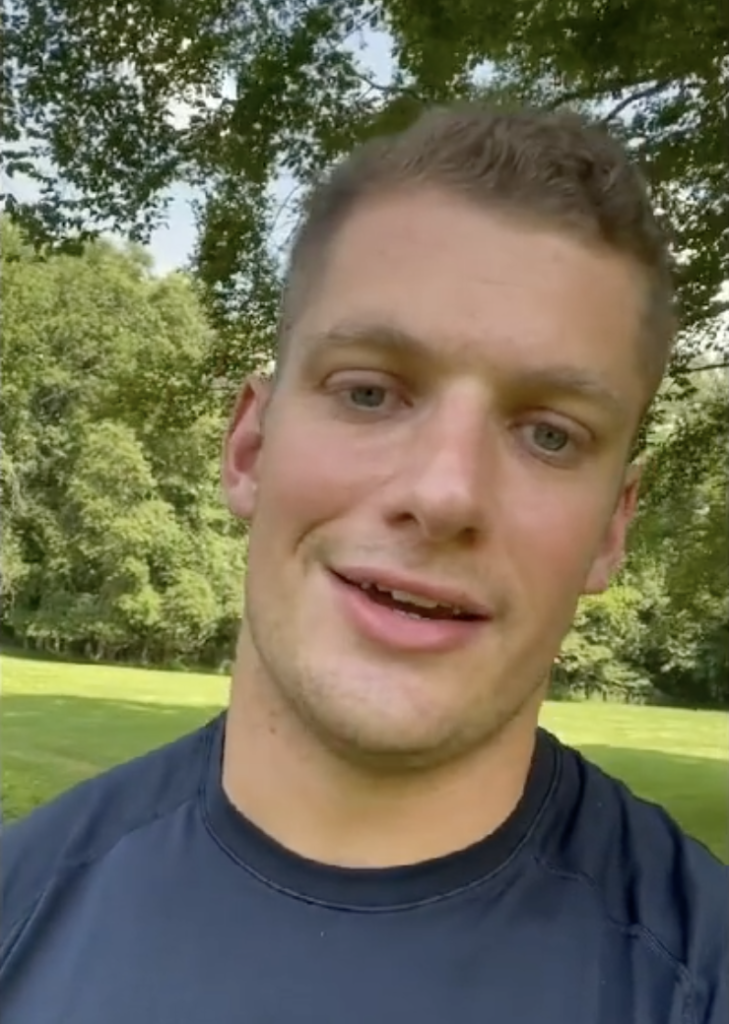 On Monday, Las Vegas Raiders’ defensive lineman Carl Nassib came out as gay on Instagram, making him the first active NFL player to publicly come out. In an Instagram post, which received 728K likes, he said: “I just think that representation and visibility are so important. I actually hope that one day videos like this and the whole coming-out process are just not necessary, but until then I’m going to do my best and my part to cultivate a culture that’s accepting, that’s compassionate.” He also announced that he would be donating $100K to The Trevor Project. The 28-year-old football player, who also said that he “agonized over this moment for the last 15 years” thanked his coaches, teammates and the NFL for their support. On Twitter, the Raiders quickly showed support for Nassib by tweeting “Proud of you, Carl” in a post that received 41.2K likes and 4K retweets, while the league also tweeted their support for Nassib, garnering 5K likes and 992 retweets and replied “We’re proud of you, Carl.” On Instagram, receiving over 9K likes. Then, Nassib made headlines a second time this week when his jersey became a top-seller across the league on Fanatics in the wake of his announcement. 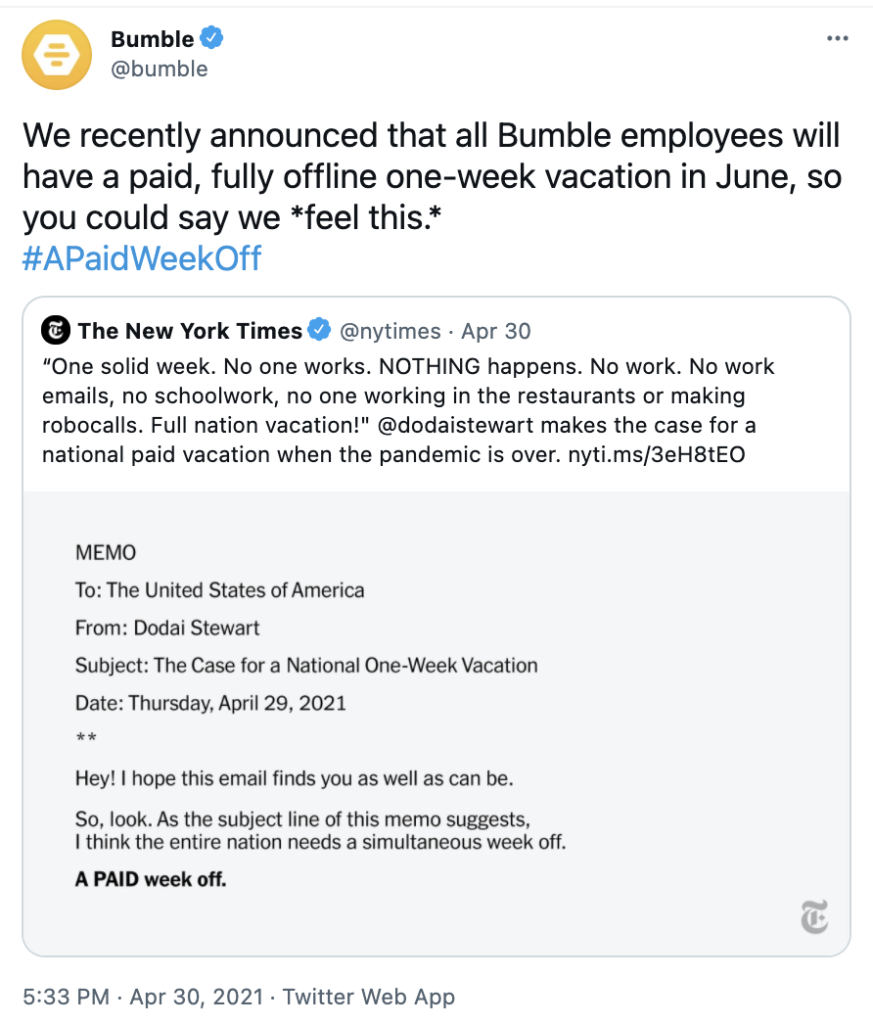 Bumble was all over social media and the news after the app’s founder and CEO Whitney Wolfe Herd gave Bumble’s 700+ employees off this week to celebrate their commitment during more than a year of working during a pandemic. Bumble said in a statement, “our global team has had a very challenging time during the pandemic…as vaccination rates have increased and restrictions have begun to ease, we wanted to give our teams around the world an opportunity to shut off and focus on themselves for a week.” Many employees have posted on social media in praise of Herd’s decision including Bumble’s Head of Editorial Content Clare O’Connor saying that Wolfe Herd had “correctly intuited our collective burnout.” The paid vacation week was originally announced on Twitter in April. Now, Hootsuite is following Bumble’s footsteps, and the social media management platform is rolling out a company-wide “Wellness Week” next month. In late April the New York Times published an opinion piece from Dodai Stewart making the case for a national one week paid vacation when the pandemic is over. (Which Bumble retweeted this week.) Burnout is not exclusive to Bumble, and the idea that it’s important for organizations to address employee burnout after more than a year of working from home is potentially gaining steam. 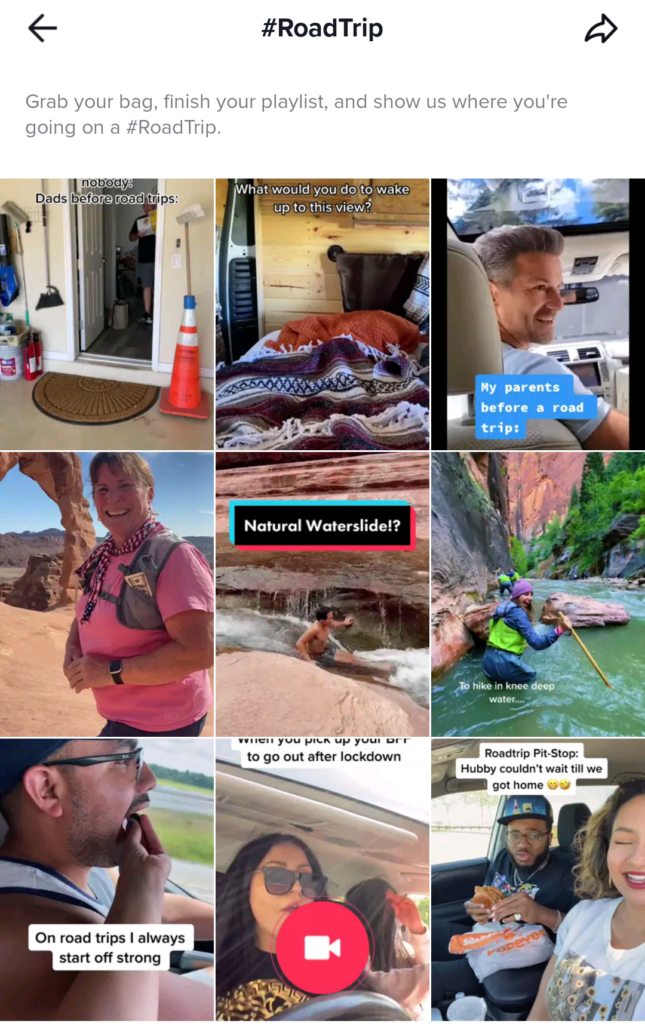 #RoadTrip is trending on TikTok

YPulse predicted that 2021 will be a big year for travel as people get #vaxxed and (slowly) return to a state of “normal”—and if social media is any evidence, we were right. This week #RoadTrip on TikTok has amassed more than 4 billion views as people share their dreamy summer adventures. TikTokers are documenting every little moment of their trips: from clips of their dads packing up the car to the tune of The Home Depot theme song track, to videos of friends jamming out in the car, to the scenic views during their drives, up to their final destinations. One of the most viral clips with 1.5 million views is perhaps the most random road trip of a TikToker who traveled to Felicity, California where the population is two people. Some are even going on month-long trips across the U.S. in their cars. And of course, the most veteran travelers of them all (a.k.a. van lifers), are sharing their best tips for living the best #vanlife possible. 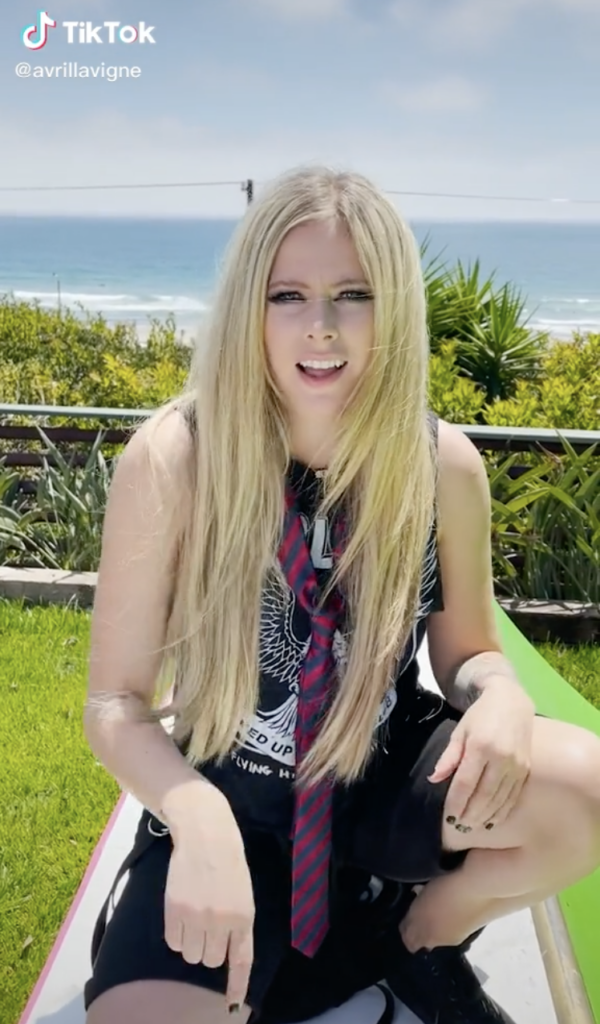 Disney’s live-action adaptation of Snow White has cast its heroine.

#MyColoredHair is trending on TikTok with 146.6M views

Tabitha Brown—the vegan influencer known for her recipes and words of wisdom on social media—now has her own McCormick spice blend: Sunshine All Purpose Seasoning

Microsoft unveiled its plans for Windows 11 this week, and it’s integrating the Xbox Game Pass app which will basically turn every PC into an Xbox Series X

North America
Hinge’s West Elm Caleb Is The Real-Life Tale of “John Tucker Must Die,” on The Viral List
Women on TikTok are sharing their stories about a serial dater they met on Hinge, you...
North America
Pretty Much Everyone Is Playing Wordle on The Viral List
Wordle (no, it’s not an app) is the new Words With Friends, the Golden Globes Awards ...
Western Europe
How Young Europeans Are Following Pop Culture, in 2 Charts
We asked Gen Z and Millennials in Western Europe where they're getting their p...