Brands shouldn’t be sleeping on Snapchat marketing, and these four campaigns show how some are tapping the platform during a year of massive growth…


This year, TikTok has become the darling of youth marketing. But while the app may be getting a lot of attention, that doesn’t mean others haven’t been thriving. In fact, this has been a year of major growth for multiple social platforms—and brands shouldn’t be leaving them in the dust. YPulse’s social media monitor and marketing report found that Snapchat is one of the top social networks that young people are currently using—and that use among 13-39-year-olds has actually exploded this year, especially among Gen Z. Our look at the social platforms that have gained and lost young users in 2020 shows that 65% of 13-19-year-olds reported using the platform in August, compared with 55% in January, and 52% in September 2019. This growth mirrors the company’s own reports: Last month, Snap announced that their daily active users rose 14% compared to last year, reaching 249 million at the end of September—surpassing analysts’ initial expectations of 244 million. They posted an all-time quarterly record revenue of $679 million—up 52% compared to last year, and again, “blowing” past the estimated $549.99 million.

Many new features have contributed to the app’s growth. In September, they launched an AR filter that morphs users into anime characters, which quickly began to trend among young users. The hashtag #animefilter even started trending on other social platforms like Twitter and TikTok, where it currently has 211.4M views. Snap confirmed that their newest filter offering was indeed a “huge hit” among their users—and reported that it was downloaded a whopping 3 million times in the first week of its debut. Snapchat also used this year’s election to their advantage: They played a hand in getting one million people to register to vote ahead of November 3rd (65% of whom were Gen Z)—and they teamed up with TurboVote to launch voting tools, and roll out PSAs and original content to get young voters amped up, and brought back their popular dancing hot dog filter for the campaign. Social shopping has also picked up on the app: Snapchat partnered with shopping platform NTWRK to develop social series “The Drop,” which gives young viewers the chance to buy and choose from “exclusive streetwear collabs” by celebrities and designers.

Clearly, though there are newer players stealing some spotlight, Snapchat should still be a priority for marketers trying to reach young consumers. In June, they announced that they would be expanding brand deals with Disney, NBCUniversal, ViacomCBS, NBA, and NFL, and teased the roll out of new features to help with advertising—including AI-powered lenses, mini apps, and other real-time features to give brands new ad opportunities. Here are four campaigns that show how brands can be using the platform to reach young consumers: 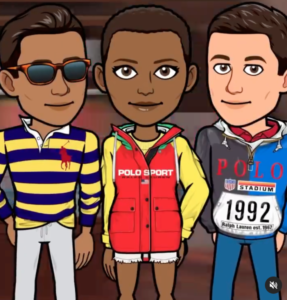 In August, Ralph Lauren launched a clothing collection on Snap’s Bitmoji. As young shoppers create retail’s new reality, the fashion company and Snap teamed up for a “first-of-its kind” long-term partnership to create digital clothing pieces to be “worn” on Bitmoji, and for users to purchase online and in real life. The collection features twelve pieces, including a rugby shirt, racing jacket, and double-breasted navy blazer. To see what the outfit looks like on their avatars, users can use 3D Bitmoji Lenses. The dressed-up avatar will appear throughout Snapchat on the chat function, games, Snap Map, and of course, Bitmoji Stories. This week, the luxury brand and Snapchat announced their second collaboration, which introduces several new ways for consumers to shop this holiday season. Using Snap’s technology, users will be able to scan the polo player logo on clothes, a site, or a shopping bag. The scan will generate an AR experience with a lens “depicting” Ralph Lauren gift boxes with red ribbons. From there, they will see an animated version of the logo and then take a photo with the ribbon to send to friends. After the holidays, the lens will change throughout the year. While Ralph Lauren was the first brand to debut a collection via Bitmoji, Nike’s Jordan Brand followed in their footsteps by marketing their new Air Jordan XXXV sneakers and other sportswear like tops and bottoms on Bitmoji for users to dress their avatars in. 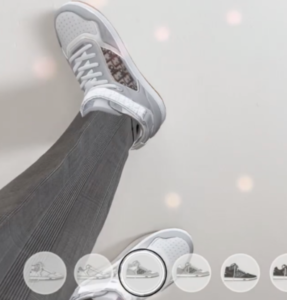 At the end of October, Dior unveiled its B27 sneaker with an AR lens on Snapchat that allowed users to virtually try-on and purchase the shoes. The luxury brand showcased six styles of the men’s sneakers, which range from $990 to $1,100, on its Snapchat profile and website. Dior describes the B27 sneakers as an “urban, sporty and refined line” whose inspiration includes “the vintage look of ’80s tennis shoes to the skateboarding universe.” The purpose of the immersive experience is to engage “passive browsers” on mobile devices and potentially turn them into active buyers around the holiday shopping season. YPulse’s social media marketing and monitor research found that 73% of Millennials would be open to buying products on social media, while 63% of Gen Z say they are. We told you how brands need to come up with an augmented reality plan to reach young consumers especially as digital-only clothing and beauty AR filters have taken off in recent months, and branded AR in particular has blown up during the pandemic. 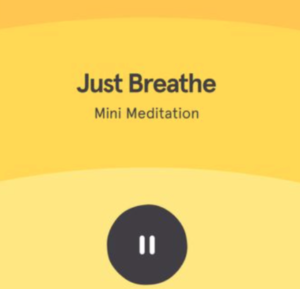 As a way to support young people’s mental health during this time, Snapchat and Headspace rolled out a Mini meditation app over the summer. Snap’s Mini apps, which serve as “miniature apps,” are made by third-party developers and live inside of Snapchat to create more social experiences between friends. The social network debuted their Headspace Mini app, which will include six 3-to-4 minute long meditation sessions with themes like “Just Breathe,” “Get Out of a Funk,” “Kick the Panic,” “Be Nice to You,” “Pressure to Succeed,” and “Me Time.” This isn’t the first time Snapchat has offered mental health tools: At the start of the outbreak, they launched their Here For You tool early to assist young users feeling anxious about COVID-19. 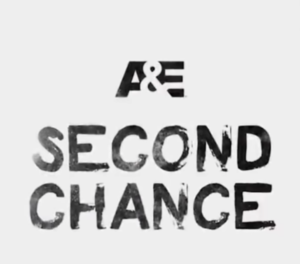 With more and more young viewers cutting the cord and turning away from cable TV, networks are getting creative to keep their interest. A+E Networks, who owns channels like A&E, HISTORY, Lifetime, LMN, FYI, Vice TV and BIOGRAPHY “doubled down” on a digital strategy with Snap aimed at targeting new fans. The company says it has found success in reaching new, “younger-skewing audiences” by expanding its distribution of free five to eight minute clips of select TV show franchises on Snapchat. According to A+E Networks, the free content has drawn “millions” of unique viewers for their unscripted and reality series like History’s Kings of Pains and Forged in Fire as well as Lifetime’s Bring It! Most users are far younger than its average TV viewership: On Snapchat, 79% of the users who watched the Forged in Fire clips were under 24-years-old, while 73% of Kings of Pain and 66% Bring It! Viewers have fallen under that “youthful bracket.” Additionally, the A&E channel has teamed up with Snapchat to produce original, unscripted series: The first show, “Second Chance,” will bring “emotional exes face to face to explore the breaking point in their relationship for the first time.”