That Snapchat Hot Dog is on The Viral List

Snapchat’s break-dancing hot dog is the new king of the internet, watermelons are the star of summer 2017, an office email on mental health is going viral, and more stories that are trending on the interwebs this week…

The Break-Dancing Hot Dog That Took Over the Internet

In case you missed it, a break-dancing hot dog took over the internet this week. The animated food came from a new augmented-reality Snapchat filter that allows users to place the character in any situation to dance and perform tricks—and many are turning it into a viral meme. In one viral tweet, the hot dog is dancing at a store before being taken away in a cart, generating over 76,000 retweets and over 120,000 likes. Over on Instagram, a post of a cartoon imagining what life is like for the dancing hot dog’s family generated over 190,000 views. The fascination even extends into Reddit, where a conversation on what song the talented hot dog is dancing to is garnering buzz.

The Summer of Watermelon

Is watermelon the emblem of Summer 2017? According to a collage of watermelon accessories pulled from Instagram by fashion journalist Ana Kinsella, it is—and evidence is mounting. Fashion influencer @manrepeller sported a watermelon purse, watermelon makeup looks are taking over Instagram feeds, and a watermelon dress challenge is spreading. Twitter users are carving dresses out of the fruit and then creating an optical illusion by placing the fruit fashion over a far-away person to show it off. Even Ryan Seacrest has joined in on the fun, generating over 500 likes on Twitter. Then there’s #Watermelonbae: a woman who showed off her mesmerizing, and intensely quick, watermelon slicing skills on Instagram, earning over 25,000 views. 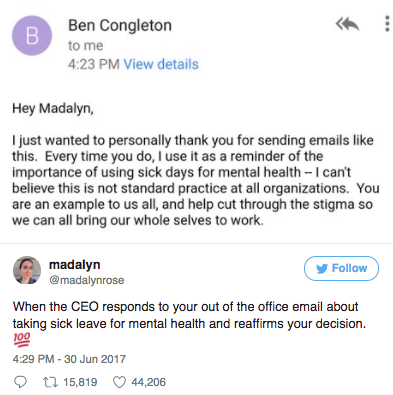 A CEO’s response to an employee taking a mental health day went viral this week. A web developer recently sent out an email to her office explaining she was taking the day off to “focus on [her] mental health.” Her CEO unexpectedly responded, “I just wanted to personally thank you for sending emails like this…you are an example to us all, and help cut through the stigma so we can all bring our whole selves to work.” The exchange was posted to Twitter bringing in over 40,000 likes and over 15,000 retweets, with even Sheryl Sandberg sharing the post. Our recent trend In Their Heads revealed that over nine in ten 13-34-year-olds agree that taking care of your mental health is just as important as taking care of your physical health. 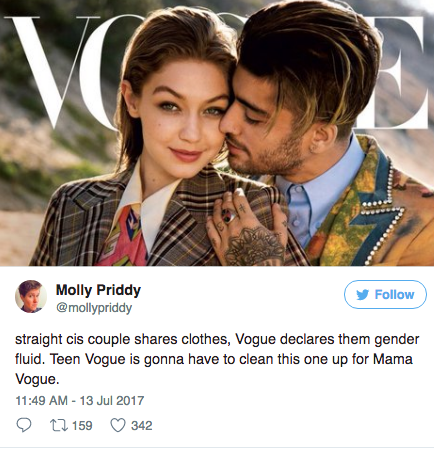 Vogue’s attempt to join the gender-fluidity conversation has backfired. The recent August issue describes real-life couple Gigi Hadid and Zayn Malik as “part of a new generation embracing gender fluidity,” highlighting an exchange about wearing one another’s clothing as proof. But many took to the internet to point out that featuring a straight, cis couple who experiments with clothes to represent gender fluidity misses the point. One tweet with over 2,000 likes explained, “Think Vogue is a bit confused on what gender fluidity is! Wearing your gf’s T-shirt does not make you gender fluid.” 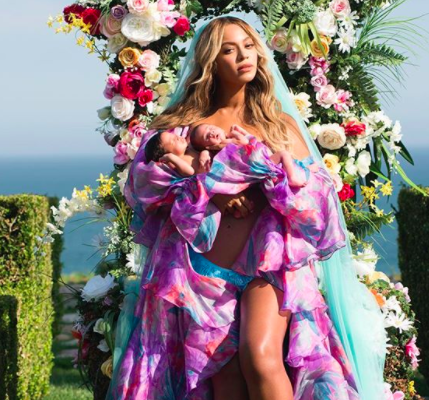 Cards Against Humanity launches a new girl-focused version of their game, drumming up attention from the internet, a much-delayed Tinder meet up went viral and the app has offered the pair a first date in Hawaii, and Beyoncé has finally graced the internet with the first public photo of the twins.