3 Trends That Will Be Accelerated Because of Coronavirus

YPulse is carefully monitoring COVID-19’s impact on young consumers and how brands can respond. We’ll be providing new data and insights for you weekly to cope with the crisis, including special reports, exclusive data on Coronavirus and the next generations, and actionable insights on what brands need to be doing now – and next.

You can access everything here on our young consumers and COVID-19 hub.

Before the pandemic, these trends were already reshaping Gen Z and Millennials’ behavior. Now, they’ve been accelerated by the crisis…

After weeks of monitoring the immediate impacts of COVID-19, we’re increasingly looking at the future and delving into what comes next. Many are wondering what lasting changes have been created by the pandemic. The Coronavirus crisis, quarantines, and economic fallout could mean permanent changes in the way we entertain ourselves at home, the food we shop for (and how we shop for it). It could change what we wear, and where we wear it. Early on we began to consider how Gen Z might be forever changed by the crisis, and YPulse is continuing to explore the post-Corona realities of young consumers’ lives in depth.

Some of what the future holds for Gen Z and Millennials (and those trying to reach them) have their roots in the pre-COVID world. The last few months, with the majority of young consumers quarantined and dealing with significant stressors, have acted as a pressure cooker for trends that had already been developing. Our data shows that TikTok, which had been seeing impressive growth through 2019, has seen massive gains in the last two months. Esports, which has been slowly moving into the mainstream for years, is suddenly the focus of major sports leagues and media, with viewership seeing monster gains. Live streaming, which had just begun to reshape entertainment for young consumers, has quickly become a necessity for entertainers, media brands, and influencers during this time.  Here are three more trends that have been accelerated by Coronavirus, and will be more important than ever before: 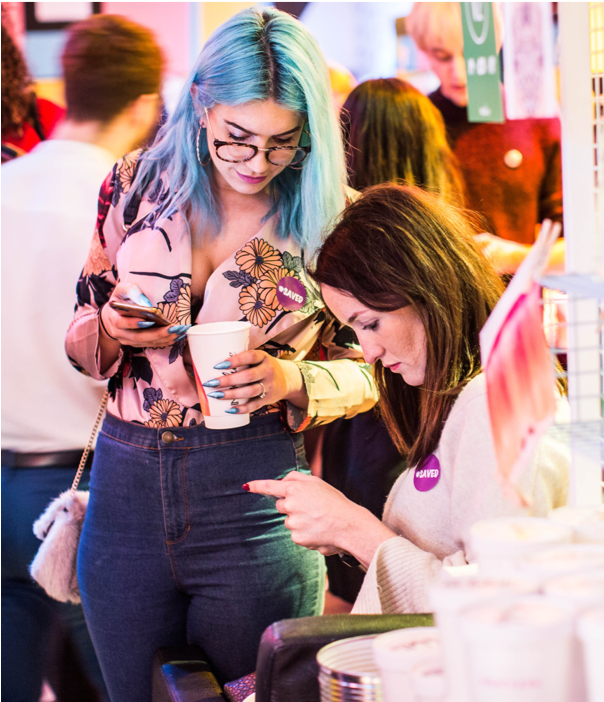 The current state of retail, with stores shuttered and in-person shopping a near impossibility for many, is unprecedented for Gen Z and Millennials. But the retail apocalypse has been happening for years, and smartphone-empowered young consumers had already been trained to see the whole world as their showroom—a trend we explored in our Shoppability research. In the years since, social media has only been getting more shoppable, with increasing tools from the major platforms to allow users to buy what they see – often without leaving the app they’re in. Young consumers have been primed to shop on social media, with half already browsing social media to find things they want to buy and the majority saying they are interested in being able to purchase items directly from social media feeds. Now, social shopping is becoming the focus for many brands, for obvious reasons—and the trend is accelerating. TechCrunch reports that Instagram has teamed up with ChowNow to make food “shoppable” during the pandemic, adding “Order Now” buttons and stickers on local restaurants’ photos and stories. Meanwhile, TikTok is rapidly rolling out commerce tests, and according to Business Insider, Levi’s and other brands are finding early success selling products on the app.  Levi’s is one of the select brands chosen as a TikTok partner to beta test the app’s upcoming “Shop Now” feature—and they’re reporting high engagement and increased site traffic. To drive that traffic, they partnered with various TikTok influencers who used the brand’s laser-powered 3-D customization technology to design their own denim. While the project began pre-pandemic, its launch coinciding with quarantine likely helped draw views on TikTok as well. 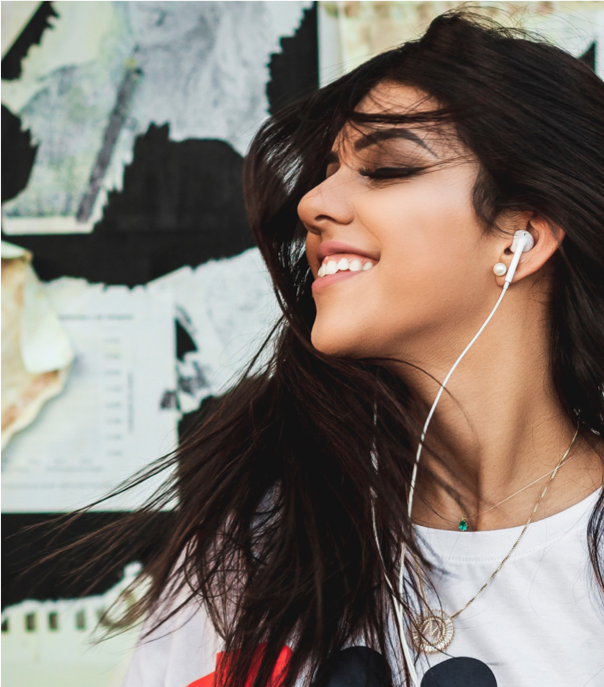 Before the pandemic, young consumers were already using content as medicine, tuning into specific shows, videos, movies and more as an intentional mood-altering fix. Growing up in a media-rich, on-demand time when they’re able to choose whatever they want to watch, these young consumers have been using their moods as a guide and intentionally turning to content to treat their stress, and more. Whether watching a familiar sitcom when they’re feeling lonely or their favorite drama when they need to tune out the world, young consumers are using different types of programming as a prescription, and content as a cure. Now, that stress and anxiety feels more intense than it was before, and media like shows, videos, movies have been a go-to part of their coping. Our COVID special report on entertainment found that 67% of 13-39-year-olds are watching uplifting and positive content during quarantines, and over half reported that they would be watching TV series and movies on streaming services to take care of their mental health during the crisis. As young viewers’ media consumption was significantly impacted at the start of the pandemic, YouTube saw a surge in views, and, according to a survey from the Channel Factory, 80% of consumers have been going to YouTube to improve the mood they’re in. Pure content, which was already an escape for anxious young consumers, has been thriving during the pandemic, with social channels and new content that is focused on providing good news gaining followers and views. Though quarantines will eventually be lifted, young consumers feel that the future looks bleak, and their anxiety has only increased. Turning to media as medicine is not only something they will continue to do, they’ll likely be doing it more often and be looking for more uplifting content for escapes. 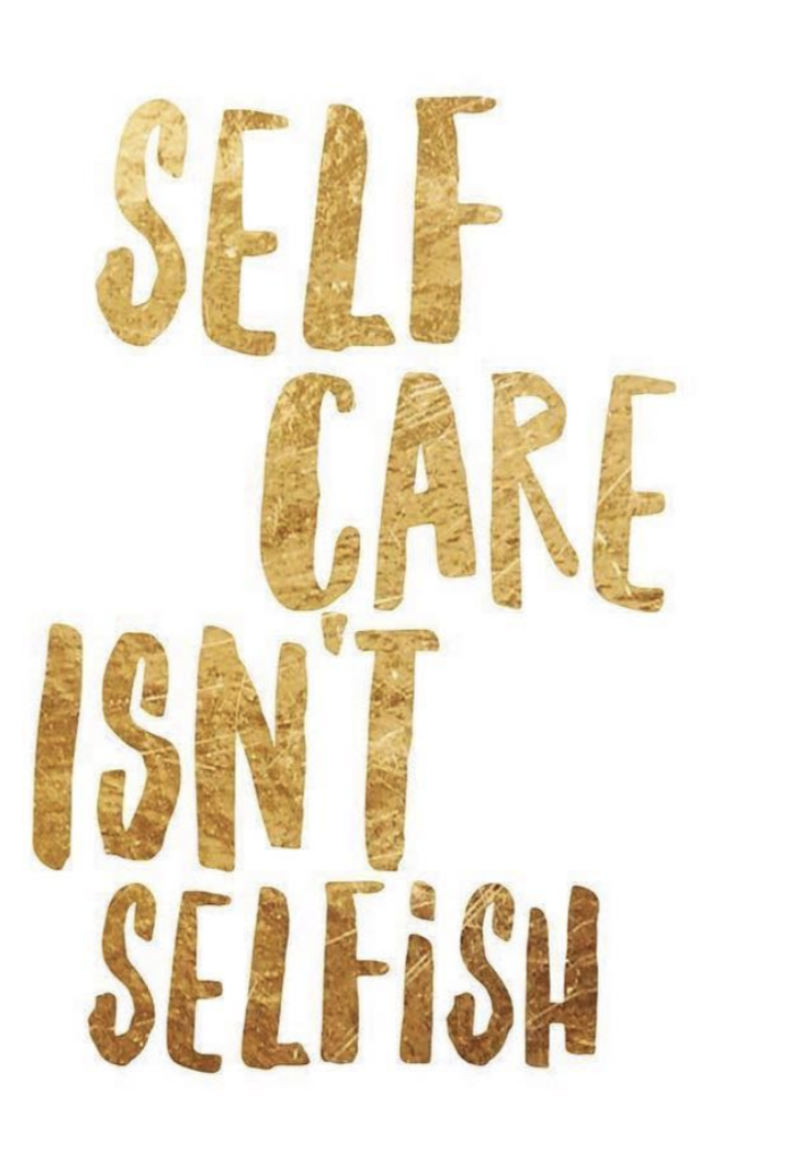 In the last few years, “Treat yo’self” has become a motto among young consumers who might need the extra encouragement to splurge. Indulgences are being excused and encouraged with the idea that they deserve a little boost—and that it’s good for their mental health. These generations, shaped by the Great Recession, have always had a complicated relationship with spending. In 2018, well before the current economic crisis, almost seven in ten 13-36-year-olds told us that they felt guilty spending money. With a recession mentality baked into them at a young age, spending on things they don’t need can still feel “wrong”—so they’ve looking for a reason and rebranded retail as self-care. The “treat yourself” mentality has given them permission to buy things that they might not think are justified otherwise, with 92% of young consumers agreeing that allowing for indulgences every once in a while is good self-care. Now, with budgets tighter than ever for many (we’ve already seen the financial impact that COVID-19 has had on them) spending will need to be justified in some way. Their definition of luxury was, and will continue to be, anything they don’t “need”—and the treat yourself mentality will be a major part of their spending mentality going forward. Already, Klarna (a “buy now pay later” platform) is reporting that young consumers still want to treat themselves, with apparel, footwear and accessories spending seeing an increase in the third week of April.