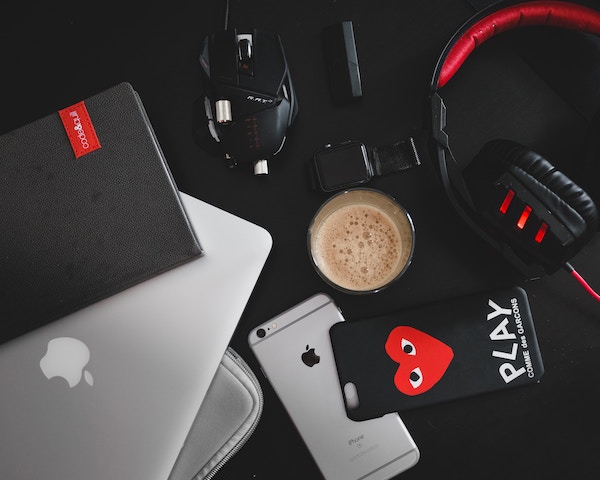 Gen Z and Millennials have grown up in a time when previously futuristic tech has become increasingly mainstream. Things that Inspector Gadget might have used once upon a time (smart watches! drones! handheld computers! video chatting!) are part of their every day. And by and large, young consumers embrace all of the new tech at their fingertips: 57% tell YPulse that they always want the newest devices, and they tend to be early adoptors of innovation, more open to new tech than previous generations.

We know they’re hooked on their smartphones (to the point that they’re trying to unplug), devoted to their streaming tech, and spending a ton on gaming. But while they see new tech as desirable, they’re not necessarily rushing out to buy every device that they think is cool. In our recent tech/device use and ownership survey, we asked 13-36-year-olds, “What is the coolest tech product on the market right now?” Their top responses revealed some surprises—here are the 17 that received the most mentions:

*This was an open-end response question to allow us to capture the full range of tech products that Millennials and Gen Z think are cool—without our preconceived ideas shaping their responses. As with any qualitative question, the responses include those that are top of mind and those that are most popular. The list is ordered according to number of responses received, and alphabetically when ties occurred.

Virtual reality is the top tech that Gen Z and Millennial consumers say is the coolest on the market. Interestingly, this is the same top response we saw the last time we asked this question of them, back in 2017. At the time, we said that VR hadn’t taken off as quickly as some had predicted…and it still hasn’t. Here’s the problem: according to YPulse’s data, only 13% of 13-36-year-olds actually own VR headsets. So they think virtual reality is the coolest, but they aren’t buying the tech. Last year, Tech.com reported “Looking at sales figures for each platform, you’d be hard-pushed to call the current generation of virtual reality a success.” PC Magazine, using data from IDC, announced that VR headset sales “tanked” in the third quarter of 2018, “declining 33.7 percent year-over-year.” These numbers add to the case that virtual reality is not actually popular among young consumers. But they are still telling us they think the tech is cool. So what is happening?

There are a few things that might be going on here. For one, it’s important to note that over half of young consumers couldn’t name a technology that they think is cool. So while VR tops the list, it’s still not top-of-mind for most young shoppers. Virtual reality tech (headsets) also continue to be cost-prohibitive for many, if not most, young consumers. So, some might make the argument then that they want to buy it, but can’t because the cost is still too high. But there’s evidence that that isn’t necessarily true either: Only 9% told YPulse that a virtual reality headset was on their 2018 tech holiday wish list—again highest for males at 15%, still not an impressive number. This put virtual reality 16th on the list of tech they wanted for the holidays, after headphones, smartphones, gaming consoles, TVs, smart speakers, tablets, cameras, and more. Taking this into consideration, it appears that though they see VR as very cool and innovative, it’s just not something they’re interested in playing with every day. The lack of known VR titles and still-developing state of VR experiences could be contributing to this attitude.

There is also a distinct possibility that there is confusion over what exactly virtual reality is. When young consumers tell us about the technology they think is the coolest, virtual reality is named more often by far than the closely related augmented reality. With the popularity of augmented reality games and experiences, we’d be surprised if it’s because they don’t think it’s cool. It’s more likely that they don’t know the term as well, don’t know the difference between the two, or they might even believe that AR and VR are one and the same. AR is also an “immersive media,” and with so many brands and mobile gaming creators using augmented reality, it’s arguably far more commonly used by young consumers than VR—after all, they only need their smartphones to have an AR experience. The NBA has an AR app, Ikea has AR experiences, AR toys are a big trend, and some adventurous restaurants are creating AR menus. Could it be that these augmented reality experiences (trying on glasses, new hair colors, and new furniture via their phones, catching Pokémon on the street, etc.) are being classified as virtual reality experiences in their minds? We’d argue it’s possible—it wouldn’t be the first time that a term that was considered vital in marketing circles meant little to nothing to young consumers themselves.

Even if this isn’t the case, it seems for now that young consumers are excited to try VR tech as a novelty, but aren’t as interested in owning it. That means that providing VR experiences out-of-home—like pop-up VR activations and VR in movie theaters—is the biggest opportunity for brands looking to capitalize on interest in the technology. For example, according to MediaPost, Macy’s is putting virtual reality in 90 stores, with the “largest VR rollout in retail history.” Shoppers can don HTC Vive VR headsets to create 3D floor plans, design their living spaces, deck them out with Macy’s furniture, and then take a step inside of the room. Virtual reality experiences at movie theaters is also a growing trend. While IMAX ambitiously launched VR centers across the country and shut them down not long after, Wired reports that others are seeing success with a slower and steadier approach, with AMC planning to open immersive “pods” in four theaters.

After years of predictions that the tech would be the next big thing, the future of VR remains uncertain, but while young consumers continue to see the tech as cool it’s not likely to go away—it just might have a very different looking future than originally intended.