4 Brands Getting Creative with AR 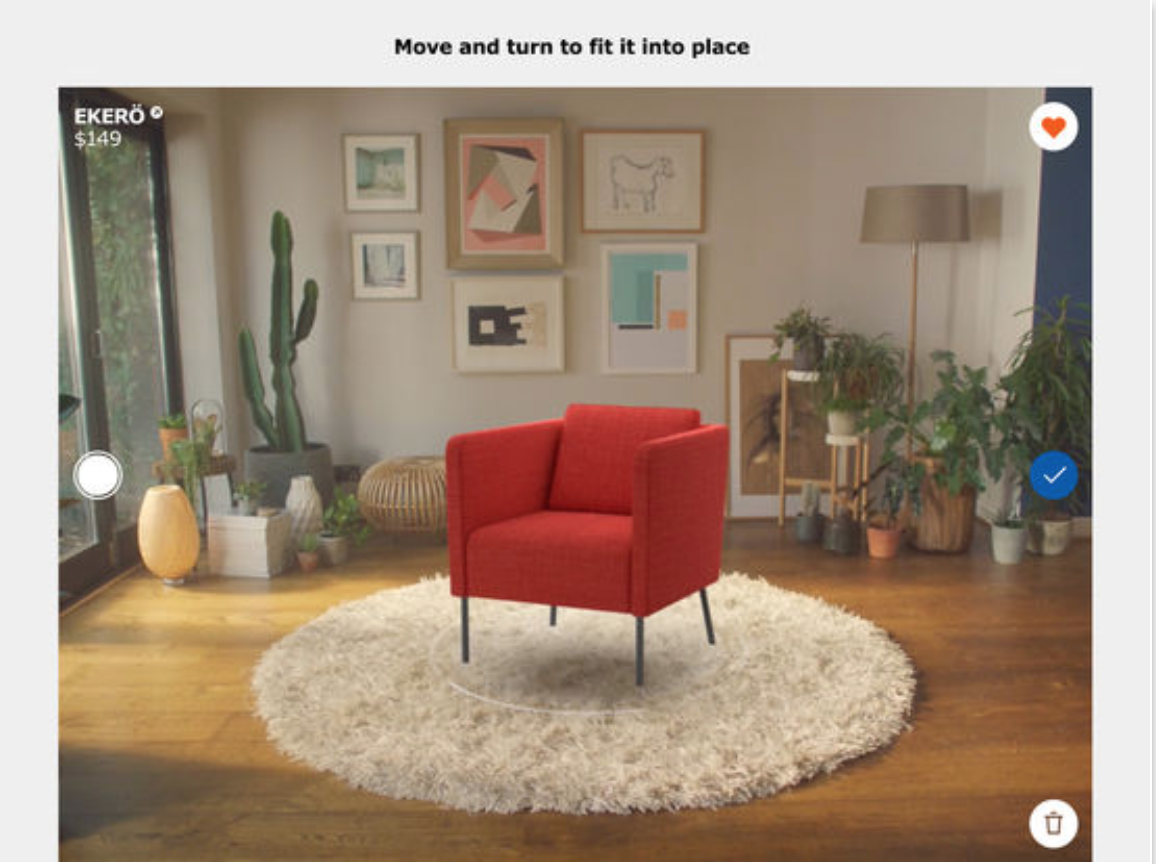 As young consumers become more infatuated with augmented reality, brands are getting creative with the technology—finding ways to integrate AR into shopping, marketing, and more…

2017 is truly turning out to be AR’s year (as we predicted). Last week, we talked about some of the augmented reality apps that young consumers are playing with in a post-Pokémon and Dancing Hotdog world—including the sparkly KiraKira+. But as young consumers have helped to make AR more mainstream, brands have also been dipping their toes into the space. Snapchat invited more brands to play with augmented reality on the app with world lenses and more earlier this year, and beauty brands have been releasing their own AR features in droves. Apple’s ARKit was launched in August, opening the floodgates to a new wave of AR apps and tools—like Food Network’s cake-decorating app, The Very Hungry Caterpillar AR, and GIPHY World.

With all the tools to make a successful leap into AR literally at their fingertips, we’re seeing more brands experiment with ways to integrate the tech into shopping experiences, marketing efforts, and more. Here’s how four brands have started to innovate in the AR space: 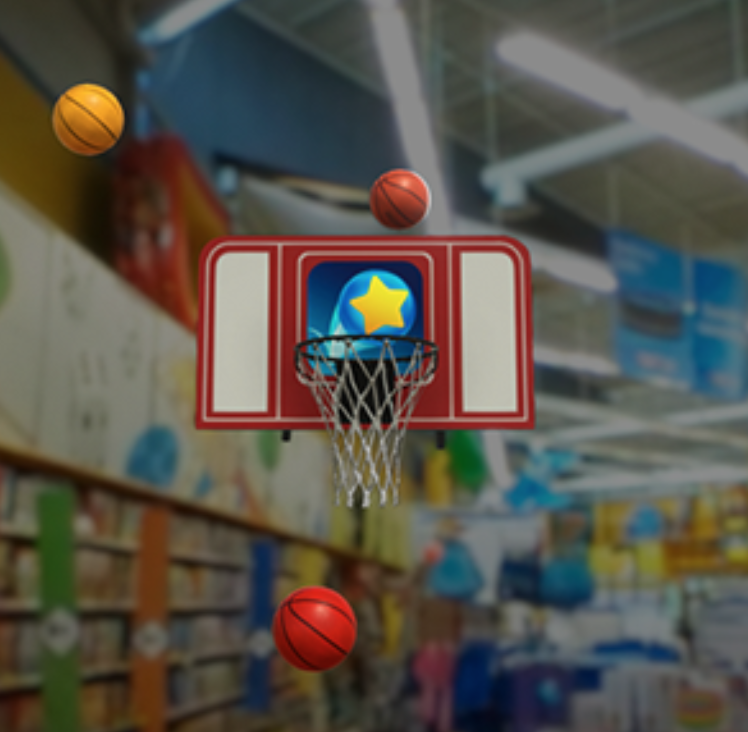 A new AR app from Toys R Us is taking in-store experiencification to the next level, with “trigger points” throughout the store that activate in-app AR experiences. When kids enter a Toys R Us, they can scan their app to use it as a “personal magic wand,” pulling up a mascot to guide them through the augmented reality games and activities awaiting them as they venture further into the store. PYMNTS.com reports that there are ten possible experiences, and that the app was tested out at 23 locations earlier this month. Play Chaser is “now being deployed nationwide.” According to the toy retailer’s CMO, “With Play Chaser, we’re transforming shopping into something beyond just the products we sell, bringing our stores to life with interactive, unique content that will resonate with customers and importantly the players — kids.” The brand has also made their holiday catalog into an AR adventure, with features and games unlocked when scanned. 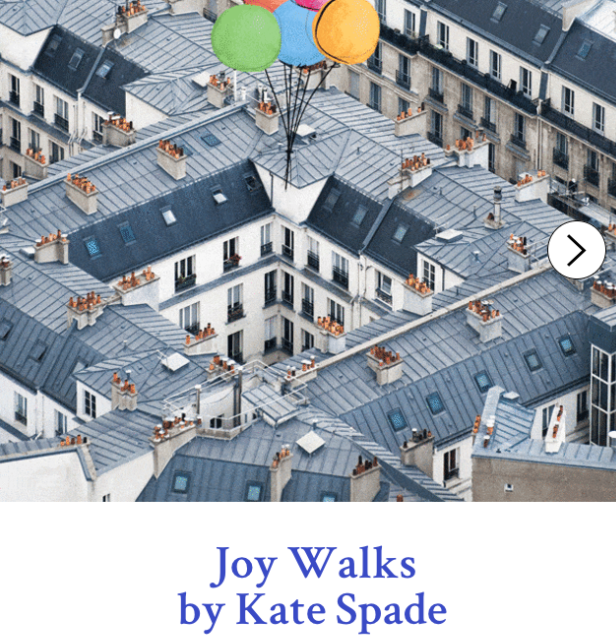 Kate Spade is sending customers on an AR tour of Paris to promote its first French flagship store. Media company My Little Paris is partnering with the Millennial-loved luxury brand to create Joy Walks, a map of Paris that takes users to influencers’ and bloggers’ favorite spots in the city, according to Glossy. The featured locations show on the map as popular Kate Spade icons. Each location is the home of a unique AR filter experience, including pop-up flamingos and drive-by NYC taxis. Users are encouraged to share their AR moments with the hashtag #katespadejoy to earn a gift at the flagship store. Rather than starting a standalone app, the AR experience will be embedded in My Little Paris’s pre-existing mobile platform. Kate Spade is hoping their AR endeavor will “bring as many Parisians as possible” to their store. 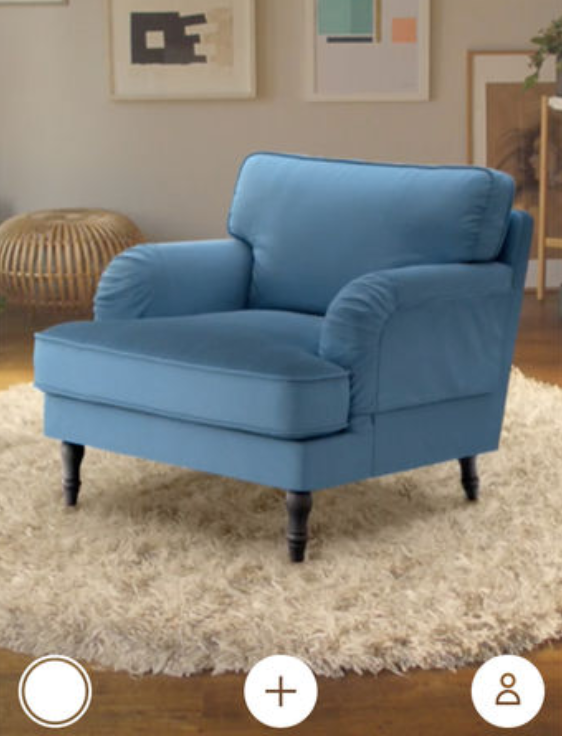 Ikea’s new augmented reality app, Ikea Place, gives shoppers the chance to virtually deck out their space with Ikea furniture and décor—and some say it could change the way we shop. More than 2,000 Ikea products are available on the app so users can see how they’ll look in their homes before they buy. Each item shows to-scale in the users’ home space when they look through their screen, approximating the new decor look without the hassle of a buy and return. The furniture market is ripe for AR technology, with Wayfair already integrating features into their app and Lowe’s testing something similar. However, Ikea’s AR offering will likely reach a broader crowd, and according to Business Insider, moves like this may help “gain an edge over [all-powerful] Amazon.” It’s also helping to set their reputation as a retail innovator: in the wake of Ikea Place, several other brands, including Target and Anthropologie, have attempted their own spin on the furniture/product placing AR experience, with far less success. 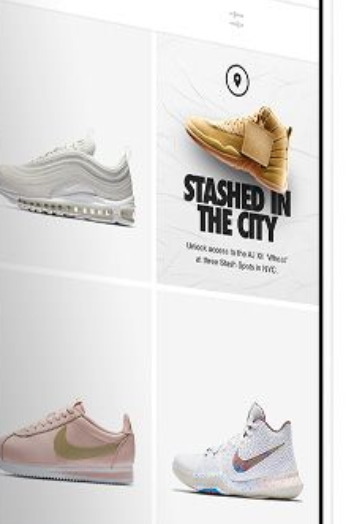 Nike is reimagining the shoe drop with high-tech sneaker scavenger hunts for the Experiencification generation—and it’s all powered by augmented reality. Mashable reports there are three tools for digital drops in the Nike app: the AR SNKRS cam, which lets fans find clues to unlock a purchasing portal, SNKRs stashes, where fans have to get to a specified location, and Shock Drops that notify users of sudden sneaker releases in select stores. But it’s the SNKRS stashes that turn the world into an AR treasure hunt, “a new way to unlock access to exclusive product releases on your phone by discovering Stash Spots hidden throughout your city.” Users are given a general vicinity where a new sneaker will be dropped, and can then use their phones to hunt for the exact location of the new shoe. For the recent release of limited PSNY Air Jordans, fans turned into a “flash mob” at Washington Square Park, holding up their phones to scan their surroundings and find the “stash spot,” where they all sprinted to click the “I’m Here” button—the only way to buy the sneakers.