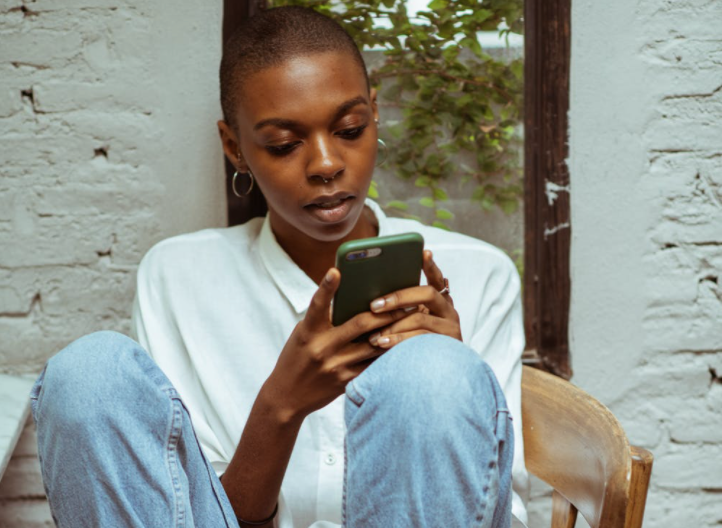 Earlier this year, YPulse’s Social Media Deep Dive Report looked closely at the most popular social media platforms, digging into everything from what platforms are most entertaining to which starts the most trends. We found that Gen Z and Millennials’ social media preferences are divided, and the way they view some of the biggest social media players is shifting the social landscape. These generations continue to spend enormous amounts of time, an average of four hours a day by their own estimations, on social media. But exactly where they’re spending that time continues to shift. Of course, 2020 saw their social media use evolve, with video-based platforms increasing in popularity and Gen Z’s use of platforms increasing nearly across the board. But what changes have we seen in 2021? YPulse’s social media monitor looks into the most used social platforms among 13-39-year-olds, the platforms increasing in usage, decreasing, and holding steady—and the why behind these changes.

As we approach the new year, we’re looking at how social media usage has shifted compared to a year ago: 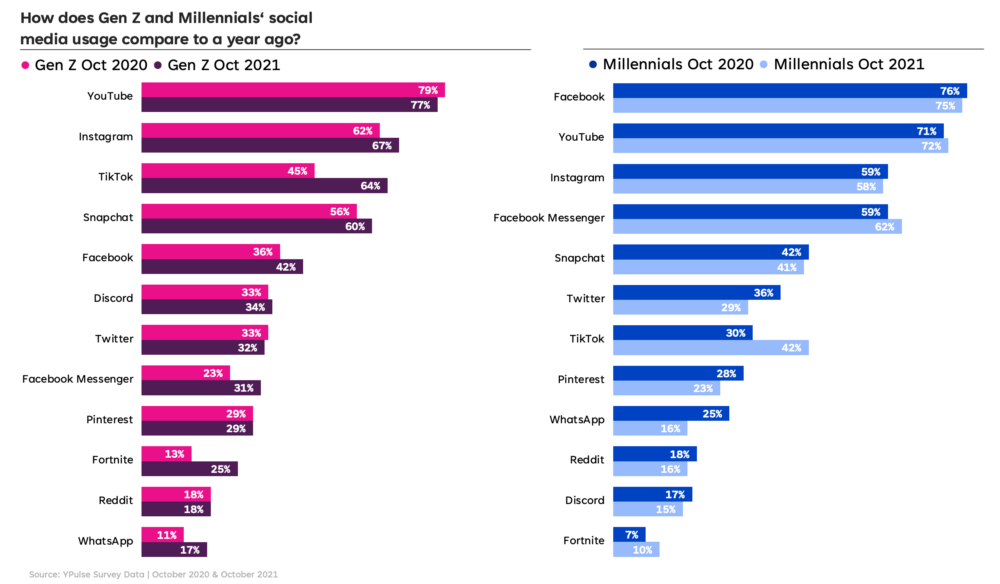 YouTube continues to be the most used platform among 13-39-year-olds, with use remaining steady among Gen Z and Millennials. These generations have grown up on this video platform, and it provides far more than entertainment for them. Our Self-Taught trend research also shows that it’s one of the top resources young consumers go to when they want to learn something new.

Gen Z’s use of Facebook, Instagram, and Snapchat have increased slightly compared to October 2021, but no platform has seen growth comparable to TikTok’s in 2021. Use of the app has increased among both Gen Z and Millennials, but the popularity among the younger group has boomed. Over the summer, we told you that they were much more likely than Millennials to to be on the app—and that’s clearly still the case. Many of the memes and content that go viral online starts on the app, and Gen Z and Millennials are using it to stay up to date with the viral and meme moments that matter to their generations. This year, TikTok became one of the top three platforms that Gen Z is using, surpassing Snapchat, who they still lagged behind in 2020.

Notably, Fortnite use saw a significant increase with Gen Z as well. While the height of buzz around the game might be over, use among young people has stayed strong. During lockdowns, Fortnite has expanded into a virtual entertainment venue and digital hangouts—which has created major opportunities for brands to get in front of these generations. Last year, they began hosting movie screenings and virtual concerts as music artists postponed their in-person tours. The trend continued in 2021 as Gen Z-favorite singer Ariana Grande collaborated with the platform for the Rift Tour over the summer and of course, brands have been creating a slew of exclusive skins and in-app merch to keep things interesting and always changing in the game.

Overall, use of the biggest platforms stayed relatively flat among Gen Z and Millennials, but TikTok continued to grow, becoming even more influential among younger users. Going into 2022, it’s clear where brands need to be to reach young consumers. 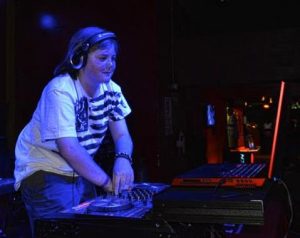