3 Marketing Lessons from the 2021 Super Bowl

From memes to anti-ads, last night’s big game was full of lessons on marketing to young viewers—here are three…

Today’s our PULSE on-demand survey found that true to their plans, over half of young viewers watched the Super Bowl last night. And the majority of those Gen Z and Millennials watching tuned into the commercials as well. Many of the ads of the big game followed big trends we’ve seen in year’s past: plenty of nostalgia, massive amounts of celebrities, and some weird but memorable spots (we’re looking at you Oatly).

But in a unique year, some of the biggest marketing lessons of the big game didn’t necessarily happen during the commercial breaks. Here are three takeaways from Super Bowl 2021 that didn’t come straight from a 30-second spot: 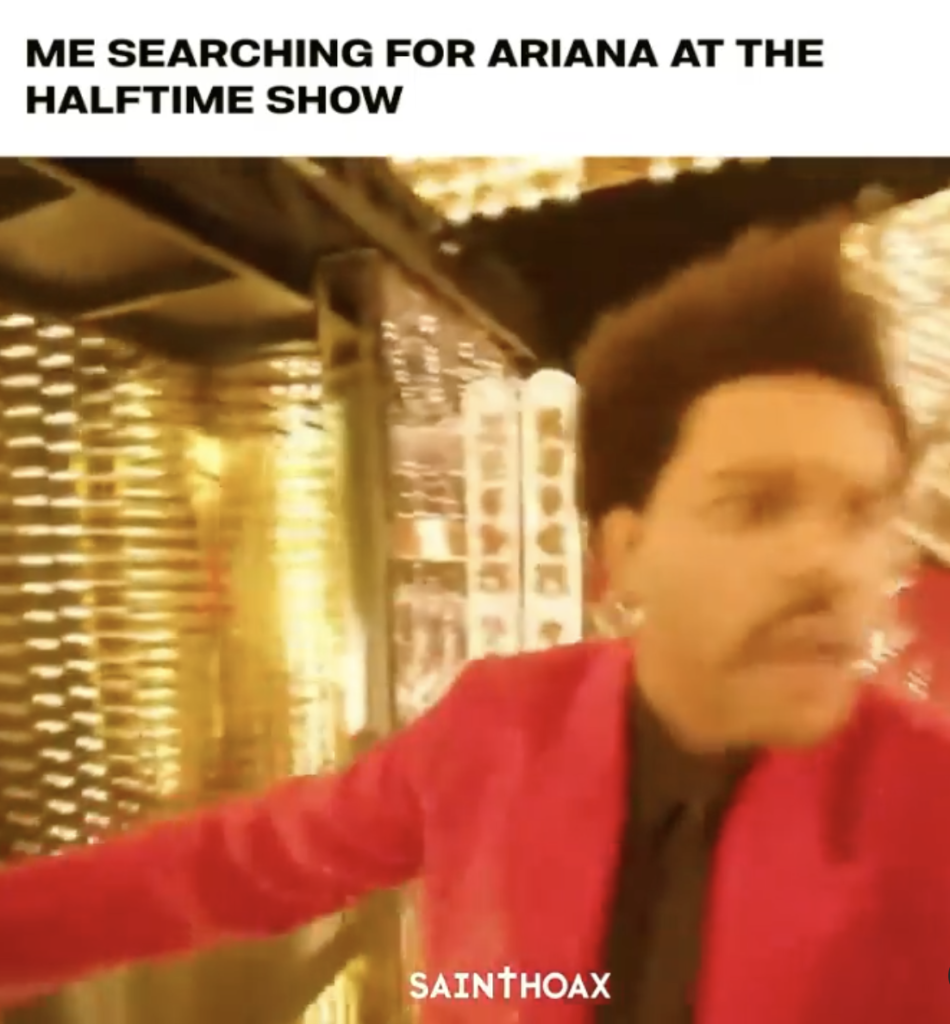 Many years ago, we told marketers that for young consumers the most important part of live events are the memable moments that come out of them. A major part of the appeal of viewing for Gen Z and Millennials is not just what’s happening on screen, but participating in the cultural conversation that is flourishing online. And while a lot of that can’t be planned, it can certainly tapped into and encouraged. The Super Bowl proved this yet again, with The Weeknd’s halftime show becoming instant meme fodder. Clips of the artist “lost” in the fun house set during his performance immediately took over social media sparking thousands of memes and millions and millions of views. The Weeknd himself posted a screenshot of the moment on his Instagram, capitalizing on his meme-fame by basically inviting fans and followers to use his halftime moment to create more content. (That post has garnered over 2.8 million likes.) One stat that should make marketers take notice: YPulse’s PULSE survey today found that 60% of young viewers enjoyed the memes about The Weeknd’s halftime show more than the halftime show itself. When it comes to live events, what happens on social media is actually more important to young viewers than what happens on TV. Even Gen Z and Millennials who didn’t watch the Super Bowl or the halftime show have likely seen the memes about it—the viral content that results from these broadcasts is in some ways more valuable than the carefully planned events themselves. 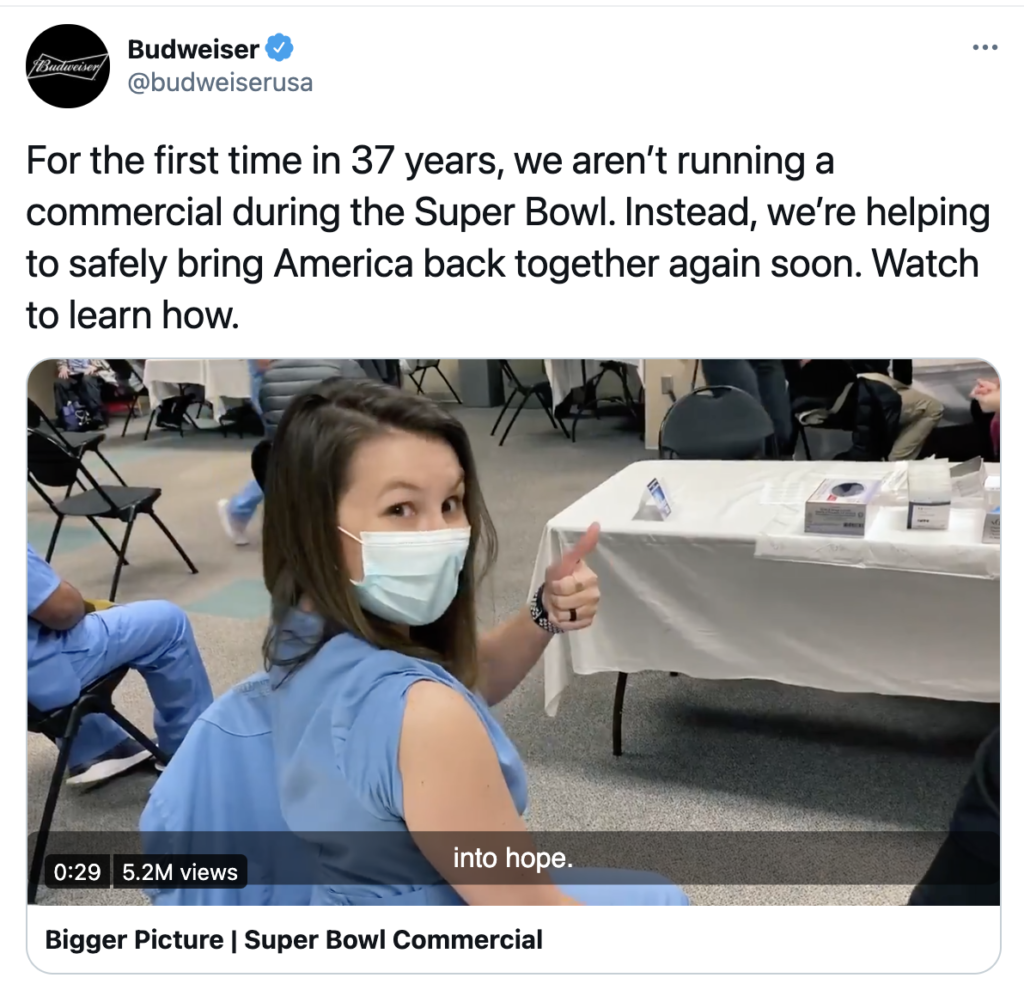 Last year, we told you that sitting out the Super Bowl was one of the trends brands were using to reach Gen Z viewers. In 2020, Mint Mobile didn’t run an ad during the game, but instead gave away the budget for one with owner Ryan Reynolds explaining that they realized instead of spending $5 million, “we could literally give away over 300,000 months of free service and still save money.” This year, some of the biggest brands followed suit—with a charitable twist. Budweiser, Planters, and Kia all ended Super Bowl ad streaks in 2021, with each brand announcing that they would be using their big game commercial budget to support various causes instead. Budweiser released a pre-game ad to share the news that their Super Bowl marketing budget would be used for vaccine awareness campaigns instead—and that spot has been viewed over 5 million times on Twitter alone. Young consumers want brands to support the causes that matter to them, and right now COVID is at the top of the list, so using marketing dollars to instead help fight the virus is certainly something that they support. And this year, as the pandemic drags on and the crave the light at the end of the tunnel, it’s a marketing move that more brands could certainly jump onto. In fact, our PULSE on-demand survey found 61% of 16-34-year-olds told YPulse that they wish more brands would donate their ad budgets to charitable efforts. 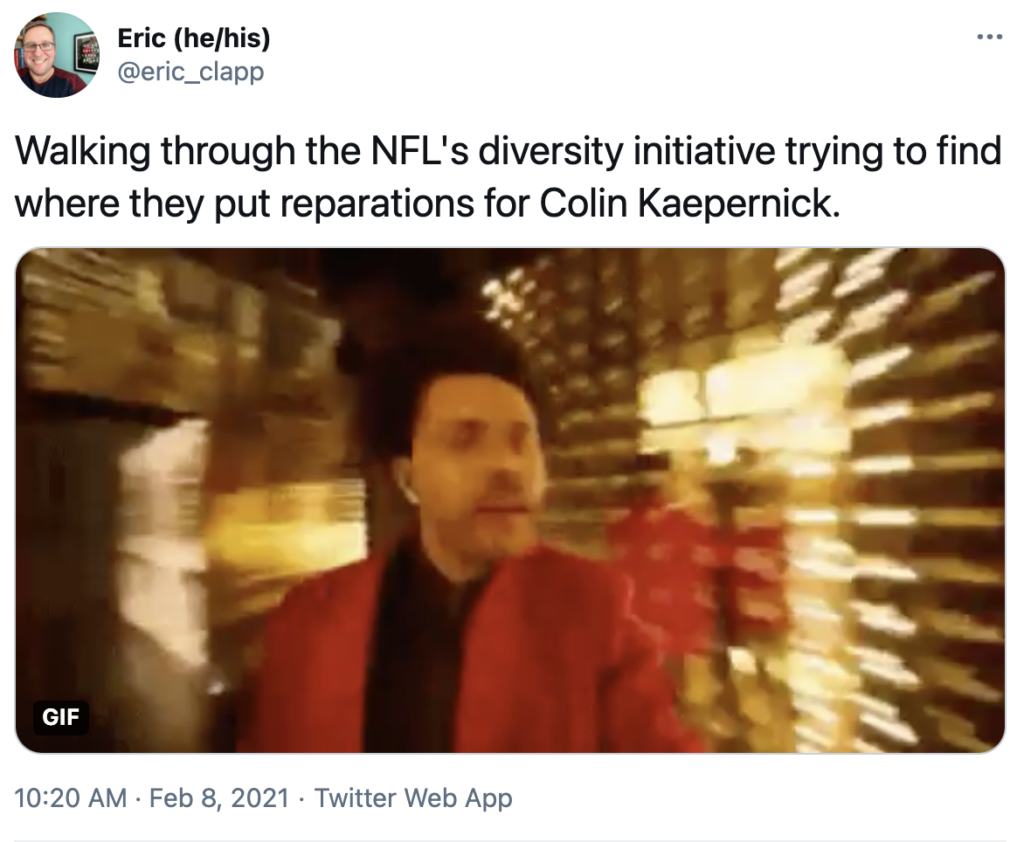 A Brands’ Past Matters to Young Viewers

This summer, we outlined some of the biggest lessons on brand involvement in Black Lives Matter movement, and some of those lessons came back to mind during last night’s game, including: “Your track record matters (and is remembered)” and “Admitting past wrongs is necessary.” The NFL’s “Inspire Change” ad was meant to be a show that the brand is joining the fight for equality and did outline some of the specific steps they are taking to do so. But the commercial sparked some serious backlash online. Fast Company rounded up some of the social media reactions to the spot, which all talked about the leagues treatment of Colin Kaepernick and their lack of recognition of some of the negative steps they’ve made in the past. We saw clearly again that a brand’s history matters to young viewers, and they want acknowledgement of past missteps. Even before the ad aired, many were posting “Happy Colin Kaepernick Appreciation Day” posts on social (including Mariah Carey). Brands can’t erase their pasts, but they can take ownership over them and make amends—something that all should remember when stepping onto a major marketing stage.

North America
Pretty Much Everyone Is Playing Wordle on The Viral List
Wordle (no, it’s not an app) is the new Words With Friends, the Golden Globes Awards ...
North America
Elmo & A Rock Are The Biggest Internet Stars of the Week on The Viral List
Young people are sharing clips from Sesame Street as they channel some Elmo-feuding-w...
North America
YPulse’s 10 Most-Read Articles of 2021
Gen Z and Millennials’ top hobbies, Gen Z cancelling skinny jeans and side parts, a...