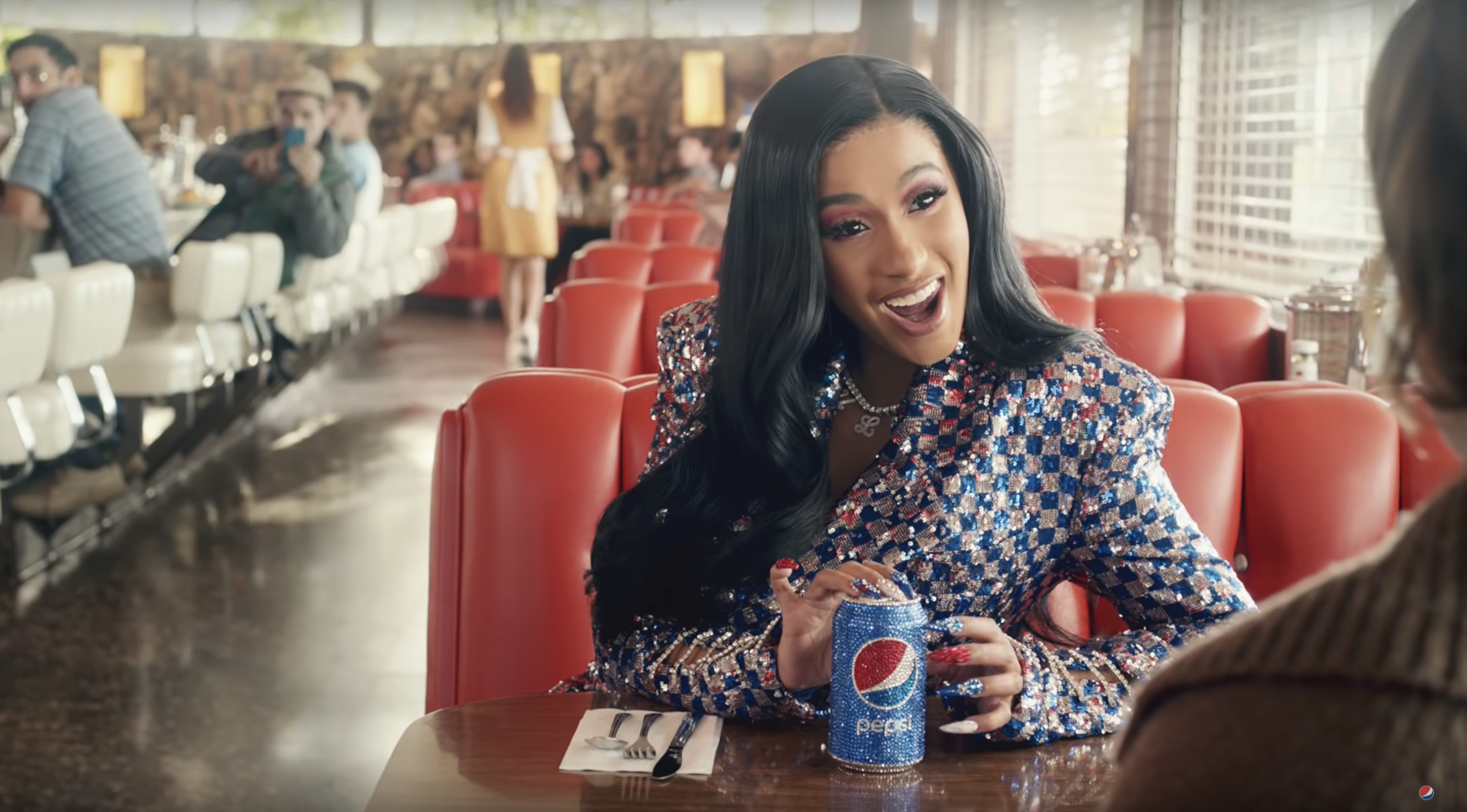 Are you ready for the Super Bowl…ad breaks? We’re looking at the major marketing trends we already know you’ll see during the game—and how they might shift the scores of brands using them…

As young consumers have increasingly cut the cord, and vanished from major network’s viewer numbers, the focus on Super Bowl commercials has actually increased. It might seem a contradiction, but it actually makes sense. Here is a rare occasion when many of those highly-desired Gen Z and Millennial eyes are actually guaranteed to be pointed at a TV screen, live, without the ability to skip or fast-forward through an ad. According to YPulse data, 67% of 13-35-year-olds watched or followed the Super Bowl in 2018—and the ads are a big part of their game time engagement. As Burger King’s global chief marketing officer told Adweek, “We all know that there aren’t too many occasions during the year when people are looking forward to seeing ads. The Super Bowl is one of those.” It’s also an occasion when ads can truly influence their opinion of brands, and their intent to buy: 34% of 18-35-year-olds told YPulse they purchased a product or service because of a 2018 Super Bowl ad they saw.

YPulse will be monitoring young consumers’ sentiment about before and after the big game to see who scores the most points among next generation consumers in our Brand Tracking the Super Bowl report. Our youth brand tracker has collected nearly 70,000 interviews with 13-39-year-olds so across the last year, tracking over 550 brands across a variety of variables, including personality, momentum, influence, and relevance. Using that trended data, we’ll be able to see how the Super Bowl spots impact what brands are talked about, considered cool, and, yes, which are more likely to be purchased.

Luckily, we don’t have to wait to find out what marketing trends these ads will reveal. The fanfare around Super Bowl marketing has grown to the point that many of the commercials are actually released online in advance of the big game. In fact, it’s become more of a rarity not to release an ad early. So we’ve watched all the teasers and full releases to round up some of the biggest trends of the Super Bowl ad breaks—along with how they might impact the standing of brands using them. 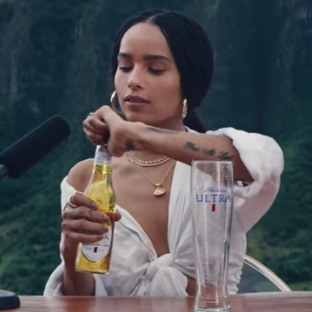 We told you that brands from Kentucky Fried Chicken to Behr paint have been tapping into ASMR (autonomous sensory meridian response) as a vehicle for branded content—but Michelob Ultra’s add will be showcasing the formerly niche trend on a whole new scale. Their ad “The Pure Experience” stars Zoe Kravitz whispering into microphones, cracking open a bottle, and pouring the beer into a glass—all classic ASMR sounds. It might seem like a risky move to some, but the spot already has over 9 million views on YouTube—likely thanks to ASMR’s already engaged audience. Will tapping into this zeitgeist pay off? Currently, just 12.5% of 21-39-year-olds say Michelob Ultra is a brand they pay attention to, and 14.6% say it’s a brand they will use/buy—both numbers they’d likely want to increase. (It’s not the brand’s only spot: for those not interested in tingling-inducing whispers, they’re also airing “Robots” which has some commentary about AI and a respectable 1 million views on YouTube already.) Pepsi’s Cardi B teaser also nodded to the ASMR trend, with the artist, who has publicly declared her love for the videos in the past, tapping her fingers on a Pepsi can. (However, their full ad is all about star power, see below.) 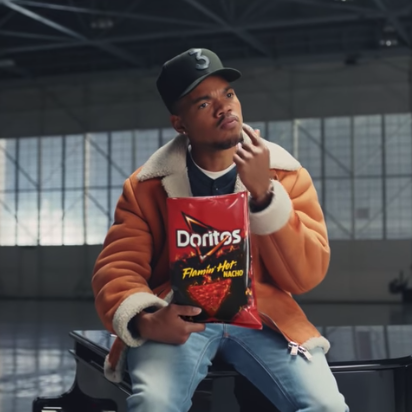 Celebrities are a mainstay of Super Bowl ads, that’s nothing new. But now, brands seem to be putting as many celebrities in their ads as they possibly can—whether or not those stars seem to belong together. Last year, Amazon Alexa’s ad featured everyone from Gordon Ramsey to Rebel Wilson. This year, several brands will be throwing together a seemingly unrelated gang of celebrities. Pepsi’s “More Than OK” ad (currently with over 200,000 YouTube views) stars Steve Carell, Cardi B, and Lil Jon, all in a diner sending the message that Pepsi is…more than “ok.” Cardi B and Lil Jon are both there because of their catchphrases, but Carell is the charming glue holding it all together. Planters will be airing a spot starring Mr. Peanut, Alex Rodriguez, and Charlie Sheen—and the marketing move could be a major opportunity to get on young consumers’ radars, with only 9% of 13-39-year-olds currently saying the brand is one they’ve been talking about. Finally, Dorito’s #NowItsHot spot (with just under 14K YouTube views) stars the odd couple pairing of Chance the Rapper and The Backstreet Boys, introducing the brand’s new Flamin’ Hot Nacho flavor when Chance remixes the classic “I Want It That Way” to “make it hot.” Though Doritos is already ranked as the number two CPG brand among 13-39-year-olds, and number one among teens in the YPulse brand tracker, we’ll be watching to see if their commercial boosts some of their vital scores indicating relevance and momentum. Currently, 69% of 13-39-year-olds say the brand is cool, and with Chance the Rapper as the star, we would imagine they’re hoping for a significant boost in that number, as well as an increase in the 51% who say the brand is being talked about. 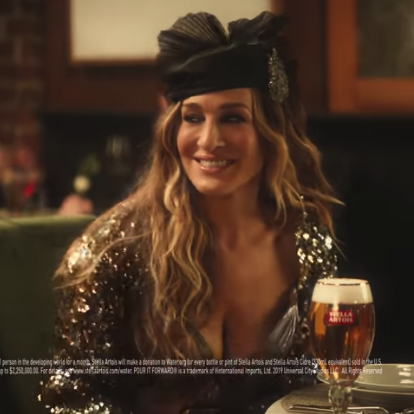 With the Backstreet Boys featured, nostalgia is also a major element of Dorito’s super Bowl ad—and they’re not alone. Stella Artois’ “Change Up The Usual” has already racked up 4.5 million views, likely thanks to the buzz around beloved characters being revived in the spot. The ad stars Sarah Jessica Parker reprising her role as Carrie from Sex in the City and Jeff Bridges bringing back The Dude from The Big Lebowski. Currently, 27.5% of 21-39-year-olds say they will use/buy Stella, but only 15.7% say that it’s talked about—a number that could shift thanks to this star-powered, nostalgia fueled spot. (Millennials grew up on Sex and the City and love The Big Lebowski.) Olay could also be leaning into Millennial nostalgia with their #KillerSkin ad starring Sarah Michelle Geller, who was the queen of scream movies and vampire killing when the generation was coming of age. One teaser for the horror-themed ad—which hasn’t been released in full—has 1.8 million views, and a commenter sums up the nostalgic appeal: “WHO EVER THOUGHT OF THIS COMMERCIAL AT OLAY NEEDS A RAISE. MAKE HER TURN INTO BUFFY” 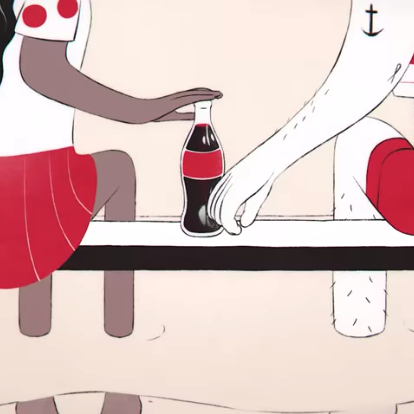 For last year’s game, brands steered clear of politics, with one branding exec explaining to The Wall Street Journal, “The fear of a Twitter attack is fueling the play-it-safe approach.” And it’s no wonder; brands have learned that trying to tap into the political climate can blow up in their face at the fast pace of social (lest we forget Pepsi’s Kendall Jenner miss). This year, we’re continuing to see brands take a safe stance—and Coke’s animated spot is the perfect example. Instead of taking a Nike-style stance on a cause, the ad emphasizes how much we all have in common, almost acting as a call for peace between warring sides. Young consumers already think the brand is relevant, with 48% saying it’s popular, but it will be interesting to see if the approach increases the 34% who say they brand reflects diversity and the 25.6% who say it supports causes. 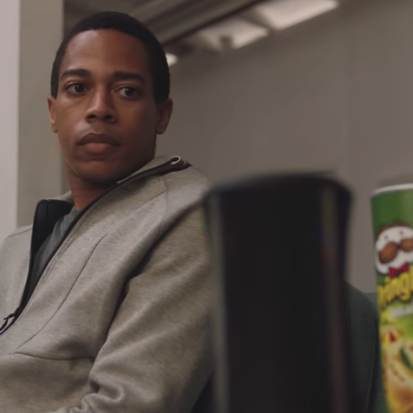 According to YPulse’s research, 27% of 13-36-year-olds own a smart speaker—and now that they’re becoming more common, they’re finding their way into ads. At least two Super Bowl spots will feature smart speakers. The first is an actual ad for them, with Amazon’s “Not Everything Makes the Cut” ad taking a humorous approach to selling Alexa, with celebrities showing the different smart speaker products that were tested but didn’t get made—like a smart speaker toothbrush and hot tub. (The ad also falls under the “unexpected celebrity pairings” trend, with Abby and Ilana from Broad City starring in the spot along with Harrison Ford, and more.) Will the Meanwhile, Pringle’s ad “Sad Device” makes smart speakers the butt of the joke as well, with an Alexa-like product talking interacting with two friends stacking Pringles flavors. Pringles already has a healthy use/buy score, with 53.8% of 13-36-year-olds saying they’ll purchase the brand, but the ad could improve the 21.6% who say the brand is talked about.

Check back with YPulse on February 25th to see how young consumers’ opinions are impacted by Super Bowl marketing, in our special Brand Tracking the Super Bowl report!