Pepsi More Than Misses the Mark on The Viral List

Pepsi learns a valuable lesson this week, Facebook’s Stories have inspired a new meme, a two-year-old and her doll go viral, and more trending links you have to see… 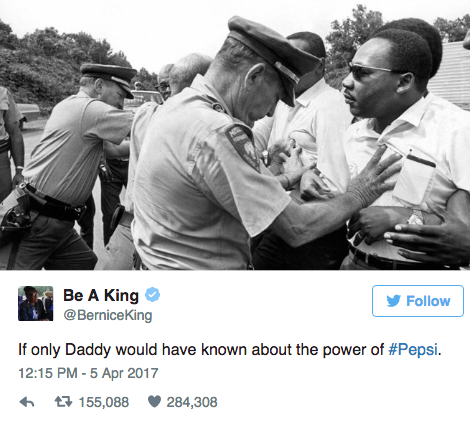 Pepsi More Than Missed the Mark

These days, every ad can be political and social good has become a powerful marketing force (especially with young consumers getting Activated). But as Pepsi learned the hard way, there is definitely a wrong way to go about it. On Tuesday, the brand released an ad centered around a protest, only to take it down a few days later after igniting the fury of a generation. The ad, in which model Kendall Jenner hands a Pepsi to a police officer to invoke peace, has been described as “cringeworthy,” and went viral thanks to accusations of trivializing a cause and appropriating imagery from protests against police brutality. The tone-deaf ad generated a massive social media response, the most notable from the daughter of Martin Luther King Jr. Her tweet, with an image of her father being pushed back by police and the caption: “If only Daddy would have known about the power of #Pepsi,” was retweeted over 150,000 times and liked over 250,000 times. 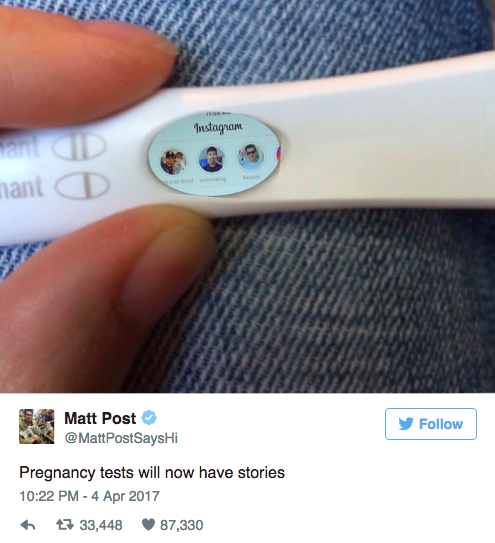 EVERYTHING Is Getting a Stories Feature

This week the internet had some fun at Facebook’s expense. After the platform announced that, like Snapchat and Instagram, they too are adding a Stories feature, the internet wondered aloud what could be next—hence the viral “will have stories now” meme. Tweets with manipulated photos are announcing traffic tickets, printed books, hammers, Donald Trump, Microsoft’s Office Excel, and even bananas “will now have stories.” One of the more popular tweets, with a pregnancy test showing stories instead of results, has generated over 30,000 retweets and close to 90,000 likes. 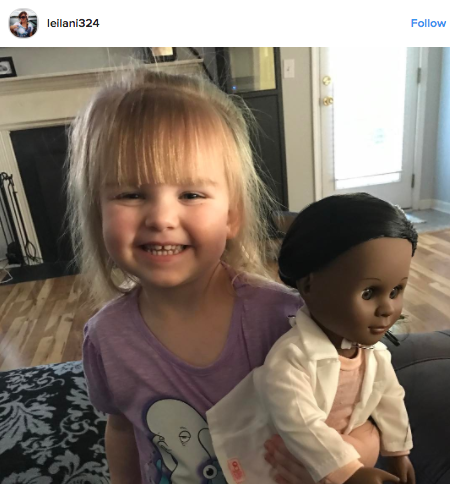 Sophia and Her Doll Go Viral

A photo of a little girl and her new doll has gone viral for its message of diversity. As a reward for completing potty training, two-year-old Sophia was taken to Target to purchase a toy of her choosing—and she picked a Black doctor doll. When the cashier commented that the doll didn’t look like the girl and asked Sophia if she was sure that was what she wanted, she responded: “Yes, she does. She’s a doctor like I’m a doctor. And I’m a pretty girl and she’s a pretty girl.” Her mother posted the story on social media, generating 200,000 shares. We’ve said before that Millennials are sensitive about inclusivity, and many are raising their kids to be just as open about diversity.

Teens Show the Real Side of Vacation Photos

Two teens have gone viral on Instagram after showing the other side of the trending #followmeto photo pose. During their vacation, Claudia Tihan took a photo of her holding the hand of a friend in front of a picturesque beach. Using Instagram’s new album feature, she added the caption “what she sees vs. what i see #swiperight,” to prompt viewers to the next shot of her leaning back, focusing on taking the photo, double-chin and all. The post has been liked about 180,000 times, and generated over 4,000 comments. Getting candid on social media is rising trend among young consumers, as we covered in the Social Media Illusion. 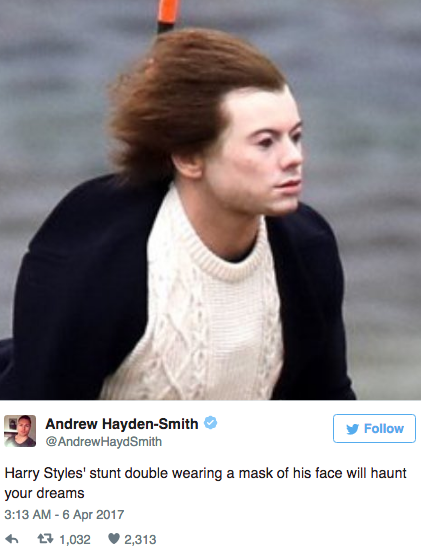 Harry Styles’ stunt double wearing a mask is inspiring a massive amount of memes (and nightmares), a man on a quest for a year of free chicken nuggets is getting a lot of support on the internet, and Pepsi’s wasn’t the only ad experiencing backlash this week.