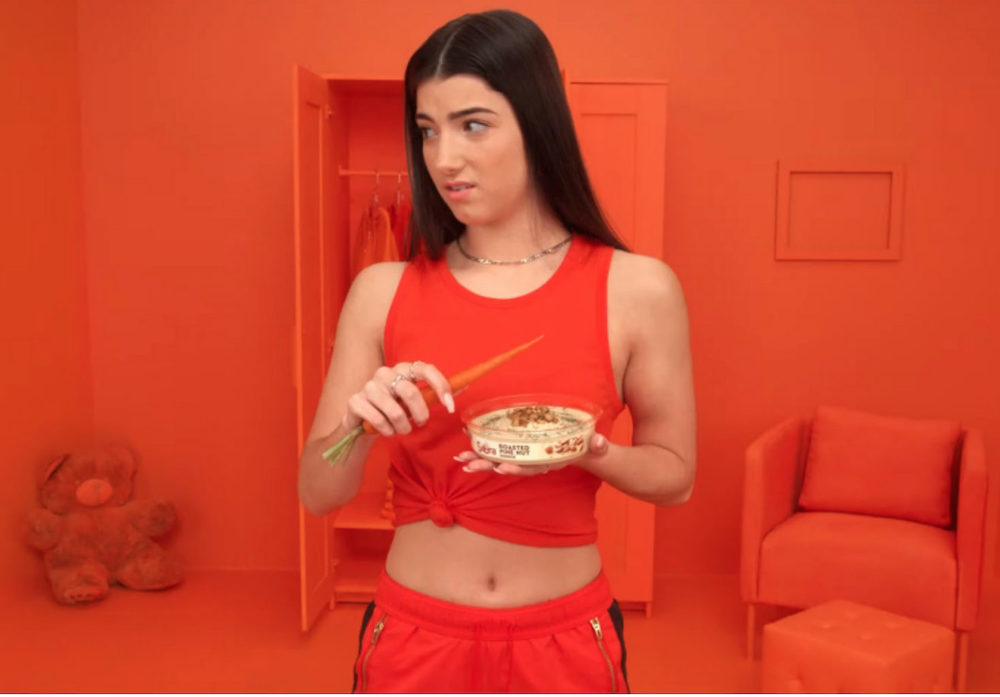 During last night’s game, brands had an eye on the next generation. Here are four major marketing trends that stood out, and played to Gen Z viewers…

While 17.5 million Americans reportedly skipped work today because of last night’s game, we’re here to analyze Super Bowl LIV’s biggest marketing trends. Last night brands spent up to $5.6 million for 30-second spots, and this year’s ads varied from the serious to the hilarious to the downright weird. Lots of the trends that we saw last year stayed strong. Nostalgia was again a major theme, staying a favorite with brands who have wisely picked up on Millennials’ love for the their childhoods. Throwback ads included Cheetos’ ode to MC Hammer’s “Can’t Touch This,” Bill Murray promoting Jeep in a reprise of his Groundhog Day roll (but this time enjoying it because he gets to drive…you guessed it, a new Jeep!), and the original beloved ‘80s star Molly Ringwald in an Avocados from Mexico ad. Unexpected celebrity pairings were again extremely popular, with multiple stars showing up in Hyundai “Smaht Pahk,” and Sabra’s first-ever, very star-studded ad (more on that below), among others. Also continuing a trend we saw in 2019, the large majority of brands stayed non-political (77% of young consumers believe that Super Bowl ads shouldn’t be political)—save of course the Presidential candidates who ran big-budget ads.

But it wasn’t all repeats. It’s the biggest day in marketing, so every Super Bowl provides a look at some new trends in ad land, and last night was no exception. It was clear that many brands had their eye on next generation viewers. From the rise of a new generation of stars to a slew of brand mashups, here are four ways we spotted ads playing to Gen Z: 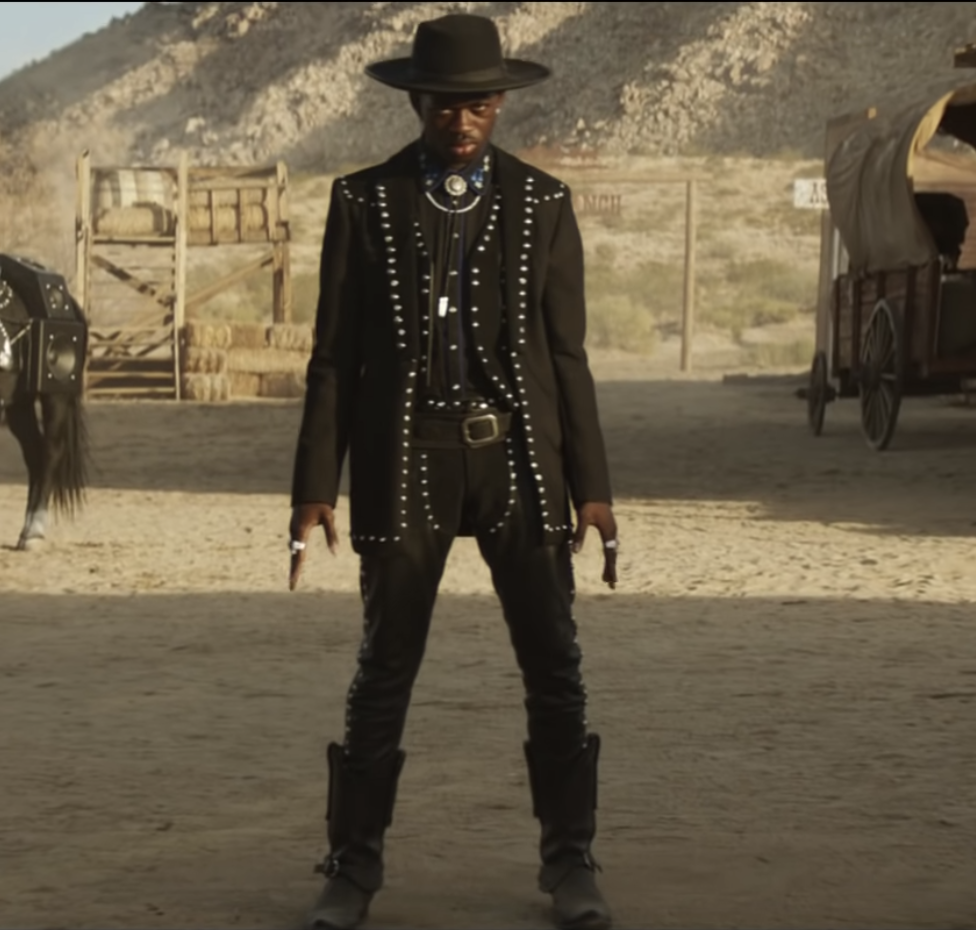 Gen Z Stars on the Rise

Gen Z stars are unique to their predecessors in many ways. They can become influencers from their bedrooms (or even bathrooms), might be famous for “nothing,” or have a viral clip to thank for their notoriety. Regardless, many brands invited some of Gen Z’s most famous faces to the Super Bowl marketing party this year. TikTok creators were a big part of the collection of celebrities who appeared Sabra Hummus’ #HowImuss, which featured Kombucha girl and Charli D’Amelio—who also got to revive the “Ok Boomer” trend in the spot. Doritos jumped in on the Gen Z trend too, featuring Lil Nas X and his infamous “Old Town Road” runaway hit (which first went viral on TikTok before being released in December 2018, and is still a favorite among young consumers). Lil Nas X is the perfect example of a Gen Z celeb—he started as an internet personality, made his record-breaking bop while being veritably unknown, promoted it with memes, and came out after it hit number one, becoming the first queer black person to ever win a Country Music Award. Gen Z might not be following previous generation’s path to stardom, but brands are clearly happy to have them. 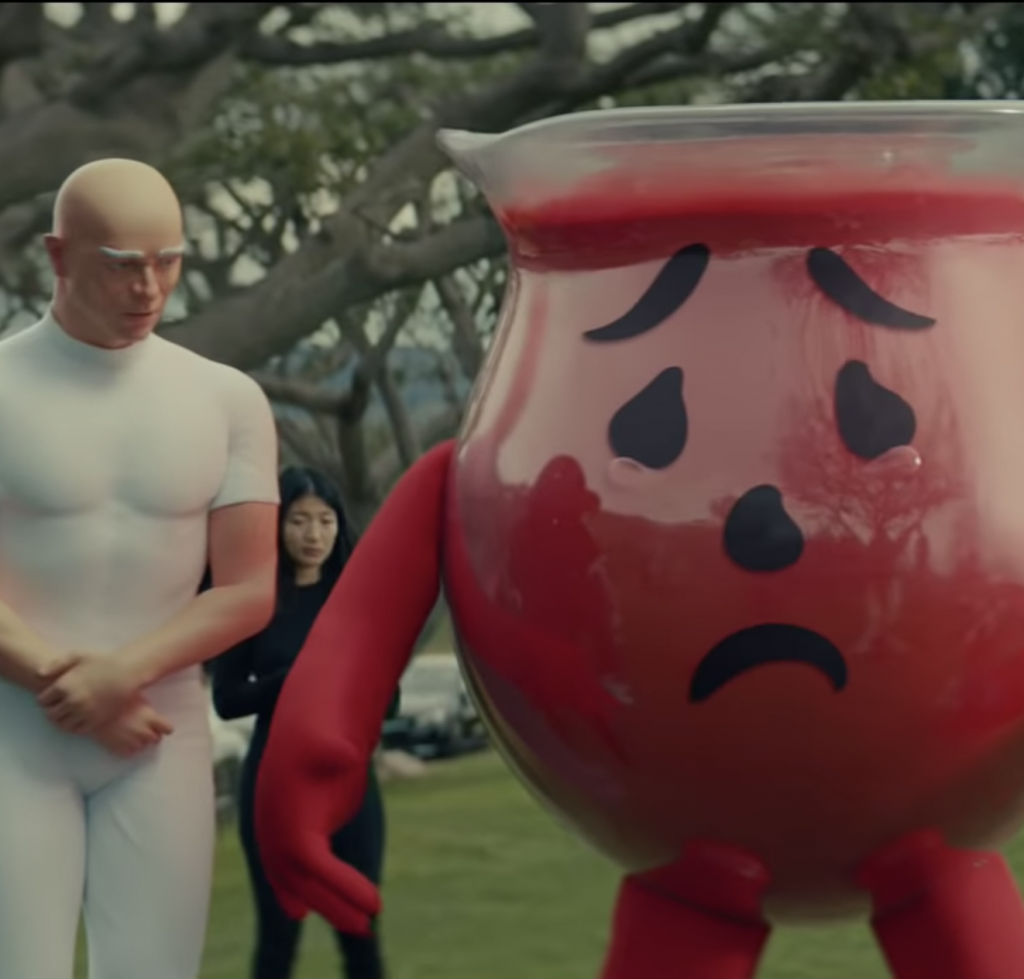 All (The Brands) Together Now

Last year, we saw some unexpected brand pairings in Super Bowl spots, including a Bud Light and Game of Thrones team up. Bud Light’s knight also made a cameo in Tide’s Super Bowl spot this year, but several brands took the concept to a new level, throwing as many brands together in one spot as they could. Leading up to the Super Bowl, Mr. Peanut was killed off in a devastating and dramatic ad, with Planter’s promising a follow-up during the Super Bowl. It turned out that his funeral was attended by other famous spokescharacters, including Mr. Clean and the Kool-Aid Man—whose tears led to the Mr. Peanut’s reincarnation as a baby nut. (Who is now, unsurprisingly, a meme.) But P&G’s commercial was even more of a brand party—literally. Their spot “P&G Presents: When We Come Together, an Interactive Super Bowl Party, America’s Choice” (yes, that’s the name) was a scene from a party attended by Old Spice guy, a new Bounty super hero, Mr. Clean, Busy Phillips talking up Olay, a Charmin bear, Febreze, and Head & Shoulder’s spokesperson Sofia Vergara. Of course, with ad time so expensive, pushing as many products into one spot makes a lot of sense financially. But at the same time, these brand mashup commercials feel like an ad representation of the brand conversations and interactions that are now common occurrences on social media. If Mr. Clean and the Kool-Aid Man can banter on Twitter, why shouldn’t they appear in a commercial together? 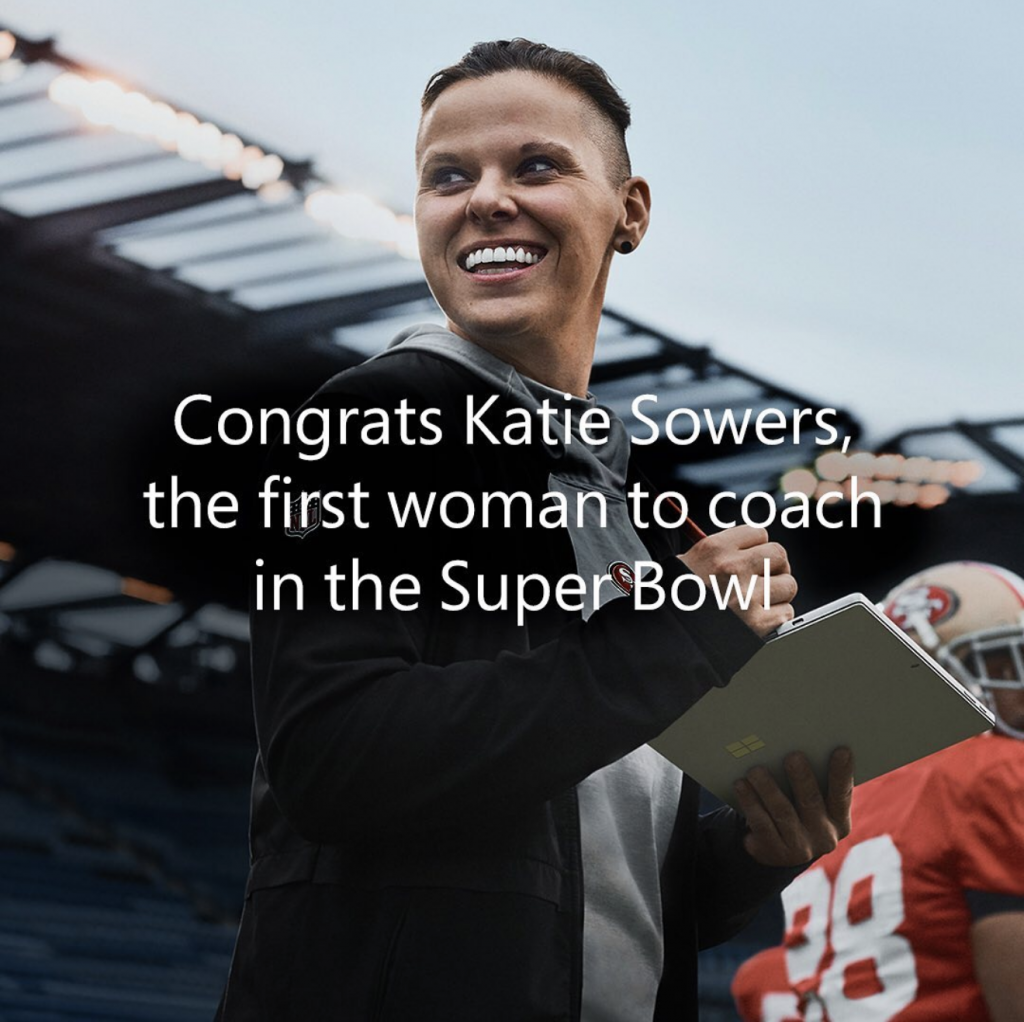 This year’s ads (and performances) may have been the most diverse yet—and female representation was a major theme. Between the first drag queens to feature in a Super Bowl ad and Microsoft’s “Be the One” ad featuring Katie Somers, the first woman to coach during a Super Bowl game and her journey to get there, this year, brands seemed to understand the importance of thinking outside the box and boosting their viewership among young consumers who want more realistic and diverse representation in their ads. This wasn’t a welcome change for every viewer, with One Million Moms protesting the historic inclusion of drag queens in a Super Bowl spot. However, it was a smart move for advertisers who wanted to appeal to younger viewers: According to YPulse’s research, 62% of young consumers agree that “brands oversexualize people of my gender,” and 72% feel positively about brands that “feature diverse models in an ad,” so more inclusive spots likely felt like a much-needed change of pace. 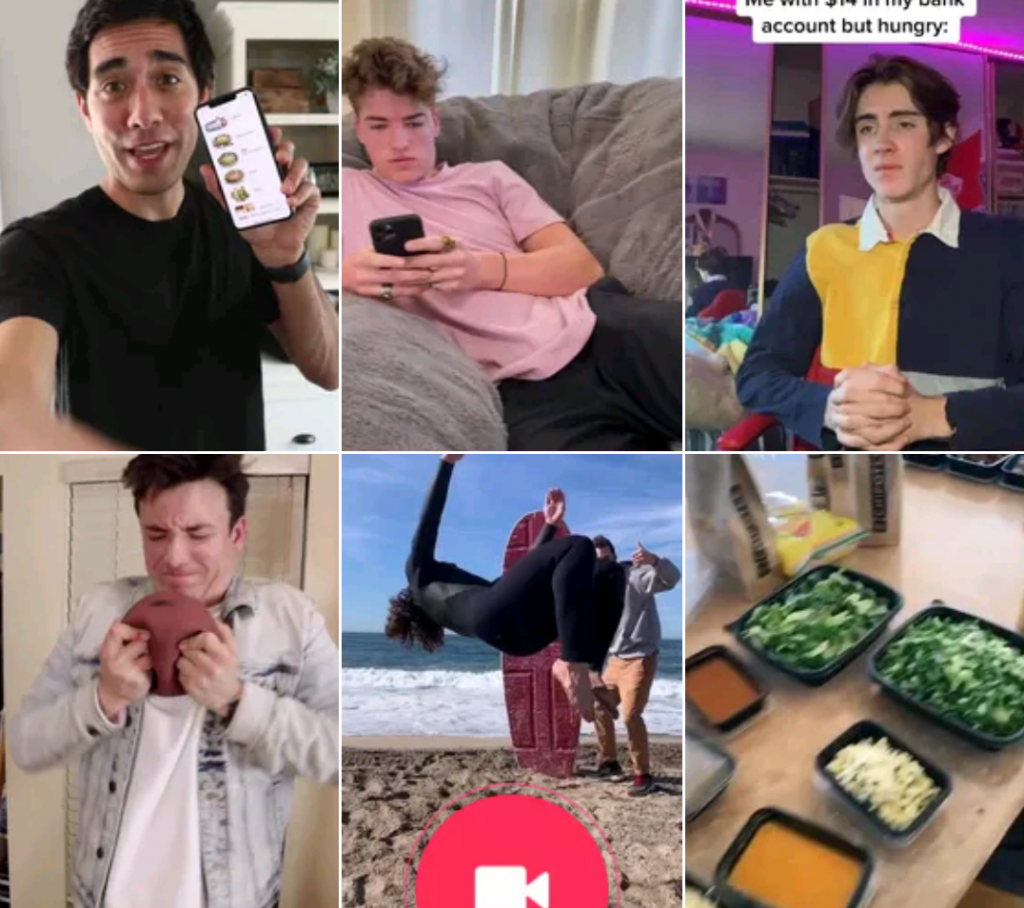 Sitting Out the Super Bowl

Of course the reality is that Gen Z is less likely to be watching a TV screen than any other generation, so while big-budget Super Bowl ads aren’t going anywhere, some brands are appealing to younger consumers by playing off the big game in completely different ways. Mint Mobile didn’t run an ad during the game, but instead gave away the budget for one. Via owner Ryan Reynolds (yes, THAT Ryan Reynolds) they offered three months of free service to users who signed up during the Super Bowl. His reasoning? Instead of spending $5 million, “we could literally give away over 300,000 months of free service and still save money.” As we discussed last week, several brands also brought the Super Bowl party to the social platforms that Gen Z is spending their time on. Chipotle sat out the game, and instead teamed up with TikTok to promote the #TikTokTimeout—commercial break clips on the platform featuring Gen Z favorites like David Dobrik, Zach King, and Bieb’s infamous new single “Yummy.”