From brand Twitter to podcasts, these are the marketing trends that emerged as brands tried to reach young consumers this year—and that show no signs of slowing down… 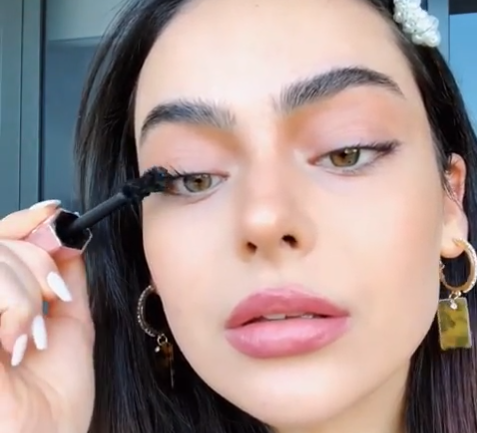 No, we can’t talk about marketing in 2019 without talking about TikTok. This year, thanks to TikTok’s reputation as a haven for Gen Z and Millennials, and major growth in user numbers, brands and agencies are investing big money on TikTok via ad buys, partnerships, and original songs for the platform. Big-name advertisers such as Ralph Lauren, Chipotle, Eos, Too Faced and e.l.f. experimented with marketing on the platform, and campaigns went viral with young consumers. Brands have found success on the app by creating viral challenges that feel organic, and entertaining. Chipotle’s TikTok challenges are just one example, earning them millions of views. After a video posted by an employee received 1 million views, the chain started a partnership with TikTok—the first major restaurant brand to do so. They turned challenges inspired by organic content into branded hashtag campaigns that invited users to participate, and their #GuacDance challenge helped to “drive Chipotle’s biggest Guacamole Day in history.” The brand’s original video has been viewed 1 billion times. The Verge reports that right now, influencers on the app still get paid less than other platforms, with brands getting “amazing reach” for a “fraction” of what they spend on Instagram and YouTube. But young creators with millions of followers are likely to start demanding more, so brands should expect that price tags will start to increase.

Vulture laid out a brief history of Brand Twitter in June, and called 2019 the year “Brand Twitter drives off a cliff.” Brands have been acting like people on social media for a few years, shifting from traditional marketing content and posting  sterile ads to publishing meme after meme and going viral for trolling fans and competitors. As Vice explained, many brands (mainly food and beverage) are “behav[ing] like real people with idiosyncratic personalities” on social media to connect with young consumers and “stand out it in a crowded marketplace.” This year, Brand Twitter—as this trend has come to be known—went wild, with brands like Sunny D becoming too human for comfort, Popeye’s and Chick-fil-A going to war on the platform, and Vita Coco threatening to send someone a jar of pee. (Seriously.) While there is of course backlash (like the “Silence Brand” meme responses) overall acting not just like people but like people in on all the jokes on the internet is paying off. Marketing Dive reports that Corn Nuts’ upped sales by 12%—with no paid support—after infusing their social content with more personality. And brands continue to go viral for their crazy online antics. Just this month, Netflix went viral for jumping onto a popular meme with a marketing twist, “innocently” asking “what’s something you can say during sex but also when you manage a brand twitter account?” The question was uniquely applicable to those running brands’ social media, and those brands did not hesitate to respond. The thread blew up, with everyone from Pepsi to Kettle Chips to Hot Pockets giving their own cheeky (ok, dirty) responses. The original tweet now has 110.6K retweets and 436.8K likes—and Fast Company called the incident “peak Brand Twitter.” Though not everyone might like the way things are going, YPulse found that overall young consumers do: 69% of 13-37-year-olds say it’s funny when brand accounts on social media act like people. So we’ll definitely continue to see wild brand activity on social media in 2020. 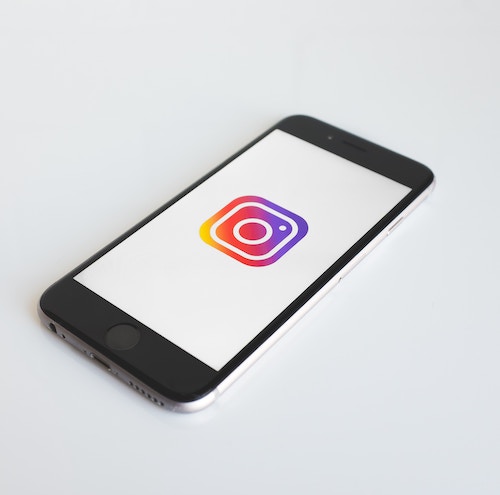 Ok, TikTok had a big year—but it’s not the only social media platform brands were playing with. Ad spending on Instagram Stories surged 70% this year, according to Mobile Marketer. YPulse’s social media survey shows 40% of Gen Z and Millennials use Instagram Stories, making it the most popular social media feature across platforms. Marketers are flocking to Instagram Stories to capture these young users, and the increase in spending indicates they’re seeing better returns there than on other platforms. For the social media giant, it’s proof that Instagram is essential in staying relevant with young users—and as we’ve reported, though other platforms (yes, TikTok) are showing big growth, Instagram is still the top platform that young consumers are using. We expect that the popularity of marketing on Stories will only continue to grow, especially as metrics on the platform shift. As Digiday reports, influencer marketing deals are beginning to focus on performance, rather than follower counts, as brands look for more clear ROI. Popularity isn’t enough to sell an influencer anymore, as fake and unengaged followers plague the industry. Performance-based payment systems are becoming more common, requiring more transparency and trust between an influencer and brand. Now, marketers paying attention to conversion metrics, and the rise of Instagram Stories has helped fuel the shift as actions like swipe-ups, and sticker clicks are trackable through the format. 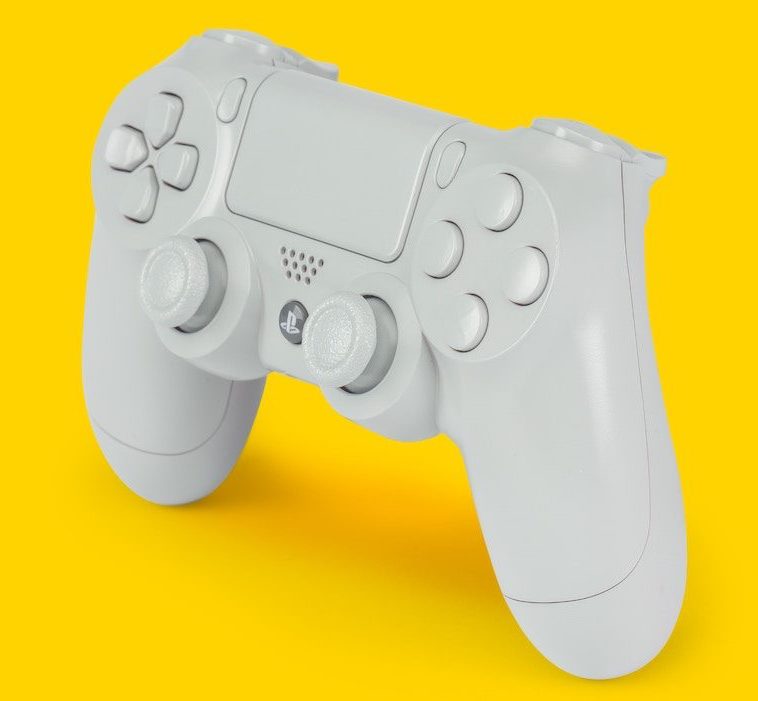 YPulse’s Esports Levels Up trend found that 90% of Gen Z & Millennial esports viewers said that more brands should get involved in the game streaming, and last year we called esports “The Next Frontier For All Brands, Regardless of Industry.” This year, it seemed that brands got the message. We saw a wave of “non-endemic” brands dip their toes into the esports space—in an effort to reach what Adweek calls “elusive” Millennial males, and female gamers. Wendy’s set the bar high when they racked up 20,000 followers and 43,500 chat comments on their Twitch channel after a few popular livestreams. Sponsoring teams has become a go-to move, and according to Wall Street Journal, Bud Light just became the Overwatch League’s official sponsor, and Nike has a four-year contract with China’s League of Legends. This year, Budweiser even trademarked their status as “the official beer of esports,” “the official beer of gaming,” and “the official beer of gamers”—signifying their commitment to the space. Pizza Hut leveled up their esports marketing as the official sponsor of the Madden NFL 20 Championship Series, a gaming competition held by EA Sports, and blanketed the in-game stadium with their branding to reach young gamers through their screens. Unexpected brands like Bumble, MAC, and Five Below also jumped into esports with sponsorships and even incorporating gaming into stores. According to YPulse research, 26% of 13-37-year-olds, and 32% of 13-18-year-olds, watch esports content every week, so more brands hoping to reach young consumers who ignore traditional advertising will definitely be joining the esports party next year.

Young consumers are fueling a podcasts frenzy, prompting media giants, marketers, and big brands to jump into the medium as fast as they can. According to our 2019 entertainment survey, 70% of Gen Z and Millennials are listening to podcasts, and 37% of 18-37-year-olds listen to podcasts weekly or more. An Ipsos-iHeartRadio study pointed out that Millennials listen to more audio than any other generation, thanks to their love of podcasts and music, per Ad Age. The study also found Millennials listen to more types of audio, at more times, and in more places than any older demo. According to Adobe Analytics, 25-34-year-olds caused a 60% rise in the number of people listening to podcasts via mobile apps, when compared to January 2018. Brands are keeping a close eye on the podcast boom, and they have a clear cash incentive: Adobe’s study reports that six in ten listeners look up products and services they hear about in podcast ads, and nearly a quarter actually buy something, and a BBC study found that listeners who avoid ads are 22% more engaged, emotionally involved, and likely to remember a brand mentioned in a podcast, versus one mentioned in a TV commercial. So it’s no wonder that brands are flocking to the medium. According to the Podcast Revenue Report by IAB and PwC,  “marketers spent $479 million to advertise on podcasts in the U.S [in 2018]., an uptick of 53 percent from $314 million in 2017.” They predict that “revenues will top $1 billion in 2021.” It’s not just advertising on podcasts that’s growing. This year, we also saw brands like Trader Joe’s and McDonald’s launch their own podcasts to capture fans, and entertainment powerhouses like Marvel getting into the podcast game to reach young listeners.

As young consumers shift more of their spending online, retail brands are rethinking the purpose of their brick-and-mortar stores—and shifting to a showroom mentality. Keeping huge inventories in locations that span city blocks doesn’t work anymore—just ask Forever 21 or Toys R Us, both of which have gone bankrupt. Rather than being places to buy things, IRL locations are increasingly being used to engage with customers in meaningful ways and build communities of avid brand fans. This year, we saw more brands open spaces (not stores) that are about interacting with products and providing experiences without actually selling anything. Retailers like ThirdLove, Lululemon, and even Nordstrom have created new physical locations that focus on awareness and connection, not revenue. ThirdLove explains to Modern Retail, “The store is partly a marketing tool, just as you would think about putting an ad on the TV or running an ad on Instagram…We don’t consider it just a customer acquisition tool. It’s a way to help customers find the right fit, and also build the brand.”

In January, we called out five brands that were tapping into the ASMR trend—and it was just the beginning of the ASMR marketing that came out in 2019. Michelob Ultra tapped into the internet trend for their Super Bowl ad, which featured Zoë Kravitz whispering into two microphones in the middle of a pristine wilderness, while making oddly-satisfying sounds using a bottle of Pure Gold, the brand’s organic brew. In August, Apple triggered tingles with ASMR videos like “Whispers From Ghost Forest,” all shot on iPhones. Reese Canada even released an ASMR feature film, showing five customers’ five-step “Reese Rituals,” which include everything from slowly eating the peanut butter cups’ edges to starting off by smooshing it. Young consumers are intentionally turning to content as mood boosting medicine, and ASMR is one of the most obvious examples of the trend. It’s also an easy way for brands to create unexpected marketing that young viewers actually want to watch (or listen to, depending)—so expect the ASMR marketing to continue.