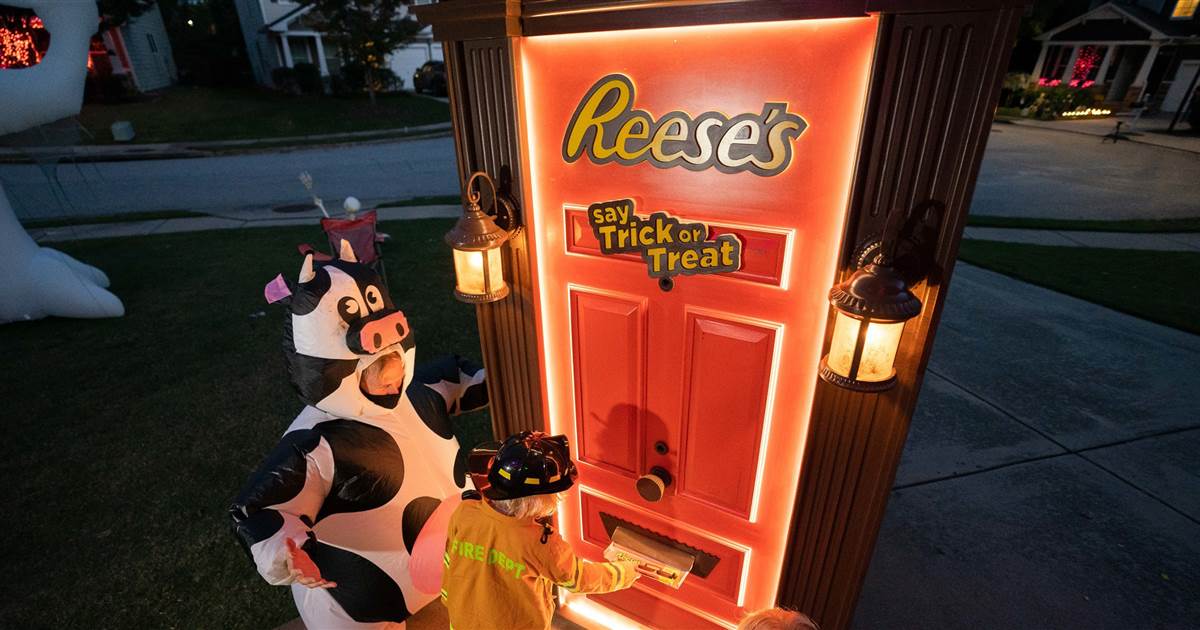 These marketing trends that were born out of necessity this year, but brands should definitely keep them going…


2020 was certainly an unprecedented year for everyone. Young consumers’ milestones, social lives, routines, schooling, careers and more were upended. Meanwhile, brands were forced to quickly adjust to many, many new realities. Though many brands struggled to find the right tone in messaging when COVID-19 hit, as time went on marketing success stories began to emerge. Brands began to think outside the box to make social distance and experience marketing coexist, and really began to get the hang of marketing during the pandemic by getting creative, creating moments of joy, and making marketing more personal—and that was just the start.

But while new approaches and tactics might have been born out of necessity, many have proven successful in reaching and engaging young consumers. Being forced to break marketing molds took many brands in directions that they should continue to embrace. Here were five of the trends that were born in 2020—but shouldn’t be thrown out in the new year: 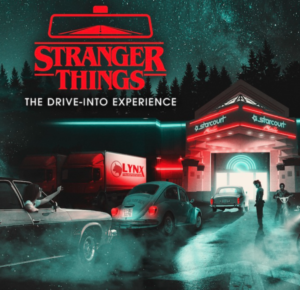 This year, young consumers had a change of heart—about cars. Though the majority of Millennials did in fact already own cars pre-2020, appreciation for vehicles has increased significantly. YPulse’s Driving Forward trend report found that 25% of 18-24-year-olds have become more interested in buying a car because of COVID, and 79% of young car owners say because of COVID, they appreciate their car more. During this year, cars were taken out of everyday routines (with commuting dropping significantly) and instead began to be viewed as a way to escape. Hitting the road was one of the ways that young people (safely) kept some experiences in their lives during 2020, and during this time brands began using cars to reinvent brand experiences for consumers. Throughout the pandemic, brands experimented with launching drive-thru and drive-in events, using cars as social distance compliant ways to immerse people in media, marketing, and more. Food delivery service Resy “redefined the fine dining experience” with a drive-thru concept that transformed empty parking lots into spaces featuring chefs and popular restaurants where attendees can eat a 10-course meal in the comfort of their own car, while Impossible Foods hosted a drive-thru car wash event where visitors received packages full of their patties and swag bags. Beauty brand Dermalogica hosted a drive-in “masque and movie” night that featured only  a movie, but a “live masterclass” on how to use their new products. Meanwhile, Freeform, Hulu, and Disney+ all hosted drive-thru and drive-in movie screenings for their films (both old and new) and holiday content lineups. Recently, Netflix adopted the trend by applying it to one of their most popular shows. Last month, they debuted the Stranger Things Drive-Into Experience—and so far, it’s proven to be a success. Tickets are sold out all the way through February 2021. If there’s anything that these sold out drive-thru and drive-in events show, it’s that this type of experience marketing is guaranteed to continue to be popular in 2021. 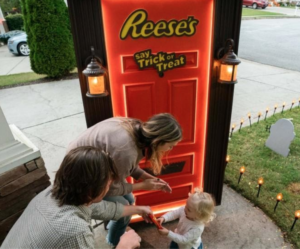 With indoor gatherings and events no longer a realistic possibility in 2020, many companies had to find a way to tackle “pandemic marketing.” Drive-thrus and drive-ins were one way, but brands had to find an alternative to reach those without cars too. Some brought the vehicles to their customers. Babe Wine set up a “mani truck” to offer consumers free manicures, while the Blue Bunny drove around an “ice screen truck” to host a socially distanced movie night (and serve up some ice cream). Other brands found ways to creatively import surprises, and prizes, into neighborhoods and backyards. During Halloween, Reese’s unveiled a robotic, remote-controlled Trick-or-Treat Door to hand out candy to trick-or-treaters. Other alcohol brands got innovative as well. Natural Light targeted college students who had to learn remotely this year with a “Dorm From Home” in their own backyard so they can recreate the experience of living in a dorm—and have their own privacy and space. And since young drinkers couldn’t go out to bars anymore, Miller High Life gave away one “branded, furnished brand bar” to one lucky consumer in their own backyard full with tap handles, artwork, barstools, a popcorn machine, sticky floors to encapsulate the “dive bar” feel: Doors to conventional enter and exit, and a supply of beer that is expected to “last through the end of 2020.” Meanwhile, Dos Equis released a “seis-foot cooler” so friends could stick kick back and join each other for a drink—from a distance. These out-of-the-box marketing moves might not have happened last year, but they should happen next year, because each provided a dose of joy in unexpected places and gave brands a needed personal touch. 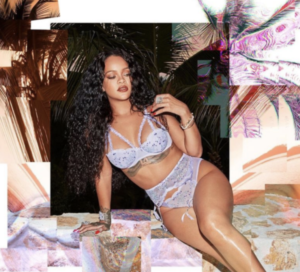 Because of social distancing and budgets downsized during the pandemic, brands had to get creative with the way they shoot, film, and style their ads in-lieu of in-person shoots. According to one YouTube executive, COVID-related ads didn’t “perform any better than regular COVID-related.” Instead, spots with more “scrappy” production have been outperforming them, and some brands certainly delivered. Actor and Mint Mobile owner Ryan Reynolds started in a DIY commercial where he shared his desktop screen while showing viewers a series of “silly low-fi” slides from a PowerPoint presentation on why they should use his mobile service. Oreo also released ads with content they pulled from social media—turning smartphone videos in TV commercials. Meanwhile, Zara was one of the first fashion brands to host self-photo shoots from home. The company sent clothes directly to models who photographed themselves around their homes with iPhones. Rihanna’s lingered brand Savage x Fenty also launched a campaign over the summer that combined self-shot images from models, influencers, customers, and RiRi herself, with the help of mixed-media artist Rafatoon to edit and reimagine the pieces.  With less opportunities for photographers and videographers to meet up with models and actors, being able to find alternatives to work together (but remotely) quickly became the norm during the social distancing era. All of these self-shot campaigns and product materials echo the more authentic, real imagery that young consumers consume and create on social media—and so feel far more natural appearing in their feeds. Pre-pandemic, we were already seeing the seeds of this trend of “unstyled” photo shoots: YPulse’s Cult of Ugly trend reported that the “ugly aesthetic” was beginning to trend in online advertising, with lo-budget-looking content popping up on branded feeds. Amateur-feeling livestreams, and deliberately random or lower-quality GIFs, memes, and videos stand out online in contrast to the highly polished and glossy ads that young consumers have gotten all too used to. Our research revealed that 84% of young consumers agree “I like when content from brands is not perfect,” and 79% agree “I’m tired of seeing perfect/polished images in advertising.” Brands should take note and make their creative ad solutions permanent ones if they want to continue to appeal to these generations. 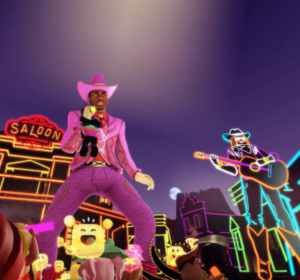 During quarantines, gaming has expanded beyond just, well, gaming. YPulse’s recent Gaming report found that 94% of 13-39-year-olds have played video games in some capacity during lockdowns so it isn’t a surprise that brands started using those spaces to market to young consumers more this year. With concert venues, movie theaters, and sports arenas forced to close during the start of the outbreak, many industries scrambled to find ways to reach young fans virtually. Some athletes from the NBA teamed up with ESPN for an “ESPN Sports Day” to host tournaments playing on video games like Rocket League, Madden, and NBA 2K. And in April, Travis Scott teamed up with Epic Games to host a virtual concert and tour on Fortnite bringing in 12 million people, which was an “all-time record” for the battle royal game, according to their developer. They also hosted a concert with deejay Diplo in the game’s new “party mode.” However, that isn’t the only type of entertainment-focused event the game hosted either. Filmmaker Christopher Nolan utilized the space for movie nights of his previous films as a way to promote his latest flick Tenet. Minecraft also hosted their own type of event: A musical festival Block by Blockwest headlined by trip hop band Massive Attack. Meanwhile, emerging gaming platform Roblox had its share of in-game events as well: In, they hosted an album launch party featuring pop star Ava Max, and last month, they hosted a concert featuring Lil Nas X. In an “elaborate” setup, a “motion-captured avatar” of the musician performed his hit singles (like “Old Town Road”) on a virtual stage that transformed for each song. He performed across two days with four shows in one weekend. According to the company, it garnered 33 million views in total across the performances. With other entertainment sectors, like the music and movie industries, suffering during the pandemic, gaming spaces proved to be a saving grace for artists and athletes. But these events also showed the potential of in-game activations, and virtual experiences. Their massive popularity this year provided a blueprint that could be followed by the music industry and more going forward. 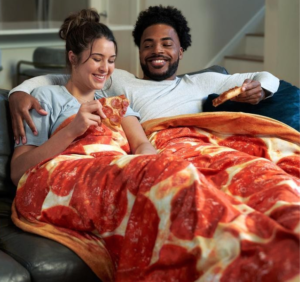 Everyone’s mental health was impacted during COVID—especially young peoples’. YPulse’s State of Mind trend report found that [number]% of say their mental health has been impacted negatively by Coronavirus. Mental wellness quickly became a major entertainment trend as brands stepped up to address and support their mental health and well-being. Suddenly, it seemed like everything was a mental wellness product and brands of all sorts began shifting their messaging to promises of “peace” and “relief.” Usage for meditation apps like Calm and Headspace in particular surged—and they even got their own television shows on HBO Max and Netflix. But brands didn’t have to be in the mental wellness space to join in the trend and tap the anxiety economy. Many unexpected companies released new products to specifically alleviate consumers’ stress. Pizza Hut and Gravity’s weighted blanket sold out almost immediately after dropping, Pepsi released limited-edition spa kits with exfoliating cola-scented Pepsi sugar scrub, a Pepsi Blue face mask, and a Pepsi cola-scented bath bomb. Colgate-Palmolive teamed up with Headspace to offer weekly programming in the “Hum by Colgate” app, which connects to its line of smart toothbrushes. As part of the collaboration, Headspace is hosting “Mindful Moments” programming to help support healthier daily habits and urge toothbrush owners “to smile more often.” Meanwhile, leading up to the election, brands like Babe Wine and other wellness companies released survival kits full of various products like alcoholic beverages, stress balls, or pillows that say “Scream Here.” Young consumers were already making mental health a focus pre-COVID, and they’re looking for resources and stress escapes more than ever. That’s certainly not something that will end when the year is up. 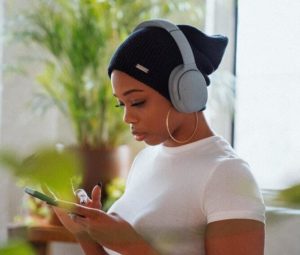 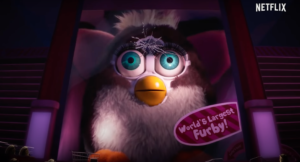 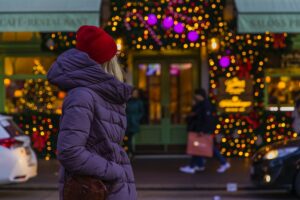