Brands have been forced to get creative to make ads during quarantines, and the results are actually more suited to appeal to young consumers…

With social distancing measures still in place and budgets downsized, brands have been forced to be creative with the way they shoot, film, and style their ads in-lieu of in-person shoots. Since the start of quarantines, airwaves and social media have been filled with campaigns shot in homes, crowdsourced from consumers, and in general far lower-quality than most traditional brands are used to—and they shouldn’t go back.

Coronavirus has helped to spur (and accelerate) many marketing trends—including the style of commercial images and videos being created. Of course, there was a trend of “here for you” during “unprecedented times” commercials featuring inspirational music, shots of empty streets, and messages of unity. The format quickly became common enough to spawn a parody, as brands strived to strike the right sensitive note during the pandemic. But surprisingly, this genre of ads actually hasn’t had as much of an impact as the ads that look more homemade. According to a YouTube executive, COVID-related ads didn’t “perform any better than regular COVID-related.” Instead, spots with more “scrappy” production have been outperforming them. Google and YouTube’s VP of agency and media solutions commented during a recent seminar, “We’re seeing, by necessity, a lot more scrappy production, You know that’s something brands have historically worried a lot about, in terms of how that would affect perception or results…Those have performed as strongly or better than many of the other ads.”  One of the video sharing platform’s highest performing ads (which “couldn’t be more scrappy”) was from Mint Mobile. Actor and Mint Mobile owner Ryan Reynolds (who states that they were in the middle of filming an “epic” commercial when COVID hit) stars in the decidedly DIY commercial, in which he shares his desktop screen while showing viewers a series of “silly low-fi” slides from a PowerPoint presentation on why they should use the mobile service. It’s an ad that could have been made by anyone with Microsoft Office and a screen recorder, and it’s outperforming any high quality ad running on the platform—paving the way for a future where high-quality commercial shoots aren’t as necessary.

In the last few months, brands like Oreo have released ads that crowdsource content from social media, turning smartphone videos into TV commercials. Scaling down production and putting out what might traditionally be perceived as lower quality marketing content might feel wrong to brands who are used to only releasing glossy, perfect ads. But to young consumers, this DIY-esque content actually feels more natural to watch. They are, as we often say, generations that have been raised on YouTube, where young people just like them make and release their own content. Though influencers and creators tend to amp up their production quality as they get more popular (and make more money) self-edited, lo-fi, and home-shot content are at the core of the platform’s appeal. In fact, 65% of young consumers—and 73% of Gen Z—tell YPulse that YouTube content is more entertaining than TV content. During the pandemic, brands have been coincidentally forced to create the kind of content that young viewers already preferred.

As Kidscreen reports, up until COVID, “high-quality production” children’s content has been the “barometer” for good content. However, according to research conducted in the U.S. and the UK, children’s content that parents often gave the lowest quality scores ranked high among kids for “enjoyment and affinity” likely because of its authenticity. Platforms like TikTok, YouTube, Instagram, and Twitch have all proven that they can thrive and make creative and engagement content without the “bells and whistles” that usually come with big budget TV productions, and can still find a way to be relatable with its young viewers. It’s a shifting definition of what “quality” really means that we see happening in the marketing world as well. 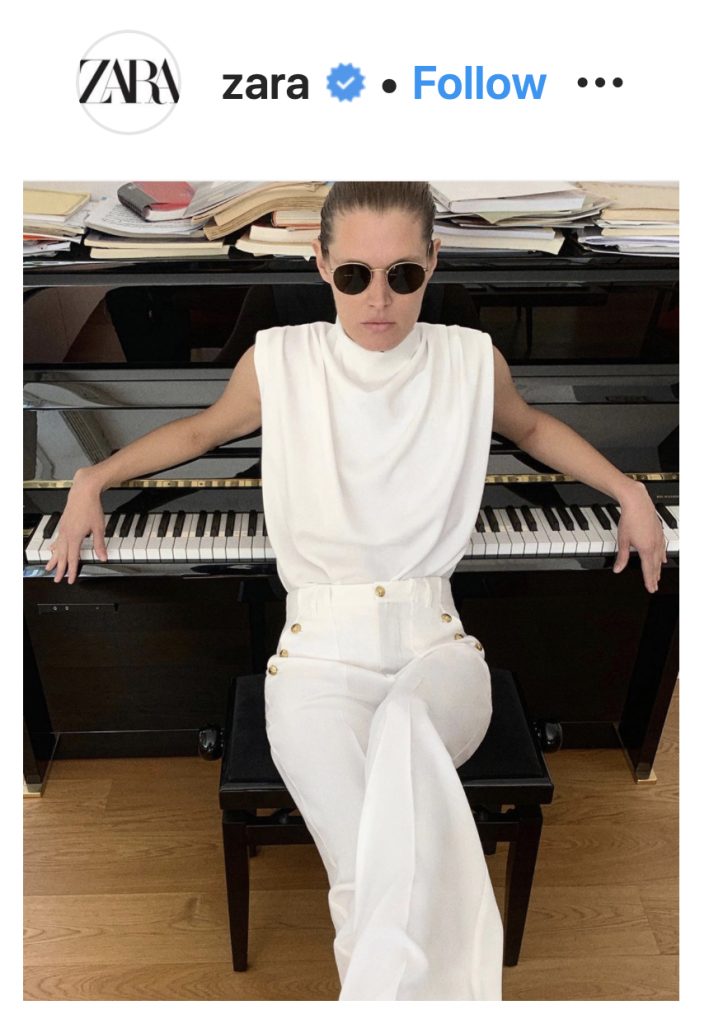 Of course, it’s not just commercials that have gotten a “scrappy” makeunder. Fashion and retail brands have had to rethink their marketing and product presentation in a world where big-budget studio shoots with models are out of the question. Magazines like Essence and Vogue Italia have shot their cover stars over Facetime, and retailers are having influencers and models take selfies to model clothes. Again, the creative results are being received so warmly it’s clear that there’s little reason for them to return to pre-pandemic methods.

At the start of the pandemic, to showcase their latest collections, fast fashion brand Zara sent clothes directly to models who photographed themselves around their own homes with iPhones. Fans of the brand praised them for the “genius” move, and Marie Claire called the campaign “refreshing.” Since then, brands like Free People and Reformation have also been sending pieces to online influencers to shoot themselves in at home, and the latter even hired Instagram influencers as ecommerce models. Meanwhile, Rihanna’s lingerie brand Savage x Fenty is getting creative with their summer campaign with self-shot images from models, influencers, customers, and of course, RiRi herself, hiring mixed-media artist Rafatoon to edit and reimagine the pieces to convey “community, connection and celebration.”

All of these self-shot campaigns and product materials echo the more authentic, real imagery that young consumers consume and create on social media—and so feel far more natural appearing in their feeds. Pre-pandemic, we were already seeing the seeds of this trend of “unstyled” photo shoots: YPulse’s Cult of Ugly trend reported that the “ugly aesthetic” was beginning to trend in online advertising, with lo-budget-looking content popping up on branded feeds. Amateur-feeling livestreams, and deliberately random or lower-quality GIFs, memes, and videos stand out online in contrast to the highly polished and glossy ads that young consumers have gotten all too used to. American Eagle achieved this authentic look for their Spring ’19 campaign, which was shot entirely by teens, on their iPhones. After scouring social media posts hash tagged #AExMe, the retailer found Gen Z creators and handed them over the advertising reigns. Those who were selected had the opportunity to style themselves with their favorite American Eagle pieces and shoot the ads they would want to see. Our research then found that 83% of 13-36-year-olds were interested in a campaign for a fashion brand featuring average teenagers and photos taken with their phones.

That same research revealed that 84% of young consumers agreed “I like when content from brands is not perfect,” and 79% agreed “I’m tired of seeing perfect/polished images in advertising.” In other words, the marketing being created out of necessity during the pandemic is exactly what Gen Z and Millennial viewers have been looking for. Brands should take note and make their creative ad solutions permanent ones if they want to continue to appeal to these generations.

As COVID changes the way Gen Z views skincare, this brand is making sure all young skin...

An indie video game has gotten newfound attention during the pandemic, TikTokers are ce...

As young shoppers try to find alternative ways to finance their purchases, the “buy now...