These 3 Marketing Stunts Were Major Wins This Month 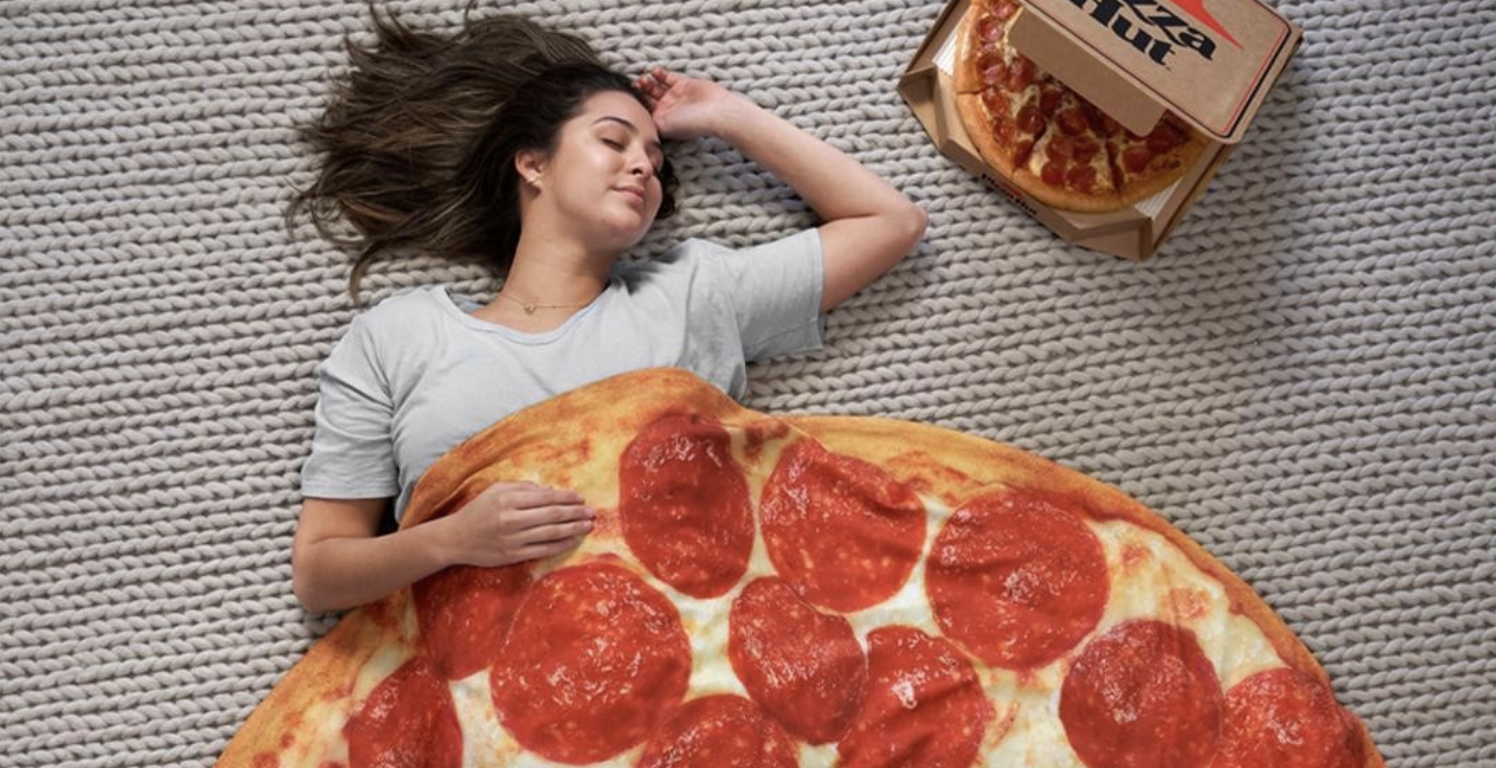 November was a month jam-packed with unique marketing opportunities—from the historic election to a Thanksgiving unlike any before it. And brands stepped up to the plate. From Old Navy’s decision to pay their employees to work at polling stations to Arby’s deep fried turkey pillow, there were plenty of creative and well-received efforts to take on these momentous events. But some of our favorite brand campaigns resulted in not only buzz but real sales. In a month crowded with marketing, these three brands managed to stand out by tapping into some of the biggest trends of the moment: 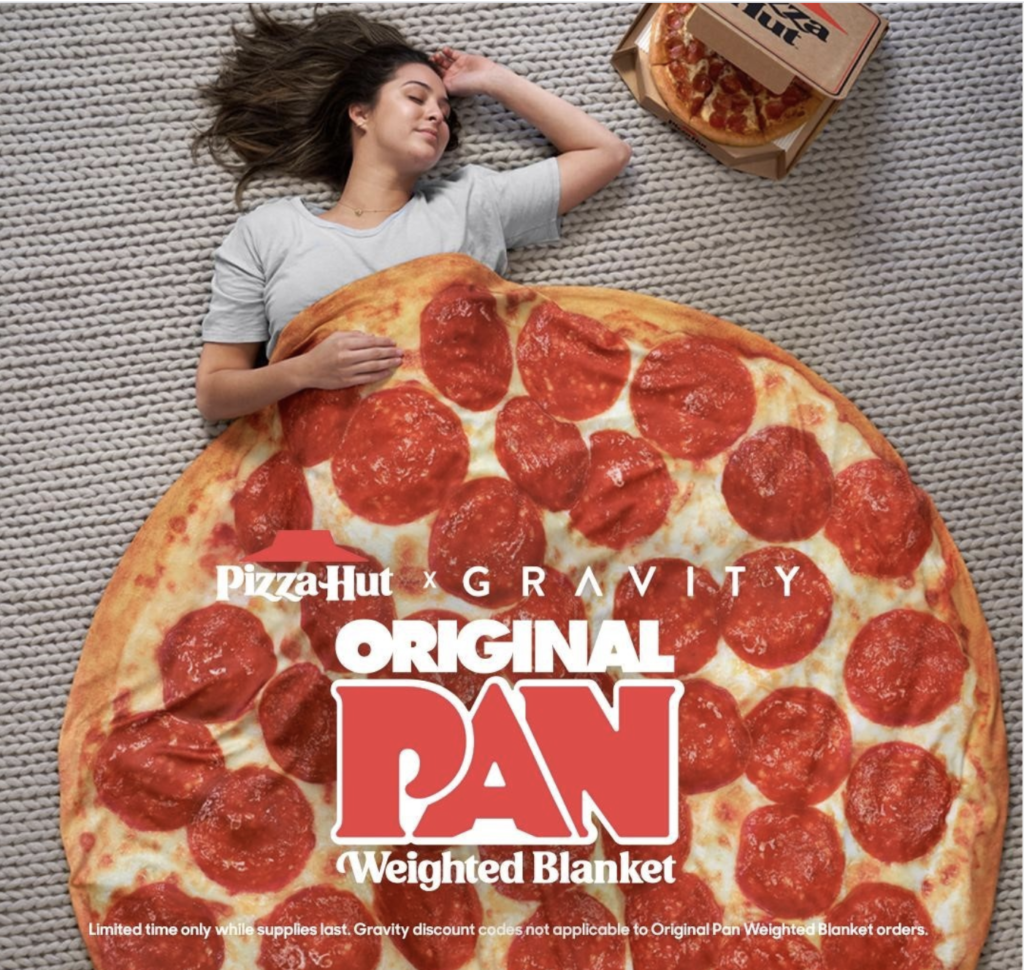 During the pandemic, everything is being turned into a “mental wellness product”—and even Pizza Hut is tapping into the anxiety economy. This month, the pizza chain teamed up with Gravity to unveil a limited-edition $150 Original Pan Weighted Blanket, which weighs 151 pounds and looks like an actual pizza pie. The product description on Gravity’s site explains, “Simulating the feeling of eating a legendary thick Original Pan® pizza from Pizza Hut, the Original Pan Weighted Blanket by Pizza Hut x Gravity Blanket will bring comfort to your entire body… help improve sleep and will probably also make you really hungry.” The tongue-in-cheek take on the therapeutic item was a hit: The restaurant announced the news on social platforms and within hours of dropping, the giant blanket sold out, and comments on the posts demanded that the brand “make more.” Weighted blankets are a prime example of the kinds of calming products that have become even more trendy during 2020: YPulse’s No Place Like Home research found that 18% of young consumers have purchased an anxiety-reducing product like weighted blankets or massagers since COVID began, and 36% have become interested in purchasing one. Pizza Hut’s partnership with Gravity proves that all brands have an opportunity to speak to stressed out young consumers with innovative takes on self-care. 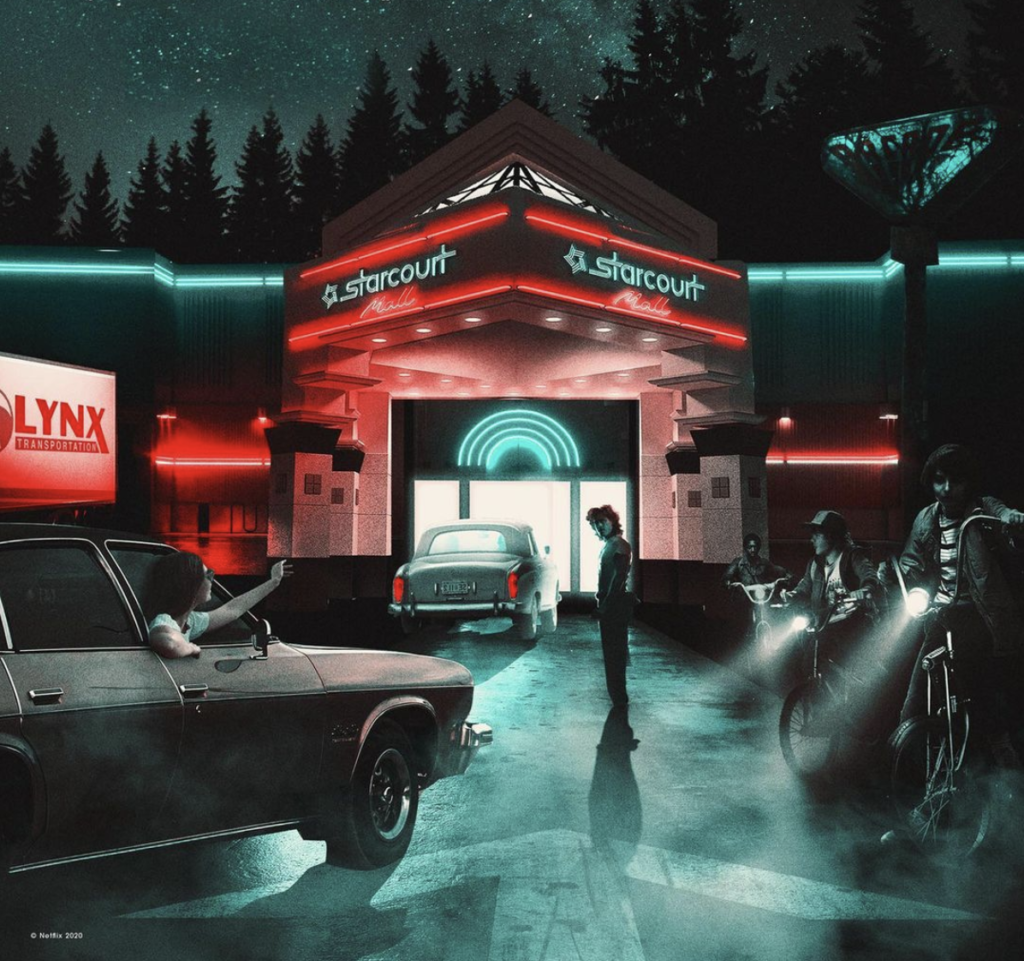 Netflix’s Stranger Things Drive-Into Experience
During the unique circumstances of 2020, brands have turned to using cars to create experiences for young consumers, and Netflix is the latest to come up with an immersive drive-in experience. Or “Drive-Into Experience,” as they’re calling it. The streamer teamed up with Fever and Secret Cinema to transform a massive parking lot in downtown LA into Hawkins, Indiana (the fictional town where the popular series takes place) and allow visitors to “travel back in time to 1985 and become a Hawkins resident – in real life.” Fans drive through a “portal” where they can “customize” the theme of their experience before reaching the parking lot. From there, they’re greeted by employees dressed up in costumes inspired by the series, drive through iconic locations from the show like the Starcourt Mall or Hawkins High School, and watch actors playing the series’ beloved characters reenact scenes. Visitors are encouraged to “dress for the occasion” and can buy everything from “Scoops Ahoy” ice cream to show merch in the beginning and end of the hour long event. Just how in-demand is the immersive experience? The Stranger Things Drive-Into tickets are sold out through February 2021, and the event has already been extended to March 2021. Though there are no current plans to expand to other cities, considering the success we wouldn’t be surprised if they took the show on the road, and according to the site’s FAQ, “nothing is out of the question in the future.” 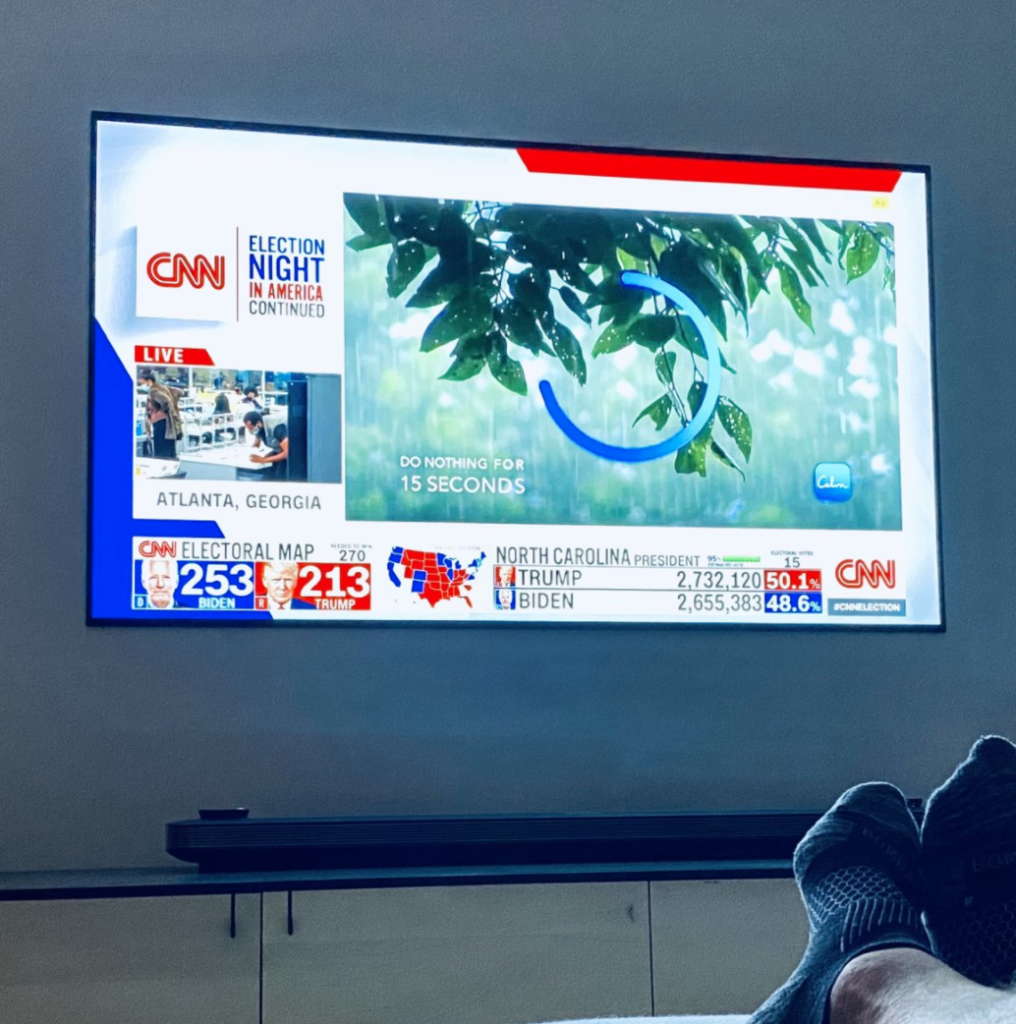 Calm’s Election Day CNN Sponsorship
Of course, we can’t talk about November marketing without touching on Election Day. While some brands came under fire for election marketing “missteps,” meditation app Calm’s sponsored ad campaign for the election gave them a boost. As the results began to roll in on after the polls closed, some viewers noticed something different during CNN’s “Key Race Alert” coverage. On the corner of their screens, the Calm logo popped up reminding the audience to relax during a stressful time. Users on social media started reacting to the ad with some saying they felt “trolled,” and others saying it made them laugh. A spokesperson for Calm told Teen Vogue that the goal was to remind viewers to “take a breath.” “We understand the uncertainty of this election cycle can be a source of anxiety for many of us, especially as it coincides with an ongoing pandemic. Our goal during CNN’s Key Race Alerts was to provide viewers a moment of Calm, and a reminder to take a deep breath during a stressful night,” the spokesperson said. The ads on CNN seem to have been effective: Sensor Tower and App Annie reported that Calm moved up 20 ranks from the day before Election Day to reach number 79 overall across both apps and games in the U.S., and reached number 1 in the U.S. Health & Fitness category. YPulse has tracked the popularity of meditation apps among young consumers, and Calm’s savvy and unexpected Election Day sponsorship clearly won them even more fans. 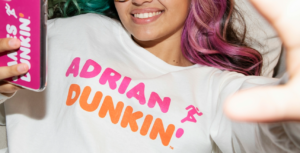 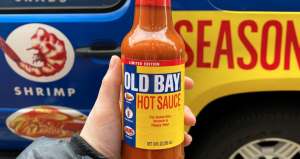