How These Programs Are Supporting Next Gen BIPOC Artists & Creators 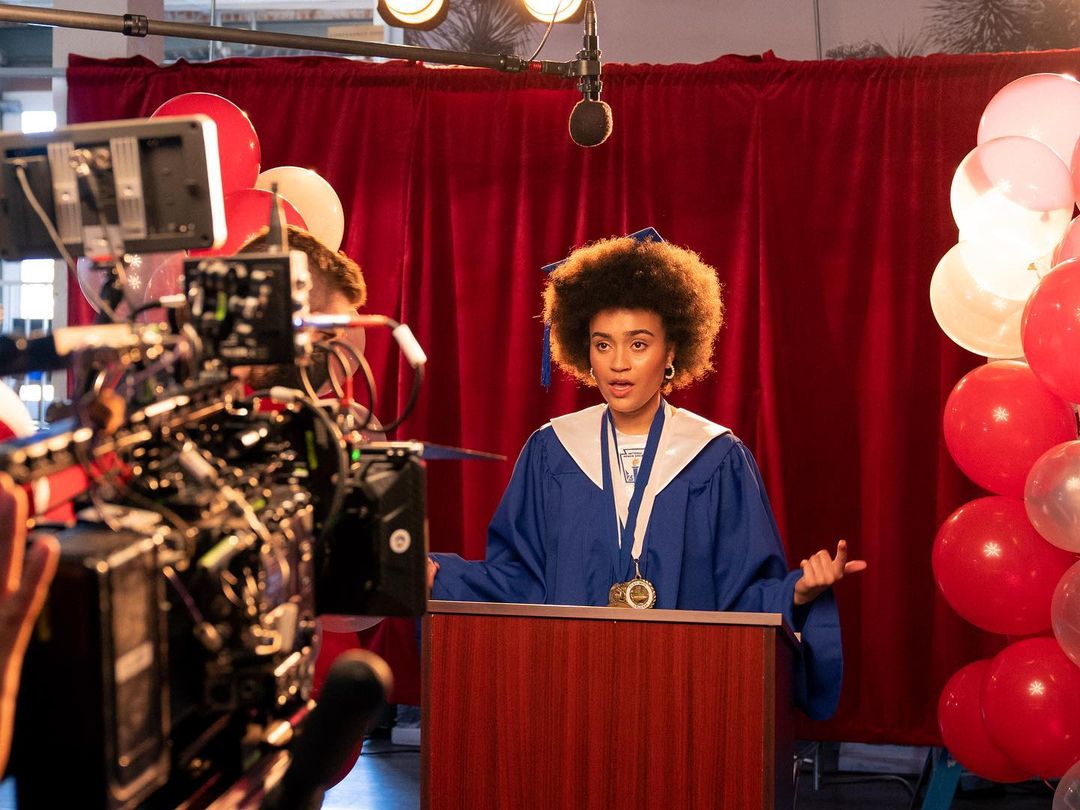 After the Black Lives Matter protests last summer, brands faced a reckoning as young people and activists called out certain companies for not being diverse or inclusive enough, both externally and internally. The arts and entertainment industry felt heat too: Gen Z and Millennials have called out movie studios for whitewashing characters, or not featuring enough diverse casts. BIPOC actors (like, the cast of Kim’s Convenience) spoke out about racist characters and storylines behind-the-scenes. YPulse’s Representation in Action trend survey found that 51% of 13-39-year-olds believe stories centered around BIPOC individuals should be written by BIPOC individuals. Meanwhile, musicians spoke out about the inequalities they face in the industry.

However, 63% of 13-39-year-olds tell us they don’t think brands have been doing enough to support #BlackLivesMatter and diverse initiatives, and they don’t think racism is improving. But that doesn’t mean the industry doesn’t have the opportunity to improve. In the last year, major players and media brands have launched programs and initiatives to help support up-and-coming BIPOC students and creators in the arts and entertainment industry. YPulse’s recent employment and career goals report found that 47% of 13-39-year-old BIPOC consumers would like to have a job in the arts. Here are six programs that have been created to help creative BIPOC young people achieve their dreams: 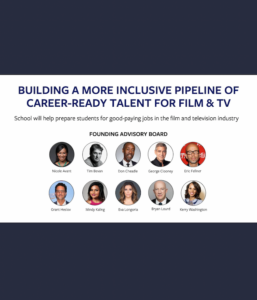 The Roybal School of Film and Television Production
To make Hollywood “more inclusive,” a plethora of high-profile actors—including George Clooney, Don Cheadle, Kerry Washington, Mindy Kaling, and Eva Longoria—will be co-founding The Roybal School of Film and Television Production, a high school for marginalized communities beginning in fall 2022. It is a magnet program created in partnership with the Los Angeles Unified School District (LAUSD), and curriculum will center around film and TV production, and provide educational tools and practical training centered in the arts and sciences of filmmaking. It will give students a “robust academic education, practical training and access to renowned storytellers and other industry professionals and experts from Hollywood” and offer a dedicated internship initiative. According to Clooney: “Our aim is to better reflect the diversity of our country. That means starting early. It means creating high school programs that teach young people about cameras, and editing and visual effects and sound and all the career opportunities that this industry has to offer. It means internships that lead to well-paying careers. It means understanding that we’re all in this together.” 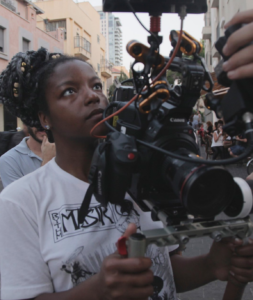 Neutrogena Studios x Ghetto Film School’s First Frame Program
We told you how brands have been making their own movies to market to young consumers, with Johnson & Johnson-owned skincare brand Neutrogena launching its first brand content studio to produce original programming that inspires consumers and educates them on taking care of their skin. Their first film was the documentary In the Sun, produced by Kerry Washington, showing the long-term effects of sun exposure on the skin. Beyond producing feature films, Neutrogena Studios teamed up with the Ghetto Film School, a nonprofit with locations in New York, Los Angeles, and London, to launch the First Frame program, which enlists Gen Z filmmakers to create short films aligning with the brand’s mission. For one of the program’s competitions, applicants were asked to write scripts about loving the skin they’re in and not viewing it as a barrier. Grammy-nominated sibling duo Chloe x Halle served as judges on the panel, and helped select Sarah Jean Williams and Kyra Peters as the winners, each of whom won a $25K production award to develop their short films. Williams, a student at NYU Tisch, won with her script for En Avant, which highlights “the internal struggle of a Black ballerina with self-acceptance as she faces racism in a white-dominated art form,” while fellow NYU student Peters’ script for If My Voice Rang Louder Than My Skin tells the story of a young man who imagines a life where his Black skin no longer affects mundane daily tasks, like jogging in public, or wearing a hoodie. They will receive high-impact training and production programs as well as mentorships for their filmmaking processes through intensive script development, directing, producing workshops, and full-time coaching. According to the Bailey sisters: “The stories produced from this partnership are so important to tell because they open the conversation around what it means to truly accept your skin and love it unconditionally. These young women were chosen because of their impactful storytelling and we are excited to see the final films once completed.” 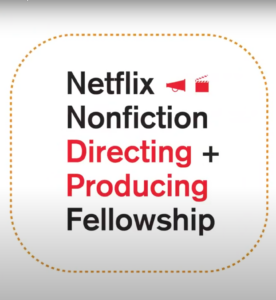 Netflix’s Content Creation Program
Neutrogena isn’t the only brand teaming up with the Ghetto Film School: The nonprofit announced earlier this year that they are partnering with Netflix for a yearlong fellowship program to give “up-and-coming documentary and nonfiction filmmakers a major career boost, particularly for people of color.” As part of their $100 million pledge, Ghetto Film School was one of the organizations Netflix invested in and together, they developed the Nonfiction Directing + Producing Fellowship as part of their Content Creation Program. It is open to all applicants across all demographic groups over the age of 21, but “a central focus of the fellowship is to create opportunities for burgeoning nonfiction directors and producers who tell stories from the BIPOC perspective.” Accepted participants will have the opportunity to shadow directors and producers, and the curriculum will include virtual master classes, networking sessions with industry executives, and fellows will receive a stipend, which is fully funded by the streaming service. During Juneteenth, Netflix announced their winning films from the inaugural class of the program, which featured three films from emerging Black filmmakers: Silence of Friends by Nia Stanford, Divinity Streak by Jess Waters, and Day Into Knight by Sara Jean Williams (who also won for her script in Neutrogena Studios’ program), which were made available to view on Netflix Film Club’s YouTube Channel. 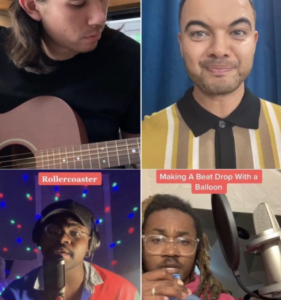 TikTok’s Summer Songwriting Academy
We told you how TikTok was one of the companies that have been taking major steps to being more diverse and inclusive, and one way they did that is by launching the Summer Songwriting Academy last summer to help diverse emerging musicians break into the industry. To develop the program, the Gen Z app (known for organically creating viral music stars) partnered with the After-School All-Stars, Sony/ATV, and Syracuse University. The initiative was started to assist students of color with less access to resources to find a platform to “express the experiences and inequalities of their communities.” In last summer’s program, thirteen students were selected to partake in the remote program. Every week, artists like Timbaland, Jozzy, and Jack Harlow livestreamed themselves sharing tips about their creative process and the stories behind some of their biggest hits, using the hashtag #BehindTheSong, which has 2.1 billion views. Last fall, they also launched a “TikTok for Black Creatives” program to nurture and develop 100 Black creators and music artists to help advance their careers. “Black creators on TikTok have been a driving force for our community, from starting trends to fostering connections to introducing new ways to entertain and inspire others, and we’re committed to continuing to elevate and amplify their voices,” the company said in a statement. 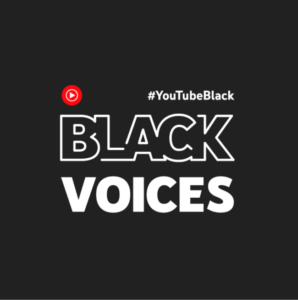 #YouTubeBlack Voices Program
YPulse found that 48% of 13-39-year-old BIPOC consumers feel that YouTube offers entertainment they feel is diverse and inclusive, and it is another social platform that took the initiative to become more diverse and inclusive in the last year by supporting Black creators through their $100 million, multi-year project: The #YouTubeBlack Voices program. They announced their #YouTubeBlack Voice Class of 2021 at the beginning of this year, and selected 132 creators and artists from countries such as the U.S., the U.K., Kenya, Brazil, Australia, South Africa, and Nigeria. Even the industries that each creator is from is diverse from music to art, and beauty guru Nyma Tang, who we said is a BIPOC influencer to watch, was one of the recipients. As part of the program, YouTube will support and fund the participants as they grow their channels, host training sessions, workshops, and networking programs. And over the next few years, they plan to help more than 500 creators around the world. For the first wave of selections, YouTube invited creators who previously participated in YouTube Black events and programs to apply and evaluated applications based on channel performance and engagement metrics, while candidates were reviewed by a global panel of staffers from YouTube who have a knowledge of, and experience with Black music and culture. According to YouTube’s VP of Responsibility Malik Ducard: “It’s hard to understate the impact Black music culture has made not just in America but around the world,” he said. “This is not just us doing for them. They do it for us because they make our products better. Our hope is these artists will become the biggest and most influential Black voices on our platform.” Back in 2016, the video platform hosted their first YouTube Black Summit, and included several influential creators, but following the Black Lives Matter protests last year, Ducard said the company “wanted to do more.” 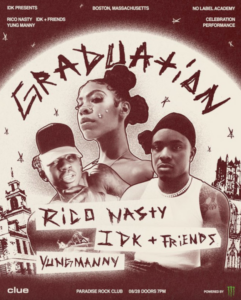 IDK’s No Label Academy
After putting a call for applications in June, Jason Aaron Mills (a.k.a. IDK) will be debuting his 10-day program No Label Academy this month, which is a free, comprehensive music business course that focuses on building a pipeline for BIPOC talent to kickstart their music careers as well as democratize and reframe “what is attainable in the industry.” According to the rapper, no music or artist experience is required, and the tuition and all expenses will be covered. While the program was initially started as a partnership with Harvard, they are no longer affiliated with it. But the course’s brand sponsors include Logitech, Nike, Converse, and many others. IDK just announced in an Instagram post that Rico Nasty and Yungmanny were among the more than 20 students who got accepted in No Label Academy, and that he was working with Live Nation, Up and Up, and Monster Energy for a GRADUATiON show. According to IDK: “I decided to create this program for the purpose of letting people in the BIPOC community know that a job in the arts is a lot more realistic than what society makes it seem these days.”

North America
Media Brands Are Blurring the Lines Between Gaming & Other Content
We predicted the gamification of entertainment—here’s how it’s going… TL;DR ...
North America
7 Groups Making Outdoor Adventures More Inclusive for BIPOC Young People
These organizations and brands are coming up with ways to make outdoor spaces and a...
North America
Most of Gen Z Can’t Afford Gucci—Here’s How the Brand is Reaching Them Anyway
Gucci has embraced the metaverse, gaming, and digital currency to win next gen cons...