Do Young Consumers Think Brands Have Been Following Through On Their Anti-Racism Promises?

After last year’s Black Lives Matter protests, many brands faced a reckoning and were quick to respond with statements of support and promises that they would do better. Last week, we looked at some of the brands who have been making efforts to uphold those promises to become more diverse and inclusive, but not all have followed through.

Earlier this month, Tribal Dynamics reported that fashion brands mostly stopped talking about racial injustice for the rest of the year, and the conversations only ramped up again because of Black History Month. Based on the top 50 fashion brands, #BlackLivesMatter had earned media value of more than $3 million in June, but it dropped to $380K by July to $77K by October and even lower to $21K in December, while #BLM followed a similar pattern.

Last year, YPulse found that most young consumers wanted brands to be involved and show their support for the movement—and we warned that vague statements of solidarity were not enough. So how do young consumers feel about brands’ efforts to address diversity & anti-racism? We used our on-demand survey platform PULSE to find out, first re-asking the question we asked in the wake of the protests last year: Do they still feel that brands should be involved with Black Lives Matter? 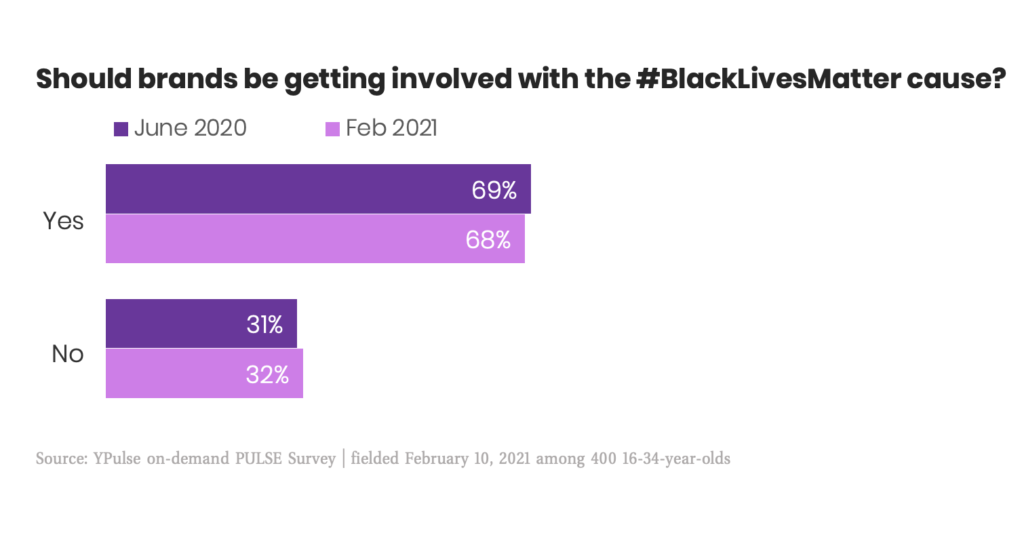 Young people’s views on this issue have not changed in the last eight months: 68% of 16-34-year-olds believe that brands should be getting involved with the Black Lives Matter cause. They feel just as strongly about this as they did in the midst of the protests, which means just because they aren’t marching right this minute doesn’t mean brand support should disappear.

But while they overwhelmingly still want brands to be involved in this cause, we found that the majority don’t believe brands have been holding up their promises, and doing enough to support: 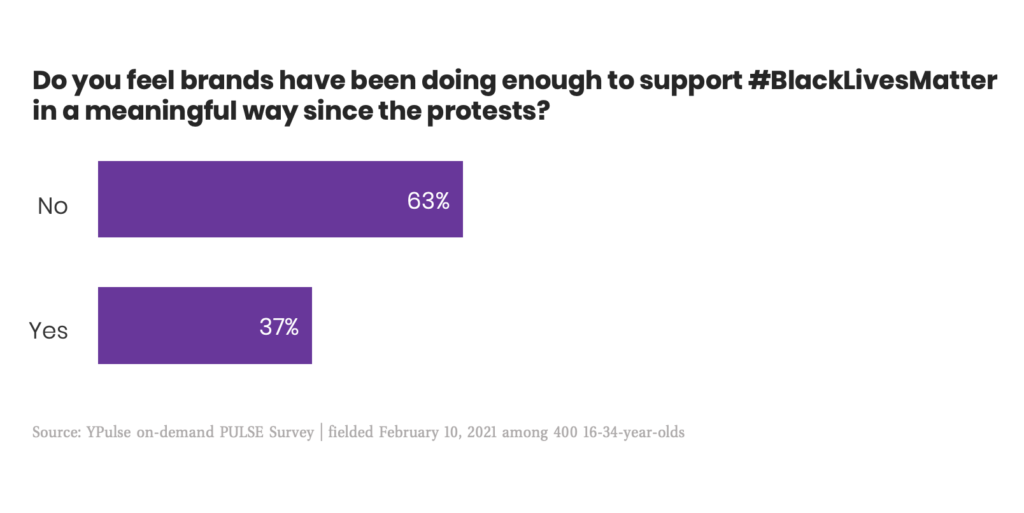 Over three in five tell us that brands have not been doing enough to support Black Lives Matter in a meaningful way since the protests. We also found that 53% of young people say after posting messages of support last summer most brands didn’t do anything. Continuing to communicate the efforts that your brand is making to address diversity and anti-racism is essential. Netflix recently released their first inclusion report, which revealed how much people of color they have employed at their company—and the steps they’re taking to become even more inclusive. Brands should be regularly sharing their progress.

We also checked back in on exactly what young consumers want brands to be doing to support Black Lives Matter. YPulse asked this same question in June of 2020, and found a few things have changed: 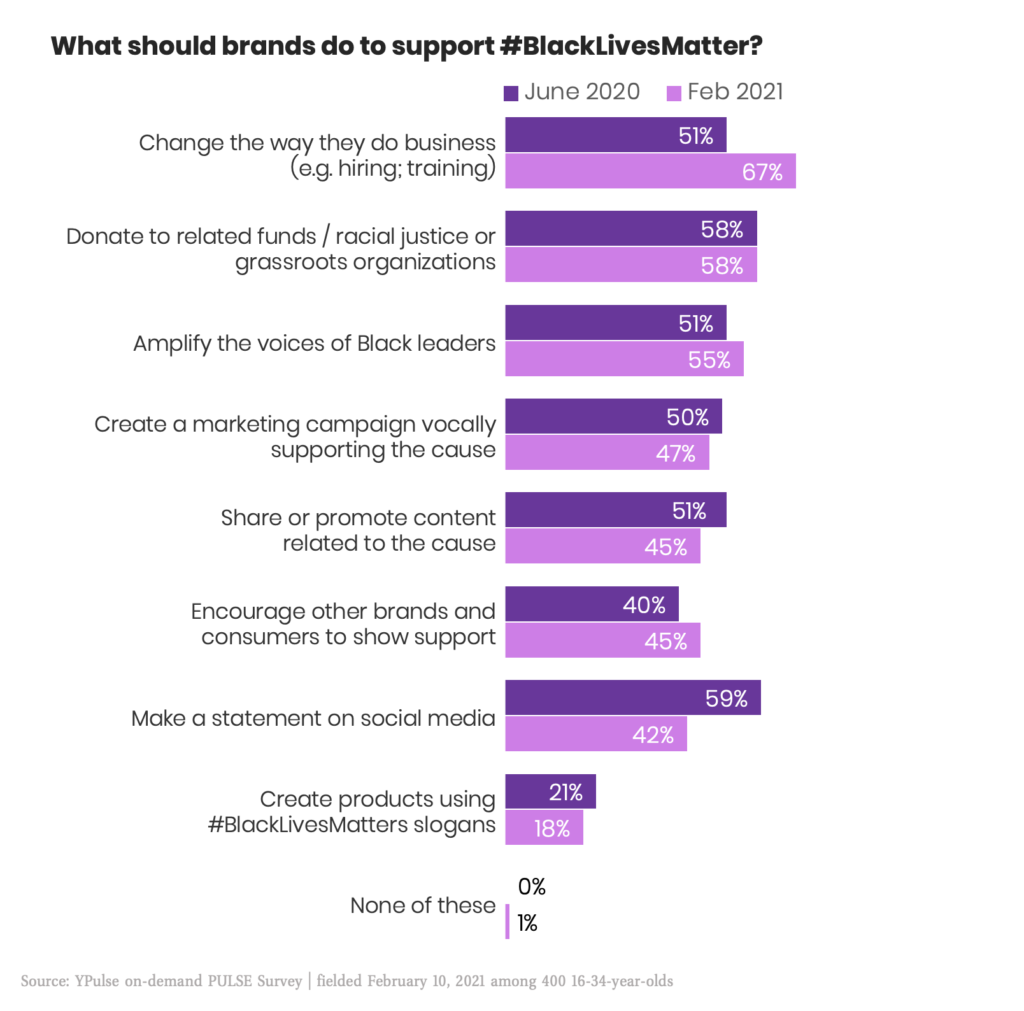 Donating to related funds, racial justice, or grassroots organizations is still one of the top ways that young people want brands to show their support. But the number one way that they want brands involved has shifted considerably: In June, 59% wanted brands to make a statement on social media, making it the top action item on the list. But that has decreased significantly, and now, the top thing they they want is for brands to change the way they do business. Their desire for meaningful action has only intensified, while their tolerance for well-meaning shows of solidarity without the accompanying action has diminished.

North America
Pretty Much Everyone Is Playing Wordle on The Viral List
Wordle (no, it’s not an app) is the new Words With Friends, the Golden Globes Awards ...
Western Europe
How Young Europeans Are Following Pop Culture, in 2 Charts
We asked Gen Z and Millennials in Western Europe where they're getting their p...
North America
What Do Gen Z & Millennials Have Planned for 2022?
From improving their mental health to being more adventurous, we asked Gen Z and Millen...