Gen Z & Millennials’ Views of the U.S. Are Not Improving 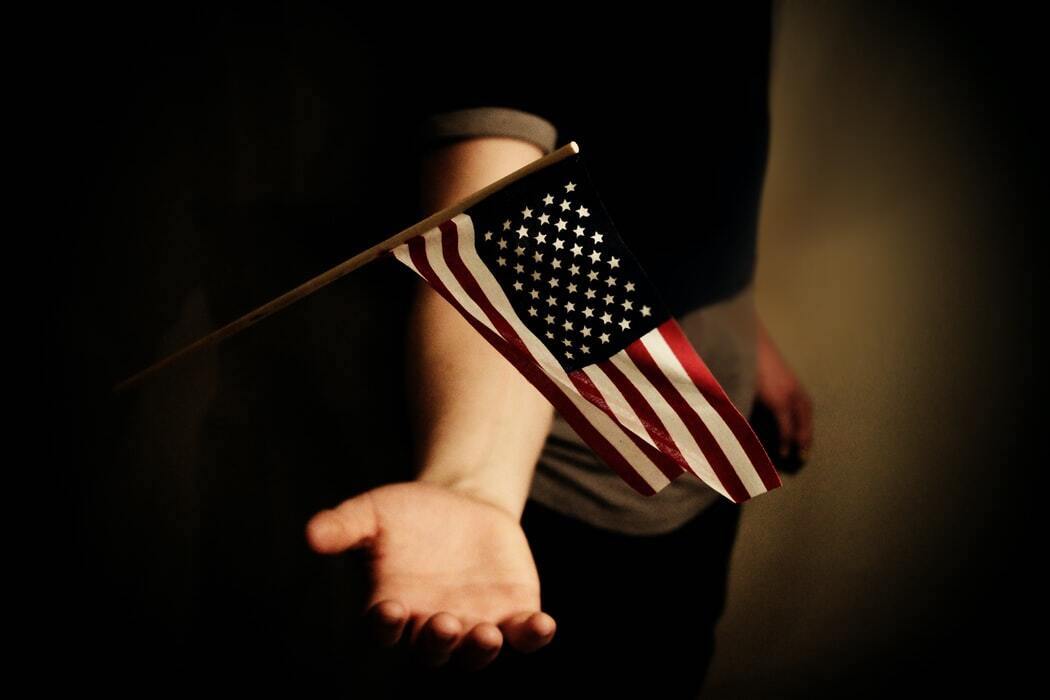 During a year taken over by a pandemic and political upheaval in the U.S., young people believe these issues have gotten worse…

Last year saw a wave of activism and social reckoning among young people in the U.S. as they pushed for change in an unprecedented way. But even before 2020, young people’s views on America were already shifting—how has the last year impacted those views? Our recent 4th of July and America Views behavioral report delved into young people’s feelings about their country,  patriotism, and how they feel about the issues that matter to them. Every year we ask Gen Z and Millennials if they feel that problems like racism, environmental sustainability, gun violence and more are getting better or worse in the U.S.—and this year their responses reveal the impact the last year has had on their world views: 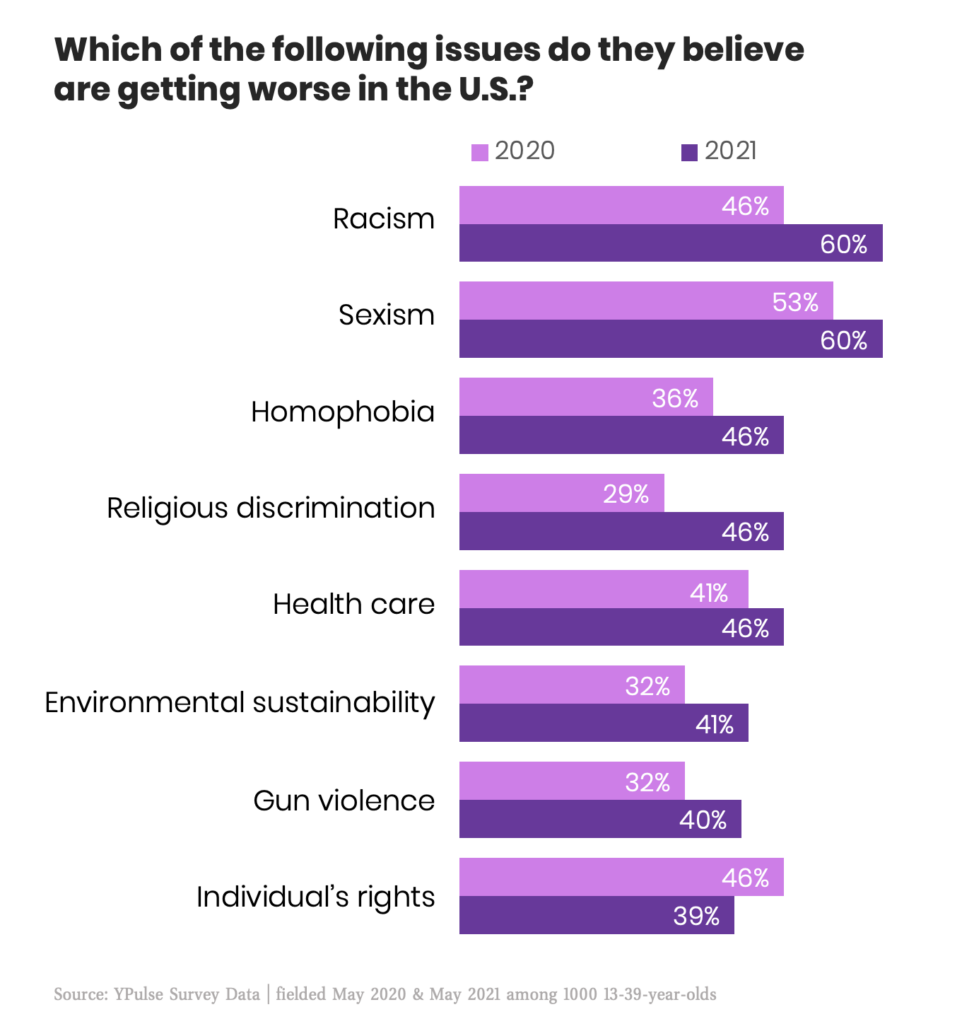 Nearly across the board, the number of young people who believe that serious issues in the U.S. are getting worse have increased in the last year. Over half of young people believe that racism and sexism are getting worse, and roughly half believe that homophobia, religious discrimination, and healthcare are getting worse. Racism in particular saw an increase in the number of young people who believe it has gotten worse. More than half (55%) of 13-39-year-olds say it’s gotten worse in 2021 compared to 46% last year, in fact the number who say it has gotten “much worse” increased from 24% in May 2020 to 36% in May 2021. Last year, Gen Z and Millennials told us that racism and discrimination are the biggest problems they face,

An increase in awareness among some young people is likely behind the shift. With the Black Lives Matter protests and the #StopAsianHate movement happening in just the last year, more young people have become educated and more conscious of systematic racism. This becomes particularly clear when looking at responses of White/non-Hispanic young consumers: The number who feel racism is getting worse increase from 43% in May 2020 to 56% in May 2021, with the number who feel it is “much worse” increasing from 21% to 31%. Their awareness of racism has undoubtedly seen a change in the last year.

But while their responses may paint a bleak picture of young people’s perspective about America’s future, there’s still a lot of hope. In the same survey this year, 62% of Gen Z and 63% of Millennials agreed that their generation will change the U.S. for the better, and our causes and charity research shows that young people—especially Gen Z—believe their generations can make the biggest difference in the world.