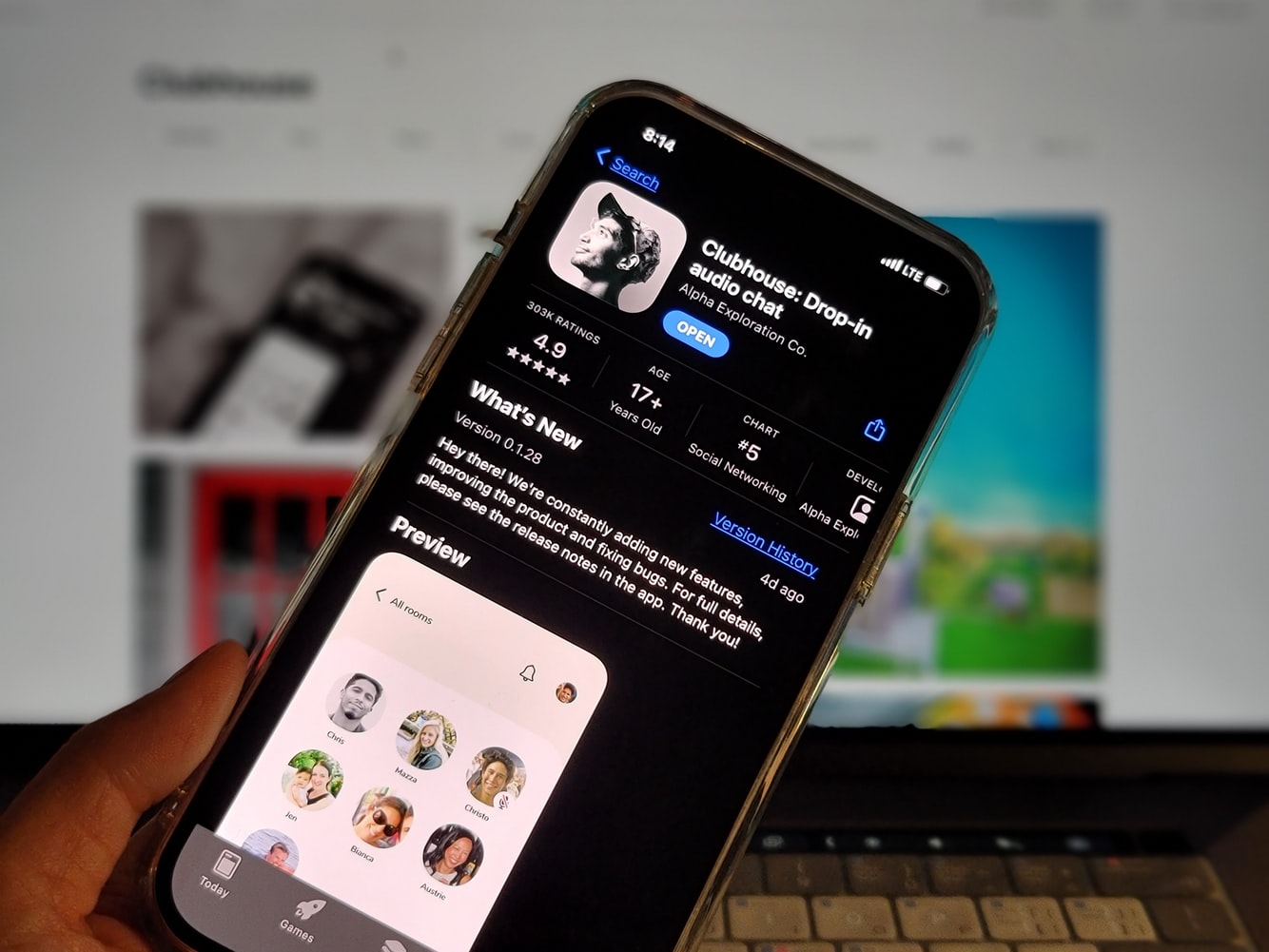 Thanks to Clubhouse, audio-focused apps are quickly growing in popularity. Here are four new social listening platforms that want to reach young users…

We called audio-only app Clubhouse a social platform to watch in 2021—and this year brands have been experimenting with ways to join the conversation. Clubhouse’s “drop-in audio app” function has helped it stand out from social competition, and what started out as a networking app for techies and venture capitalists has attracted major celebrities like Oprah, Tiffany Haddish, Kevin Hart, and Jared Leto. Brands have taken notice and begun “testing the waters” by partnering with popular “rooms” to reach listeners. For instance, pizza startup Slice teamed up with the hosts of the “nyu girls roasting tech guys” club to send a free pie to users who “failed to win a date” in their “shoot your shot” room, while Square-owned Cash App sponsored a giveaway program with the Black Bitcoin Billionaires club to give away 1 million satoshis (around $515) to users, and the Kool-Aid Man popped up in “a bizarre Clubhouse room” alongside entrepreneurship evangelist Gary Vayerchuk and LA Dodgers player Justin Turner.

Clubhouse has raised $1 billion and claims to have two million weekly users, and according to Sensor Tower Inc., the app has more than 14 million downloads—so it’s not a surprise that existing social platforms are looking to copy their audio-approach. In December 2020, Twitter launched their “live audio chat rooms” function Spaces, and are planning a swift expansion—even beating Clubhouse to Android. Facebook has reportedly been developing a competing function that appears to be “a live audio broadcast experience that’s more of an extension of [the] existing Messenger Rooms, rather than a standalone app experience.” Meanwhile, Instagram is in the process of creating a “Live Rooms” feature that lets up to four users broadcast together simultaneously, and engage in talk shows, jam sessions, host Q&As or tutorials, or co-create with other artists. Today, Spotify announced that it will be launching its own competitor as well by acquiring Betty Labs. According to the music streaming platform, live audio is ideal for creators who want to connect with audiences in real time, whether that’s to premiere an album, host a Q&A session, or possibly perform.

But it’s not just the existing big social media players that are jumping on the audio bandwagon. A wave of audio-focused apps have been emerging, with many of them aiming to reach young users. Here are four other newly launched audio apps fueling the emerging format: 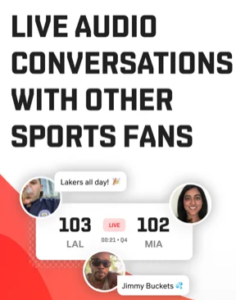 Locker Room
Though they have a reputation for approaching sports viewing differently from previous generations, over half of young people—and 66% of young males—tell YPulse that they consider themselves a sports fan. Of course, even before the pandemic, social media was changing their sports viewing and fandom, and now digital spaces are the main way they’re connecting. “Live audio” app Locker Room is capitalizing on that shift, allowing users to actually engage with other sports fans, insiders, and even athletes, and participate in live audio conversations all about sports. Users can create or join live chat rooms and have sounded off on live sports through exclusive analysis about general sports news, trade, and rumors. It also has built-in features for users to record more “polished” sports analysis and publish it later. According to Sensor Tower Inc., Locker Room also saw downloads jump more than 400% from the period of December to March. The platform has basically “tapped into sports fans’ desire to share in real time the glory of a late-game goal or outrage over a ref’s call at a time when stadiums and sports bars were closed.” Founder and CEO of Betty Labs, developer of Locker Room, said: “We can’t bottle that energy, we can’t bottle that analysis, we can’t bottle those reactions for later.” However, Spotify’s recent acquisition of Betty Labs could change the app’s future: Locker Room will stay live in the App Store, but it will potentially be rebranded with a different name in the future with a broader focus on music, culture, and sports content. 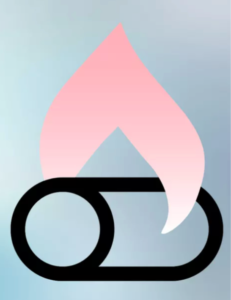 Fireside
Last month, entrepreneur Mark Cuban announced that he is co-founding Fireside, a podcast app where users can talk to each other live—and will directly compete  with Clubhouse. It is being touted around as the “next-gen podcast platform,” which will launch later this year, and reportedly aims to facilitate live conversations and foster “civil intelligent discourse, shared connected experiences, and genuine relationship building virtually,” which will “promote driving social impact through meaningful conversations at scale.” As part of their goal, co-founder Falon Fatemi is reaching out to established podcast creators about “Founding Firesider” spots, seemingly to build an initial roster of high-profile Fireside users. Unlike Clubhouse, users will be able to “natively record” those conversations. YPulse’s most recent entertainment survey found that 62% of 13-39-year-olds listen to podcasts, with 26% report they listen to podcasts every week. 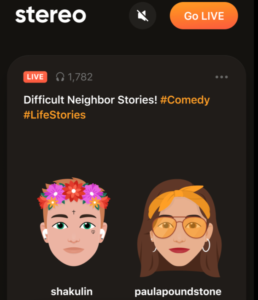 Stereo
Similar to Locker Room, Stereo also saw downloads jump more than 400% from the period of December to March—but this audio app’s focus is more broad. Launched last August, is a live broadcast social platform that allows celebrities, musicians, artists, politicians, and educators to “build a more intimate relationship with their fan base by engaging them in real, down-to-earth conversation[s.]” Their mission states that they want to combat loneliness by providing a platform for debate and education, a destination for entertainment, a vehicle to advance purpose and cause-related campaigning as well as an opportunity for users to expand their network of friends and followers. Users can engage with the app by listening in, seeking out topics, and joining conversations pertaining to issues and topics that interest them. Through their search feature, it allows them to filter through topics, genres, conversations, or personalities that they’re interested in. 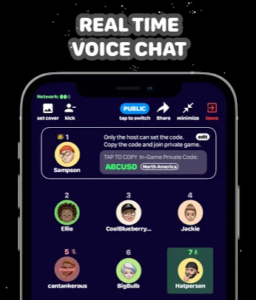 Lobby
YPulse’s Gaming report found that 94% of 13-39-year-olds play video games in some capacity—and between the massive growth of Animal Crossing: New Horizons, Fortnite, and Roblox in the last year, it’s evident that the line between social spaces and gaming spaces is continuing to blur. Twitch and Discord have also become popular platforms for gamers to stream and chat. Meanwhile, new dating app 2up helps gamers connect and match. Now, a new social gaming app wants to merge several concepts into one as well as specifically target kids and teens. Lobby allows users to instantly match with other users to make new friends—and lets them watch gamers together and talk in a real-time voice chat room. When users are done hanging out and chatting, they can keep in touch, and when they want to play again, all they have to do is join the room with one tap.