4 Ways Fast Food Is Changing to Appeal to Young Consumers

As COVID changes the way young consumers eat and order food, fast food brands are making big changes to appeal to them…

During COVID, comfort foods have been having their moment—and that applies to fast food too. Almost 70% of young people told YPulse they had ordered fast food regularly in September, an increase from 61% who reported going monthly in 2019, with 36% reporting they’ve had it often or very often. But there have also been major challenges for the industry during this time. With young people’s daily routines and commutes majorly altered by the pandemic, QSR brands have struggled with some offerings. And like so many industries, they’ve also had to make some quick pivots to accommodate new realities of social distancing, ecommerce, and more.

As they’ve rushed to make changes, some major long-lasting trends have been sparked for the industry—some of which align with what young diners have been wanting out of fast food for years. Here are some of the ways fast food brands are changing to keep up with young consumers’ preferences during the COVID era and beyond: 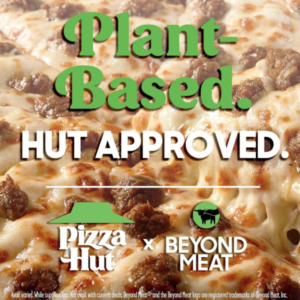 Young consumers were already fueling the fake meat industry pre-COVID. When Burger King launched their Impossible Whopper last summer, their Yscore saw an almost 50% increase almost 50%. Since then, fast food chains like Chipotle and Dunkin’ have added plant-based options to their menu as well. At the beginning of 2020, we predicted that plant-based everything would take over—and we weren’t wrong. COVID actually accelerated the plant-based meat trend thanks to hygiene and health concerns, meat processing plant closures, and meat rationing in supermarkets. This month, McDonald’s (one of the notable holdouts to the plant-based trend) announced the launch of McPlant, their very own plant-based meat alternatives which include burgers, chicken substitutes, and breakfast sandwiches. And despite the initial roasting of the name choice, it will likely be successful. However, McDonald’s isn’t the only fast food joint recently jumping on the alternative meat trend: The same week McPlant was unveiled, Pizza Hut partnered with Beyond Meat to add two plant-based meat pizzas to their menu, both featuring “a faux sausage blend”—the “first national pizza chain” to do so. According to one expert, fast food chains are “clearly committed” to this trend, and they’re expecting 2021 to be “an explosive year” for the industry. 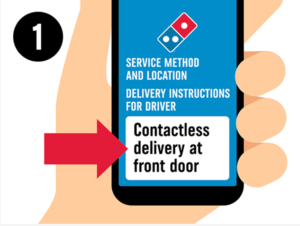 Back in 2018, 79% of young consumers told YPulse they like using kiosks and tablets to order fast food—signaling the importance of integrating tech into the QSR experience. The pandemic has definitely fast forwarded that need as most restaurants were forced to temporarily shut down and limit indoor dining, making online and mobile ordering a priority. In September, Burger King unveiled two new restaurant designs which will have dedicated mobile order and curbside pickup areas, drive-in and walk-up order areas, enhanced drive-thrus, exterior dining space and sustainable design elements. The first newly designed restaurants, which the company claims will be 100% touchless and 60% smaller than a traditional restaurant, will be built next year in Miami, Latin America, and Caribbean. Meanwhile, Chipotle debuted Chipotle Digital Kitchen, their first “digital-only restaurant” earlier this month in Highland Park, New York. It handles only pickup and delivery orders that can only be placed via the chain’s site, app, or third-party delivery services like UberEats. And while the space won’t allow indoor dining, it will still have the “sounds, smells, and kitchen views of a traditional Chipotle” for fans who miss the experience. Meanwhile, coffee chain Starbucks is planning to build more locations in urban areas designed specifically for “takeout and advance ordering” with hopes that a “greater emphasis” on online ordering will make the store format more attractive. Perhaps the one fast food brand who was ahead of the curve was Domino’s Pizza, whose early “touchless transactions” helped them thrive throughout COVID. When the virus hit, the pizza chain was able to quickly pivot, thanks to the new contactless service they were already testing pre-pandemic. One of their new tools allows “time-pressed customers” to pick up orders without entering the store: customers simply check-in using the Domino’s app and an employee drops the pie off in the trunk of their car. The brand’s sales and stock price have reportedly surged thanks to the innovation. Aside from the “Carside” pickup feature, Domino’s introduced innovations like GPS order tracking, a “pizza pedestal” for drivers to place a pie without touching customers, and they are currently developing delivery e-bikes and driverless vehicles. 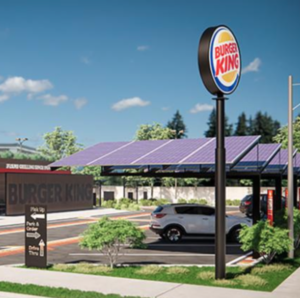 One of the most standout and popular features being added to many fast food brands are “high-tech” drive-thrus and drive-ins. Last month, we told you how brands are using cars to bring back in-person events. Resy’s, for instance, created a drive-thru concept to create a “fine dining” experience. Now, fast food brands are making plans to integrate them more into their business. Along with their new plant-based offerings, McDonald’s has plans to revamp the way customers order: Already, some of their drive-thrus in franchise locations have been incorporating voice-assistants to take orders, in place of a human, powered by service-focused startup Apprente, which the fast food giant acquired last fall. One of their more ambitious ideas includes a “high-tech” drive-thru lane exclusively for pick-up orders that delivers food on a conveyor belt system—similar to “deposits-only window at the bank.” They’re even considering a concept with limited or no indoor dining at all—just a kitchen surrounded by drive-thru lanes and pick-up parking. According to the company, 70% of McDonald’s sales have taken place during the pandemic—and drive-thrus have been an essential way for brands to reach young people in cars. Meanwhile, Burger King’s new drive-in function will allow guests to park their cars under solar-powered canopies, place their orders through the BK app by scanning a QR code at the parking spot, and have their food delivered right to them. The curbside delivery part will allow visitors to pre-order their food through the app and notify employees when they arrive at their designated parking spot. The design includes multiple drive-thru lanes with digital menu boards and merch. One design option has a “suspended kitchen” that uses a conveyor belt system to deliver the food to each lane. 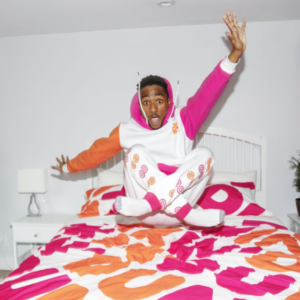 These days,  merch and celeb collabs are turning every brand into a lifestyle brand—and fast food companies are leading the trend. Dunkin’ and McDonald’s have made merch designed to capture young consumers’ attention a major focus this year and have seen major success. At the beginning of September, Dunkin’ partnered with TikTok star Charli D’Amelio to launch “The Charli,” a new whole milk and caramel swirl drink named after the influencer—and it earned the brand a lot of attention. It led to a 57% spike in the brand’s app downloads. Last week, Dunkin’ also brought back their branded merch from last year with some upgrades. The lineup includes shirts, robes, bedding, a mini-fridge, and a tandem bike, and for the first time clothing items and other accessories can be customized with the recipients’ name. McDonald’s went viral in September after selling out of their Travis Scott combo meals, which gave their business a boost during the pandemic. Along with the partnership, the rapper’s record label Cactus Jack worked with the fast food chain to drop merch that included t-shirts, hoodies, shorts, sweatpants, lunchboxes, cereal boxes, cardboard cutouts of a Scott action figure, house slippers with fry laces, and the much-talked about chicken nugget body pillow—all of which sold out, and have been reselling on sites like eBay for hundreds and thousands of dollars. They also collaborated with reggaeton singer J Balvin on limited-edition Big Mac shoes. And pre-COVID, they were already launching merch of their own: Last December, McDonald’s launched “Golden Arches Unlimited,” their first-ever, permanent online shop with themed-merchandise specifically designed for the chain’s customers and fans. Meanwhile, Burger King is taking a different approach when it comes to lifestyle: Their Japan branch teamed up with real estate agency Able for “BK Town,” a community of rental properties that are in the vicinity of their restaurants. They came up with the idea after they received “numerous complaints” from customers about there being no stores nearby “whenever a limited-time product was released.”