Super Bowl Ads Are Getting Off of TVs & Onto Social Feeds 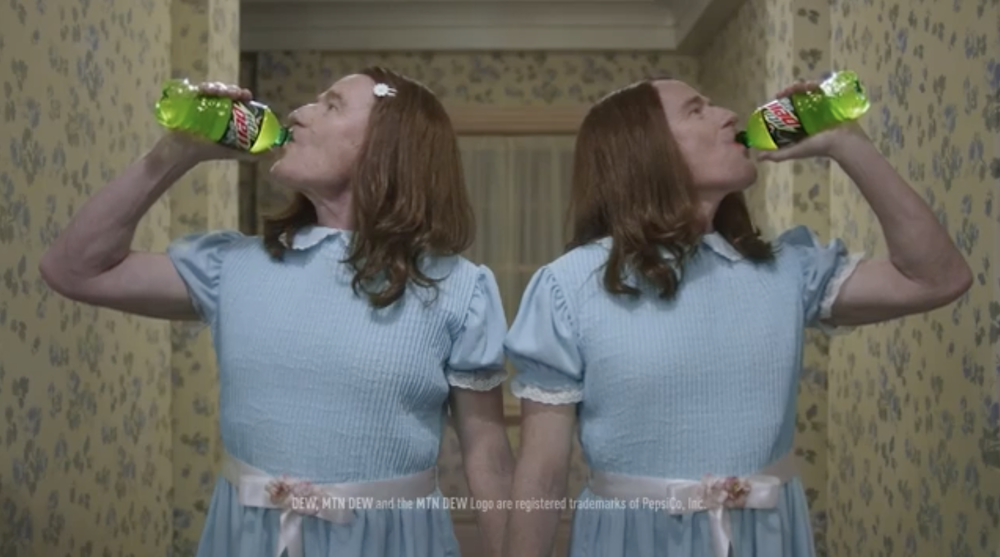 Super Bowl LIV is this Sunday, but most of the big brand spots can already be viewed online, either in their full of teaser form. Several of the big marketing trends we’ve seen in years’ past have continued, including unexpected celeb pairings: Gen Z favorite Lil Nas X stars in Doritos’ ad with Sam Elliot and his pal Billy Ray Cyrus. Several brands are showing up with girl power as their message: Olay’s spot sends actress Busy Phillips and YouTuber turned late night host Lilly Singh into space as astronauts, promising to donate a dollar to Girls Who Code for every tweet containing the campaign hashtag #MakeSpaceForWomen, and Secret’s ad wants to #KickInequality, showing a world where women score the big touchdown of a football game. Major stunts are another big theme this year, with Planter’s killing off their long-time monocled mascot Mr. Peanut in a pre-ad and planning to hold a funeral for the fictional character during their game spot (though this is reportedly being reconsidered in the wake of the recent Kobe Bryant tragedy). Tear-jerkers (with dogs), nostalgic references, and positivity are of course expected as well. As we did last year, we’ll be checking in with our brand tracker after the biggest night in TV-marketing to see if the commercials have any impact on young consumers perception of the brands in play.

It goes without saying at this point that many of these big ads have major social media components—hashtags that raise money, and even in Bud Light Seltzer’s case, the chance to vote on which ad will be shown during the game. This year, even the confetti that rains down on the winning team will have a social media twist: it will be printed with the supportive tweets of fans. But as we all know, there’s a whole lot of action happening on social media during live events, and some brands have taken their social media game to the next level to get the most out of the Super Bowl. Ever since Gatorade’s successful Super Bowl Snapchat Lens (back in 2016) it’s been clear that social media-specific campaigns can be a significant win for brands who want to reach Gen Z and Millennials during the big game. That Lens, which let users drench themselves with a digital Gatorade cooler, drove 160 million impressions—more than the 115 million viewers who watched the game that year. Today, Digiday reports that a 30-second ad during the Super Bowl is costing brands up to $5.6 million—which they point out can buy a heck of a lot of digital media. As we’ve said before, after years of halfhearted hashtags added to the end of ads, it’s been proven that the content off the TV screen matters just as much as the content on. After all, 50% of 13-37-year-olds tell YPulse that during live TV events, like sports games, they follow along on social media while they watch TV, and perhaps more importantly 36% tell us that they follow live events on social media instead of watching on TV. Here are 3 brands who are leveraging their social channels to capture the young consumers who might not have their eyes glued to those expensive commercial breaks: 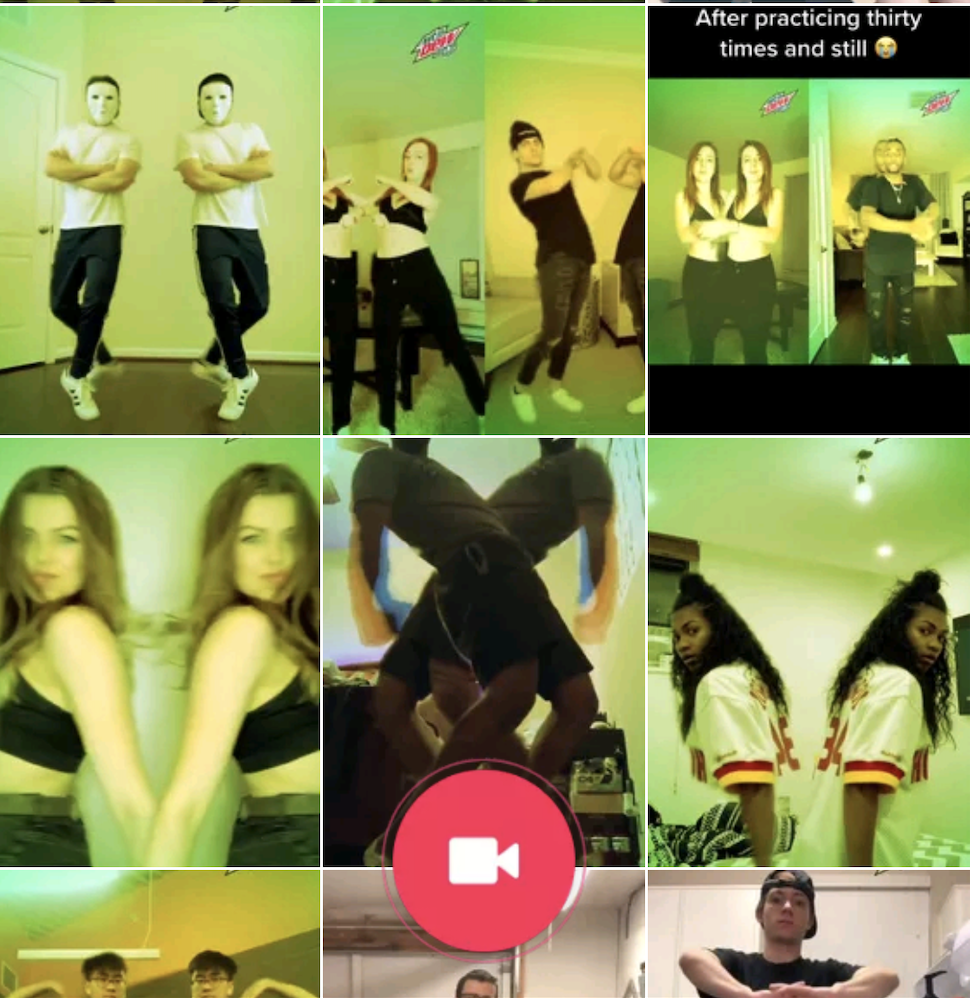 Mtn Dew is running a big commercial during Super Bowl LIV (already released online) with a mini-remake of The Shining starring Bryan Cranston and Tracee Ellis Ross. But, as Mobile Marketer reports, they’re also bringing the “MTN DEW Zero Sugar, As Good As The Original” campaign touting to social media, with associated campaigns on Instagram, Snapchat and TikTok. On Instagram Stories (a major marketing trend) viewers will be able to follow a parallel narrative about Tony, the imaginary friend that Shining character Danny Torrance talks to, and the brand is releasing an (ever-reliable) AR filter on Snapchat, where users will be able to put themselves into a scene of the commercial with the eerie and iconic twins. But they’re really going all out on TikTok, where, as the brand tells AdAdge they’re making history as the first CPG brand to create a special TikTok effect for users. The campaign effect allows TikTokers to split themselves into twins, and, of course, there’s also a dance challenge component. Their campaign hashtag, #AsGoodAsTheOG is already trending on the app (days before the big event) with a reported 439M posts. 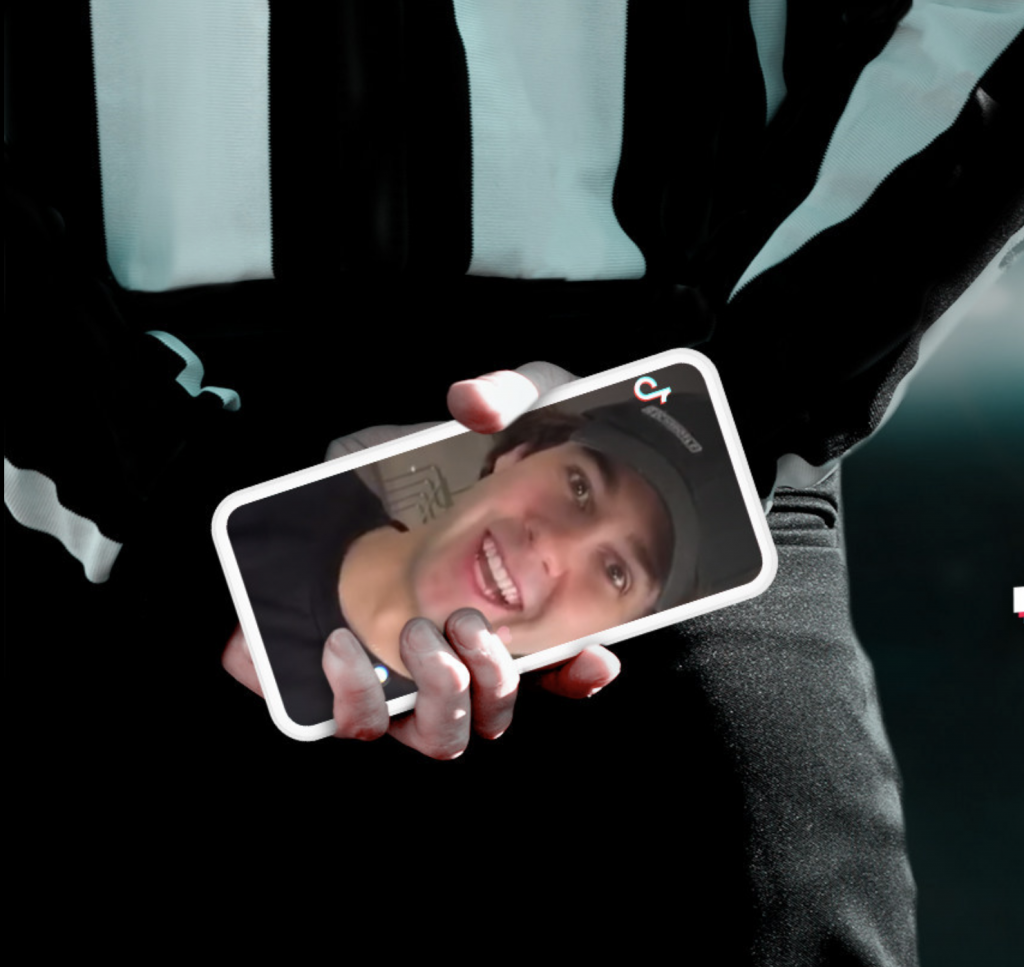 Unlike Mnt Dew (and Doritos, see below) Chipotle doesn’t have a TV ad for the big game—instead they’re focusing on disrupting TV viewing with social content during the event. Their “TikTok Timeout” campaign is tapping a host of major online creators, including David Dobrik and Zack King, to push out Chipotle-sponsored content during every commercial break and team timeout of the game. According to the brand, “The second screen is essential to the modern-day football viewing experience for Gen-Z, TikTok Timeout allows us to show up where our target audience is and optimize the entertainment value of the evening by delivering them fresh content featuring their favorite creators.” They report that 40% of their customers are Gen Z, and reaching them on their phones is a must. Users will be able to follow the #TikTokTimeout hashtag to watch new content roll in, and oh, and as TikTok is all about the background track, they’ll all be set to Justin Bieber’s new song “Yummy.” 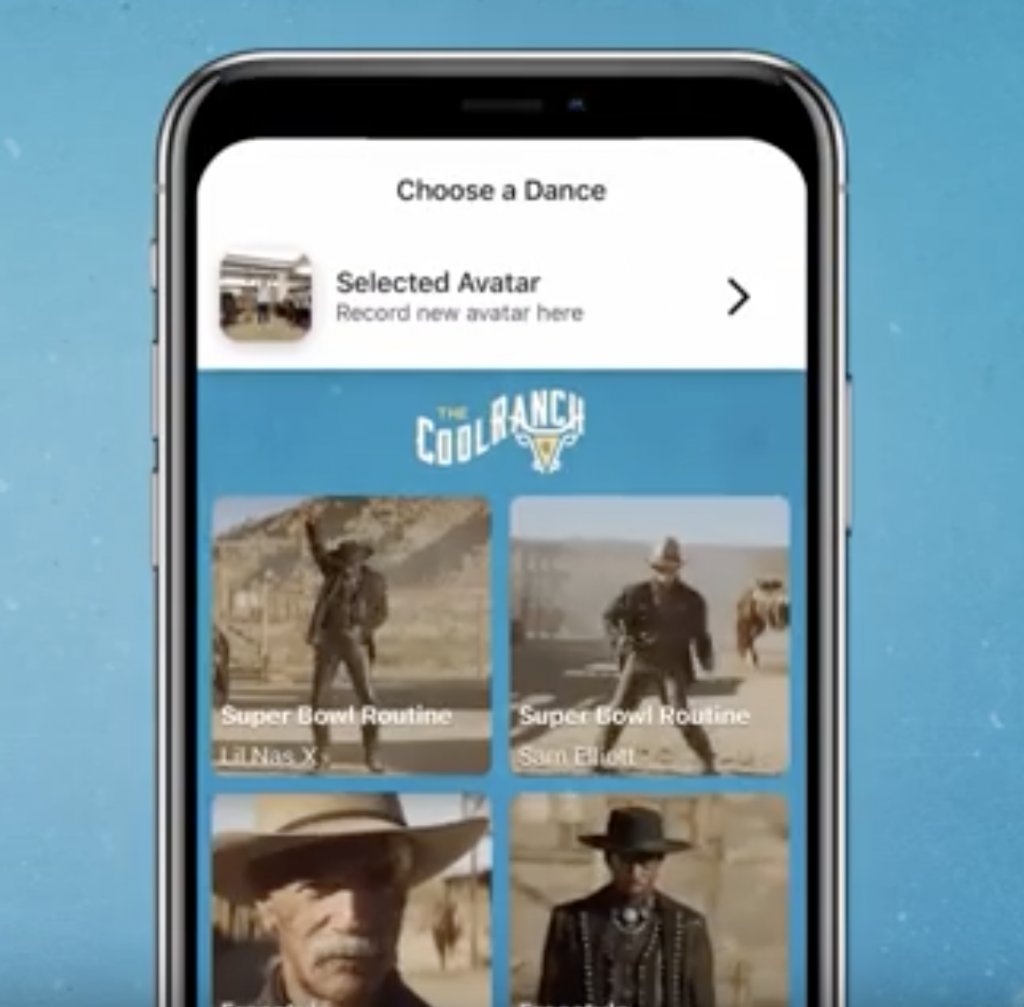 Doritos has already created a Super Bowl spot aimed right at young consumers’ hearts by tapping Lil Nas X and his monster-hit “Old Town Road”—and they’re also going after them on social media during and after the game. But in an unexpected move, the dance challenge isn’t (gasp!) TikTok focused. Instead, they’ve partnered with the AI app Sway: Magic Dance, which allows users to create deepfakes of themselves. Using Sway, fans can superimpose themselves into the impressive dance moves on display in the Lil Nas X and Sam Elliot spot. Sway users have been posting their videos on Snapchat and TikTok, spreading word about the app. Of course, those who aren’t using Sway (which is hardly a household name yet) will also be able to post their own #CoolRanchDance videos on other platforms—their ad ends with a hashtag callout—so we’ll see if the challenge trends organically elsewhere.